Ubud is a Shud

Our journey to Ubud, in Bali, on a moped didn’t start well with a police stop (for being foreign) resulting in a £300 fine that I managed to haggle down to under £10 – I was dead impressed by my skills. This sour start didn’t spoil the fantastic ride from Sanur to Ubud though. What should have been a mere 45 minute ride turned into an epic three hour journey due to our indirect route through stunning scenery and temples pulling us over so we could take a better look. The thing that struck us about the temples in Bali / Indonesia was the vast difference in design from other temples in SE Asia. Most were made of stone and a lot of them were very intricately designed. If I was to draw any comparison, it would be to Angkor in Cambodia, which I visited three years ago and which we will be returning later on this trip. 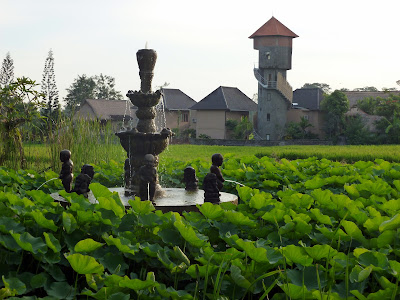 When we arrived, we found a run-down motel that seemed to be the only budget option available. Our first room had a giant gecko in it. 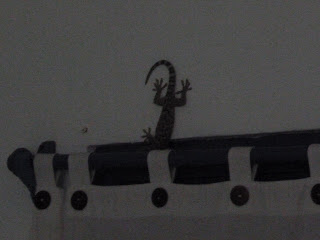 Our second room would be politely described as basic and is probably the worst place we have stayed in on this trip. However for $10 (in Bali), including a nice breakfast, I guess you can’t complain. We explored the touristy town of Ubud, seeing lots of monkeys outside the appropriately named monkey forest. We also saw some bizarre traditional outfits and masks for sale. 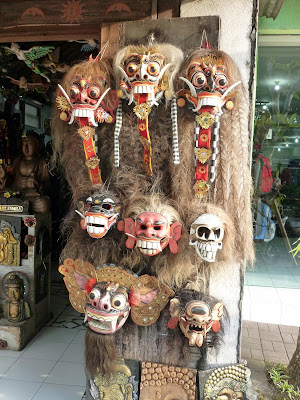 We spent that evening watching a traditional dance – it was very unusual and full of women making crazy hand movements with even crazier eyes. This was really quite a bizarre experience - watch the video! 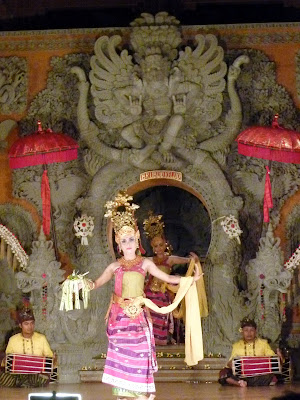 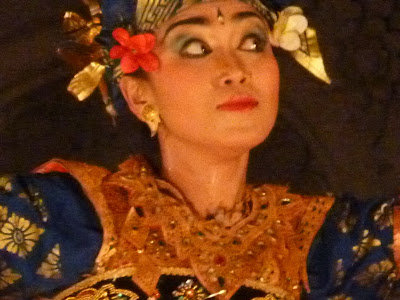 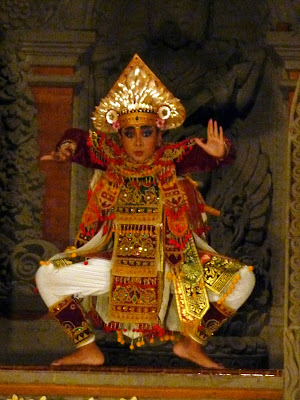 The second day we rode around for hours, getting lost and soaking up this new and exciting culture. 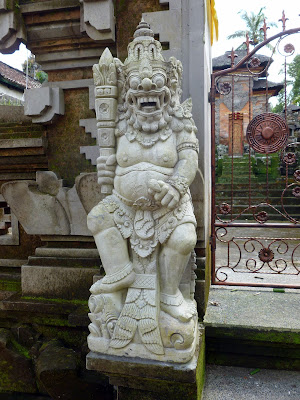 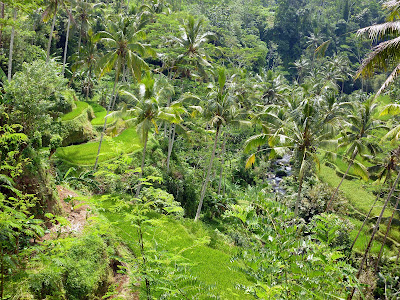 We went to Guning Kawi, a temple complex over a millennia year old, which we very much enjoyed. 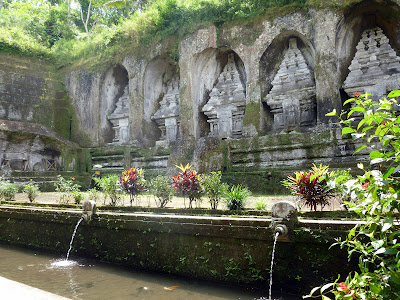 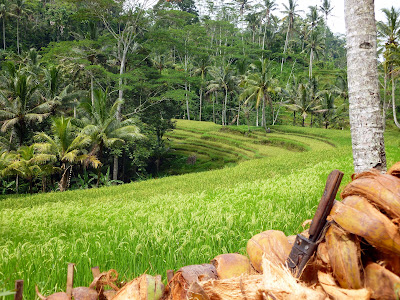 Ubud had successfully altered our perception of Bali – we were finally impressed and began to appreciate Indonesia’s fascinating culture.