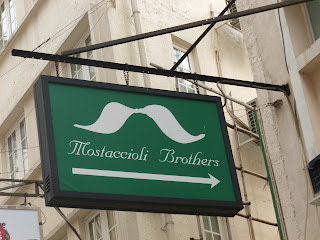 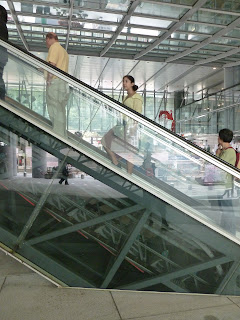 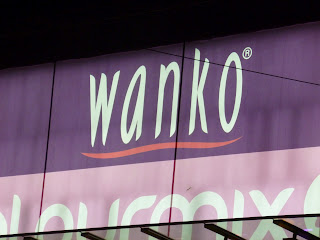 Hong Kong In My Mouth

Our trip was fleeting.
We prioritised eating.
We ate some Dim Sum.


One fantastic meal that we had was actually at Hong Kong airport...

While exploring the city, we followed our noses to some other delicacies too:


The meal Louise and Ray treated us to - Northern Chinese cuisine.

While in Hong Kong, we decided to treat ourselves to our first taste of Michelin star food. Of course, in true SobCoe style we did this at the world's cheapest Michelin star restaurant. We arrived 45 minutes before the place opened, and still had to wait another 40 minutes to get a table.
Let's have a look at the menu:

This gargantuan meal (of which we left enough for a lovely midday snack later on) came to a whopping £15 ($22)...TOTAL! The restaurant itself was cosy and humble (read: cramped and drab) but we highly recommend the experience, if you are willing to get up early and queue at 9am!

The food in HK was pretty darn good, and there looked to be a good selection of international cuisine too. All in all Hong Kong seems to be a foodie heaven and left a lasting impression in our mouths.

After the relaxing beaches & paradyxical (see definition) nature of the ‘Ppines, it was time to explore Hong Kong. We had two nights and three days to soak up the city so we did it at a blistering pace. We stayed with my family (whom I had never met); Louise and Ray and their son Jesse. What fantastic hosts they were! Both were as busy as you expect people to be in Hong Kong but they found the time to show us around and take us out to dinner. I know they are family but the hospitality of (near) strangers was still astounding – thanks again Ray & Louise.

Hong Kong centre is connected by an 800m escalator, which makes moving from place to place easier.
We don’t know if it was because we were staying in an expat home, or what, but Hong Kong really had a British feel to it – more so than anywhere else in Asia. Between the same font on license plates, familiar road signs and markings, and English (not American) spelling, it really felt like the UK. We know this is due to HK being an ex-colony but it was still nice to see after 14 months away from the motherland. This feeling resulted in the coining of a new SobCoe term:

Oasian: adj – A place in Asia that serves as a welcome, homely oasis for western travellers by reminding them of home in one way or another.
Anyway, we visited HK park; a beautiful sculpted & maintained garden in the heart of the city centre. 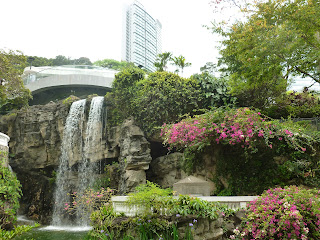 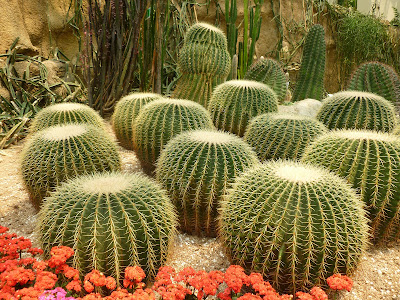 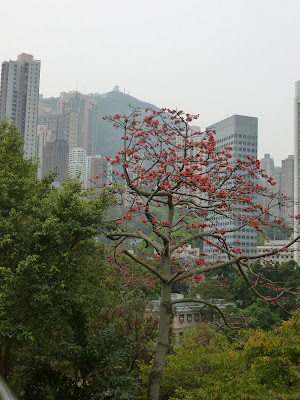 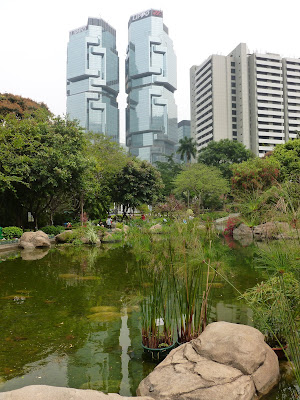 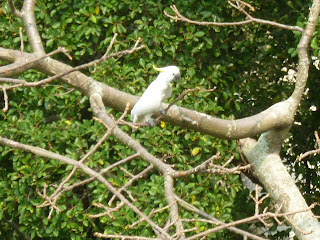 The HSBC building is very cool and has become a victim of the “Occupy Wall Street” movement – the first time we had seen any of this in person. 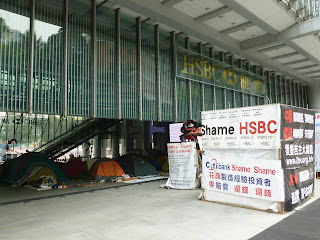 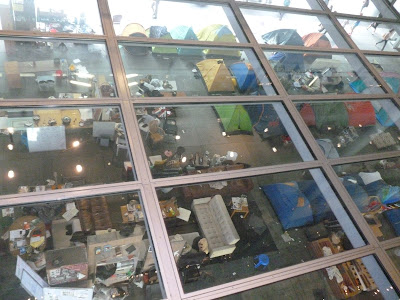 Around central were lots of tall, well designed buildings and an impressively large number of parks. It may surprise you to learn that over 60% of HK is in fact park or forest. 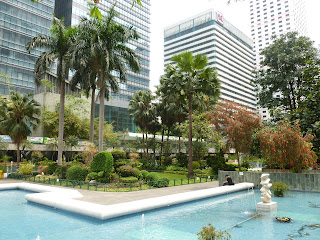 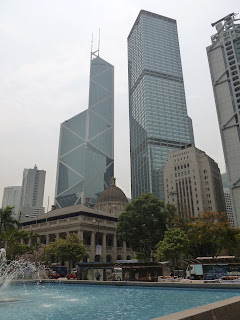 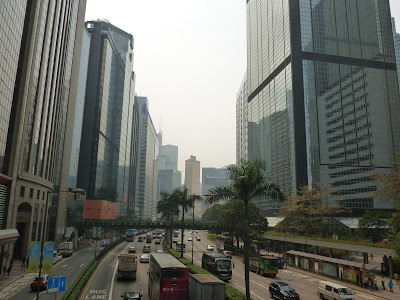 Our first day ended with Louise taking us on a hike up Victoria Peak, during which we all saw a firefly (Katie’s first!).

The Peak was overloaded with tourism but cool nonetheless and we got some lovely views of the city. The weirdest bit was the noise emanating from the city combined with the sounds of nature buzzing from the trees. 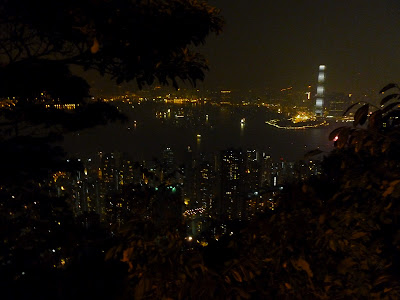 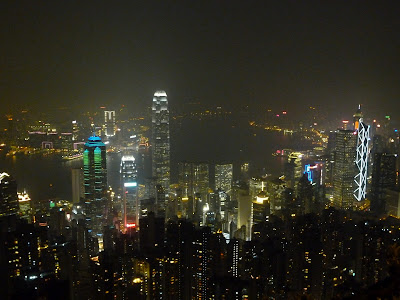 The next day started with a visit to the fairly decent history and science museums (free on Wednesdays!) where we learnt about the harsh British colonial rule and the even harsher Japanese rule during WWII.
We then went to Goldfish Street – a long street specialising in the sale of aquatic pets.
Next up was another market called Ladies market – perfect for buying clothes and tat! We very much enjoyed this market. 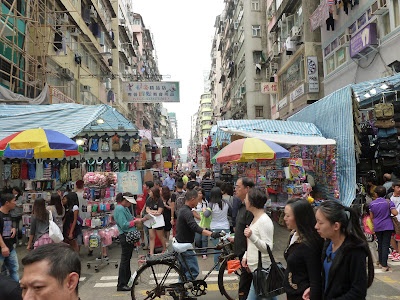 The Avenue of Stars afforded a smoggy view of the city and was a fun area of town. 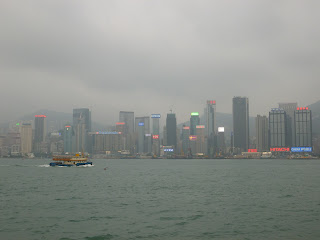 Ray and Louise then took us out for an amazing meal, which will be detailed in the food post!
After dinner we took the Star Ferry, which is a sightseeing must at night. It was really cool and showed off the bright lights of this Asian tiger, but we both agree that the night view in Shanghai was better. 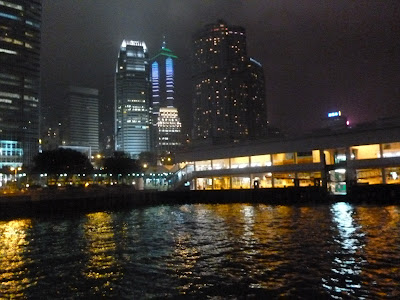 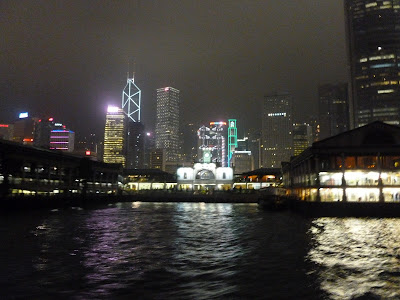 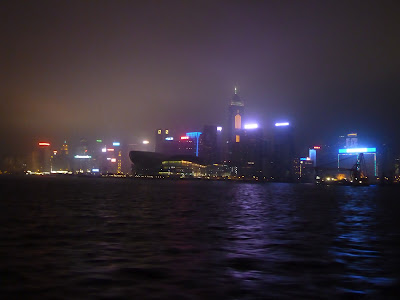 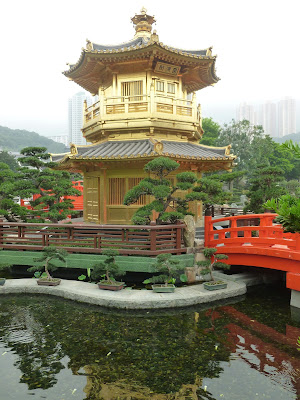 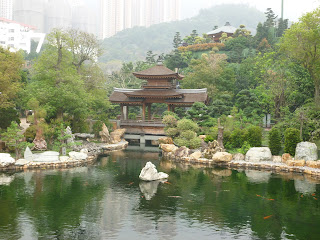 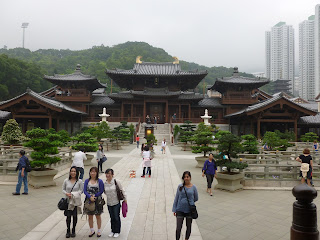 Hong Kong was a fantastic city break that we think everybody would love!