First of all I think the title is a little harsh on vanilla because it can be an amazing flavour of ice cream. That said, we all know it's an inferior flavour, clearly the weakest link and I have been known to laugh right in the face of someone who has said it's their favourite.
We arrived in Manila at 3:30am and got a taxi to our hostel. The taxi driver was seemingly nice but the hostel owner later informed us that he’d in fact ripped us off by driving in circles – good first impression.
A really old man limped towards the hostel gate when we arrived, like something out of the Addams’ Family. We slept in the reception, which was a really surreal, high-ceilinged, gold filled grandiose room, until our room was ready. (Hostel here) The next day we went to Intramuros, the old Spanish quarter of the city. We saw the oldest church in the Philippines and walked around the fort. 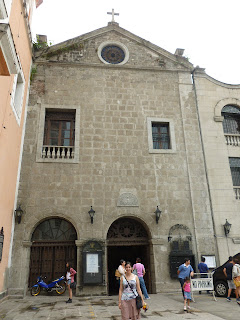 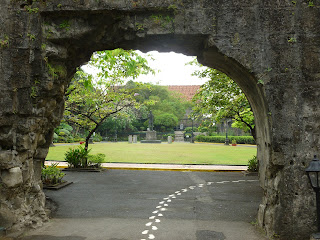 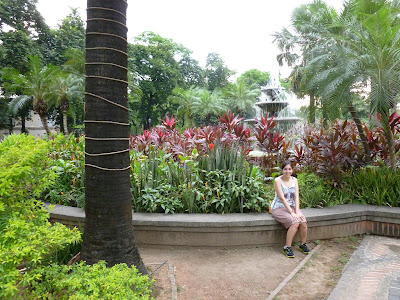 As we made our way back to the lovely hostel, it became apparent we were staying smack bang in the middle of the ghetto.
The next day we planned to go to a volcano called Taal. After 2 hours of hunting around for the bus, we managed to find it and were greeted by, not a bus, but a shed on wheels that was covered in grime from the dirty city of Manila. I'm upset I didn't get a picture. We spent the 3 hour bus ride watching a pirated copy of “John Carter”, and finally arrived, black-faced from all the dust that had been kicked up by the traffic along the way. Seriously, I wiped my face and the tissue was blacker than prepubescent MJ. We hopped off the bus and jumped into a tricycle, which is basically a motorbike with a glorified side-car, just like the ones in Indiana Jones. Our driver, was not a Nazi though, rather a lovely Filipino man called Wilson. He took us to his Dad’s boat, and we were soon powering across the lake, towards the volcano. 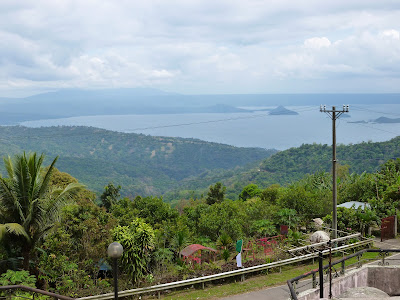 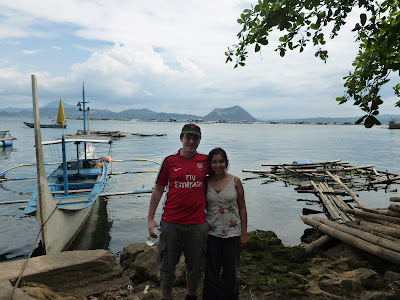 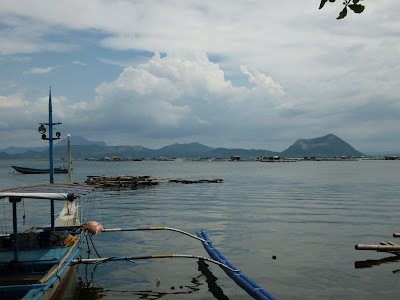 Taal volcano is the only volcano that contains a lake, while being in a lake – confusing or what!? It is also the first active volcano either of us has been to.
We decided to hike to the top, rather than take a donkey ride like the rest of the tourists. This wasn’t just to save money but also a matter of safety, since the donkeys all seemed pretty haggard and flea-bitten. 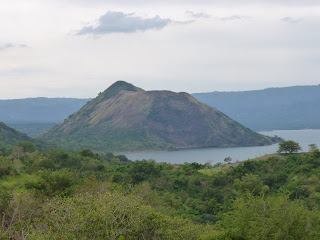 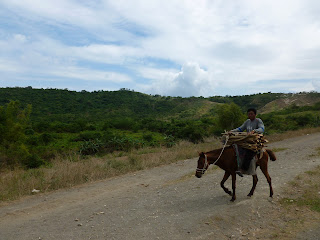 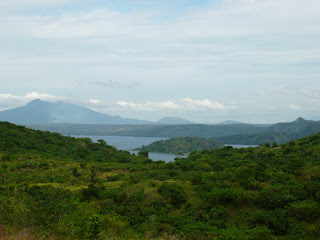 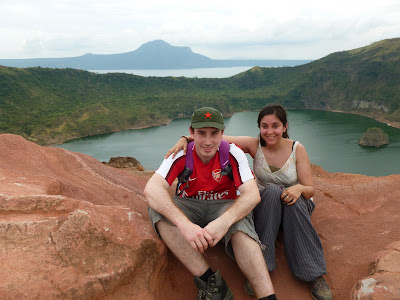 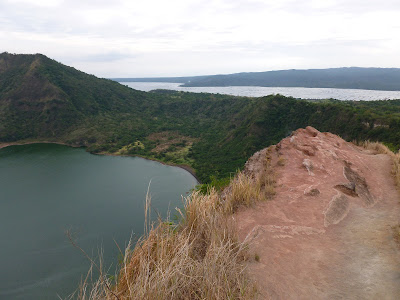 We got back to the hostel, covered in dust and grime, ready for a nice shower but alas, the water wasn’t on. We then saw a massive cockroach in the bathroom, adding another animal to our recent hostel wildlife watch: mouse, lizard, cockroach. What would be next on the list? Stay tuned!
Our final day in Manila was spent wandering round the Chinese Cemetery, known as “The City of the Dead”. This cemetery is literally a ghost town, full of houses built purely to contain the tombs of the deceased. This is very unique and definitely worth checking out if you’re unfortunate enough to be in Manila. 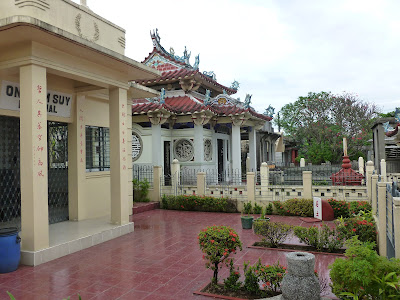