We flew from Manila to Puerto Princesa, which was my first experience of a domestic only airport. It was tiny, chaotic and full of mosquitoes. If this wasn’t disorienting enough, our shampoo had exploded in Dave’s bag – this was, as it turned out, a sign of things to come.
We then took a tricycle (Nazi Indiana Jones side-car bike) to our guest house, and the journey showed us a different side of the Philippines – one we were very glad to be in. Puerto Princesa was how we both had imagined the ‘Ppines to be.
That evening we went to a bar for some food and drinks, and ended up dancing the night away on stage with a group of Koreans. 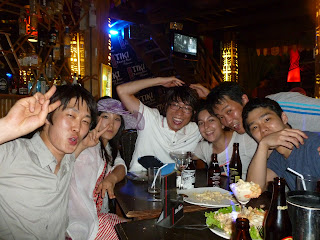 The next day we headed to the bus station to get a jeepney to Sabang – home of the world’s longest underground river (one of the new 7 natural wonders).
There were some lovely views from the jeepney, which was crammed full of people and cargo. We were constantly stopping to unload goods and pick up people. Along the way we passed a cockfight, which we couldn’t really see, but could definitely hear.
We arrived in Sabang and were immediately whisked away to a “resort” – a beach hut with 3 hours of electricity a day. 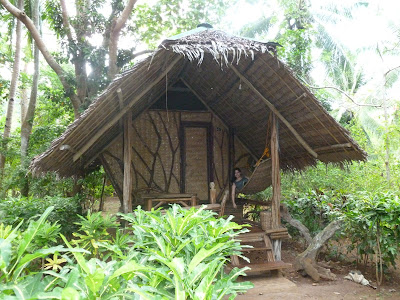 Our stay in this hut resulted in several additions to our hostel Wildlife-Watch list: a big, noisy gecko, a bat, and seemingly a few squirrels who picnicked on the porch. We were also surrounded by cockerels, turkeys and dogs, all of whom loved to talk. 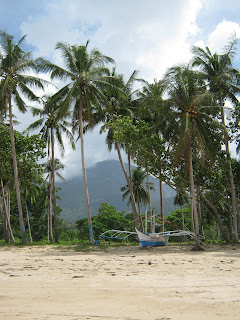 After a night’s disrupted sleep, we set off to explore the underground river. We first had to take a boat to the entrance and found a group to share the cost with. While we were waiting for the boat, there was a HUGE bang from the car park 50 metres away. A dust cloud erupted, and everyone was left very shocked and confused as to what had happened. A Filipino girl in our group said that people were saying it was a bomb, but didn’t want to alarm the tourists so were keeping it quiet.
Anyway, we decided to carry on and enjoyed a beautiful boat ride followed by a short walk through the jungle to get to the river, arriving in one piece and having almost managed to forget about the BANG. 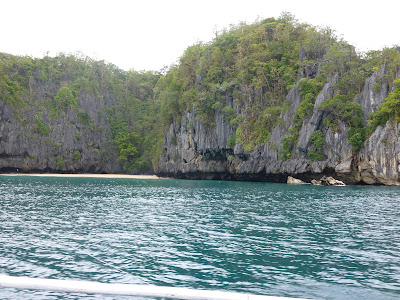 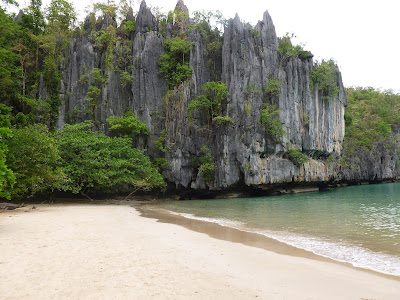 The cave that the river runs through is incredible. It is full of weird formations made by mineral deposits, and there are thousands of bats hanging from the ceiling. Our guide was very informative and funny, stating that apparently at last count there were 41,234 bats from 8 different species. 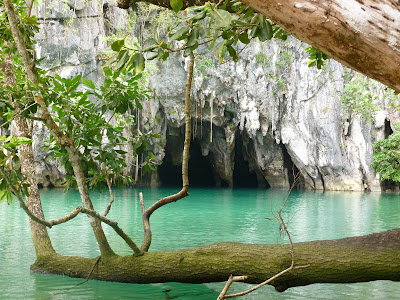 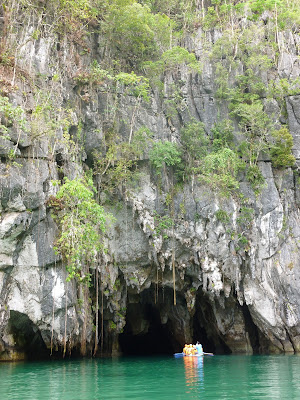 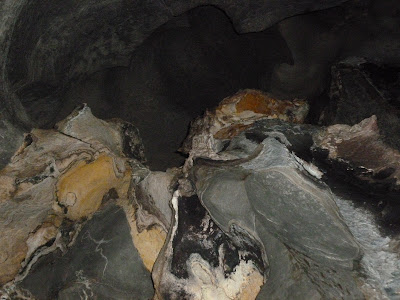 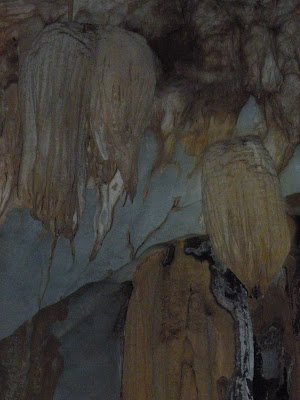 After the boat ride through the river, Dave, three Danish guys, and an Italian from our group decided to walk the jungle path back to the town, where as I opted to take the lovely boat ride back.
The trek was my first jungle trek for a while and I was very excited, especially after seeing a giant lizard right at the start! 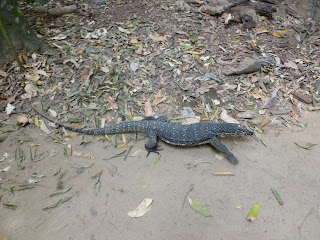 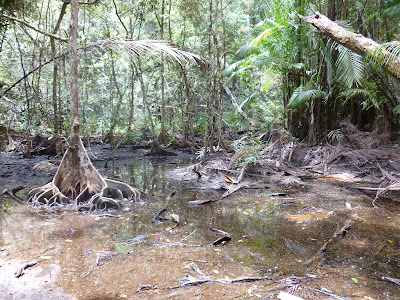 The path was barely used and we got the feeling that not too many people had ventured this way before. We were really in the heart of the jungle with no-one around for kilometres and it was exciting to hear all the sounds that the jungle was throwing at us.

At one point, we came across what appeared to be a lone monkey swinging from a tree. We approached for a better look and were surrounded by a tribe of monkeys a dozen strong. We watched, snapped photos, then found our way back to the trail and continued. 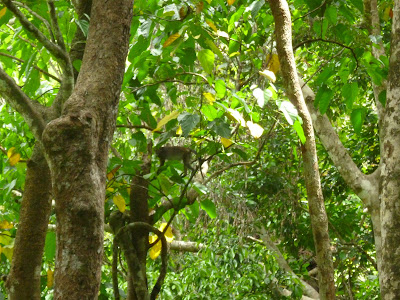 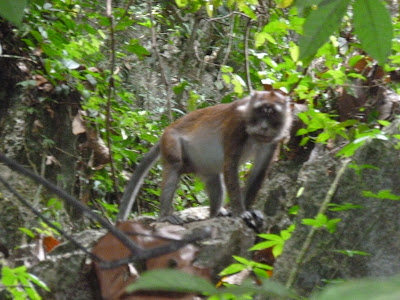 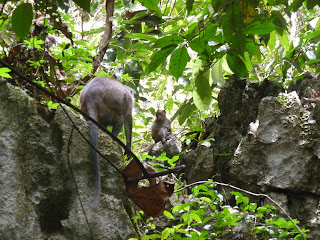 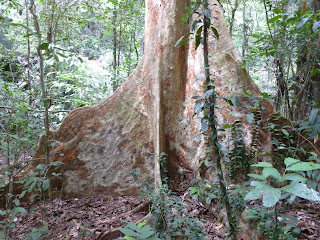 The next stop was a cave where, with the help of my torch (I’m always so prepared), we could do some amateur caving. Being the brave hearted fool I am, I staggered through a small opening while being followed by the group. I stopped when I brushed up to something and looked round to see this 5cm from my face:

As fast as I could, I clambered ungraciously out of the cave and left everyone else to do some exploring while I studied the hundreds of spider’s eggs. 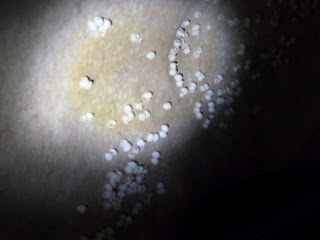 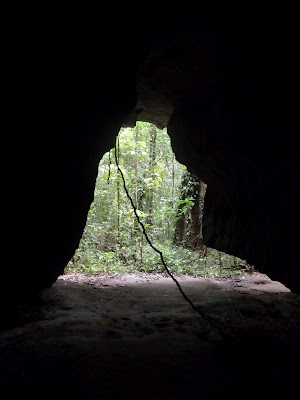 The jungle trek ended abruptly and we were suddenly gazing upon a pristine, empty beach where we cooled off with a delightful swim. 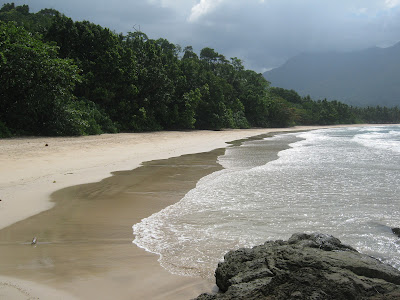 Meanwhile, I had arrived back in the town to discover that the aforementioned car park had been roped off and the whole place was crawling with police and army guys. Apparently, it had indeed been a bomb! We later read that a sack containing cheap Chinese lighters and bottles of fertilizer had be buried under the soil, gradually getting hotter in the sun until it exploded. Fortunately, nobody was hurt by the blast, although a few cars suffered some minor damage. 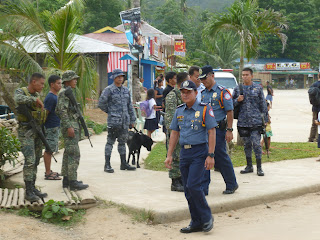 Needless to say I decided to keep my distance from the area and took shelter in the Sheridan hotel, with a cocktail. 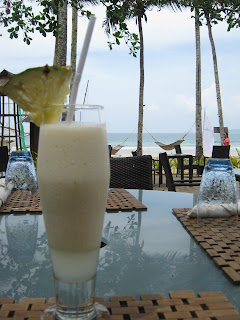