After a dirty few days in Manila, we fancied going somewhere greener. We took an 8 hour night-bus journey to Banaue, a place famous for its rice terraces. The journey involved the world’s bumpiest road and constant air-con, resulting in an uncomfortable, ice age environment in which the idea of sleep was a mere dream.
We arrived in Banaue a little haggard and arranged a jeepney (an old US army van transformed into a “bus”) to Batad Saddle, from which we started the world’s longest hike. Nine of us started the hike together, with no guide. Luckily the group contained a tall, bald Dutchman who bore a striking resemblance to John Locke, so we felt we were in safe hands.
After an hour or so of hiking, we finally laid eyes on the famous, 2000-year-old rice terraces (8th Wonder of the World?) and were blown away by the beauty. If you are fit enough for the hike, it’s definitely worth it as the terraces in Batad are way more impressive than those visible from anywhere else in the area. In fact, the terraces in Batad can be seen on Filipino bank notes.
The highlight for me was walking through the terraces themselves...but you can see the beauty for yourselves in these pictures: 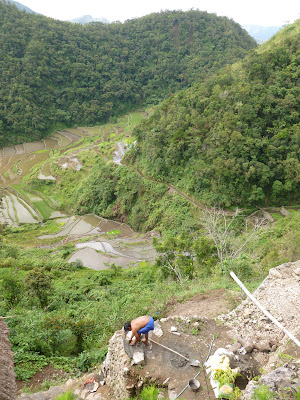 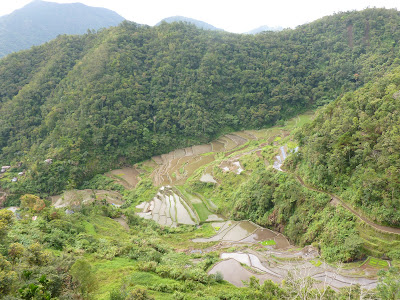 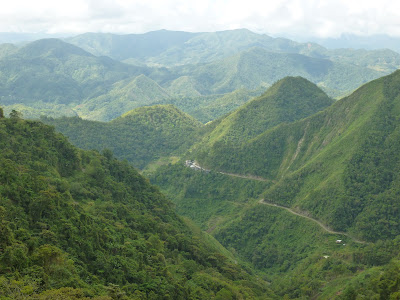 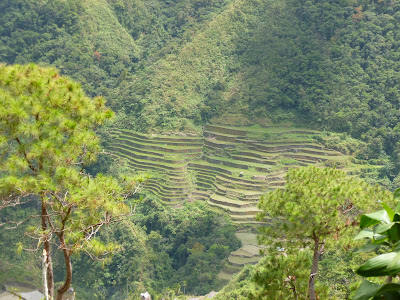 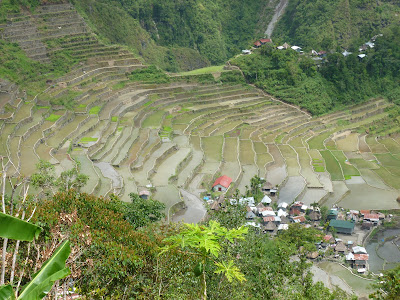 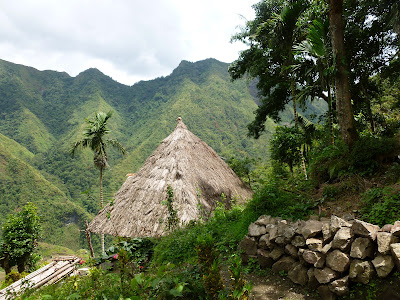 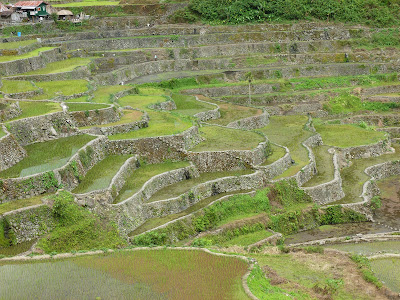 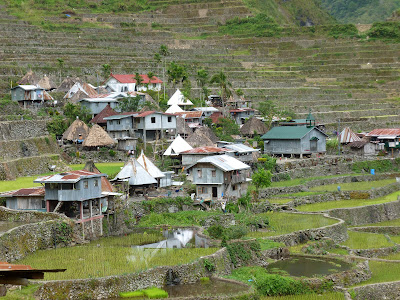 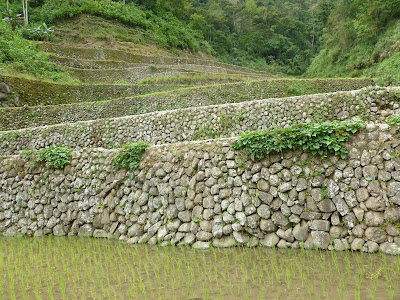 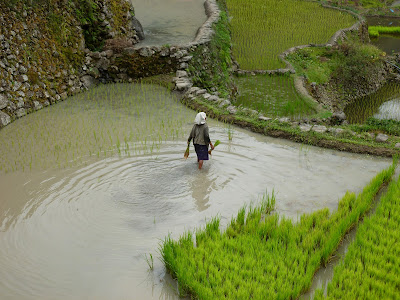 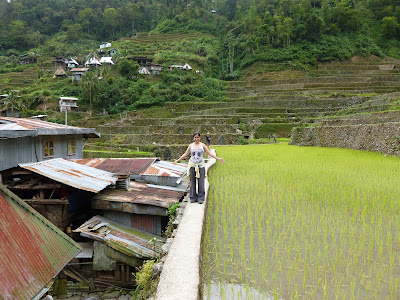 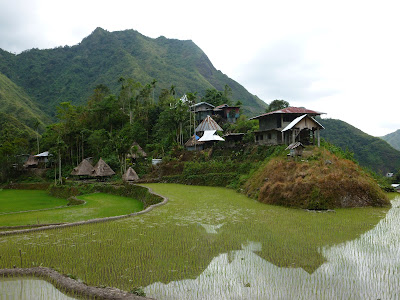 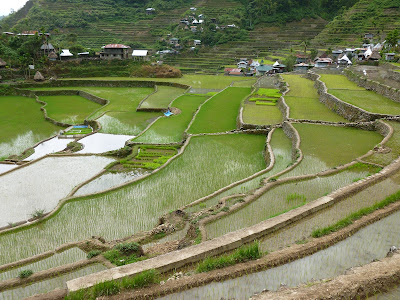 Three tiring hours in and we had the toughest hour yet to come – a walk/climb to a nearby waterfall. We had seen a sign for this waterfall stating it was 45 minutes away, an hour ago, and it was still nowhere to be seen. Needless to say when we finally arrived we were keen to take a dip in the cool water.
Now we just had the hike back...in the rain. This made the paths more slippery, but also cooled us down. 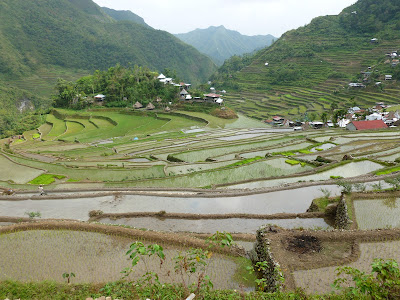 We finished the hike a mere 7 hours after starting, with a sense of accomplishment and in great need of a shower. However, the shower would wait until we had rewarded ourselves with beer and food.
The next day we took it easy, and wandered around Banaue, stumbling upon a nearby village called Tanam. 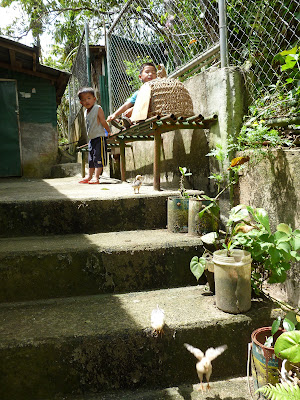 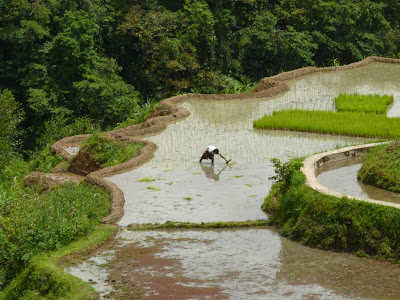 We then crossed “The Scariest Bridge of All Time” (as voted for by...ourselves). This rickety, hastily constructed insurers nightmare was built over a 30m drop above sharp rocks, making most shit their pants at the mere sight of it. It was made worse by Filipino kids jumping up and down, playing chicken, and generally having fun by terrifying foreigners. 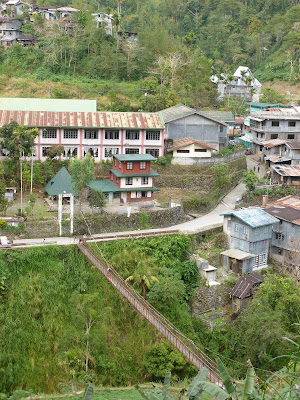 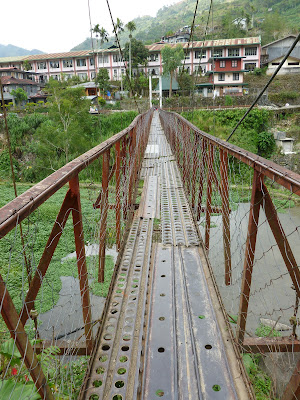 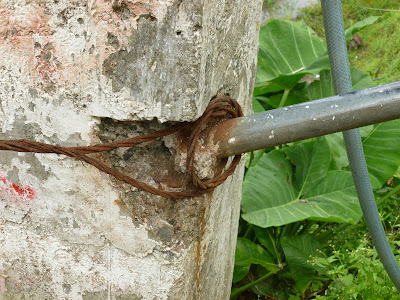 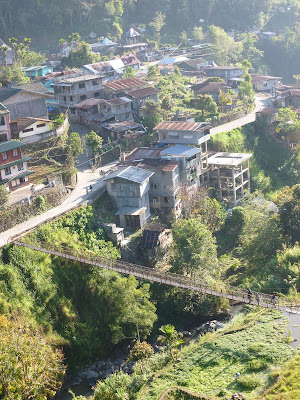