We have written about the activities we did in Mulu National Park (Day 1, 2 and 3), but we decided to leave the majority of the weird and wonderful nature that we saw for two, special posts. We saw so many different things that the best way to separate them was by the number of legs (or limbs...but not counting tails). Here is the first instalment - Mulu Monsters, 0-5 legs.
Please note: We didn't actually see anything with 5 legs...

I’m sure a lot of you are wondering what the accommodation and facilities are like considering the resort is in the middle of the rainforest. This National Park is outstanding and it has top class facilities for all budgets. Being the backpackers we are, we stayed in the hostel (dorm room) and it was spacious and comfortable, although I would recommend bringing a mosquito net (if you have one!) There are actually cheaper places you can stay in, just outside the park but we opted to stay inside, which saved the hassle of having to pay the park entrance fee every day as well as a short walk. 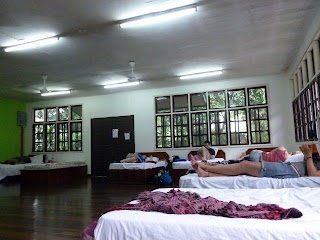 Going to the bathroom in the hostel was a mini adventure in itself, due to its door-less nature. This required nerves of steel and flailing limbs, in order to battle through the various creatures before seeking comfort in a stall...hopefully alone.
While taking my first rainforest shower, I was joined on more than one occasion by a bat, and then stepped out of the cubicle, only to find myself face to face with two gigantic dragonflies. Later that night I returned to brush my teeth, and discovered a rather large praying mantis feasting on one of the aforementioned dragonflies. This was truly a sight to behold. 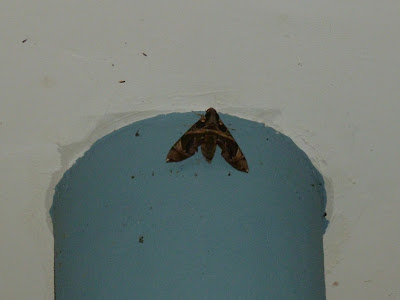 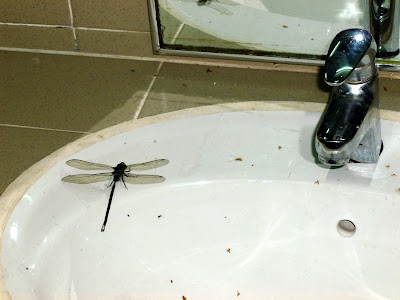 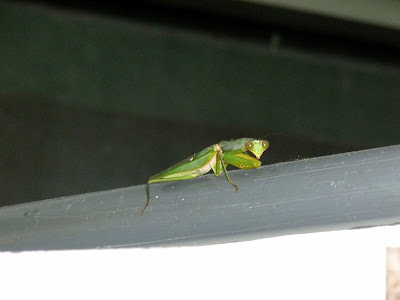 Meanwhile in the boy’s bathroom there was a colony of ants building themselves a new nest above one of the showers... using the remains of larger insects they had killed.
Prior to getting to Mulu, we had read that food and water inside the park were significantly more expensive than usual, so we stocked up on supplies. However, the restaurant food is only a bit pricier, with a meal averaging around 12 MYR (£2.50, $4), and the breakfast that is included with the accommodation is really good. There are a few options to choose from and all were substantial. The water, however, is a different story. A 1.5L bottle is 8 MYR (£1.60, $2) as opposed to 2 MYR in Miri. Tap water is apparently drinkable after boiling, but often comes out of the tap looking a bit yellowish. We suggest you take your own water when possible, and some snacks for the treks, as these are also expensive.


Our final full day in the park involved waking up at the-sun-is-barely-up-o’clock and dragging our feet to the treetop tower to go nature-spotting. We stayed there for over an hour and barely saw a thing except for a couple of birds, a few types of squirrel, but nothing that made the early morning effort worthwhile.

We then went on the botanical garden trail, which was quite nice because we spotted some interesting flora including a fish-tail leaf and a carnivorous plant called a pitcher plant.
The pitcher plants have sweet nectar that attracts insects into the chamber so they become trapped in the liquid, and are then slowly dissolved, feeding the plant. Some have been found on Borneo that are so large they have been known to catch rodents.
That evening, we sat and watched another spectacular sunset before heading off on our night walk.
The night walk was a two hour trek starting at 7pm, that took us deep into the forest. The group was 6 strong, and we all followed nervously behind our eagle-eyed guide. We set off from park HQ as naive tourists, eager for a few good photos for facebook...but we returned ashen faced, suffering PTSD (post-terrifying-stickinsect-disorder) just like those returning from war. We saw things, man. Huge, scary, unearthly monsters that, according to Newt, “mostly come out at night...mostly.”

One thing we were both a bit disappointed about was not having seen many mammals. Obviously, there were the millions of bats, and then several squirrel sightings, but what we really wanted on this night walk was to see something new. And it would seem luck was on our side that night! Thanks to our guide we got to see some kind of porcupine snuffling around a few meters away. We didn’t manage to get a photo, but it was about a foot long, with a long, thin tail and a rattish face. How exciting!

The other really cool thing about the trek were the mushrooms. When we were deep in the rainforest the guide asked us all to turn off our torches. As soon as the last person did, we were plunged into a kind of darkness I have never experienced before, even during my time as a goth. It was really scary. Then, gradually as our eyes adjusted we became aware of a glow coming from the ground around us. The longer we stood in darkness, the brighter it became. They were mushrooms! It was just like a scene from Ferngully (or Avatar, for those of you who missed this brilliant childhood animation). It was ravetastic.

We highly recommend the night walk, although you might be best doing it on your last night. Once we knew what was out there, sleeping became a challenge!

I’m sure you are all dying to see some photos of the wildlife we have mentioned, so tune in next time for an animal special, yay!


You can read about day one & two here.

On our second day in Mulu we decided to get up early and go for a hike, which involved going through a small cave called Moon Milk cave. Then we were meeting a group at a different cave for a guided tour. The hike was really interesting because we saw lots of interesting flora, and we really got to hear the sound of the rainforest. 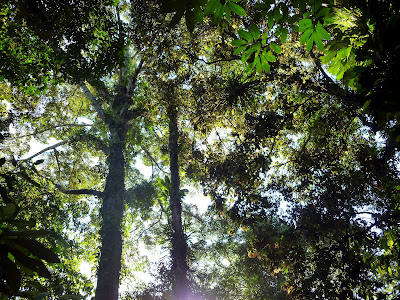 The hike was mostly boardwalks, which were very slippery as it had rained all night. The stairs were particularly difficult to climb, and each time we went to grab the hand rail for support, we were greeted by the sight of some kind of creepy crawly! Here are some of the things we saw along the way... 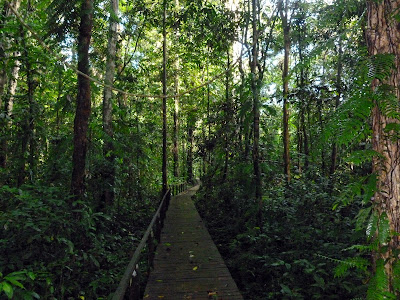 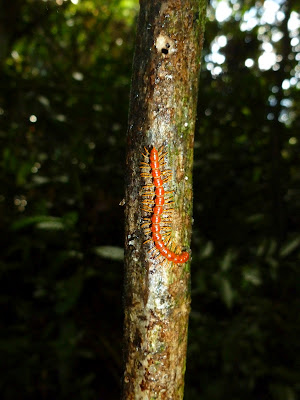 The Moon Milk cave was fun, as it was just the two of us and was pitch black inside. It was also quite small, meaning we had to duck and squeeze at times, and when we turned our torches off it was really freaky.
The cave is named after a substance that forms on the surface of the rock walls. It looks like a milky white liquid (hence the name Moon Milk), even though it’s solid. It’s actually formed by bacteria, although nobody is quite sure what it is.
Eventually we made it to the Wind Cave and met up with our tour group. This time, our guide was very knowledgeable and stopped every couple of minutes to give us relevant information.
Interesting fact about caves: I’m sure you all know about stalactites and stalagmites, but there are also formations called heliotites. Stalagmites grow up from the ground, stalactites grow down from the roof, and heliotites grow horizontally, from a stalactite/stalagmite. In the photo below, they have been caused by wind, which blows through the cave and changes the direction of the sediment-filled water droplets.

We then moved on to the Clear Water cave – or part of it at least. This is a huge cave complex made up of dozens of caverns, through which pounds a roaring river. This cave system used to be connected to Deer Cave, before the roof collapsed and the Garden of Eden was formed (as mentioned in the previous post). The river level was really quite high when we visited, due to the aforementioned heavy rain.
After the cave tours we headed back to Park HQ, but this time by long boat. The boat sat very low which was different to any other boats we had taken. The trip back was great fun and much more relaxing than the hike there!

Once back at HQ, I signed up to do a canopy walk. Katie very wisely decided not to do it because of her fear of heights. The canopy is around 30 meters off the ground and afforded an entirely different view of the forest. Once again, I really felt like Indiana Jones, walking on a rope bridge, suspended over a river with the potential for crocodiles. Stop the references Dave, please. It’s not even that great a film!

I did the walk with an Australian civil engineer, who assured me that the rope bridges were perfectly safe, which was comforting to hear.


Our first night in the park, we had been lured into a false sense of security. It had rained a lot and apparently this kept the insects to a minimum. On the second night however, the skies were clear and we were dumbfounded by the sheer quantity of life crawling and flying around the open plan cafeteria. Not the best atmosphere to enjoy a meal in...it was like trying to dine at a driving range, with golf ball sized beetles hurling themselves clumsily at your face.

And so ended another fantastic day in Mulu National Park! Join us next time and see a carnivorous plant as well as an incredible sunset.