We arrived in Kuala Lumpur airport in the middle of the night, all set to get a few hours kip on a bench before heading to our guest house. However, there really wasn’t anywhere to sleep apart from the filthy floor, and for some reason the air was making us sneeze and cough uncontrollably. Weird. After a while of umming and ahhing we decided to head to our guest house in the hope of checking in a few hours earlier.

In the afternoon we left the hostel feeling refreshed and excited to explore a new country. China Town was our first port of call and we had a look around the famous Central Market. This was posher than any other market we had been to; it reminded me of the Camden stables market. We headed up to the food court and were overwhelmed by choice. I had a feeling Malaysian food was well going to make up for the naffness we tasted in the ‘Ppines.

Bellies full, we decided to check out another market that was much more our style. It was quite big and full of the usual: clothes, bags, watches, tat. This is when I finally understood the meaning of the frequently used traveller phrase “Same same, but different”. All markets in Asia seem to basically sell the same things, which tend to be pretty much identical (same same) in all countries. That said, there is always something that you haven’t quite seen before (hence, but different) and this reignites your curiosity and interest, meaning you never quite get bored.

Next stop: Petronas Towers. I was very curious to see what form these towers would take when I saw them. Perhaps a monkey, since they are my favourite animals. Or maybe a dragon, seeing as though that’s the year I was born in. As we got off the subway I had a sudden panic because I had left my wand back at the hostel. Dismayed, I explained this to Dave, who promptly pointed out my mistake, and explained the real reason behind their name (petrol, not Potter). Upset though I was, I must admit the towers were pretty to look at and Dave got some good pictures. At one point we returned to see them at night, so I’ll put those pictures here too. 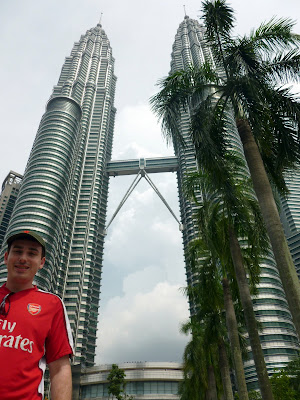 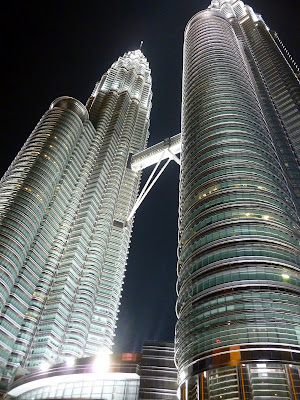 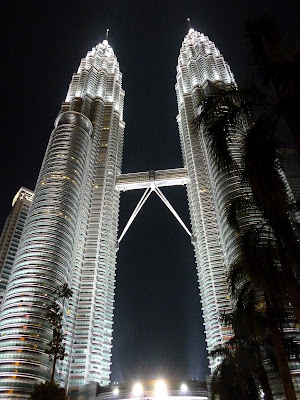 Day two in KL and we had a plan. We would go out in the morning, and then return to the gloriously air conditioned hostel before the midday heat became unbearable. So bright and early we headed to Batu Caves. This is a short train ride out of the city to a big rock formation. In this formation is a huge cave that houses a Hindu temple. It was really quite touristy but the first Hindu temple either of us had been to and so it was pretty interesting. I especially loved seeing the monkeys, who were stealing food off passing tourists. 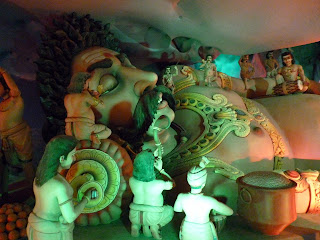 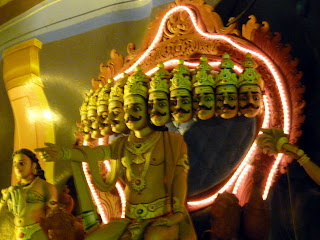 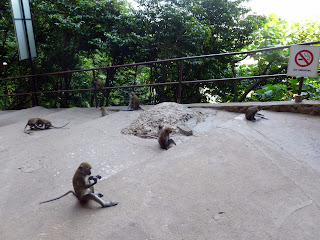 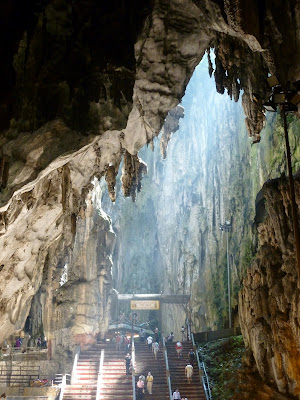 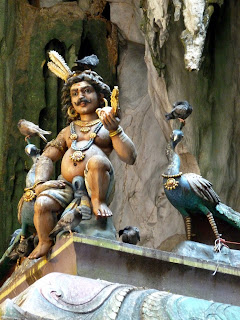 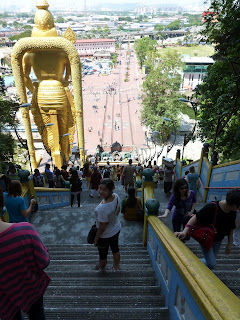 After a siesta, we headed out into the slightly cooler evening air, in search of a Mosque and its neighbouring market. The mosque itself, called Masjid Jamek, was slight disappointing, but being the oldest in Kuala Lumpur, we thought we should see it... 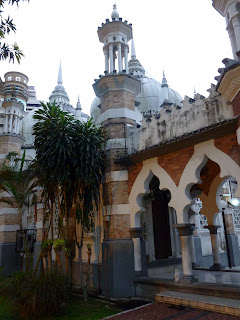 The market, however, was awesome. It went on for miles and was ram-packed with all of the same same, plus some different and LOTS of food. This is definitely worth checking out if you’re in the city on a Friday.


On our final day in KL we wanted to see this big park everyone was going on about. It contains the world’s largest free-flying aviary, a butterfly farm, deer park and loads of different gardens. For some reason we cannot fathom, it took us absolutely ages to find, despite being right next to where we were staying. Taxi drivers, locals, maps – we kept getting different information as to how to get there. Anyway, once we finally arrived we had a walk around the gardens, which were lovely, but decided against paying to see any of the aforementioned sections. 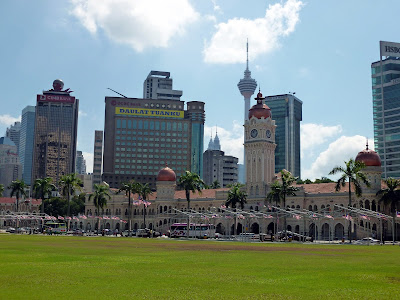 By the afternoon, we had seen everything we had wanted to see in KL, and more, so decided to treat ourselves to some shameless entertainment; we went to the cinema. As soon as Dave mentioned the idea, I was on the case because in the whole time we have been together, I’ve only managed to get him to go to the cinema twice! It may not have been in the spirit of travelling but we both felt we deserved the guilty pleasure of a big bucket of popcorn and 2 hours of air con. We saw Hunger Games, which is basically a kiddy version of “Battle Royale” crossed with “The Running Man”; Dave was disappointed by the lack of violence and once again, left the cinema with a feeling of regret. I had a great time though!

One thing we did agree on, though, was that Malaysians reacted really weirdly during the film. There aren’t really any funny moments in the film, yet there were at least five occasions on which the whole audience (bar us) erupted in laughter – it was very bizarre. We later met a Manchester couple who saw the film there too and had the same unusual experience.