Churches and Parks in Seville

There's still so much to tell you about Seville! This time we're going to talk about some beautiful churches, the UNESCO World Heritage cathedral, an odd religious experience, and some stunning areas of greenery and open spaces!
We have two 360 videos for you this week, one about the religious buildings and another about the parks.

Let’s start at the UNESCO World Heritage cathedral in the centre of the city, which may well be the main tourist spot in Seville and something you simply can’t miss if you ever visit. This huge cathedral is the centrepiece of the city and is magnificent from every angle.
When they were planning the design, the city elders supposedly said, “Let us build a church so beautiful and so magnificent that those who see it finished will think we are mad.” I think they nailed it! 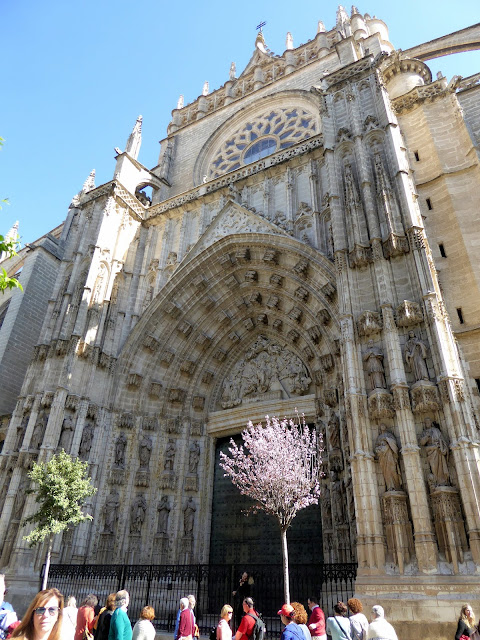 The cathedral took over a century to build, finishing in 1506. Imagine being involved in the construction at the beginning, knowing that you and your children were unlikely to see it finished. There’s something incredibly noble about these buildings that spanned the generations. I can’t even imagine working on one project for longer than a few months without changing to something new. The modern condition is almost the opposite of these generational construction projects.
Originally a mosque stood in the same spot, but it was knocked down to make room for the world’s third biggest cathedral (although some argue it is the biggest!!) 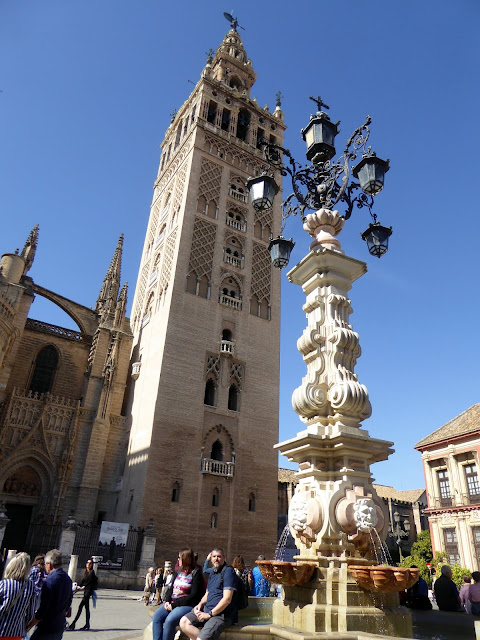 42 meters high and with over 80 chapels, this truly is a beast of a religious building and was so intricate and beautiful, it touched our hearts. We spent so much time walking around it, sitting by it to eat or drink, and just marvelling at its beauty. You can’t miss it when you’re in Seville, and why would you?!
Besides the cathedral, there are over 100 churches in Seville of all different styles and designs. Mudéjar architecture (a Moorish design) is lovely and there were many fine examples across the city. The main stand-out church for me was the Church of St Louis of France, a Jesuit church, which is no longer in use as a religious building. It’s run by the municipality and is free to enter on a Sunday afternoon. With an amazing facade and beautiful altars, it’s well worth the trip. 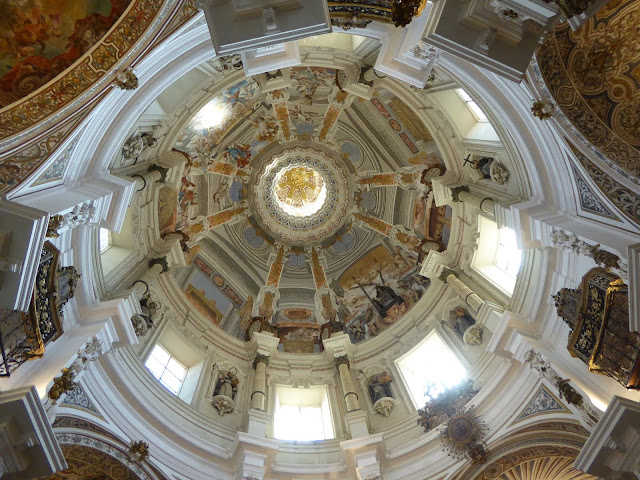 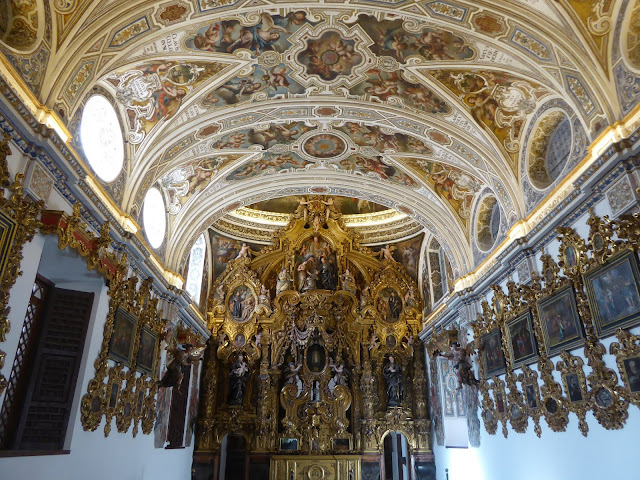 I mentioned at the beginning that we had an odd religious experience. This encounter involved buying biscuits from a nun. Although it doesn’t sound that strange, we did not actually see the nun, and had to place the order through a sort of lazy Susan, revolving door, type thing. It was very strange and interesting...The biscuits weren’t half bad either!

Now let's move on to the parks. Another absolute must in Seville is the stunning Plaza de España, built in 1928. This is a truly sublime area situated within the Maria Luisa park. The Plaza de España complex is a huge semi-circle with buildings running around the edge, accessible over the moat by bridges representing the four ancient kingdoms of Spain. In the centre is the Vicente Traver fountain. By the walls of the Plaza are many tiled alcoves, each representing a different province of Spain. 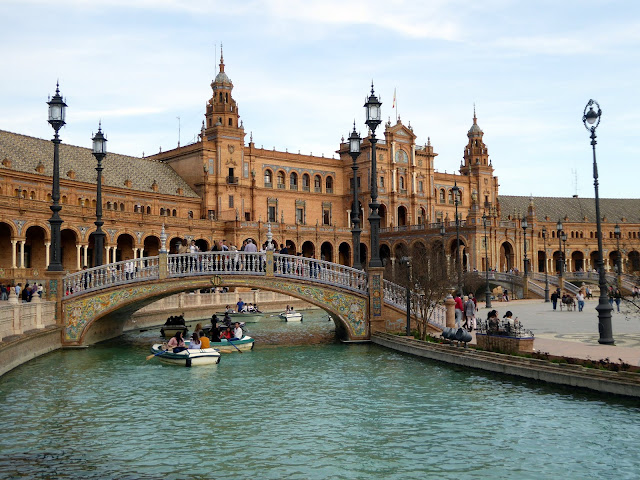 This is a shining example of why 360 is perfect for seeing a place virtually. The panorama was incredible to behold and this is one of the most breath-taking man-made places we've seen in Spain (and that's saying a lot!)
We'd also really recommend a visit to the world's largest wooden structure, called the Metropol Parasol. This structure is beautiful from street level, looking like giant mushrooms, which is why it's known locally as "Las Setas" (the mushrooms). 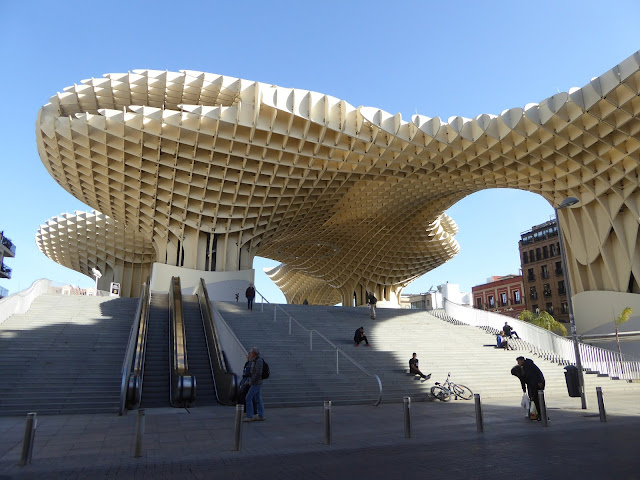 It's well worth paying a few euros to go to the top, as you get a magnificent view of the city and you can see the intricate design of the Metropol Parasol in all its wooden glory.
That’s about that for this weeks. We had such a good time in Seville and we’ll be back next week to talk about bullfighting!
Here are a few more photos, and don’t forget to watch the 360 experiences! 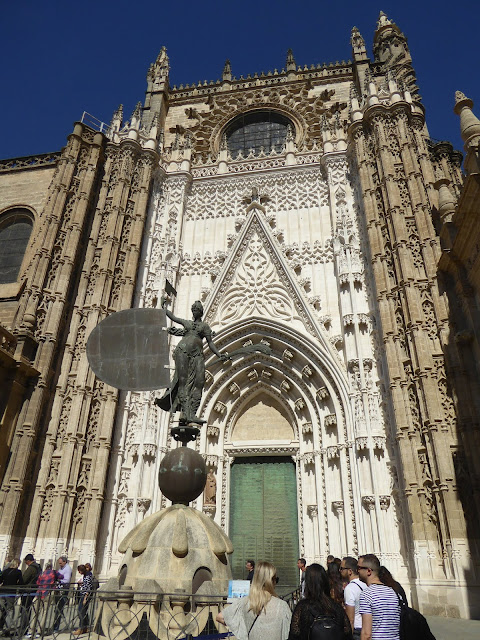 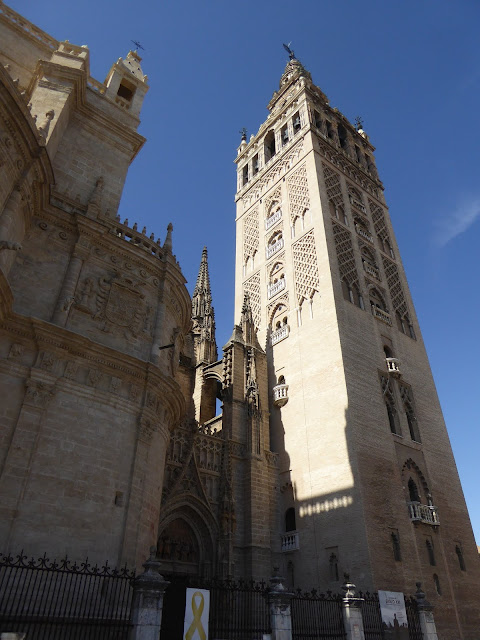 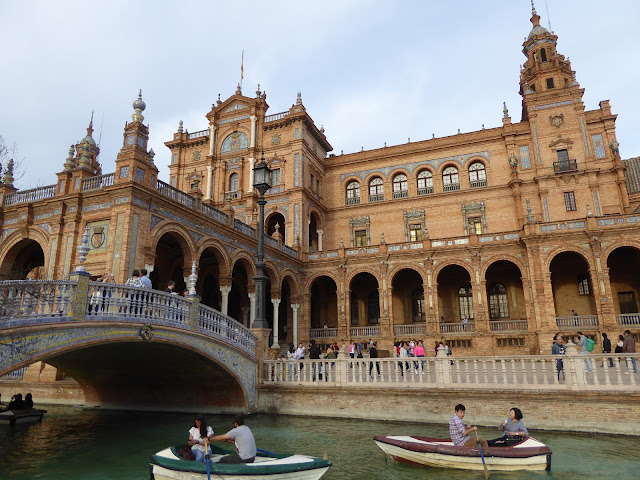 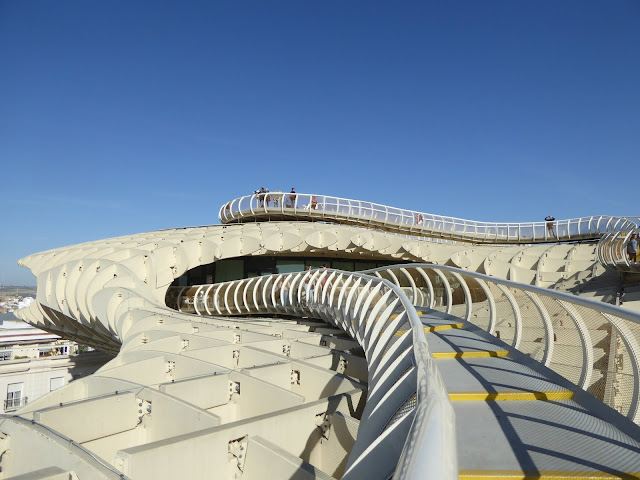 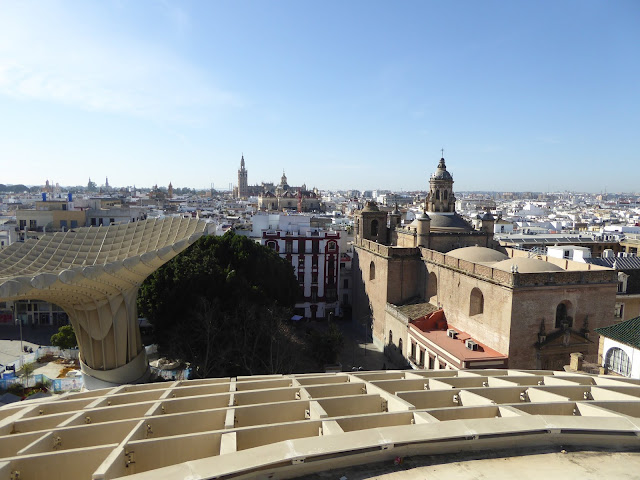 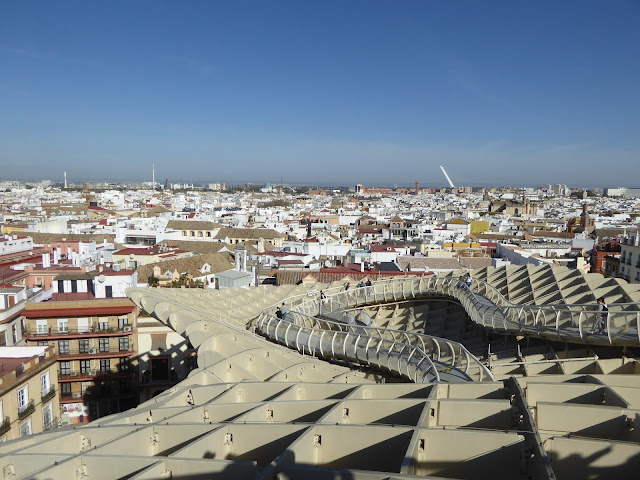 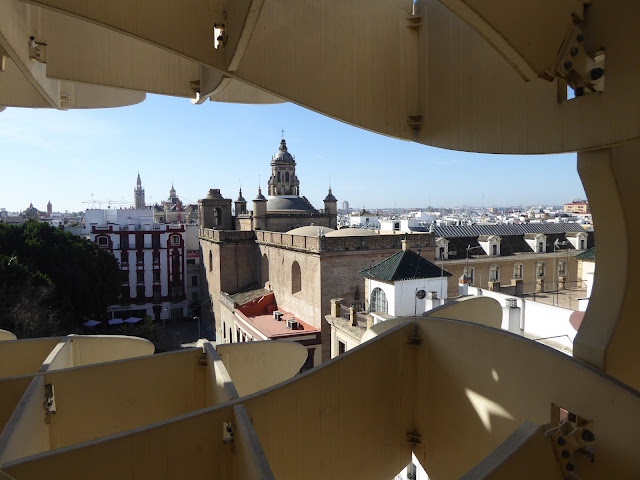