After the craziness of the Cameron Highlands, we were looking forward to Georgetown, Penang because we had heard good things and the food was supposed to be sublime.
The town is very quaint and has some European architecture due to the English colony in the 1700s. We wandered around and took in some sights at a relatively slow pace. The Little India part of town seemed the most lively and definitely had our favourite food! 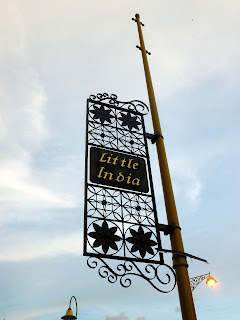 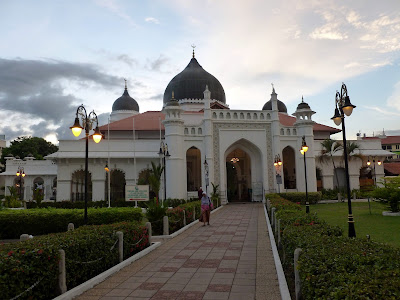 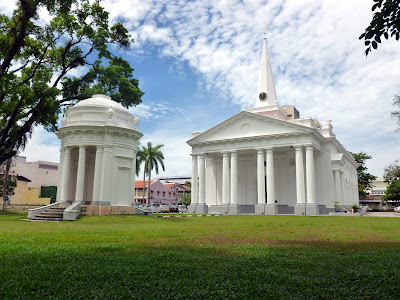 We went into an old fort and it was a bit naff; not much to see except some old walls and canons. 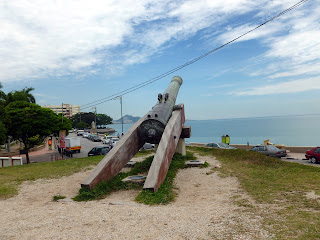 In the evening we went to a Thai Buddhist temple to see the second largest leaning Buddha in the world.
As we approached the temple, it was clear there had been some kind of massive party as there was a lot of litter and drunk people. Then someone poured water all over Katie. 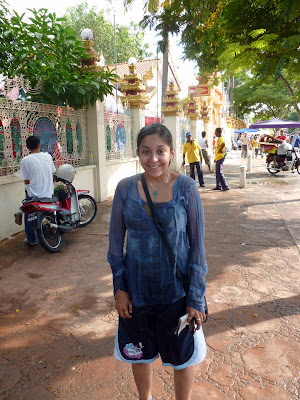 It was Thai New Year and to celebrate, they had a massive water fight! Apparently it brings good luck for the new year. Katie was soaked from head to toe (on several occasions) but the real victim was me. I had suffered at the hands of the same Thai and had been left with what can only be described as a slightly damp lower back – the horror! 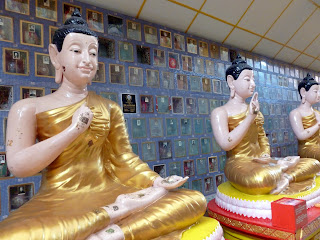 We then walked along the seafront and saw some really bizarre animals. First was the one claw crab – very cool and surprisingly big. There were thousands of these lining the beach/mudflat. 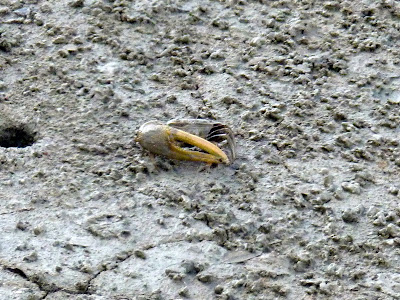 The next animal we saw was an amphibian. It had a tail, flippers/arms, a big fin on its back, was very fast and quite big. We have no idea what it is. This was the best photo I could get: 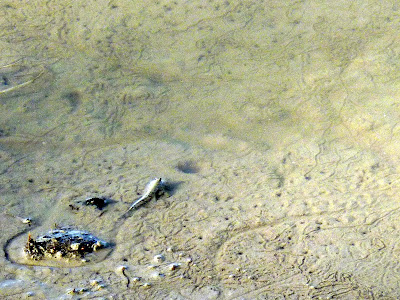 Anyway, it was weird.
The next day we went to a different area of Penang and got a train up to Penang Hill. It was a slightly rainy day so the photos aren’t spectacular but we enjoyed the view at the time. 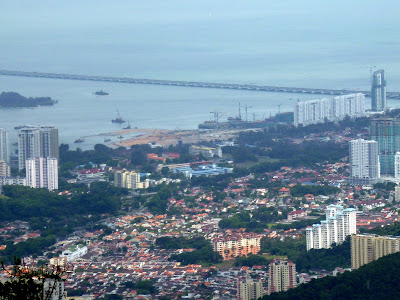 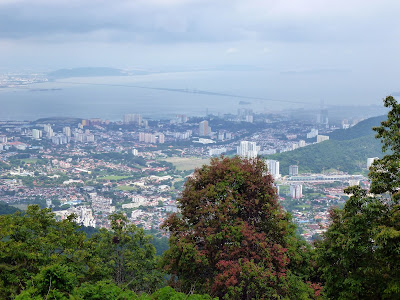 We walked around the top, which was quite touristy, but we did see a couple of interesting things.

The last thing we visited was Kek Lok Si – the largest Buddhist temple complex in SE Asia. I was particularly excited about this as I am a huge fan of temples. The walk to the entrance was through a 500m long market and by the time we arrived, the harassment of shop owners had ruined any spiritualistic experience we could have been having.
Once inside, the temple was quite pretty but really didn’t feel that large. Plus it was also a big tourist trap with shops crammed into every available space. We were not impressed. Anyway, here is my attempt at making this temple complex seem calm and peaceful: 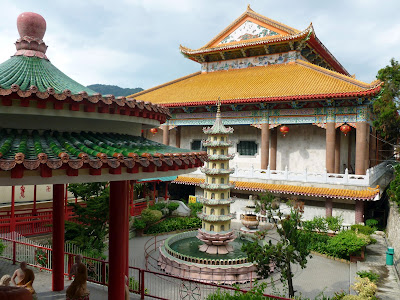 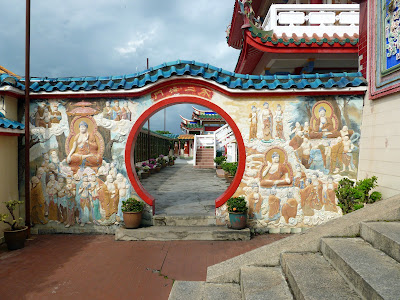 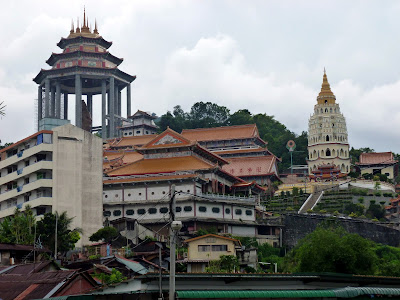 Penang didn’t grab either of us particularly strongly and we were perhaps growing a little bored of exploring cities and towns. From Penang we would be taking an overnight bus and heading to Melaka – a historic town (yippee...) which, like Georgetown (Penang), is a UNESCO World Heritage Site.
See you soon.