After spending only 3 days in Mulu and being blown away (and terrified) by nature, we took a private minibus into the capital of Brunei, Bandar Seri Begawan. Brunei had not been on our original itinerary until we met Rachel and Sophia on that memorable bus journey from SaBANG to El Nido in the Philippines. We chatted, we bonded and we shared some drinks, and Rachel very kindly invited us to visit them at their home in Brunei. She is an English teacher and her daughter attends an international secondary school there.
Thank you both again for being such lovely hostesses. We had a fantastic time, especially waking up to all of those monkeys outside our window! 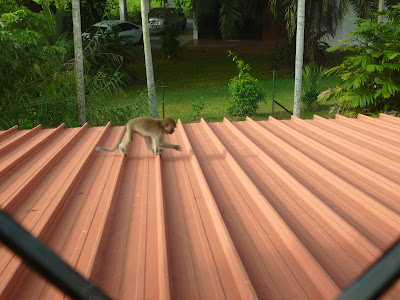 Brunei is a tiny country of a mere 400,000 people and it is incredibly wealthy due to all of its oil. It is the only entirely Muslim country either of us has visited and is home to some beautiful mosques, all built and paid for by the Sultan. 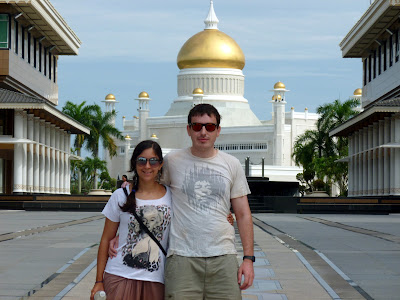 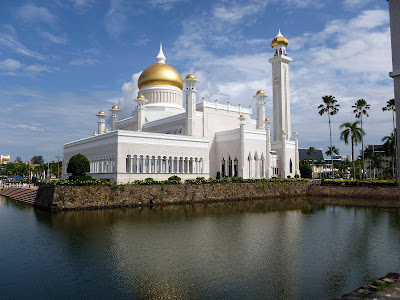 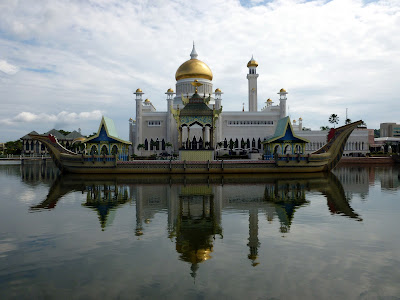 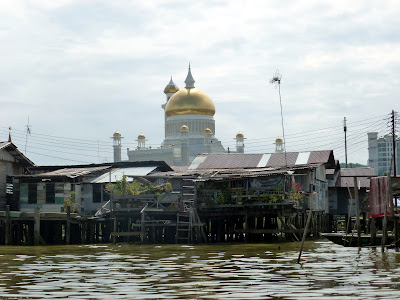 Kampung Ayer (meaning: water village) is home to most of the poverty in Brunei, as well as being a bit of a tourist attraction. We took a river taxi around the village and along to some mangroves. Our taxi driver was kind enough to take us into his home to meet his family and see what one of these stilted houses was like on the inside. We were pleasantly surprised by how spacious and airy it was, with 7 rooms and a big flat screen TV.
As we headed through the mangroves, we got our first glimpse of the famous proboscis monkeys, which are only found on Borneo. They are known for their big noses and constant, unwavering erections. 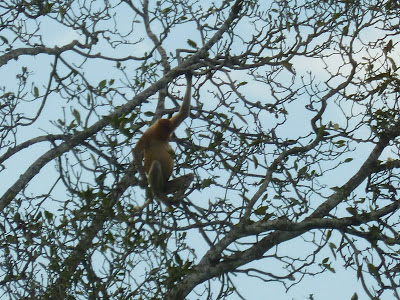 We spent that evening sampling some of Malaysia’s local wine. Brunei is a dry country so on Rachel’s request we smuggled some alcohol in (which isn’t illegal to do!). Katie and I were shocked at how much we drank while we were in Brunei. For a dry country we probably drank at our heaviest while travelling (thus far).

The centre of Bandar was ridiculously quiet and peaceful. There was maybe one street where it felt like there were a lot of people, but nowhere else were people walking around (probably because petrol is so cheap.) It led to a strange feeling, and one we have not felt anywhere else and is difficult to describe. There were some lovely, big buildings, a shopping mall and lots of places to eat but there didn’t seem to be enough people to use them all.

We saw another huge and stunning mosque, which was also built with the Sultan’s millions. 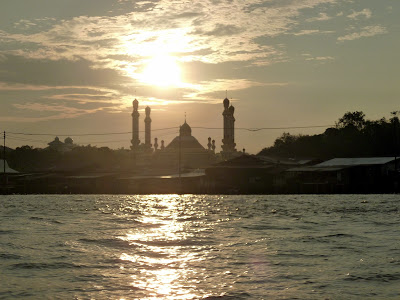 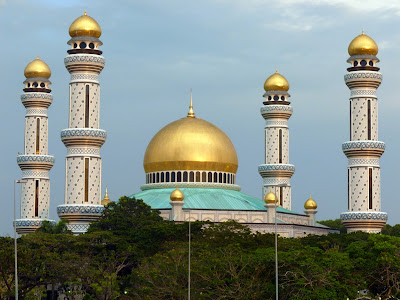 We spent our last night walking around a night market while sampling some culinary treats. 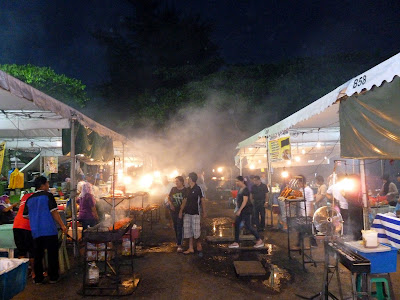