After spending seven nights living the dream on Gili Air, we knew Gili Trawangan would not live up to our new inflated expectations. Gili T is the biggest island of the three Gilis, with the most tourists and a reputation as the party island. The nightlife was fairly wild but still not up to European standards (just like Bali!) This may have been due to it being off-season. We only spent three days there and besides the nightlife, it was mainly more sunsets... and turtles. 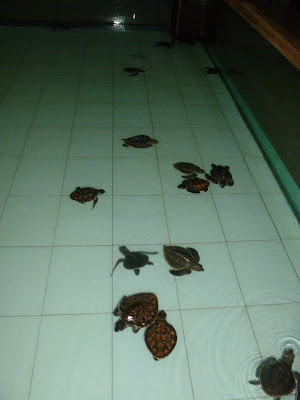 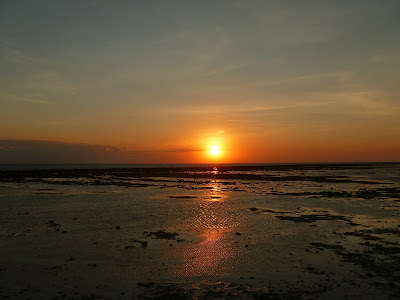 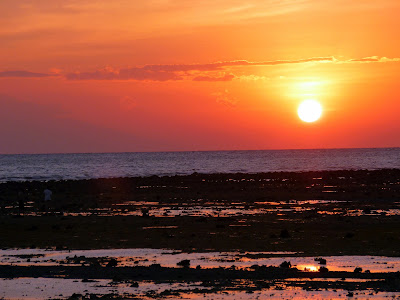 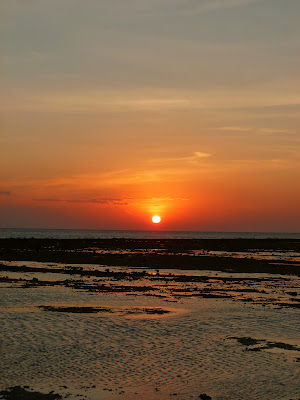 Having used up almost all of our allotted island time on Gili Air, we didn’t have time to visit the third one. Gili Meno is the smallest of the three and is apparently great for couples. Its unique feature is the lake in the middle, although we imagine this must be more like a pond, given the petiteness of the place!


The boat ride back to Bali, where we were catching a flight from, was fairly eventful. The sea was very choppy and I felt very seasick. I was sweating so much, I had genuine fear that any small children near me might drown. I vomited several times – an unfitting end to the beautiful Gilis, and one which left a sour taste in my mouth.

After leaving Bali, we had a layover in Jakarta, the world’s most dense city – as in populated, rather than everyone being an idiot. After going through security and having all liquids taken off us, like we were about to meet the Wicked Witch from The Wizard of Oz, we were stuck in AirAsia’s airport lounge. There is no shop or water fountain in the lounge, so we were forced into dehydration mode and happily started to daydream Evian mirages.

Once on the delayed plane, the earliest chance we had to buy water was about three hours after entering security – by this point 25% of passengers were in comas.

The water on the plane is of course 8 times more expensive than a shop and comes in tiny 330ml bottles – just enough to put the flame out of a candle. I asked for free water and was refused – isn’t that illegal? Shame on you AirAsia. You might be budget, but that’s just bad manners! So after the seasickness and the dehydration situation, it was not the happiest of ending to Indonesia. Still, we had memories of Gili Air to keep us smiling – this is now the go-to happy place in my mind.