A Naff Hue to Spend a Few Days

We left Hoi An $800 poorer but many clothes richer and made our way to Da Nang train station so we could go to Hue. Why not just get a bus from Hoi An direct to Hue? Well we wanted to see one of the most beautiful rail way journeys in the world! 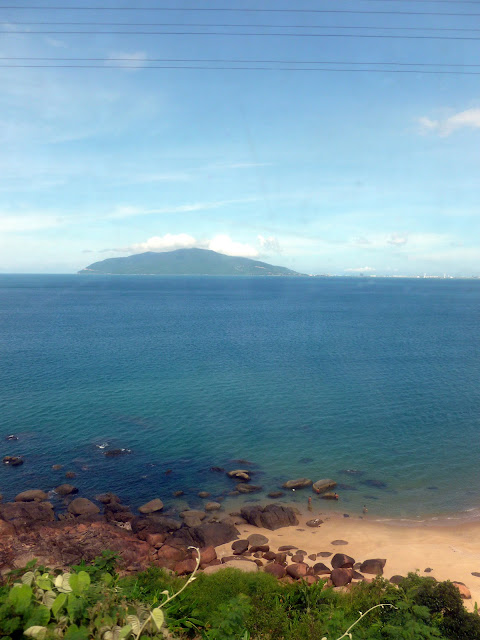 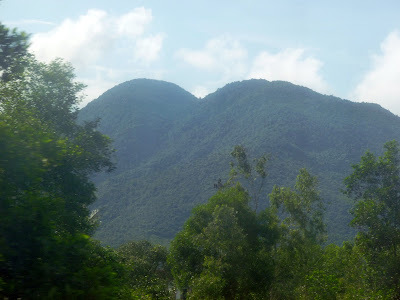 The train, an hour late, was well worth the extra time and money as it was a fantastic journey. The train travels along the coast, climbing up and down the mountain and provides some stunning views.
We arrived in Hue, found a seemingly nice guesthouse, and got settled. Occasionally a traveller comes across a city where everything goes against them and they have a shit time – Hue was one of these cities for us.

We found out at 6am the next day that there was a massive building site behind our window with men whose only job seemed to be hitting massive sheets of metal with mallets. It made the Blitz sound like a pin drop.

The night market in Hue was so bad that I actually thought it might be a joke. Everything seemed to have been made by a 10 year old with stuck on sequins and buttons. While walking around Hue we were also harassed by hawkers hawking. For the record we don’t want drugs, transport, girls, tours, mopeds, or sunglasses – not today, not tomorrow. 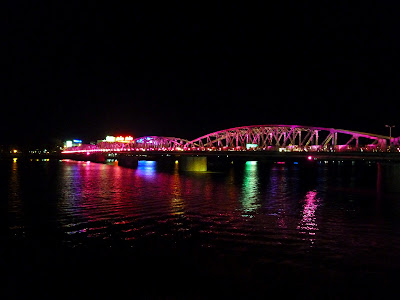 After the success of the Hoi An day trips on bike, we had planned two more for Hue. The first was another rural escape (mentioned on Travelfish) and it was interesting but didn’t capture us in the same way as previous rides. There were lots of temples, gravestones, and some very poor villages. 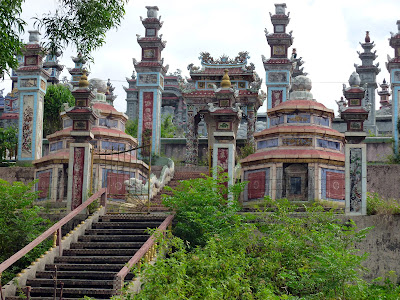 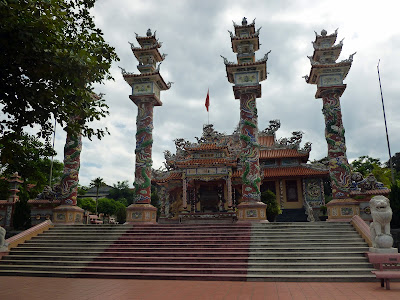 Then we got a puncture. 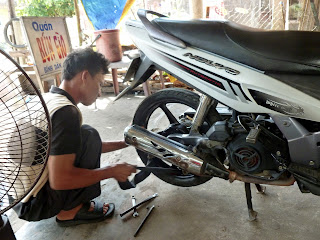 45 minutes and $4 worse off, we were back on the road, on the way home. This puncture was actually quite an interesting experience. The next puncture wasn’t as much fun though!

This time we called the bike rental shop and an hour later they came to get us in the now midday humidity. After these problems my confidence in the bike had diminished and the next day trip needed a rethink.

We wanted to go to Vinh Moc Tunnels (where 17 babies were born underground during the American War) but there were only two other ways to get there. One way was a private taxi ($50 round trip – a little too pricey) or what can only be described as an unnecessary tour starting at 6am. It was an unnecessary tour because it involved visiting a dozen places we had no interest in going to... So we never made it to Vinh Moc tunnels. It was a real shame as I loved the Coo Chi Tunnels near Saigon where I went 3 years ago, and Katie has now not seen any Vietnamese tunnels.

We did visit some other sites in Hue though, including a very nice pagoda. 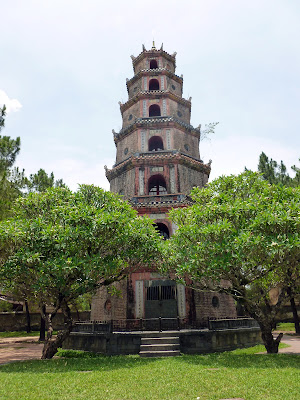 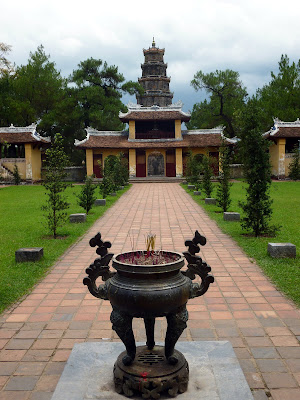 We then went to the Imperial Palace, which was basically ruins and was in the process of a very very long restoration project – this was fairly boring and disgustingly hot.. 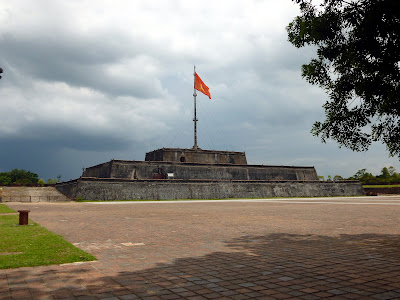 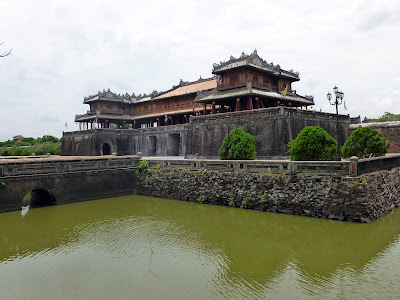 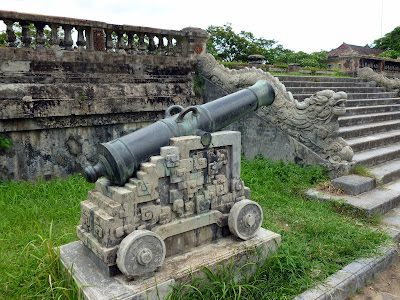 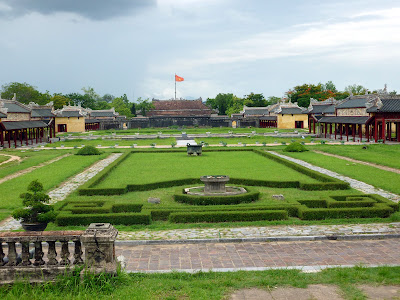