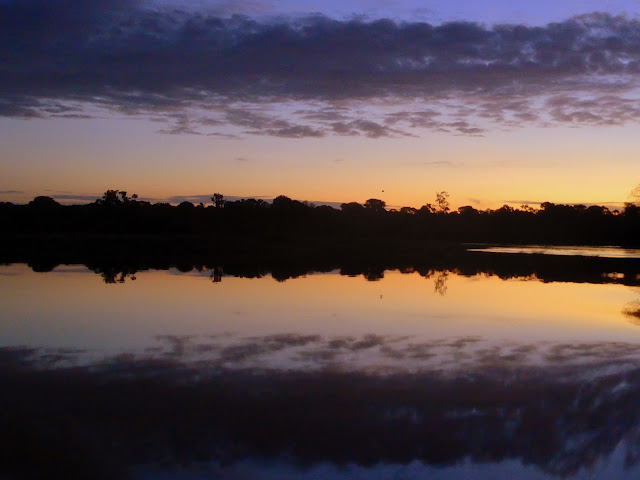 After all the antics of day one in the jungle, our first night’s sleep in the Juma Lodge was a little disturbed. As well as being a little frightened of the plethora of killer animals – from jaguars, spiders and scorpions, to tropical diseases spread by insects – the mosquito net we slept under was a little annoying, as they always are. If you move in your sleep you are suddenly pressed against this thin, grimy film that feels rough and reminds you of your vulnerability. Not to mention they are rendered useless anywhere that they are in contact with you as everything can bite through. Oh and it was humid. But what can you expect in a bloody rainforest, ay?

All of this to contend with, plus a 5am wake-up call so we could watch the sunrise meant neither of us were particularly chirpy when we boarded the boat. That soon changed though, as the wind blew through our hair. I remarked to Katie that this was most likely the cleanest and freshest oxygen we had ever breathed, being surrounded by so many trees (the boat fumes blew behind us). It was great riding through all the birds and waking them up and seeing them from so close. It was just beautiful being on a boat alone in the water surrounded by all these trees so early in the dawn light. 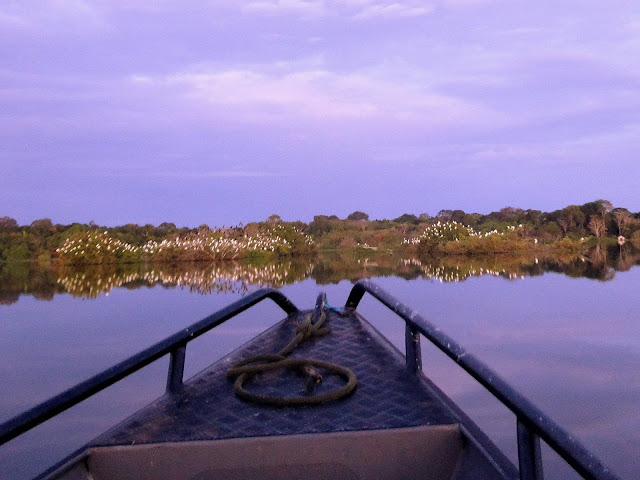 As we glided over the river, we didn’t see another tourist boat or even fishing boat – it was just the six of us and our guide Chitão. It felt like our experience was more unique and genuine than, say, Ha Long Bay in Vietnam, where we were surrounded by hundreds of other boats.

I said “glided over the river” before because we really did. The water was so smooth and flat, Katie wanted to get out and walk on it as it looked like a solid mirror. After a while we stopped, turned off the engine and started watching the sun do its thing. With the engine off we started to hear the sounds of the birds and the very peaceful noises coming from the jungle. Peaceful that is, except for one – the howler monkeys. As you can probably guess from the name, these monkeys are loud as hell. What they sound like though is utterly baffling – zombies. They moan and groan like something out of a George A. Romero film or The Walking Dead. Watch the video for yourself, as it is truly mind boggling. 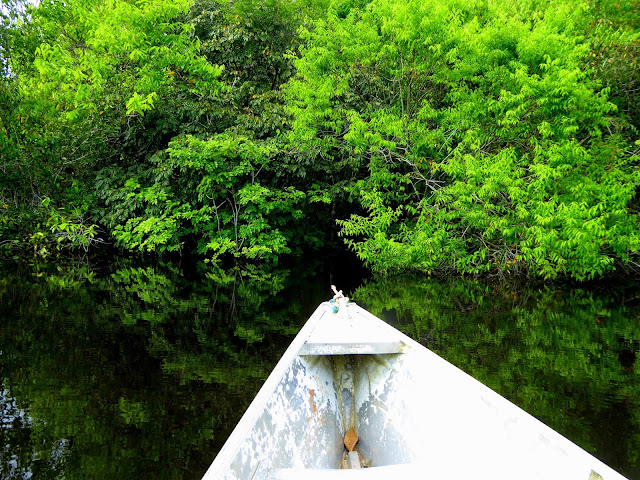 We survived our first encounter with the zombie howler monkeys and had breakfast back at the lodge. It was important to be well fed (like I need an excuse!), as we were going on a trek through the jungle. We took the boat again and entered the forest through some low hanging trees, parked up and began the hike. There were seven of us in total, including Chitão, and no one else in sight. The first thing keen-eyed Katie spotted was a nice hairy spider…great, a reminder of the critters. We saw a variety of interesting flora (photos and explanations at the end of the post) and some were fascinating – malaria fighting bark, a miscarriage inducing tree and a tree that walks (like an Ent from LOTR but smaller). The animals included bullet ants, which are used by tribes in ceremonies to prove that the boys are ready to become men. They have to wear a glove containing these ants and endure the pain without complaining or giving up. Apparently getting ten bites from these ants can potentially kill a man – pretty dangerous if you ask me!

The ants in the following video are not the bullet ants. These ants have a chemical in them that acts as an insect repellent...apparently. Although using one insect to fend off another does seem a little bizarre.

The rest of the day was fairly slow and having read a lot of reviews, this seems to be the case with a lot of these Amazon tours in Brazil. It isn't a non-stop adventure but a more slow paced tour of this beautiful and calm place on our planet. It was lovely just to go swimming and keep a look out for birds, as well as seeing next to no other human beings.

Camping in the Jungle 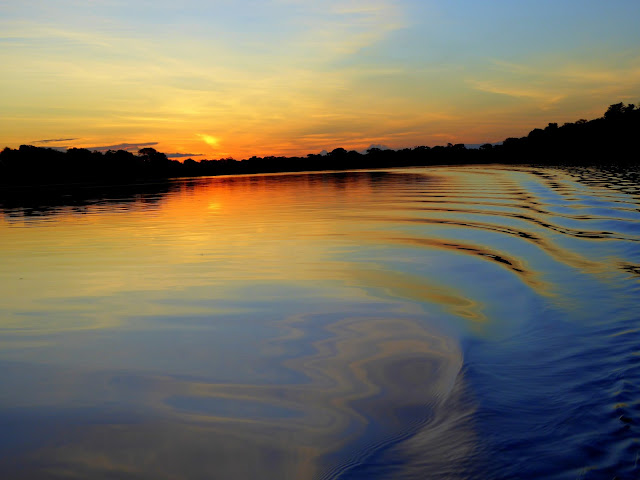 We had both been reluctant at first about sleeping out in the jungle, with only a hammock, mosquito net and a few leaves as shelter, for what can only be described as “sensible reasons”. However the enthusiasm of everyone that had done it, coupled with Katie’s general life motto of “regret what you did, not what you didn’t do”, (and maybe a little peer pressure) led to rationality and common sense being thrown into the river. Travelling by slow boat again, as the fast boat had broken down, we took a while to get to where we were going to sleep. The plus side is this meant we could take in another beautiful sunset in this oasis of nature. I cannot remember a day when I so actively watched a sunrise and sunset. As the sky darkened, we approached our jungle campsite. The long journey only added to the feeling that we were really going to be sleeping deep in nature, far from people, running water, medical assistance…

With our guide’s help we set up our hammocks and mosquito nets and I noticed a huge spider very close to where we would be sleeping, which really put the fear in me! But once darkness fell we were able to forget about the uglies for a while and enjoy the wonder of the fireflies and glow-worms, which were seemingly enjoying a silent rave that our mp3 players could not tune into.

The next task was to build the campfire – it’s amazing how much comfort a fire can give but it definitely felt like a good idea when there were caiman, tarantulas and a whole host of other murderers lurking around. We roasted a whole chicken on the fire and ate it with rice and cucumber. The chicken was really succulent and tasty. To prepare us for the night of “sleep” we had a few beers and some Amazonian “wine”. The “wine” tasted more like alcoholic grape soda and it was hilarious watching our French campmates try it! But it seemed to do the job and soon we were all merry and blissfully ignorant of the huge tarantula nest just twenty metres from our hammocks. It was a bit surreal to be drinking ice cold beer in the middle of the jungle but thanks for a quality cool box we were living the 21st Century traveller’s dream.

Due to the beverages, campfire stories became amusing rather than terrifying – like the story about the guide who now has a permanent limp thanks to a venomous snake bite that would have killed him if he had been as far away from the hospital as we are. Or the one about a previous visitor who woke up with a tarantula in her hammock. We did check our hammocks thoroughly before getting in though! And with this Dutch courage we also went back out in the boat for some midnight stargazing. We saw three planets – Saturn, which was very close to the full moon, Jupiter, and Venus. Jupiter and Venus were very close to each other and at one point we saw the International Space Station pass between them. Very cool. What made this experience both more interesting and a little surreal was that Chitão had an app on his phone that, when held up to the sky, not only named the stars and planets you could see but formed images around the constellations. While being totally “unplugged” is something people seem to really love about their time in the jungle, I have to say this app was pretty amazing.

The volume of insects in the Amazon was significantly less than when we visited the rainforest in Borneo. I remember being attacked by 2-3 inch insects while eating in Mulu but in the Amazon the main concerns were the mosquitoes and spiders. Perhaps the number of large spiders explains the lack of large insects, or maybe it has something to do with the water. Either way it made being outside at night much easier. Unfortunately, the alcoholic beverages meant we needed to wee and when surrounded by mosquitoes and other creepy crawlies it can be a little daunting. There was a slightly more open space about 30 metres from the campsite that was used as a "bathroom", but unfortunately to get there you had to walk past the aforementioned tarantula nest…Dave might have been intimidated by the toilet situation but I was downright terrified. It’s all very well standing there, weeing up a tree and having to keep a look out for attackers but as a lady, things are…well to put it bluntly, things are closer to the ground, harder to keep an eye on and more exposed. I wish I had taken a shewee thingy but unfortunately I wasn’t so well prepared and left the next morning with a few unwelcome bites.

We eventually ran out of alcohol so it seemed like a good idea to go to sleep. As we were snuggled up in our hammocks, both fully dressed (hiking boots and all!) we had no idea what was coming to wake us…

Below are some more photos of our second day in the Amazon and be sure to join us next time for more jungle antics! 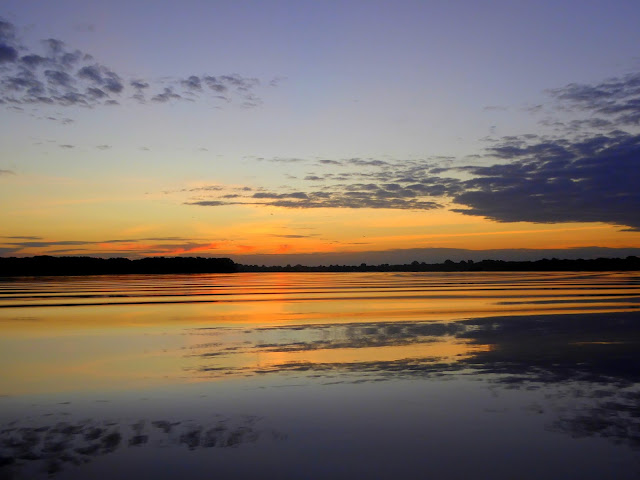 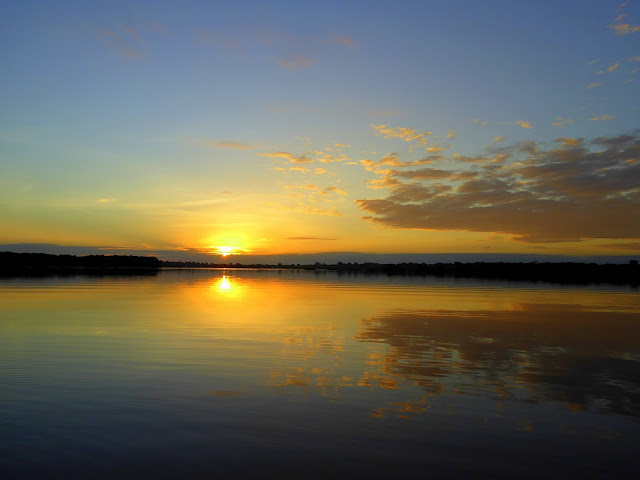 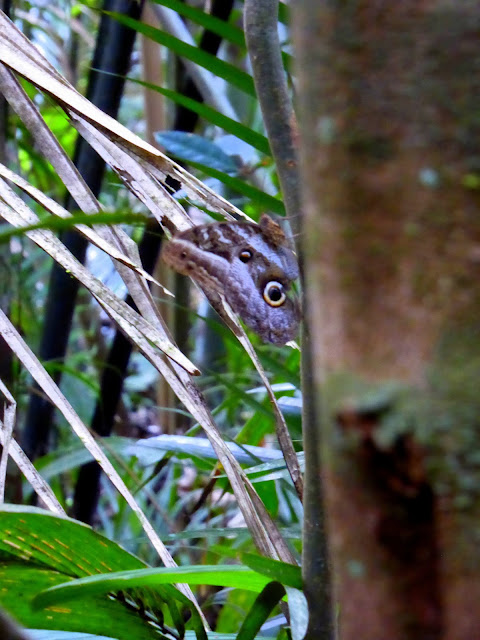 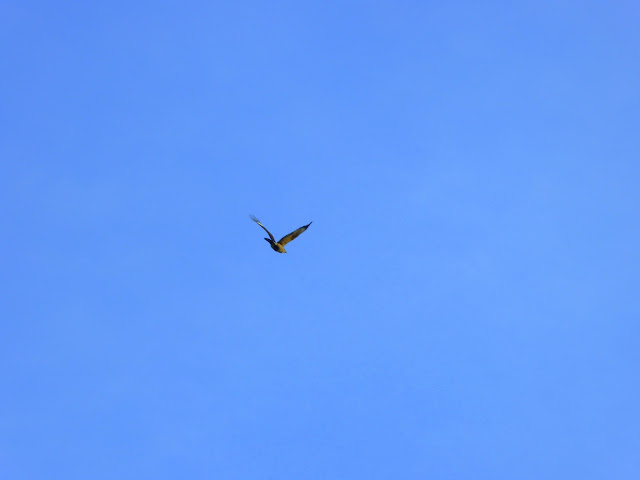 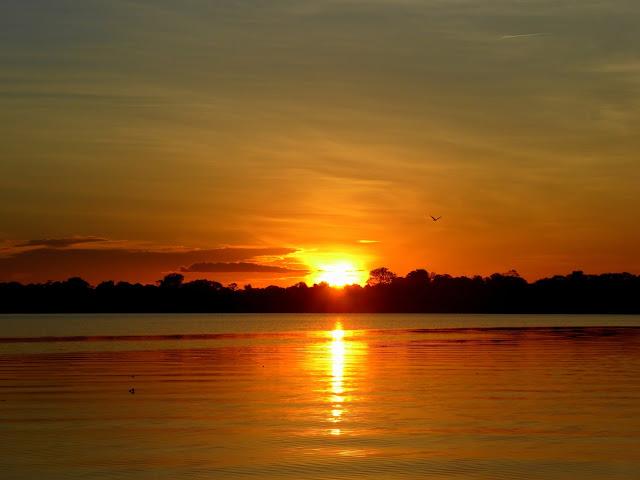 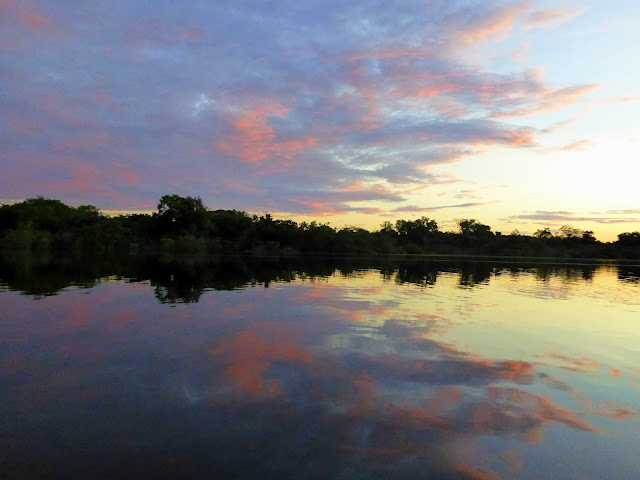 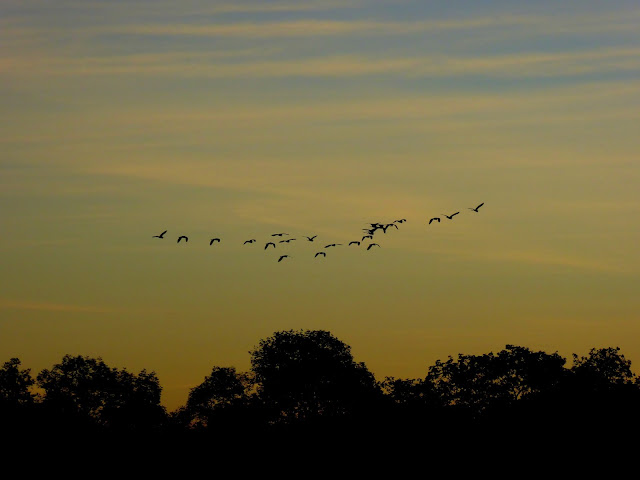