The One with the Wedding Cake

In August we attended a truly magical wedding. Jen and Patrick gathered their nearest and dearest to celebrate their marriage with a charming, relaxing and fun-filled few days in rural France. A group of us actually stayed for a week after the wedding, and it turned out to be a lovely little holiday.

The wedding itself was on the Saturday, but most people arrived the day before and stayed a day or two after. We (me, Dave, Mum and Dad) arrived on the Thursday, as we were responsible for the cake! After a couple of days of intense baking, we loaded the car in the middle of the night and set off to the channel tunnel. We picked Dave up on the way and Dad powered through the 12+ hours of driving like a trooper. The journey was long and Mum and I were pretty squished in the back of the car, since the boot was full of cake and all luggage was therefore on top of us! But we saw some beautiful views, passing through quaint villages, stopping at a lovely lake for lunch and driving past endless fields of golden sunflowers.

We arrived mid-afternoon on the Thursday and were greeted by Patrick’s family; the wedding was taking place at their holiday home in the Burgundy region of eastern France. There were tents in the garden and guests were spread between these, the youth hostel opposite and a gîte next door. It’s a beautiful place and the weather was glorious (though the heat would become an issue).

As usual, I could fill this blog post just talking about the food we enjoyed over the next few days, but I’ll do my best to keep that part brief. On this first night Jen made Kosheri – a delicious Egyptian lentil and rice dish that Mum and I have since recreated and will no doubt make again soon. And on the Friday night, once most of the 80 guests had arrived, we enjoyed an absolute feast of curries and rice that Jen and Patrick had made. How they did it, I have no idea, but it was excellent!

Jen is one of the most organised people I have ever met, so needless to say when the day of the wedding rolled round, everything was planned out meticulously. Jen had a notebook which became known as “The Bible” and outlined exactly what needed doing, and by whom, throughout the day. Actually, I think it covered a couple of months before the big day and at least a week afterwards!

On the wedding morning, Jen’s only job was to relax and get ready, so The Bible was handed to me with clear instructions and the power to delegate. There were plenty of hands free to help and by the time the ceremony began, everything was looking perfect. The only downside was that, given the size of the venue and the fact that it was all outside, I had spent the morning doing a fair bit of shouting, the consequence of which was that I had no voice for the best part of a week afterwards. Oops! Still, it made Dave’s retreat to the countryside that much more peaceful!

At midday we gathered in the orchard of Patrick’s parents’ house for the ceremony. It was a beautiful day and the whole thing was completely idyllic. Unfortunately, our dear friend Hazel was unable to attend the wedding as she was eight months pregnant, so I skyped her and she and her husband Joe watched the whole ceremony live from Bristol. Oh the joys of technology!

After the ceremony there was a bit of posing for photos and then we all made our way over the road to the grounds of the hostel, where the rest of the day would unfold. We basked in the sun, playing lawn games and chatting until it was time to sit down. We all settled under the gazebo for a wonderful meal of gazpacho soup, garlic tart, a variety of salads and, of course, the speeches. All of the speeches were excellent, and the atmosphere was light and full of love. Then came the surprise – Patrick’s family, along with Jen’s mum and sisters, all got up and sang in perfect harmony to the newlyweds! It was a wonderful combination of loveliness and cringeyness.

Once the speeches and singing were over and the food had been devoured, it was time for dessert. The cake! And boy, what a cake it was…

The story of the cake began months before, when Mum first offered to make it. Patrick’s favourite cake is carrot, and since neither of them has a particularly sweet tooth, continuing the vegetable cake theme was an easy choice, with chocolate and beetroot, and lemon, courgette and poppy seed as the other two flavours. Taste tests were done and everyone was happy with the choices. Three flavours, three tiers – sorted! Right? Well not quite. The couple had chosen a very specific cake topper that would dictate the size of the top layer, and therefore the subsequent layers. Long story short the cake ended up as FIVE HUGE TIERS, the scale of which is best portrayed in this photo. 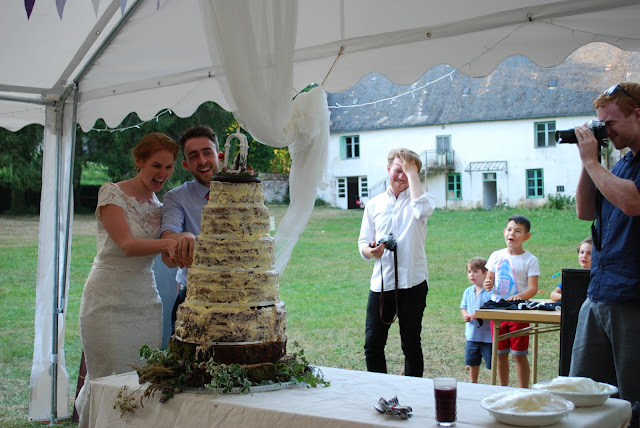 The cakes themselves were delicious and went down a treat after the meal; since they were served as dessert, a decent dent was made on that first day. But it did take several more days of concerted effort to get through the leftovers.

Remember earlier I mentioned the heat being an issue? Well aside from the sweaty guests, the main problem with 40° heat during an outdoor wedding proved to be the integrity of the icing on the cake.

Mum had been working on a cooked buttercream recipe, which research showed was both a little less sweet, and a little more stable than the usual whipped frosting. Unfortunately, it was just too hot and it icing was melting off as quickly as she could put it on! And what’s more, since it was outside, Mum and Dad had fashioned a bit of a mosquito net to protect the cake from the local wildlife. It was excellent at keeping the wasps away, but as the wind picked up, it soon became stuck in the melting frosting and by the time the cake was cut, it wasn’t such a pretty picture. 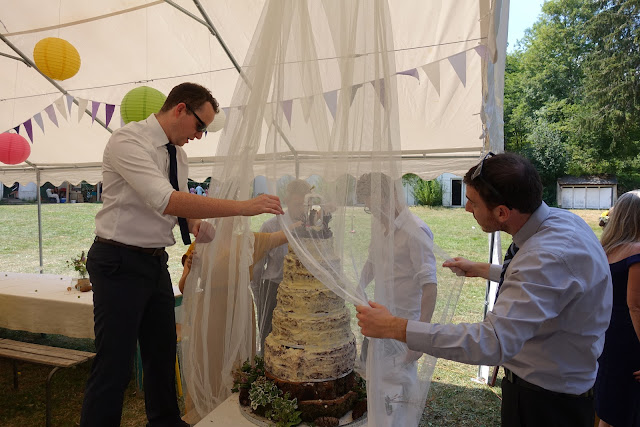 Poor Mum. She worked so hard on it and then they drove so far to deliver it! But remember, life is about the uckle, not the shuckle and at the end of the day all anyone really cared about was how it tasted – and boy, did it taste good! Not that there was ever any doubt about that. Everyone got a plate with a slice of each cake and they went down a treat. Well done Mum – it was a magnificent feat and you outdid yourself. And Dad was his ever-helpful self, having procured some lovely slices of log to sit the cake on and then acting as the best sous chef anyone could ask for.

After the much anticipated cake came the dancing, and this went on well into the next morning. It was a great party and everyone had a wonderful time.

Mum and Dad headed off the day after the wedding, unable to stand the constant praise and compliments about the epic cake! The next few days saw numbers slowly decline as other guests departed, but there were about 15 of us who stayed for most of the following week.

The week was relaxing, with lots of food, cheese and wine…so much wine! We worked our way through all of the wedding leftovers and had some lovely meals together. One night turned into a bit of a rave with some outrageous dancing and Simon’s car’s pimped-out stereo echoing through the surrounding acres of land as we partied the night away.

We also took a brief trip into Dijon, which Dave will talk about in the next blog post. Walking around the city was lovely and the cherry on top of the dead mice on top of the melted cake. Oh yeh, I forgot to mention - the cake topper was two taxidermy mice dressed as a bride and groom...yes, real mice. Weird.

Thank you Jen and Patrick, and your family, for your generosity and hospitality. It was a week we’ll never forget! 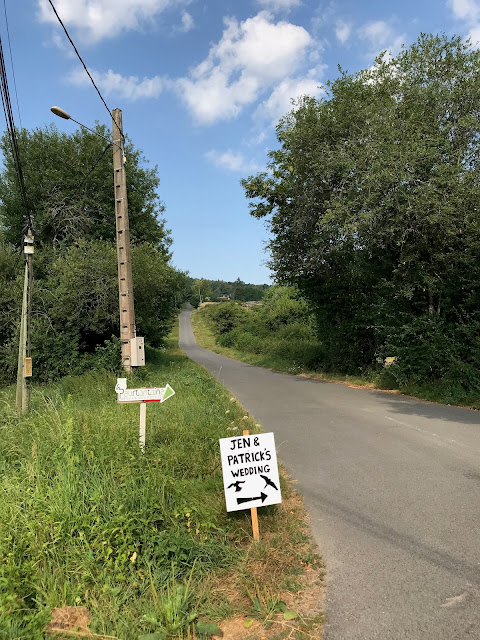 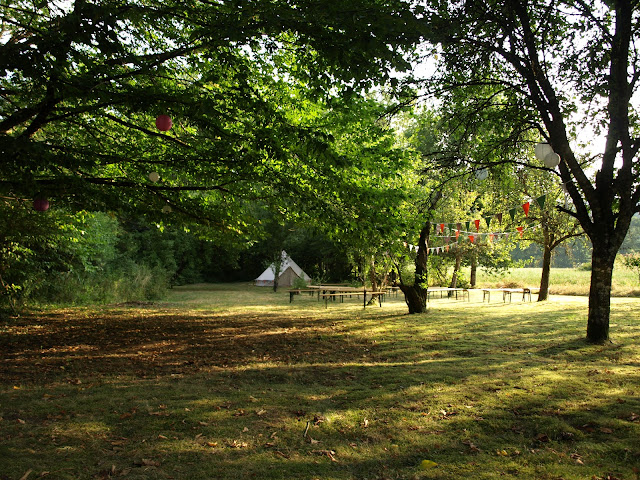 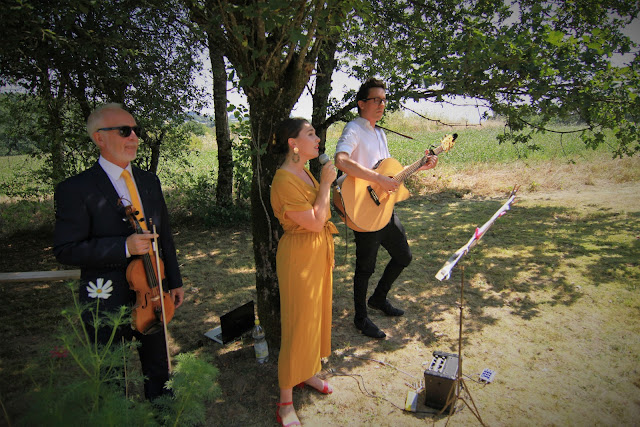 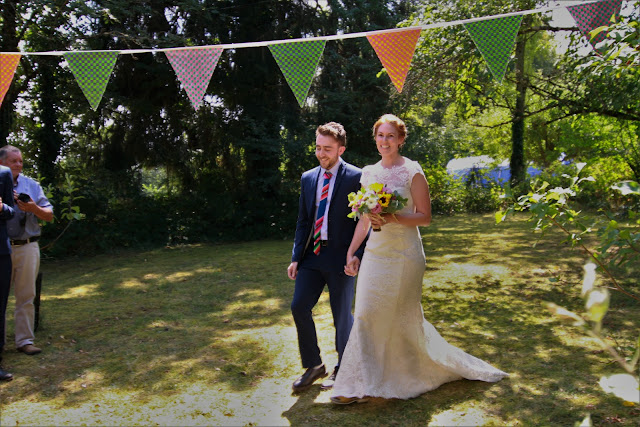 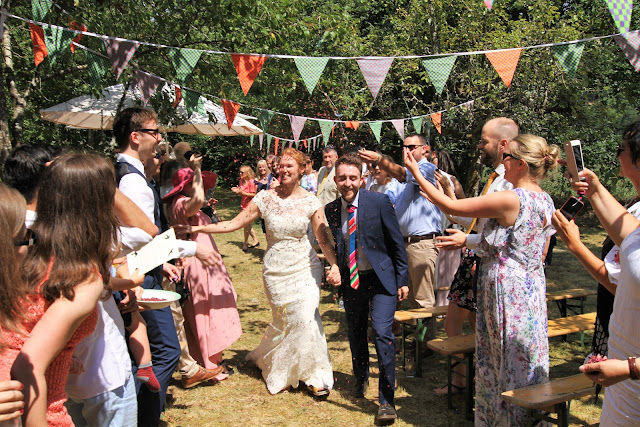 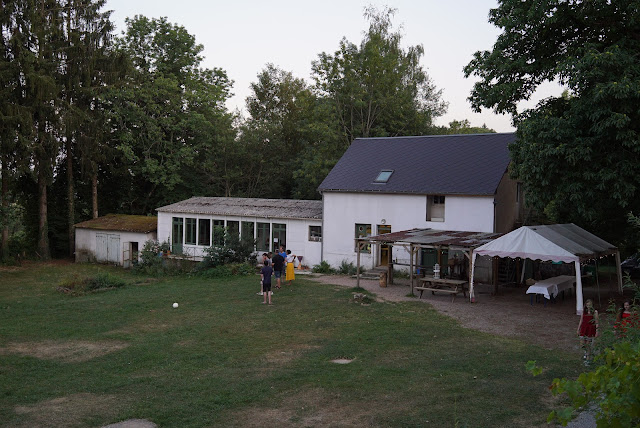 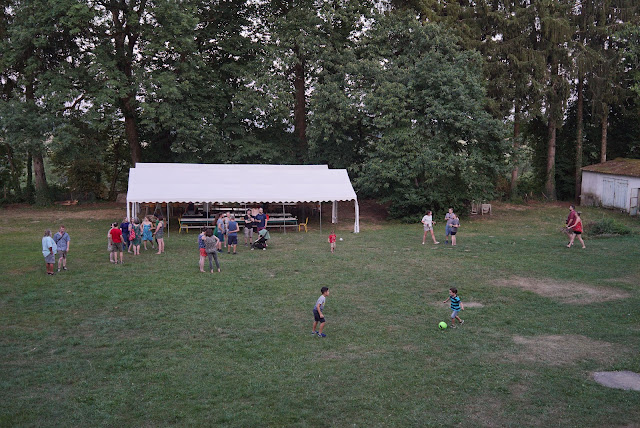 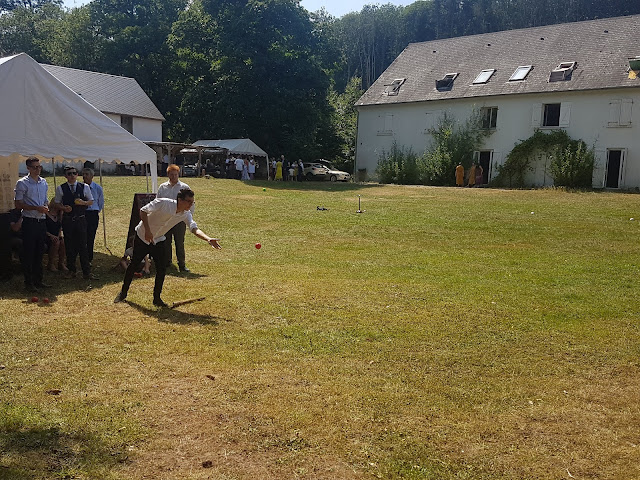 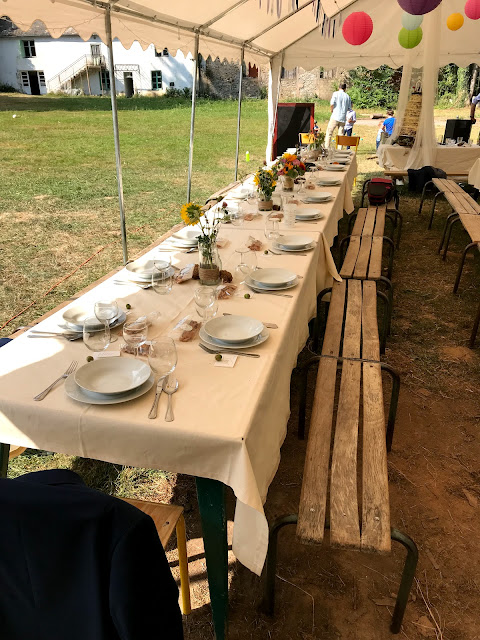 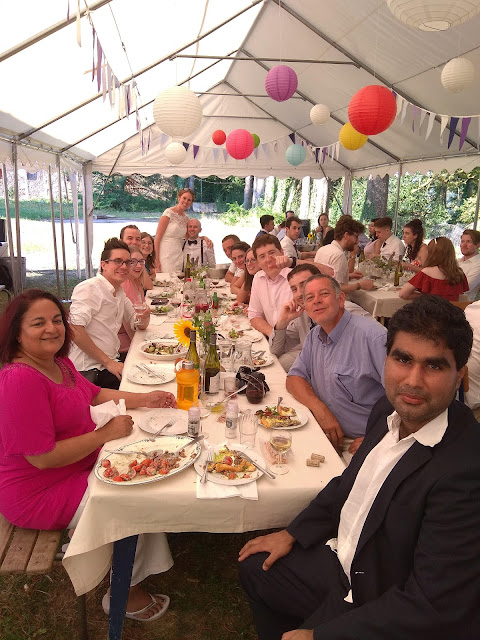 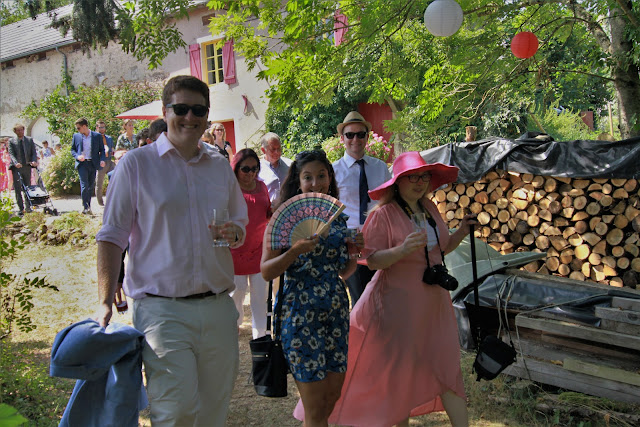 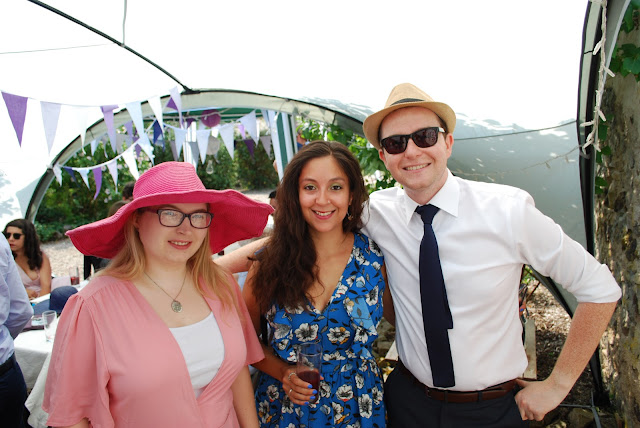 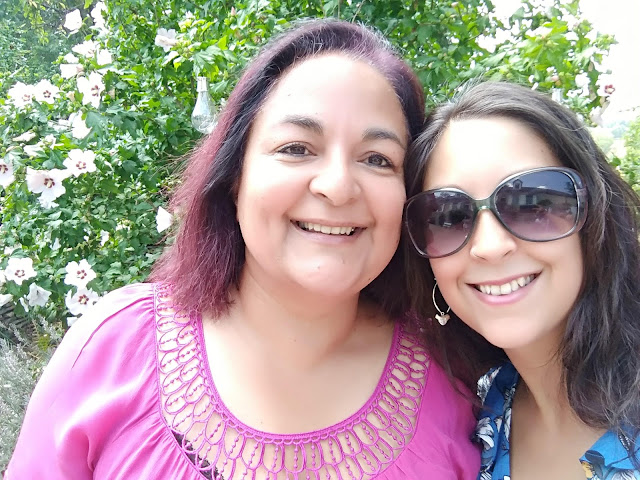 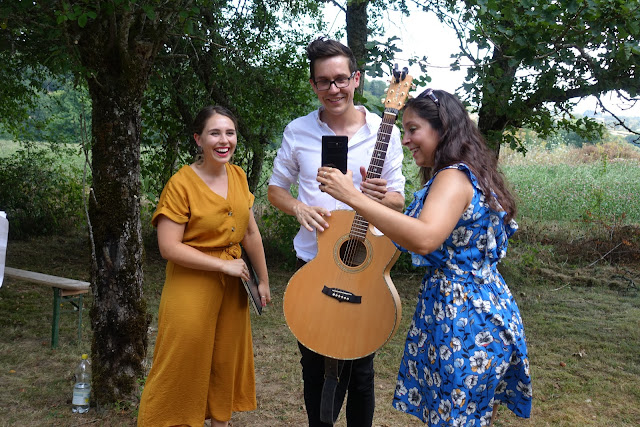 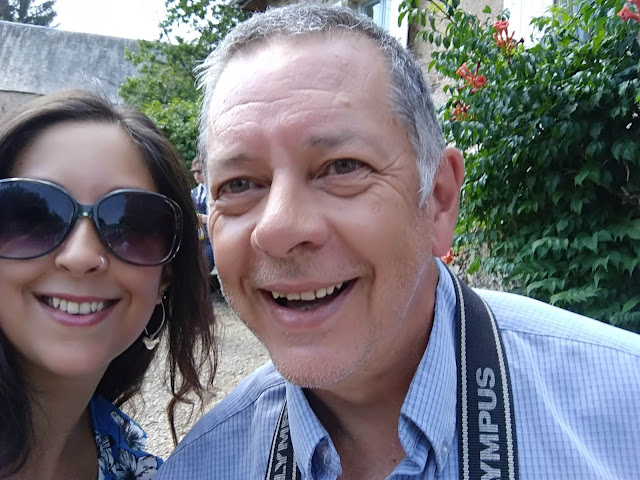 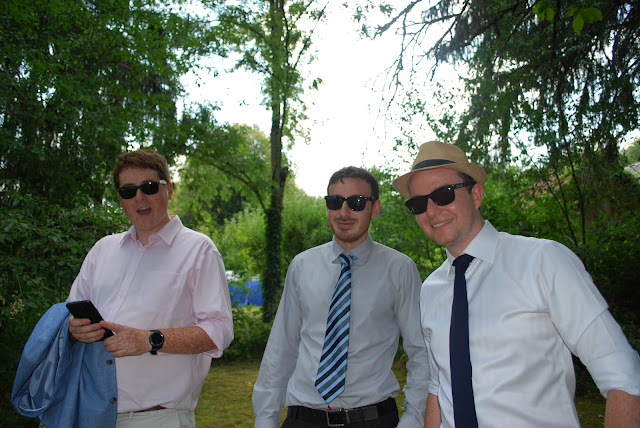 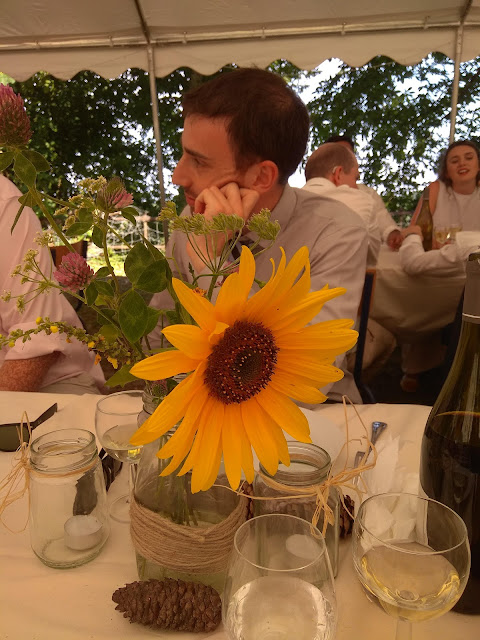 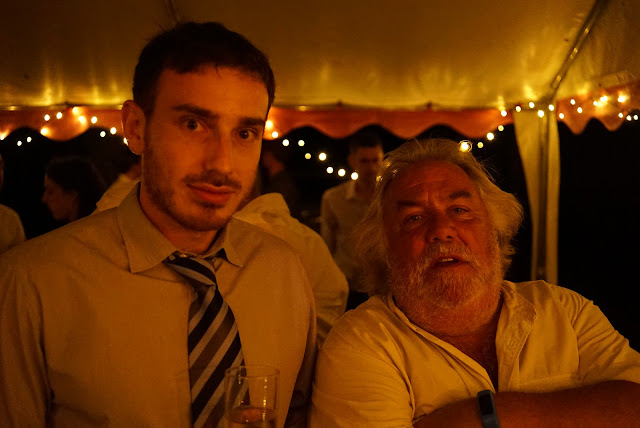 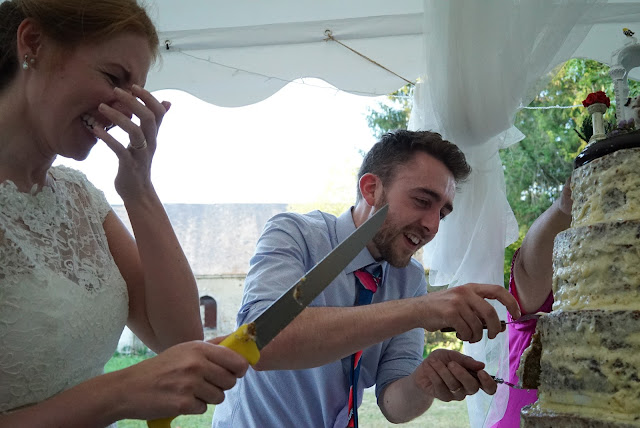 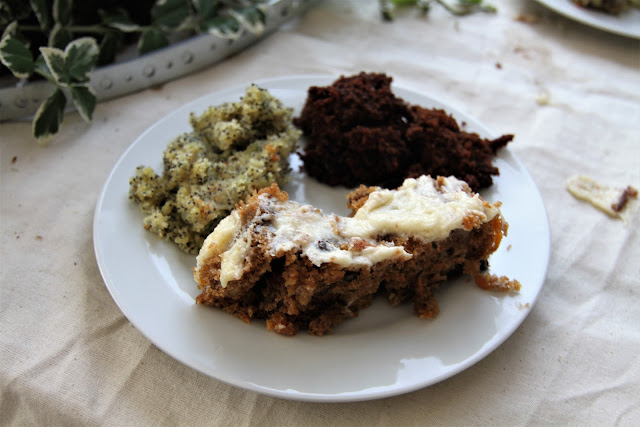 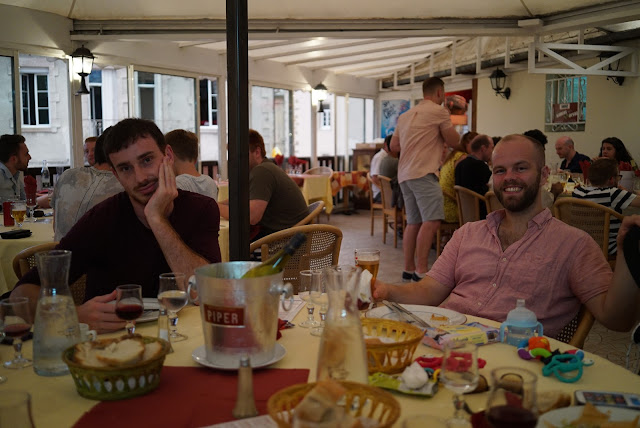