As we mentioned in our last post about the San Juan festival in Valencia, my cousin Anya and her friend Charlotte came to stay after their A-Level exams. We had an absolutely raucous time celebrating with them, doing all sorts of wild things like going for hikes and lying on the beach. Boy, do we know how to party!

I feel as thirty-year-olds, the burning fire of crazy youth has dwindled to smouldering embers that require a lot of work to stoke back to that level of youthful craziness.

Although it wasn't too crazy, we did have a really nice time (and hopefully they did too!) One of the days we rented a car to explore some of the countryside around the city. Our first stop was a town called Chulilla, which had been recommended to me by a colleague as a good place for a nice walk. And it was! We parked up, picked a direction and started walking. Pretty early into the walk we got a lovely view of a ravine, and spotted some little deer down at the bottom! 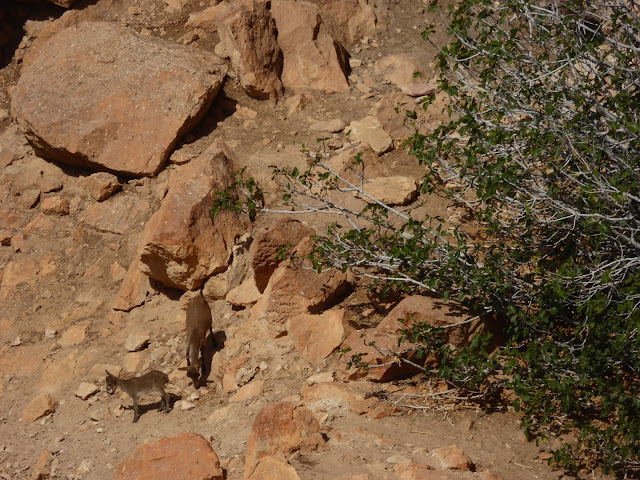 The day was hot and there was no shade on the hike, so we took it easy and the girls were very vigilant with their sun cream. After a while we came to a suspension bridge, which Anya and I were a little nervous about crossing. But we did it! And then tried not to think too much about having to do it again on the way back… 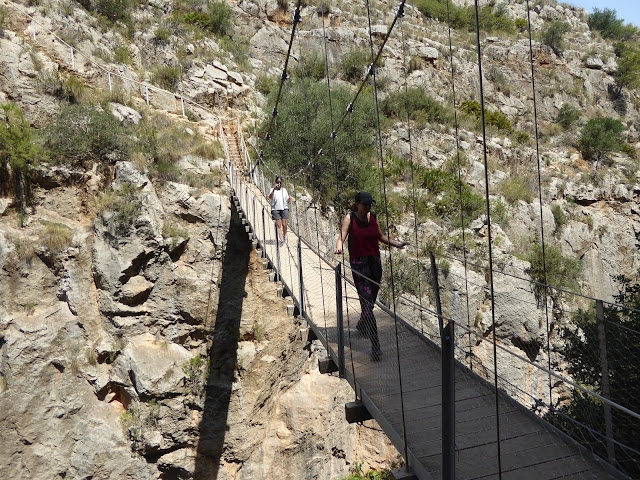 After an hour, we came across a lovely little clearing with a bridge across the stream, where Dave and Charlotte had a paddle to cool off. Then we turned around and made our way back, as our water supplies were running low and we forgot to nominate a hydration captain for the day! After the near-death-by-dehydration experience on a hike earlier this year, we've decided a hydration captain is essential whenever we're out of the house.

Back at the car we rehydrated and enjoyed our packed lunches before heading into the town of Chulilla. We attempted to make our way to the castle but were thwarted by the insanely narrow roads and maze-like one-way system. This has become a reoccurring problem when driving through small towns with castles on hilltops. The roads were designed for little horses, not rental cars with little horsepower and large excesses. 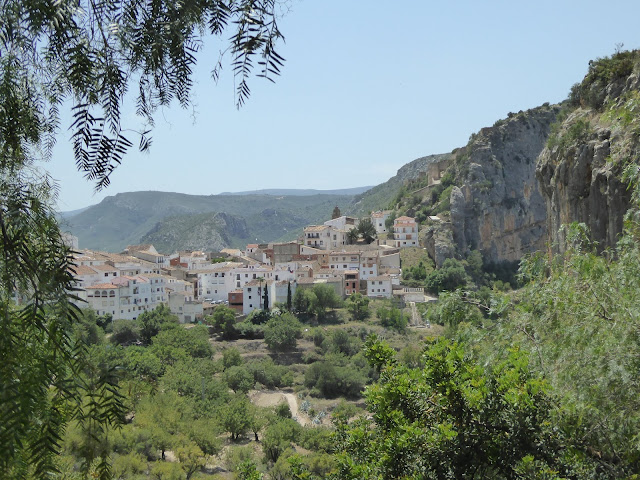 After agreeing that returning the rental car un-ruined was more important that seeing the castle ruins, we left Chulilla (which is very quaint) and headed further west. We enjoyed the views as we drove around the hills and sandy, dry fields. Then we came across an incredible reservoir and dam in a place called Benagéber. The views were pretty impressive and we stopped for a while to take it all in.

Once we’d had our fill of the vista we headed back towards Valencia, stopping briefly in Chelva. We thought there might be a nice walk to be had around the Ruta del Agua area, but either we were in the wrong place, or it just didn’t seem impressive enough to our tired eyes. Regardless, we found a picnic bench and enjoyed the excuse to stop and have an ice lolly.

It was a lovely day and, while the landscape around Valencia isn’t my favourite, I’m definitely growing accustomed to the less lush, less green nature and learning to appreciate it for what it is. And it’s not half bad. 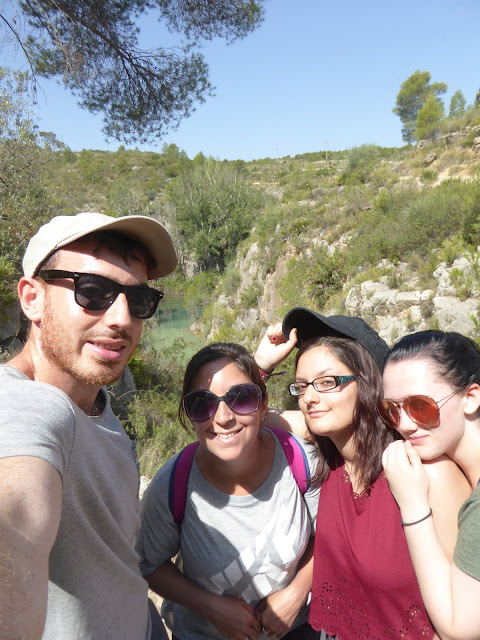 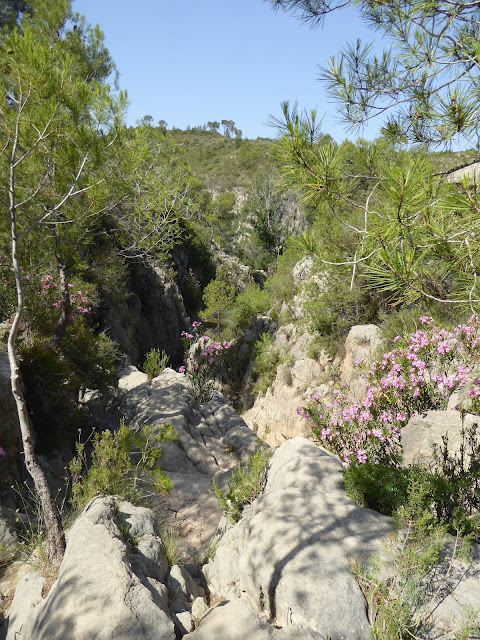 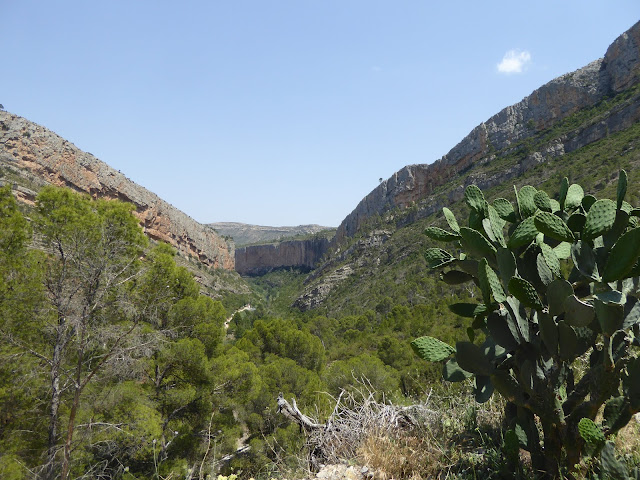 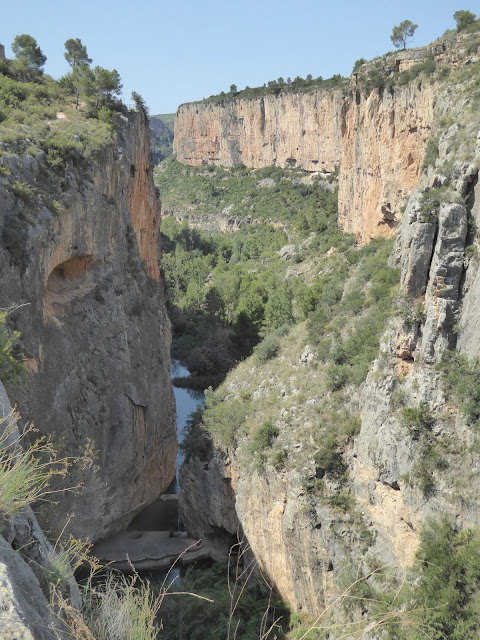 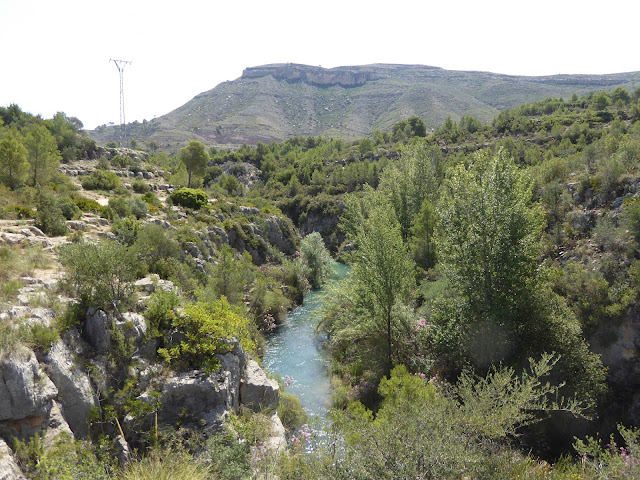 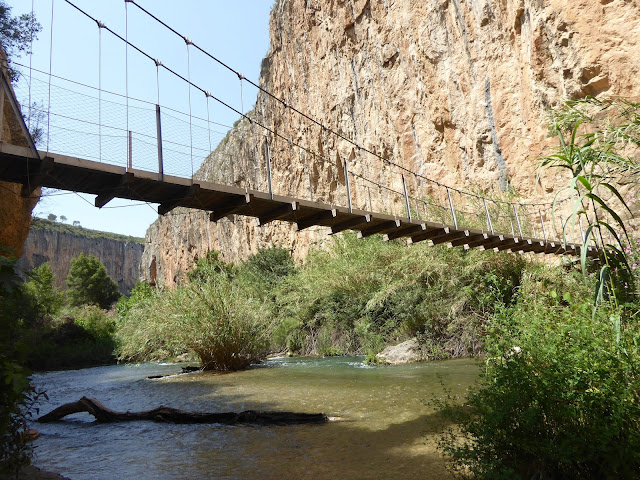 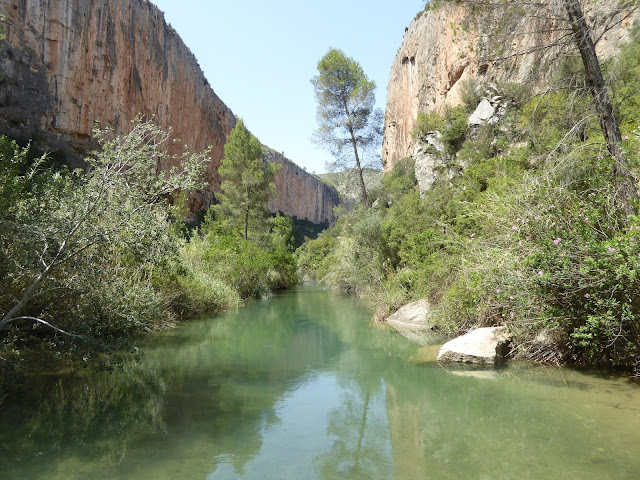 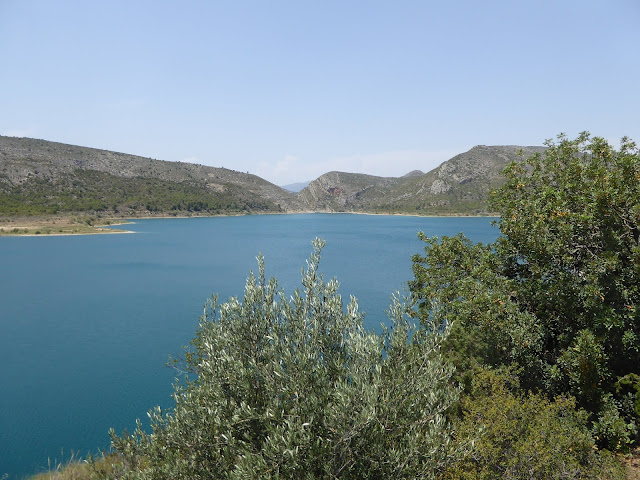 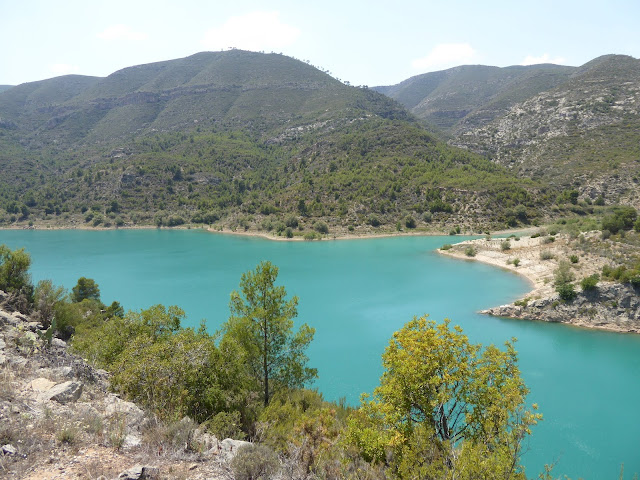 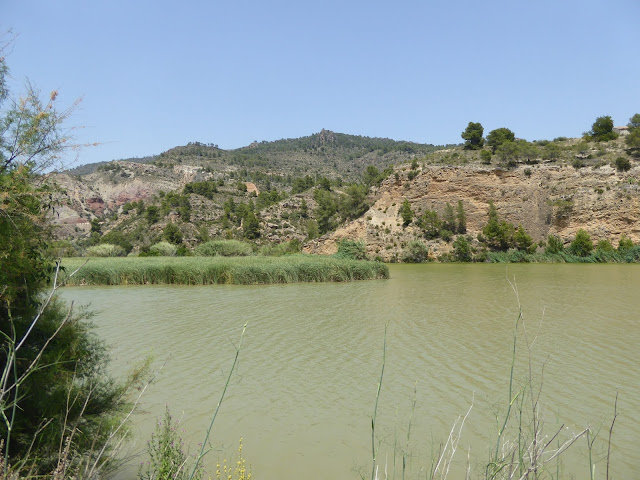 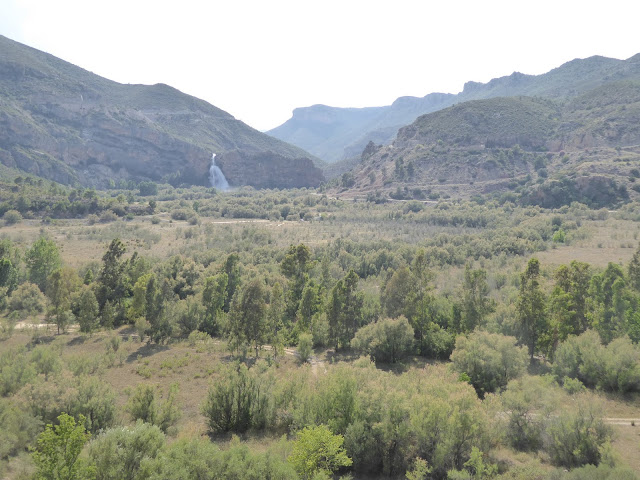