My Thoughts on the VR Journey So Far 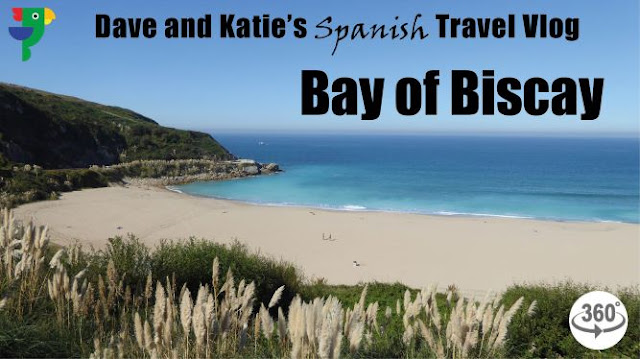 2018 has seen a hell of a lot of progress with the tech. It's easier to forget that the Go only came out in May, as it has been a staple of my VR use since I got one. I reckon my hours of Go have surpassed my Rift usage and no it isn't simply NSFW content (I've gone #noVRfap on that, haha!)

I'm not a big gamer at all (I use my rift mainly in Premiere Pro or to try out games + Beat Saber) and bought the Go to help me showcase my 360 VR experiences. Yes, I call my edited 360 VR videos with graphics/photos "experiences" even though they are hosted on YouTube, VeeR, etc.

For me, embodiment is a key concept and a well crafted VR experience transforms the viewer to a new place. E.g. My biggest project so far is where you learn Spanish in an embodied experience in a classroom and then out and about in Spain (a quick showcase is here and a survival Spanish pack is here - all free!) It's much more than simply a video IMO but let's not get bogged down in semantics.

The point is that the Go has made VR simple, which for me is the biggest hurdle to overcome. The comfort of headsets is very important but buying a Go for my girlfriend's parents and having them ABLE to use it is the most important. The Go just about manages this and I think simplicity is the way forward. I'm sure when Apple join in the fun, they will nail this aspect. VR can't just be for people with technical knowhow.

This year, I have watched hours of 360 experiences (#noVRfap) and played a whole bunch of games. I've been stealing the best uses of the medium to implement them in my own projects. There are some great creators out there, which is good to see, as we can all learn from each other, and the hardware market is improving at an exponential rate.

My main hardware decision this year has been about buying (and not buying) cameras. I bought the Yi 360 VR for its high resolution and relatively simple workflow. After my failed Kickstarter, I wanted to double down on my bet on VR and go for a professional rig. I came very close to getting the Insta360 Pro 2. With the camera and PC upgrade, I realised I would be sinking the best part of £12k into the upgrade, while giving myself more work to do regarding workflows, etc. I also realised my main reason for doing this was to show my commitment to the medium.

I decided instead to delay the camera purchase and commit my production company to release a new 360 VR experience (video) every Friday. We're currently doing a series around Green Spain in what we'll calling a VRlog, i.e. VR Vlog. These videos are sharpening my editing skills and helping me realise what I can improve upon. If you have some free time in VR, have a look, and tell us what to do better.

So what comes in the next year? I recently filmed and made an experience for a friend's wedding. Their reaction to the 20 minute experience was priceless and I was blown away. It made my day and definitely made theirs. They absolutely loved it and they now have a memento of their special day for decades to come (assuming no divorces :P)

We're going to expand into weddings and other celebrations (I'm filming my cousin's Bar Mitzvah this weekend) so we'll see if I can actually begin to fund the experiments in VR we're creating.
I think creating experiences that put you in the mindset (create wearer embodiment) of an important life event or cultural event (see our Fallas documentary) is the key difference between video and 360 VR. You can feel the joy and relive that special day, or experience that event, in a much more realistic fashion than any other medium. 360 VR tricks you so completely that it's almost like having a time machine and gives you the ability to visit your wedding/big event as a passive observer.

The other major project I want to do in the next 6 months is a fictional narrative drama that I have written. I have been writing screenplays for 12 years that have sat on hard drives and done a few table reads… But now I'm making 360 content, I'm writing 360 scripts. I have the actors signed up, location agreed, and am more-or-less ready to finalise the date BUT I want to film using a better camera than my Yi 360. Anyone that can shoot (and edit) high quality (6K 3D and above) in London that is interested, send me a message and we can sort something out. The script is a comedy, similar to Withnail and I, but set in the very near future with the characters being addicted to tech and not just booze and drugs.

Over 2019, I plan to build my knowledge with Unity, and hopefully bring in a business partner (unity developer) to help with future projects that utilise a lot more functionality than our simpler 360 VR video experiences. With the Quest, etc coming out, I think this will be essential to ensuring we stay relevant to our fans.

How am I funding my life? After 5 years as an engineer, living frugally, and a girlfriend that works as well, we left our careers to move to Spain from the UK. It's cheaper here and she works part time teaching English. Her job plus savings are how we survive day to day. We also have Patreon if anyone is interested in supporting our endeavour.

My closing point is one of optimism. This technology is groundbreaking and I know I'm preaching to the choir, but fuck it, sometimes the choir needs a good preaching!

VR and AR are the future. The paradigm shift in immersive experiences is happening and we are watching it unfold, quite literally, in front of our eyes. Quitting my corporate engineering work and starting afresh, doing what I want to do, in an industry that is finding its feet, is both exciting and scary. Together as a community, we will succeed. You only have to remember the first time you used a proper VR system and had your mind blown to realise that this is an inevitability!

Good luck with your projects and let me know what you thought about this post or any of our experiences you have seen.

TLDR: Not making money as a VR creator but making weekly 360 VR (video) experiences hoping to build an audience with a strong belief in the medium!