All in all it's just another, blog on the wall

I currently have blog diarrhoea – they are coming out fast and they aren't as solid as I would hope for. However the China adventures must continue as we depart for Japan this weekend and this blog is becoming as outdated as my jokes (and sitcoms).
After the rammo sights of the subway and the Forbidden City in Beijing, our expectations of a quiet tourist attraction were low for the Great Wall. We flirted with the idea of going our own way or even paying to sit in a bus for longer to go somewhere further away from Beijing and hopefully less busy. But finding an isolated spot in China is like trying to find a decent beer in Asia – it’s just not gonna happen.
We went to the Mutianyu section and we were both very happy with the choice. It was isolated enough to get some non-crowded photos and we got some awesome views as it was a clear sunny day.

It was an amazing feeling, standing on The Wall above the treetops, feeling like I was on top of the world...and yet couldn't help but wish that The Great Wall of China had been fitted with The Great Awning of China. By the time we were actually on the wall and climbing the hundreds of steps up and down, and up and down, and up and down, we were stuck under the midday sun with nothing but a handful of watchtowers to provide some shade. It was hot. Really hot. And for the first time in my life I was actually worried I might burn! Not only were we dripping with sweat, but we were being constantly accosted by all manner of prehistoric-sized insects and at one point, even a donkey! Needless to say, as wonderful and breathtaking as the experience was, it wasn't exactly a glamorous occasion.
Our coach dropped us at the bottom of a hill and we got a cable car to the top of the Wall, which provided us with some good shots. Let’s just shut up and look at some photos. 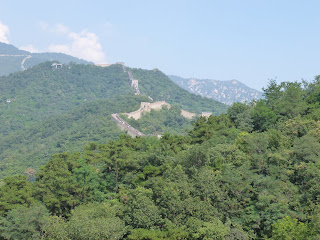 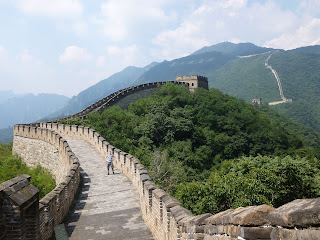 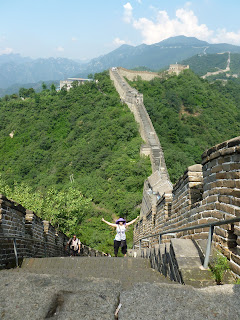 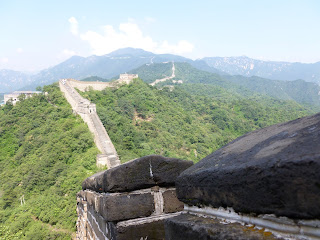 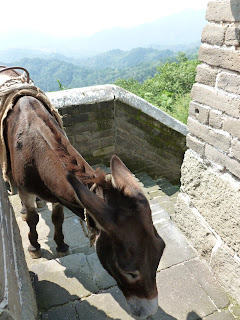 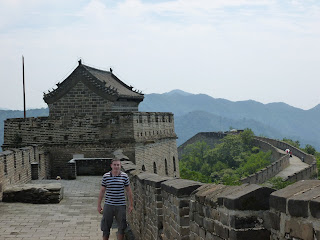 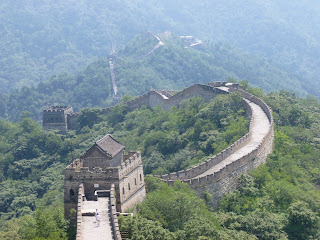 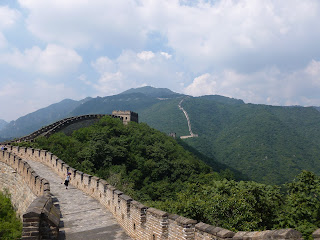 We saw some old wall as well that hadn’t been restored – it was … similar but older. Like Martin and Charlie Sheen. 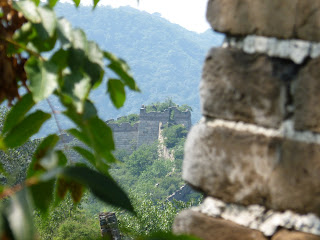 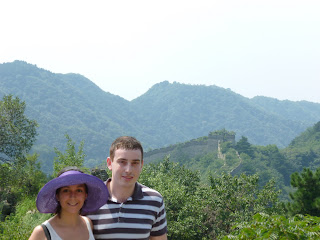 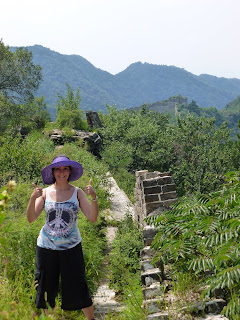 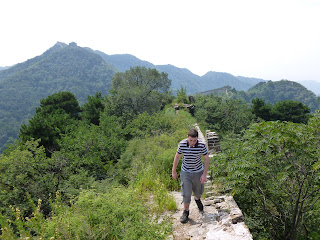 The best part of the day was getting a toboggan down from the wall. It was great fun and it felt like a truly authentic Wall experience. 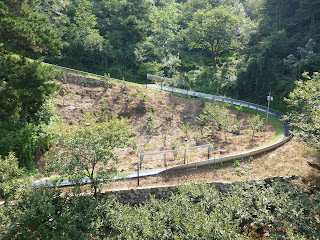 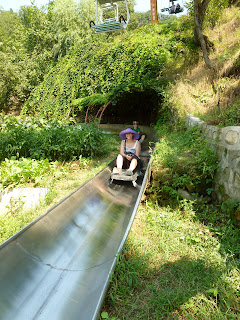 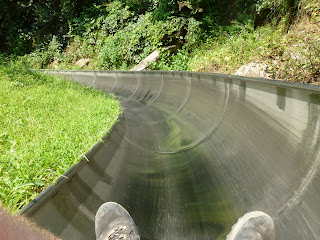 There are loads more photos in the very cleverly named facebook album "All in all it's just another pic of The Wall" - yes Dave I am taking credit for the name of this blog too because let's face it, I'm the witty one here.