Things we wish we could say to every Korean

Disclaimer:
This post is not meant to offend. It is not written as a list of stereotypes or generalisations. It is simply observations we have made while living here, that may or may not apply to the majority, but that we nevertheless feel the need to rant about. We are not saying that all, most, or even several Koreans do or say the things listed below. It may have only happened once, but we are leaving and just wanted to get a few things off our chests. These are opinions. Mere thoughts. And thoughts are not facts. Thank you :)


Stand on the left, Walk on the right. Not only that, but it is also possible to walk up escalators, so be aware that some people may want to do this and STOP BLOCKING THEM. There is a train arriving and you are waiting around without considering the 6ft foreigner behind you rushing to make his Muay Thai class. 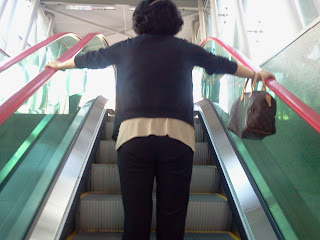 Stop the excessive umbrella usage. You are not the wicked witch of the west, a splash of water will not melt you. Unless you are one of the make-up caked older women, in which case you should be careful of melting. Also a few minutes of sun will not give you a tan – this is coming from a fellow sun hater – so umbrella usage on a 2 minute walk is unnecessary. It's more the umbrella usage, coupled with the above mentioned path-blockage (but on pavements) that really gets my goat (is that a saying?) - but then we have to remember Dave, we are from the country of perpetual drizzle, where people cover themselves in oil at the first sight of summer sun, so we definitely have a big bias here.

Coughs, sneezes, and spitting spread diseases. Please cover your mouth when you cough or sneeze near people, especially on the subway. This isn’t pre-Black Death – we know that disease exists and is spread by coughing, spitting and sneezing. Also if you cough in my face, expect a “what the fuck!” Spitting all the time, including on the floor of subway stations, is just plain nasty as well.

Please let me swim in the sea. I have been stopped by lifeguards and told “Danger!!” when the water was below my knees. There were no jellyfish and the beach was open for visitors. It’s a beach and not a prison camp. I would like to add here that I think it would be good for people to learn to swim. It doesn't seem to be a common skill here and yet it's easy to do and could save your life. Plus some people even find it fun! Let your kids have a break from studying and teach them to swim, please.

I’m not that interesting, so please don’t stare. I can handle the occasional stare but when someone is eyeballing me for 10 minutes when I'm hungover on the subway, my rage meter goes up. Also we can see you staring, and we can also see you whispering at your friend and then staring again. We may be foreign, but we have eyes too and are bloody good at staring you down. You should also know that one of the first Korean words every foreigner here learns is "waygookin" (foreigner), so we might not know what you're saying while you stare, but we know it's about us. I can't help but wonder what it will be like being back home and not being stared at. Will I sometimes wonder if I'm invisible? Will I even exist?! How do you know you're there is nobody is looking at you?! Oh dear...

Please make noise pollution illegal. I get awoken by vans blaring out recorded messages on megaphones – vans that are selling eggs at 8am on a Sunday morning. Also the building next door to mine got knocked down and rebuilt from scratch, during which they started drilling at 6am, everyday. All mobile phone shops blare music out in an attempt to entice you into their store – and when there are 5 in a row, it’s a hangover’s worst nightmare. (yes we are occasionally hungover...but we've just been embracing the culture!) Please refer to the Jingle post for further examples.

Stop using Internet Explorer 6. This isn't 1999, there are several faster and safer browsers to choose from. Using a really old version of IE, which doesn't support tab browsing, is just stupid and it's a pain in the arse to code websites for. You have the fastest internet in the world but the slowest growth rate of upgrading your browsers! As for Korean website designers, please stop making your sites only usable on Internet Explorer. Get with the times. Also, I have never seen so many activeX plugins for any website. Ordering a pizza from Dominos - install 5 add ons. Korean websites are the most un-user friendly websites in the world.
Smoothly accelerate and brake please. This is mainly for bus drivers who insist they must power it towards a red traffic light and then slam on the brakes, sending everyone flying. Honestly, standing on a bus in Korea should be a sport. I now have thighs of steal and the balance and poise of a tight-rope walking ballerina.

You are beautiful. Cosmetic surgery shouldn't be a rite of passage. It saddens me that so many people here feel the need to surgically alter themselves to be happy. I wish there was more tolerance, acceptance and appreciation for differences in appearance here. You are beautiful Korea. Truly.

Shut your windows. We're now in the dark despair of winter and yet my students and some teachers insist on keeping the windows open in the already freezing classrooms. The students sitting by the window complain it is cold YET they are the ones that have opened it. You don't need to open a window to see out of it, it's made of glass fools!! Also in summer, if the Air Con goes off, you don't have to immediately open the windows letting all the nice cool, dehumidified air out and all the warm, soul sucking air in. I would like to add that, if David spent as much time around teenage boys as I have done in my school, he would appreciate the occasional open window. Especially since they have a tendency to take their slippers off in my class. They don't have the same obsession with Lynx here as the boys back home used to, but I don't actually know what would be worse...eau de Lynx or eau de teenager?

K-Pop sucks. Yeah, I said it. And I mean it. I've never really liked pop music so coming to the biggest producer of it in Asia and being bombarded by terrible music every second, from mobile phone shops, ring tones and students, has forced me to say something. I understand music is a preference but manufactured bands who have had more plastic surgery than Joan Collins are just not my cup of tea. It wouldn't be so bad if there was an alternative here but there really doesn't seem to be. It's K-POP or nothing. So please...nothing. Also, it's not world famous, so stop banging on about all of the fans in Europe. Yes, there are a few. And yes, they are growing in number but the vast majority of people don't know about it - please believe me when I tell you this because I came from there.

How can I wash my bedding? Instead of your duvet having a duvet cover, a lot in Korea seem to be just a duvet with no removable sheet. So how do you wash it without going to a laundrette? I am genuinely curious about this one...

Where are your bins? Public bins only really exist in subway stations. It's the opposite of England if anything. Instead people just form litter piles wherever they choose.

Please don't generalise. I'm not American. Or Canadian. Or Russian. I'm British. Yes, I am western, but you haven't met me before. I am not like that friend you once had at uni who was from California. I am not like Beckham or the Queen. Please stop assuming I can't use chopsticks, or hate spicy food. I dislike kimchi because it's crap, not because it's hot. And yes, I do understand you quite well when you speak Korean, because in the west we also use body language. And yes, maybe I look a bit pale today, but I'm not ill, I just didn't sleep well last night. Or maybe I'm just not wearing make-up.
(Katie, this whole post is a massive generalisation and everyone knows that all generalisations are wrong!)

Also, please don't shout "Obama, Obama!" every time I show a picture of a black, or brown, or slightly tanned person in my lesson.


We love you Korea, so thanks for letting us rant :)