On the Second Day of Christmas, My True Love Sent to me...

...Two temple visits and a ropeway up a mountain.
Katie and I have visited a couple of temples to try and soak up some more Korean culture before we leave. Also we are trying to be cheap and save as much money as we can now, so we can blow it all on travelling in a few months, so free temple visits are a must. 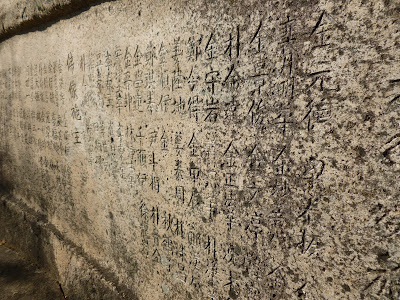 Lets talk about Seokbulsa, which is an absolute beauty of a temple. It's also the most intriguing temple I've seen, mainly due to the fact there are so few visitors there, which was surprising since it's so impressive. It really stood out for me. The temple is located up a mountain and to get there, we took a cable car (or "ropeway" as it is strangely called in Konglish) and from the top of the "ropeway" it's about an hour's walk. 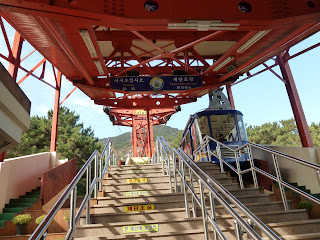 The ropeway provided us with some super views of the city and it was here that I had the realisation that I would be leaving soon, and that these sort of views would be reduced to a memory and some photos that don’t do it justice. 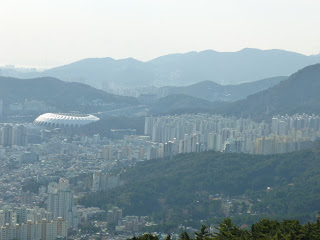 We followed some slightly dodgy directions but managed to find our way by asking the friendly locals. 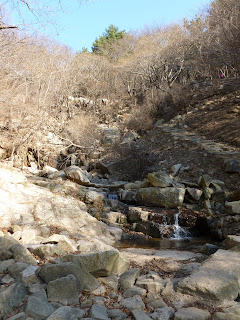 We also came across some very interesting technology on the way up that I will be talking about in a future(istic) blog.

When we reached the temple, this is what we saw: 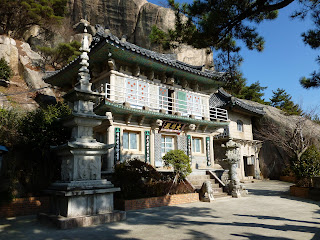 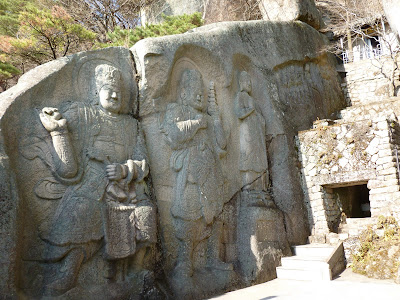 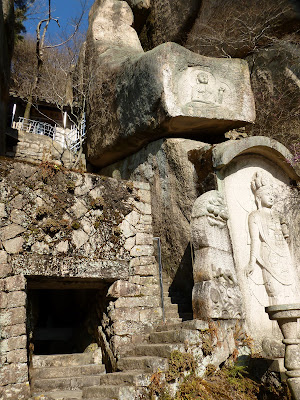 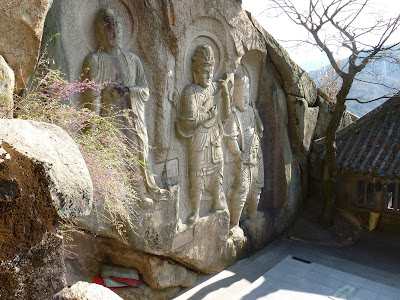 The hat of this Buddha was made up of little Buddha heads – how cool! 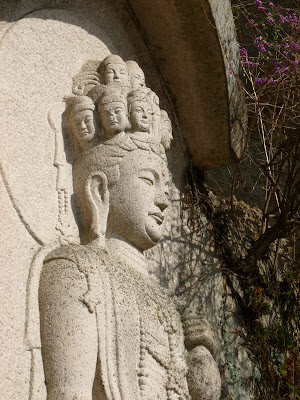 Here's a very short video in which I look around the main area. Notice how quiet and peaceful it is (besides my narration).

There was a little gap that led to a Buddha statue where we all took photos like this: 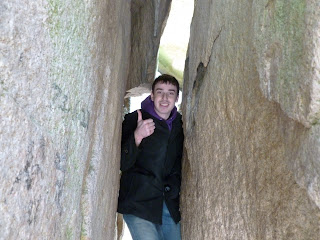 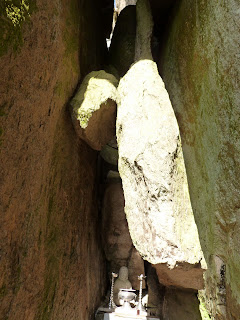 Finally I noticed a room a full of Buddhas – it was a little intimidating! 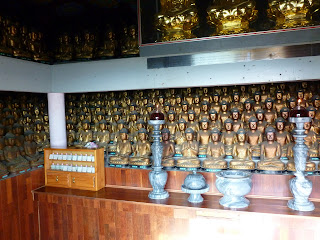 When we walked down the mountain towards Mandeok, we could see the temple in the hills above us. 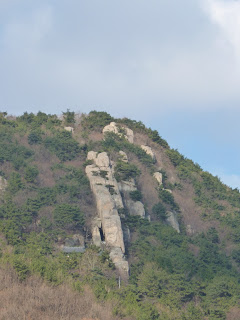 Seokbulsa was the best temple I have had the pleasure to visit and it really is a hidden gem in Busan. If you get the chance then go! Seriously, what are you waiting for!?
[Directions at the bottom of the page]

We also visited Beomeosa, which most websites seem to rate as Busan’s top tourist spot. I don't know why, and besides struggling with its spelling, it's obvious these reviewers have never spent a long time in Busan - I would rate it as the 4th best temple in Busan, and not even close to the top site. [List of our best sites is here] However it is a big(ish) temple and we went in autumn, which was a fantastic time to visit. With the rolling hills in the background, we were treated to some lovely colours because of the time of year. 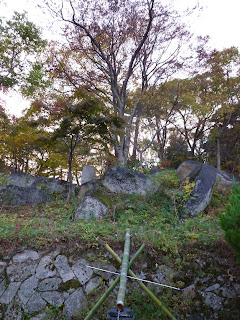 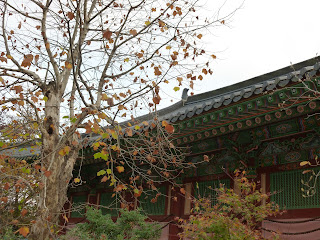 I managed to take a photo of this animal and after an extensive google search I have determined that it is a Siberian Weasel. I also saw a hummingbird hawk moth - definitely worth looking at on google images, trust me! 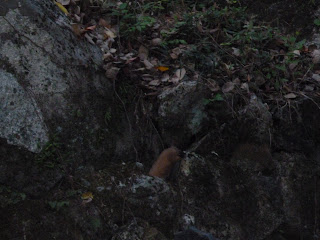 I am now going to inundate you with even more photos. 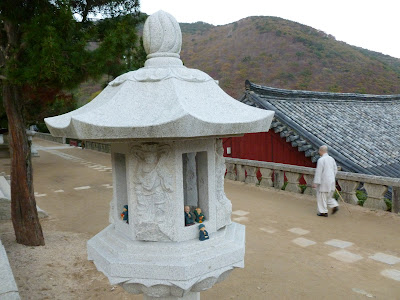 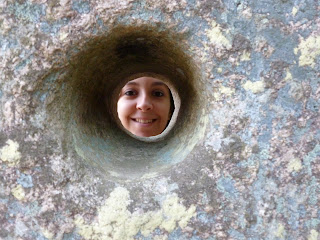 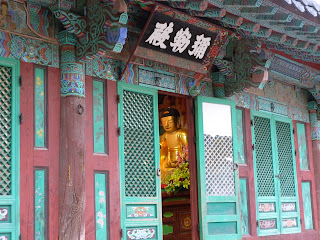 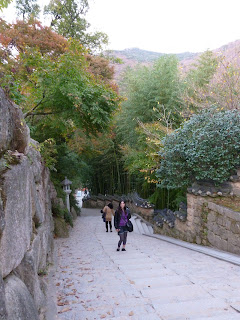 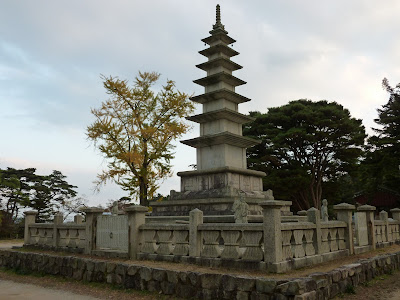 It was a romantic day out and the surroundings were beautiful. However for uniqueness, Seokbulsa wins hands down.
How to get to Seokbulsa: Get off at Oncheonjang station (Subway Line 1) and take a cab to Geumgang park. Once there, take the cable car / ropeway up (duh) the mountain. Follow signs to the south gate of Geumjeongsan Fortress. Keep asking locals for directions because it’s tricky to find but you will end up walking down some stairs. Eventually you’ll find a major road that you walk to the top of.

How to get to Beomeosa: Beomeosa Station (Subway Line 1) Exit No.5 or No.7, walk between the two exits along the road for about 5 minutes and you will reach the Samsin bus stop. Take Bus No.90 and you will arrive at Beomeosa Temple Ticket Office.