Those who don’t know what Tomatina is are in for a shock. It is utter madness. A huge tomato fight and party in the town of Buñol, which is a stone's throw from Valencia. You can't throw stones though, only tomatoes.

Our Tomatina involved Dan and Kate (two friends from London) who were visiting us to witness the mayhem of Tomatina and explore the sights of Valencia. We drove to the festival in a rented car that we covered in bin bags to stop our inevitable dripping bodies from stealing my deposit. We wore old, throwaway clothes, goggles, and the ladies wore shower caps and hats in an attempt to stop their hair becoming a tomato entangled mess. 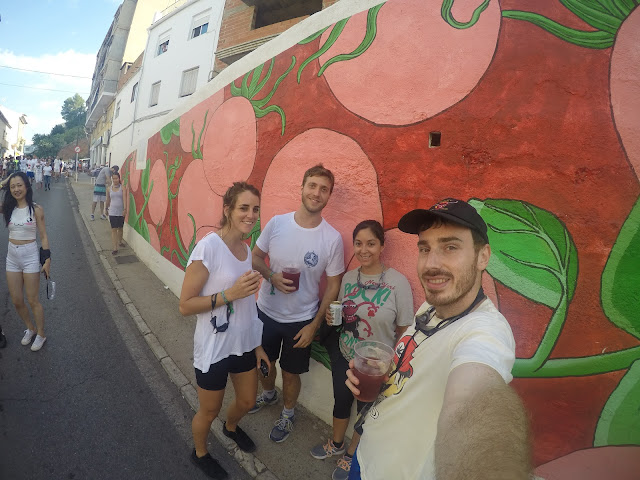 The town of Buñol is converted into a tourist hotspot for a day every August, with everyone there enjoying the paella, beer, and music. When we arrived at 9am the atmosphere was teetering, ready to explode at the drop of a tomato… But the tomatoes took their time to arrive. The build up involved athletic bodies launching themselves up a greased pole in an attempt to grab a massive jamon. If anyone managed this feat, then the tomato fight would start early. It looked like an impossible task to me and it would take a Navy seal team to reach the summit… so we had to wait for the starting pistol.


The main event started at 11am, with the first truck crawling down the narrow street. The security staff were aggressive and firm, pushing everyone to the sides. This is where Katie and I got separated from Dan and Kate, which was a real shame because I wanted to pelt tomatoes at my friends. It was chaotic and people were falling over left, right, and centre. And then the first tomato hit me.

I immediately declared that if anyone threw a tomato at me, I would go alpha male on them. This tactic didn't work… Everyone was pelting everyone and within minutes we were covered head to toe in citric acid juices, with chunks of fleshy fruit all over us. 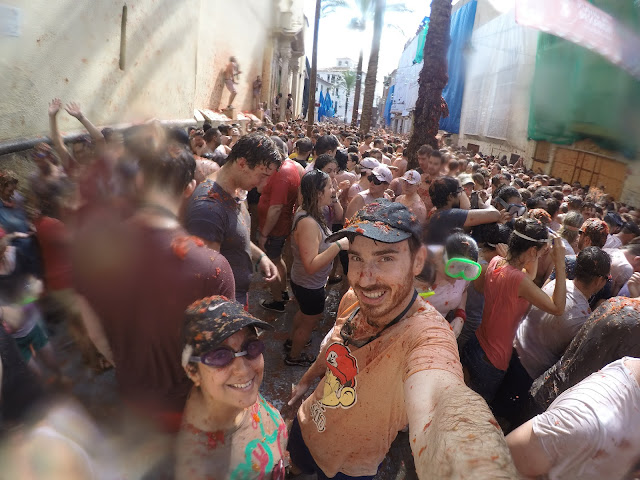 The trucks that crawled down the street contained dozens of youngsters who took aim and destroyed us street dwellers with the tomatoes from the vehicle. I kept trying to hit one of the truck throwers but it was difficult, especially when you can barely see a thing. Tomatoes were smashing into faces and my eye protection was blurry so eventually I had to remove it. My tomato throwing accuracy immediately increased.

The tomatoes were generally old and soft but occasionally a hard green one would fly through the air. I got hit a few times by these and it was a painful experience. Definitely more painful than I expected.

There were rivers of tomato juices and ankle-deep puddles that had a satisfying plunge as you stepped in them. It was great fun and the fight lasted for about an hour.

Afterwards we were hosed down by the locals like prison inmates, to wash the bulk of the tomatoes off. The four of us met back up at the car and assessed the damage; everyone had a black eye, except me. But that was it. We were fortunate not to suffer more losses on the battlefield. The gods were looking after us that day.

We stripped off, positioned ourselves carefully on the bin bags in the car and headed to the beach to jump in the sea and wash off the remainder of the tomatoes.

Looking back, it was a very odd experience and one I would highly recommend if you don’t mind getting destroyed by tomatoes.

Unfortunately, we didn't get any 360 footage of the festival - that will have to wait for another year. But the GoPro's waterproof case turned out to also be tomato-proof, so we got some decent shots. And one official photo from the event serves as a bit of a "Where's Wally" - can you spot me? The answer is at the end of the post! 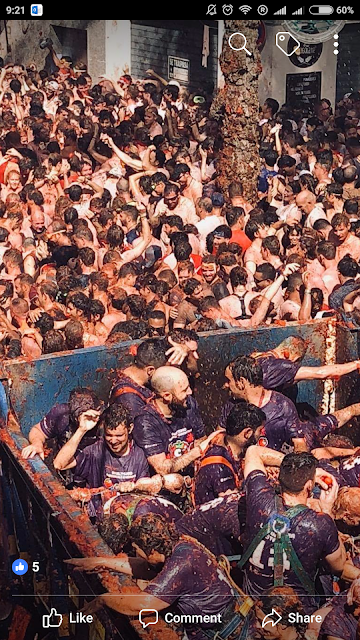 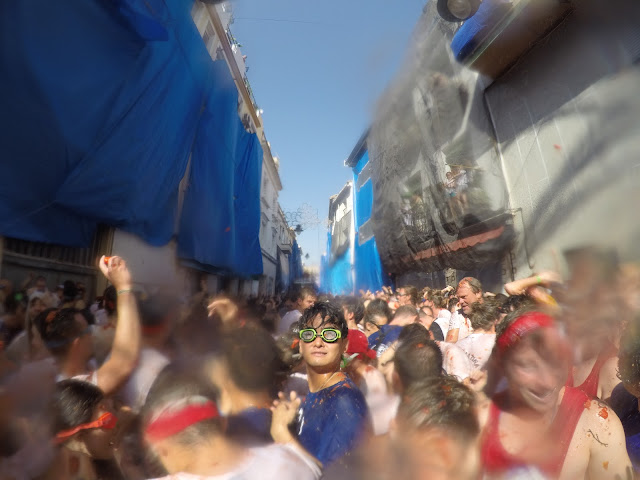 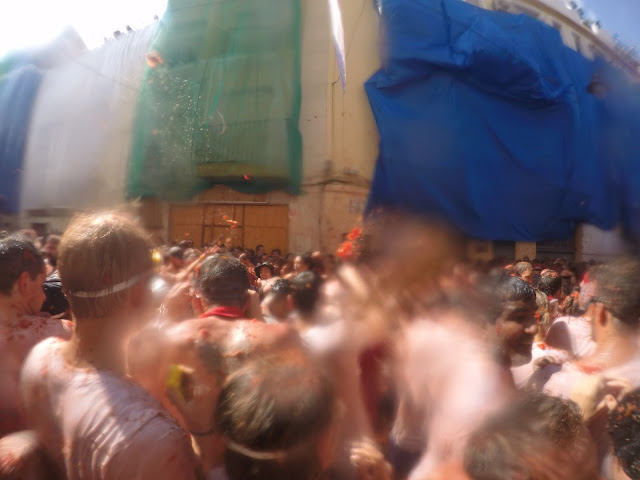 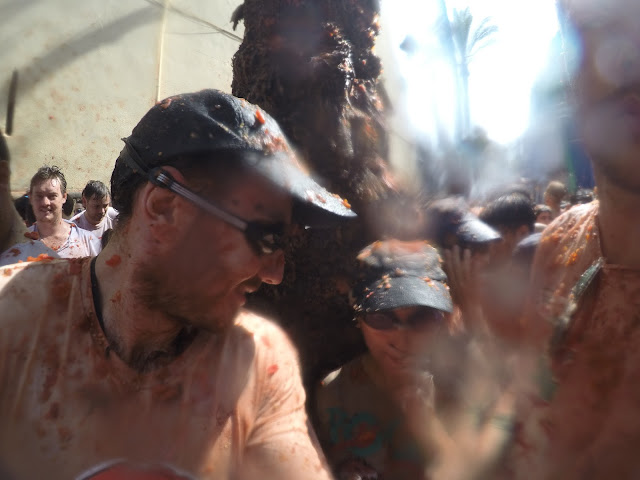 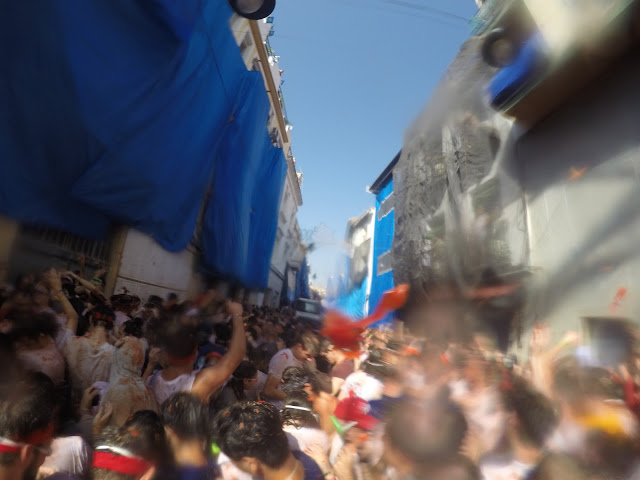 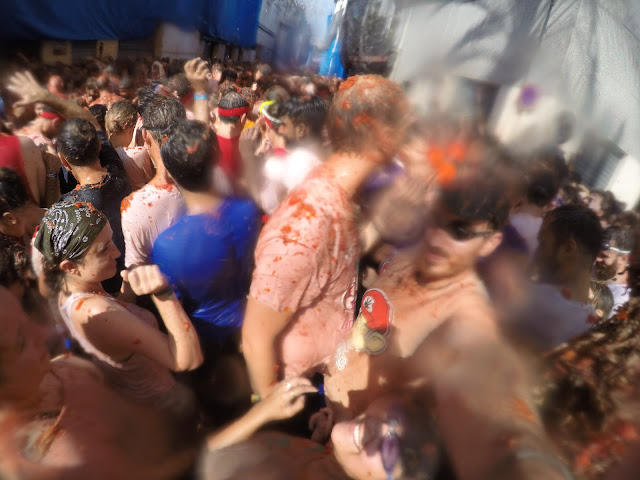 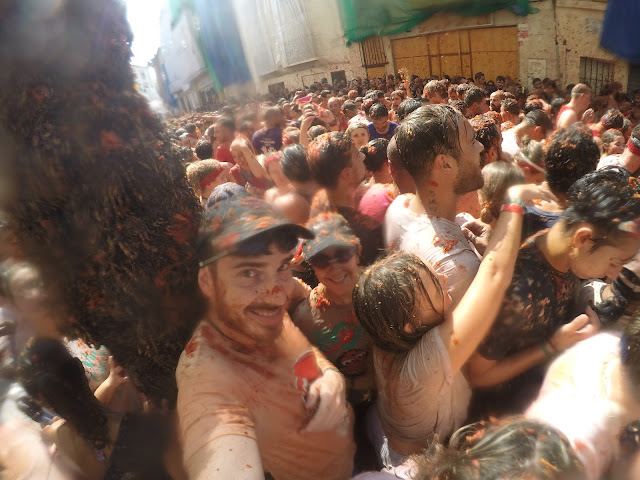 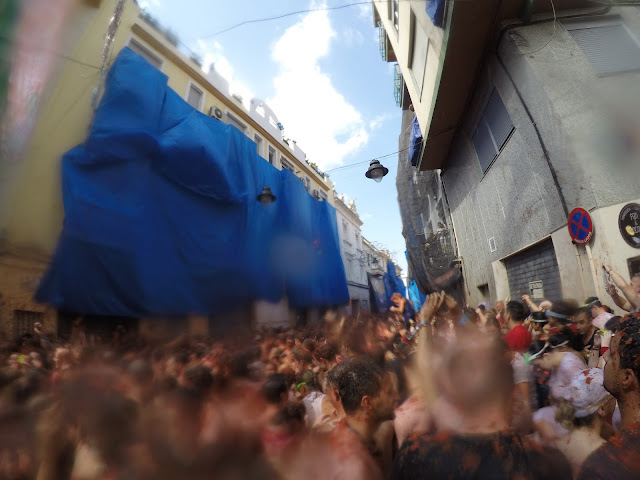 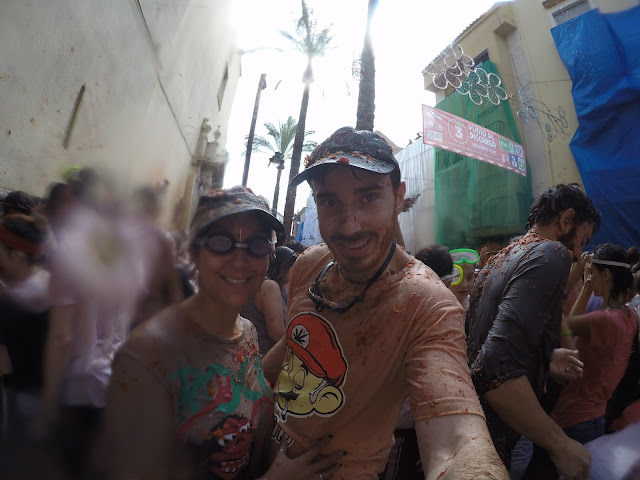 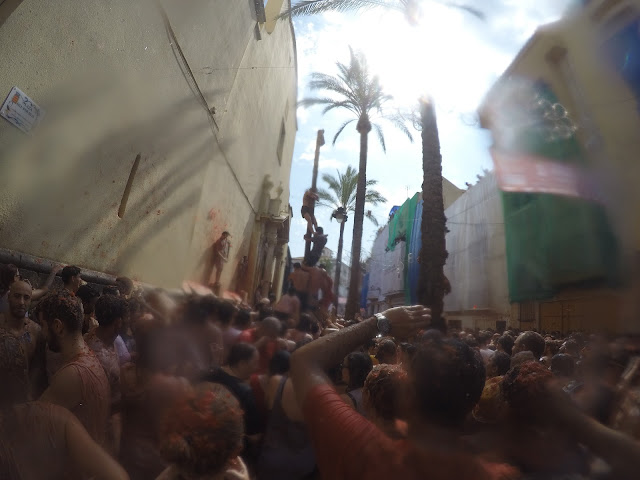 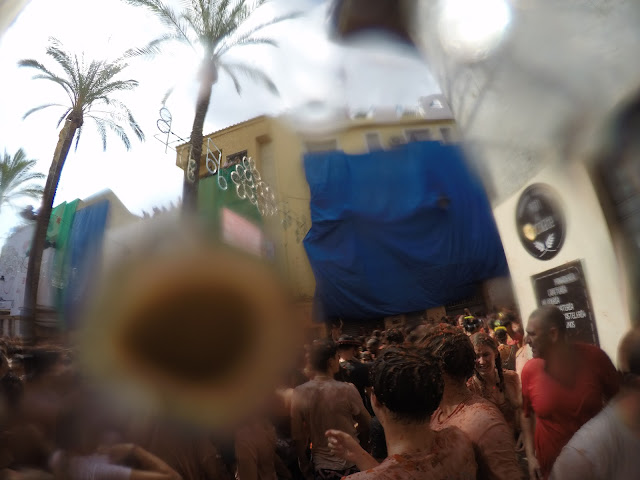 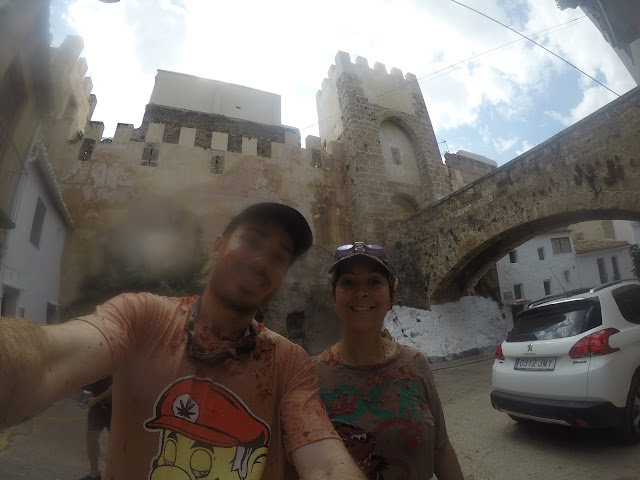 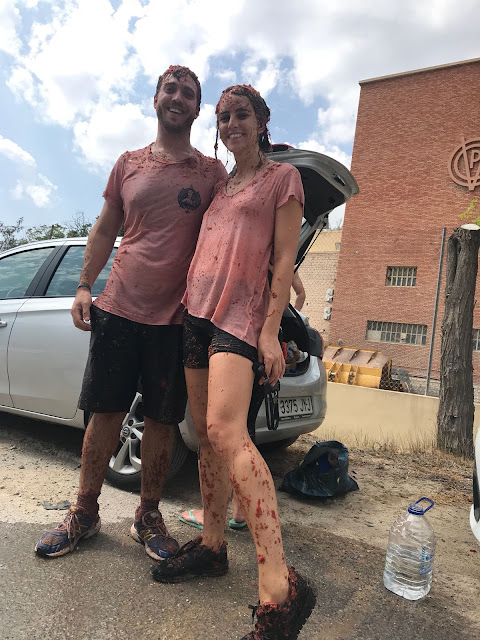 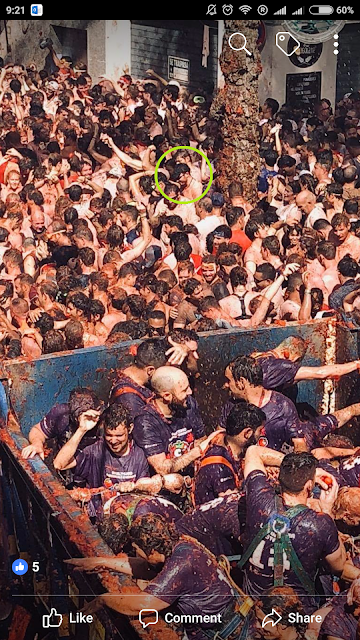