Gijón but not Forgotten

The final day of our trip to northern Spain, or Green Spain as it is sometimes called, involved stopping in a city called Gijón, seeing some awesome ancient caves, and driving along the stunning coast again.

The day started with a drive up the coast to some more serene and empty beaches. It was a lovely way to start the day - a real sense of Morning Calm descended upon us. I really enjoy the ocean and despite living in Valencia, a coastal city, I don't see enough of it. There's something unbelievably calming about it. I think it's all about the power, rhythm, and never-ending crashing that puts you in your place.

We went to a lighthouse at the top of a cliff, which had some great views of the sea. It was super relaxing to just chill and take in the sounds of crashing waves.

With our moods suitably adjusted, we drove to Gijón for the more touristic part of the day. 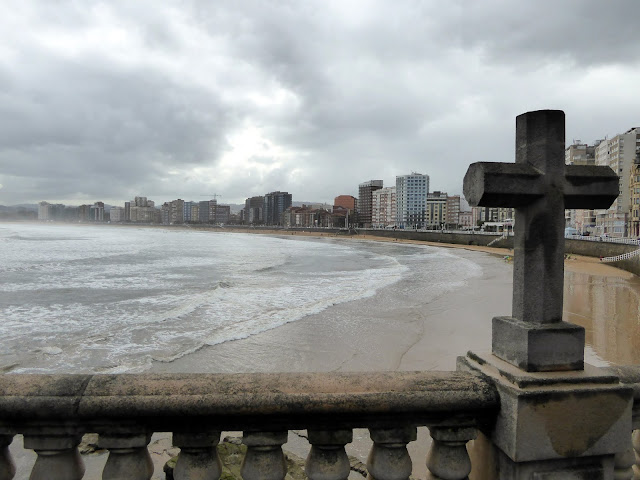 Gijón is a lovely city with a fantastic harbour and lots of green spaces and cool buildings to gawk out. We spent a few hours wandering around, enjoying the sights the city had to offer. We were also in full 360 filming mode so don’t forget to check out our virtual reality tour of the city.

Gijón has a lot of history, having been inhabited since pre-Roman times. There are a lot of buildings from the 17th and 18th century from the enlightenment and general expansion of the west in this period.

One of the more unique structures in the city is a sculpture called Eulogy to the Horizon, located on the top of a grassy hill overlooking the ocean. After a day of listening to the waves, we got to experience them in an entirely new way. You see, if you stand in the middle of the sculpture, the sounds of the sea and wind are amplified and they feel like they are coming from all around you. It was very cool and added to the wavy feel of the day. 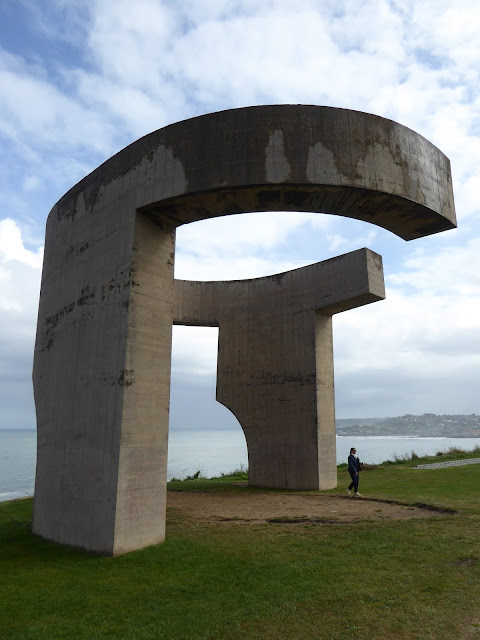 The next stop was a small village along the coast called Puerto de Tazones. It seemed very popular with the lunch crowd and the roads and vistas around the area were delightful. But we didn't stay long as we were heading to another cave, since we had enjoyed our time at Altamira so much!

We arrived at the Tito Bustillo caves for our guided tour and were blown away. We were unable to take photos inside, due to the delicate nature of the atmosphere surrounding the ancient paintings, so you'll have to take us at our word. They are spectacular and consist of animals, including horses and even a whale, as well as human representations. Some of these paintings were made over 33,000 years ago and the preservation is unbelievable. No-one knows why these ancient humans made the paintings but there are several ideas. Some believe it was like a school where young children or adults could be taught about wildlife. Others believe it was where folk stories and the first works of fiction were told. Perhaps it was simply an artist expressing themselves in the only way they knew how. No-one really knows…

It makes me realise the just how old the human species is, and how life has changed so fundamentally, despite our biology being identical to these painters. It really makes me grateful to have been born in the greatest time ever to be alive, rather than having to spend my days in a dark and dank cave. 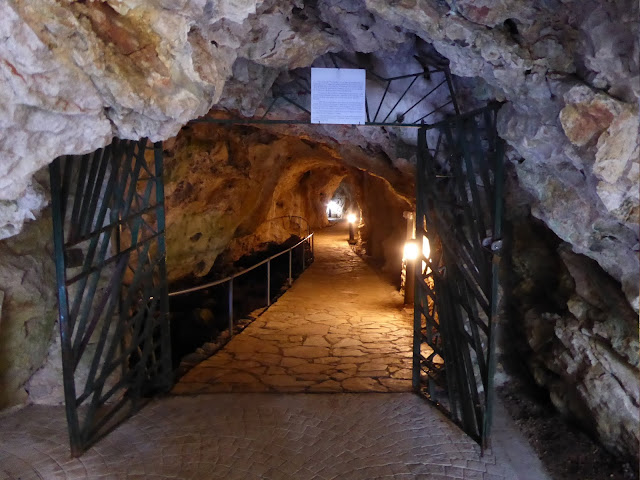 Our final stop was Los Cubos de la Memoria, in a town called Llanes. It’s is an interesting area where they have decorated large concrete cubes with artwork. It was a cool place to finish the day and also finish our trip around this part of northern Spain. 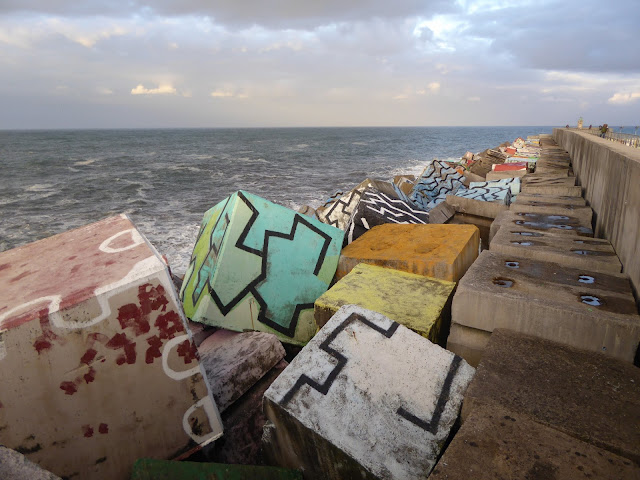 It was a super holiday and it was very interesting to see an entirely different part of Spain, both in culture and climate. It's made me appreciate how big Spain is and how much it has to offer tourists and travellers like us.

Katie will be back next time to discuss all the delicious food from the Green Spain region. It's going to be mouthwatering and will let you know what you should be eating and drinking when you visit. So stay tuned and we’ll see you next time. 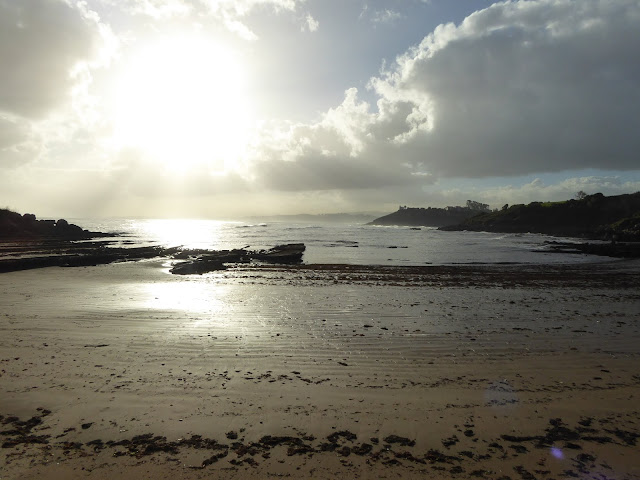 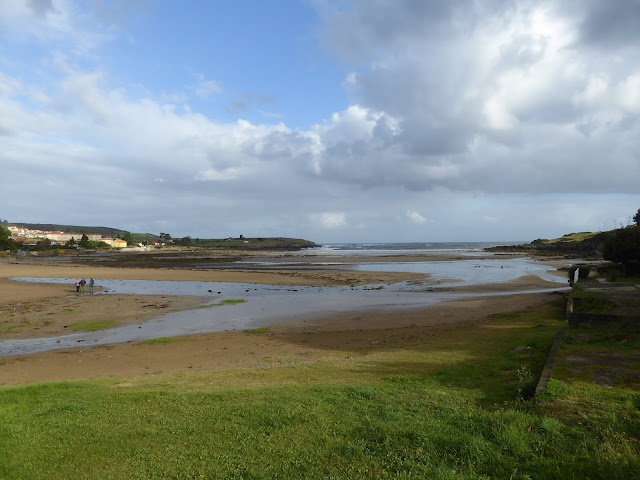 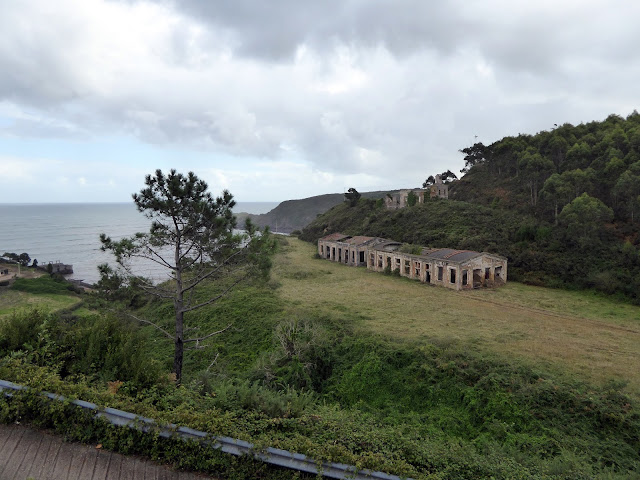 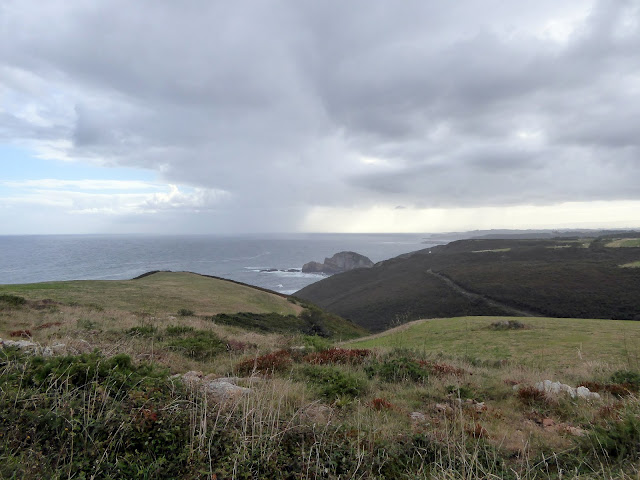 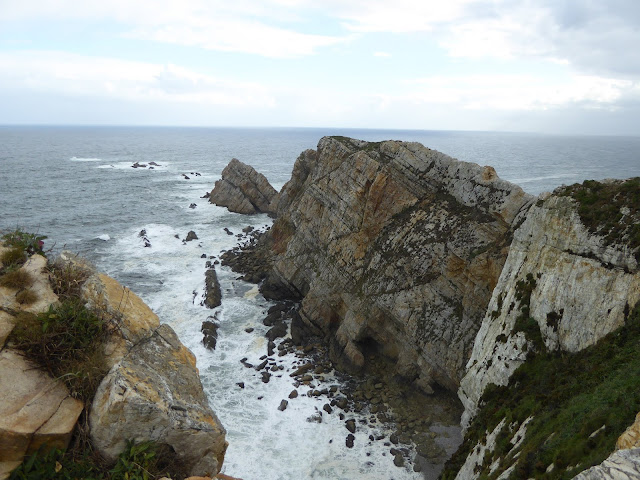 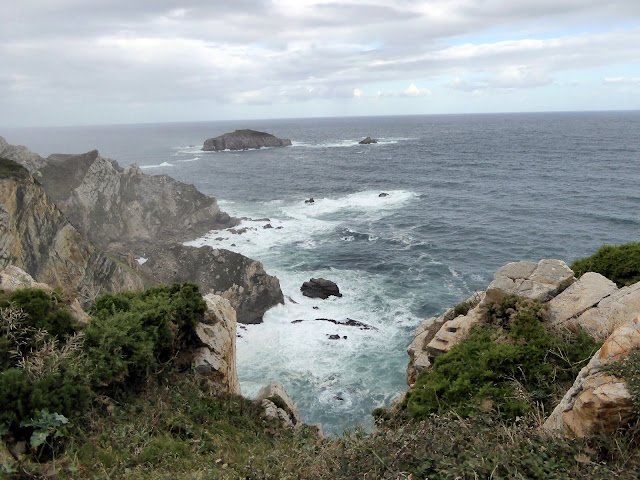 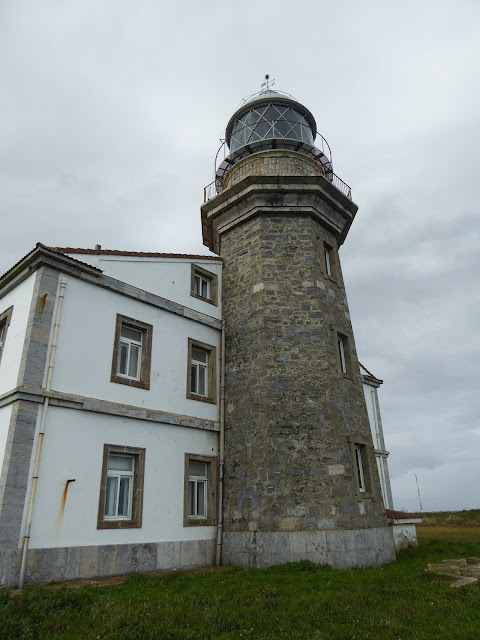 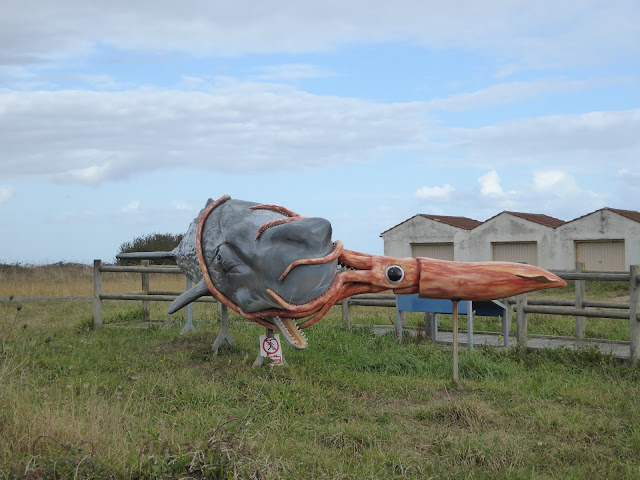 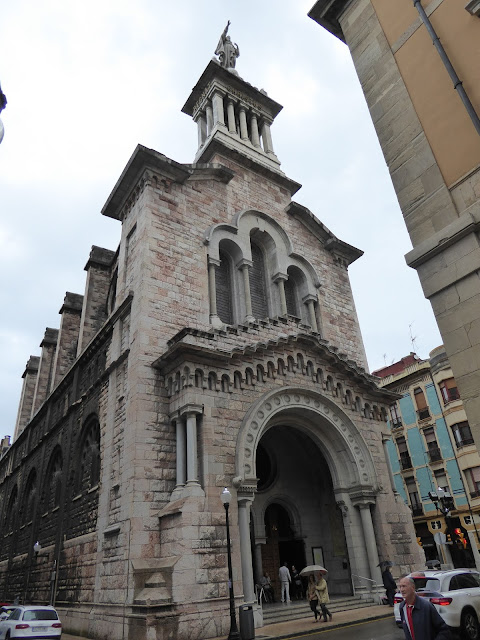 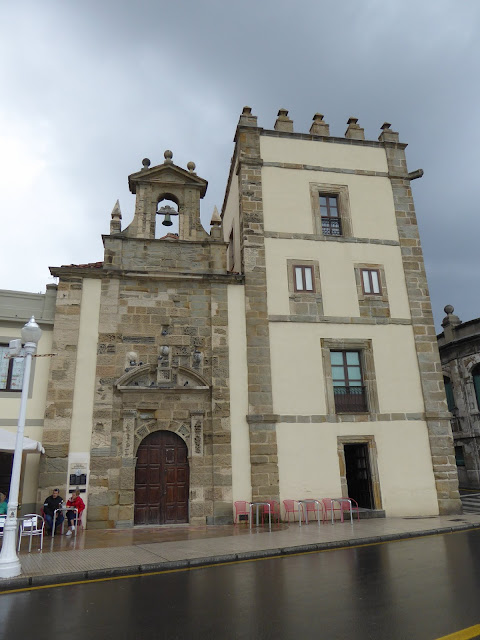 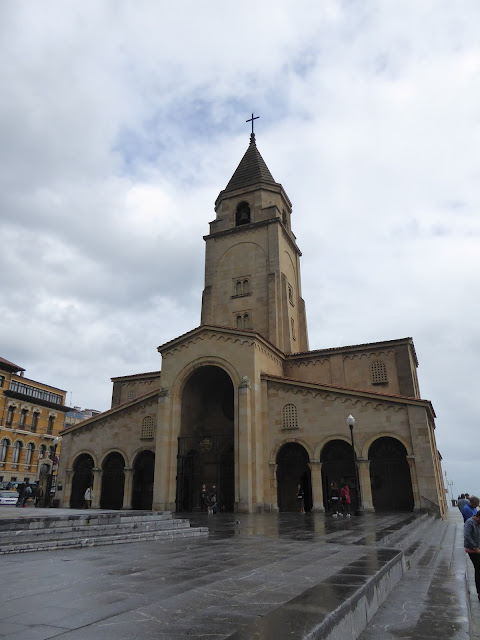 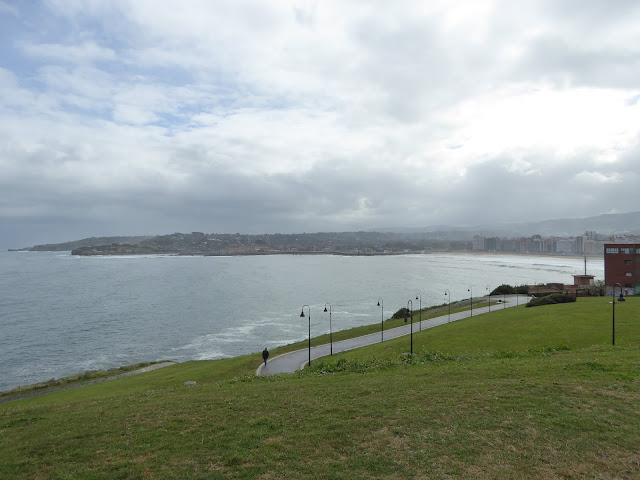 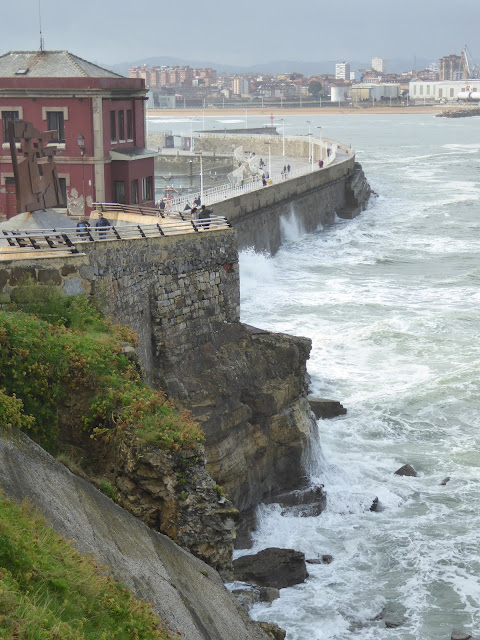 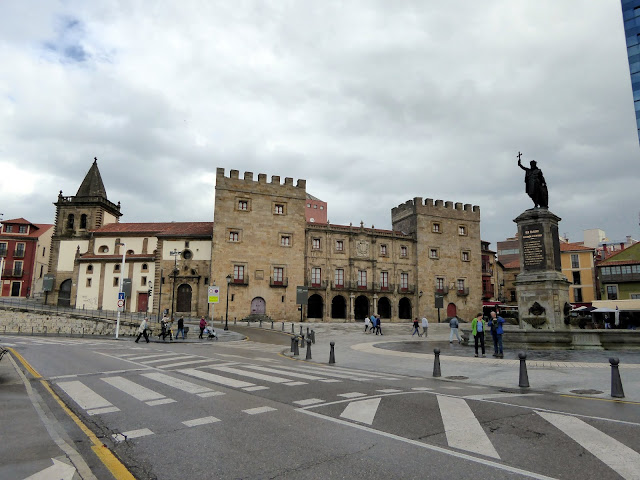 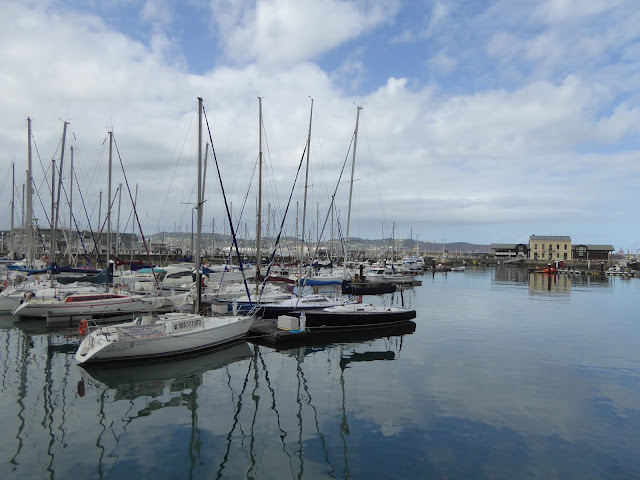 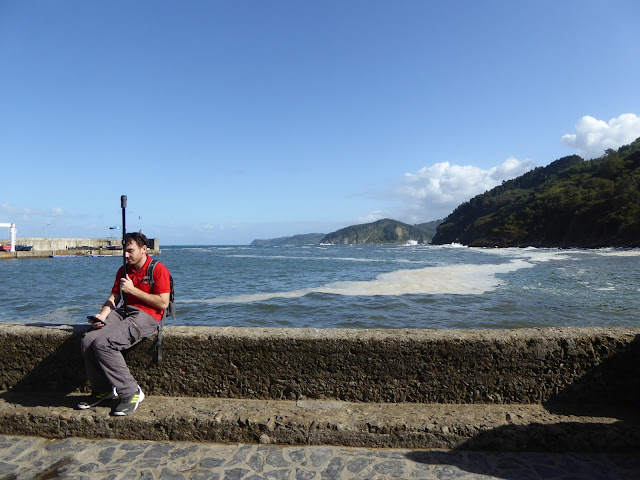 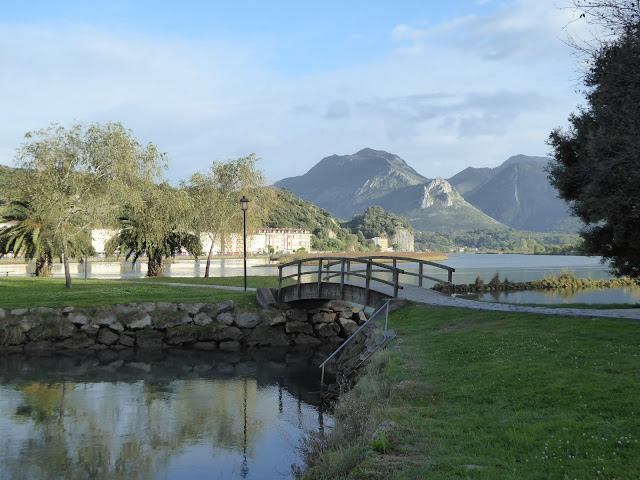 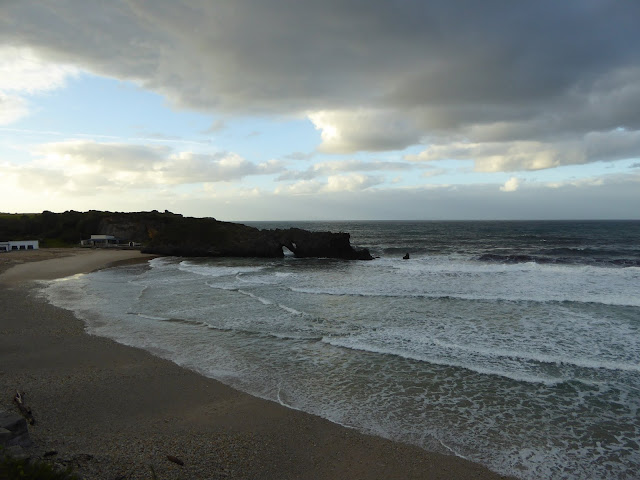 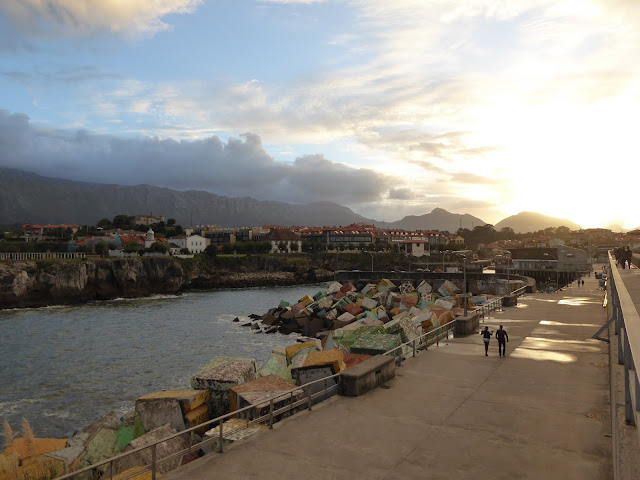