São Paulo In My Mouth

As we said, our trip to São Paulo was a bit like a little trip to Asia and the main reason was the food we ate! 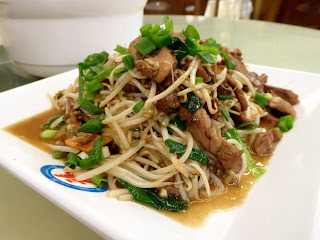 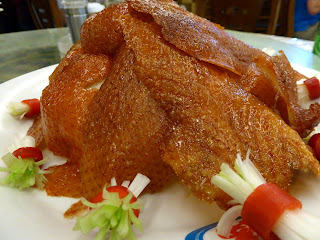 First up was a Chinese restaurant called Chi Fu. Dave's colleague had recommended to us and said it served authentic Beijing style duck. The thought of eating that melt-in-the-mouth crispy skin again meant it was literally the first place we went once we had dropped our bags at the hotel! We knew we were going to get the duck but once we were in there and saw some of the other dishes it wasn't such an easy decision! Everything looked really tasty and the size, style and business of the place felt just like China.Of course we did get the duck and it actually came as three dishes - a soup (not pictured as it was a bit naff), stir fried with beansprouts, ginger and all the usual Chinese flavours, and then the crispy skin with pancakes and hoisin sauce. The stir fry was really tasty and full of veg which was great. The skin was definitely reminiscent of what we had in Beijing, but it wasn't as juicy or as melty. But we weren't too disappointed as it had been so long since we'd had any kind of Chinese food! 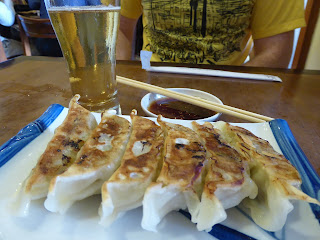 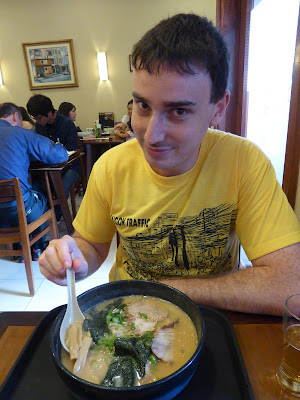 With a limited number of meals in the city, we really had to prioritise what we ate! When it came to the Japanese food though, this was actually pretty easy - Rio is full of sushi but what we hadn't had for a long time was a big bowl of delicious ramen noodles, like those amazing ones we had in Fukuoka. So I did some research online and picked a ramen restaurant called Ramen Kazu. When we arrived there was a "queue" of about 25 people waiting outside the restaurant and my mouth started watering because I knew I must have chosen well. While we waited we decided what we wanted and placed our order in advance, so it was ready really quickly once we finally got a table. The place is tiny with an open kitchen and a digibog - it was like being transported back to 2011! We started the meal with a portion of gyoza and had to demonstrate immense self control not to order another six. I could eat gyoza/potsitckers/mandu every day and not stop loving them. In fact, I pretty much did that in Korea! Anyway, thank goodness we stayed strong - the bowls of noodles were HUGE! Dave went for a soy broth, sliced pork, mushrooms and nori (seaweed) and he really enjoyed them. I liked them, but thought mine were nicer (Dave disagreed - it's always good when you think you have the best food!) Mine had a clear broth and really spicy minced pork. It was absolutely delicious and I was genuinely upset that I didn't manage to eat it all. 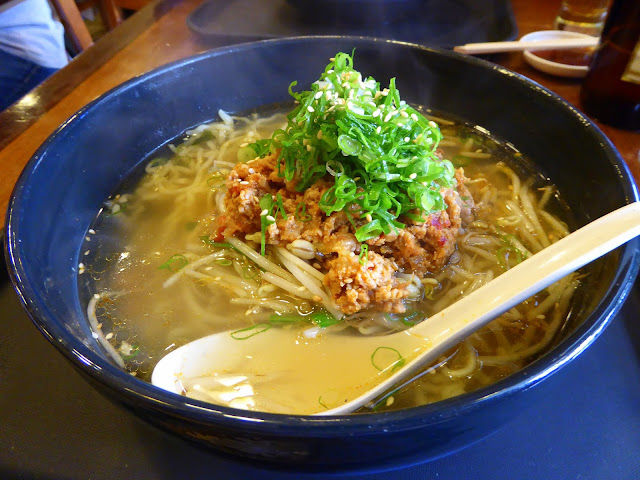 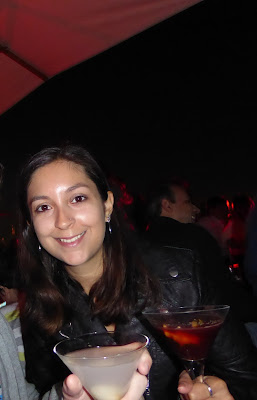 One of the nights we decided to treat ourselves to a cocktail on the rooftop bar of the fancy Hotel Unique, which is shaped like a boat, with huge porthole windows. We didn't get a good photo in the dark but if you click here, google will show you some. We arrived quite early so didn't have to wait long to be taken up in the special lift. Once up there we discovered it was very noisy and dark and the view wasn't that great. But we weren't disappointed because the cocktails we got were incredible! The photo is badly framed and Dave has been cropped out because we just don't know how to take selfies but the drink on the left is a lychee and vodka concoction that was really yummy. Unfortunately we couldn't really appreciate how yummy it was because it was so very overshadowed by the seductively dark and luxurious açaí and prosecco cocktail on the right. I haven't told you about açaí yet because it deserves its own post but in brief, it is a berry found in the Amazon that has an odd, almost chocolately flavour that worked so well in this cocktail, I bought the liqueur the next day!

I think I've waffled a bit too much in this post so far so I'm going to be a bit snappier with these final items. 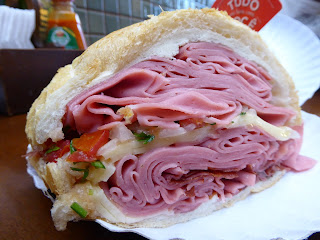 Mortadella and mozzarella sandwich from the municipal market. A huge pile of meat shoved in a crusty bun but oddly lacking in flavour and generally not that impressive. Sorry Brazil, but your sandwiches just don't cut the mustard. Actually, mustard would have been good... 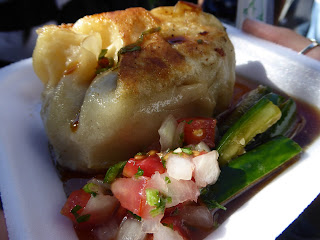 Oh, what's this?! A cheeky dumpling with pickles from the Japanese market at Liberdade? Well everyone else was doing it and we didn't want to be rude! 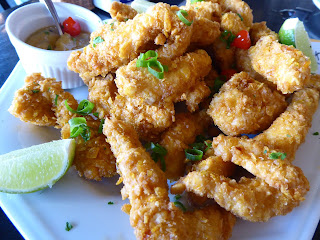 While we watched some football final thingy in a pub, we ate this lovely chicken. It didn't have a normal batter or breadcrumb coating - it was a bit more like cornflake chicken, if you've ever had that. Really crunchy but still juicy and it came with a really tangy and tasty passion fruit dipping sauce. Yum! 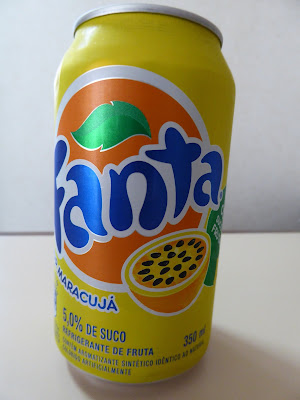 And speaking of passion fruit...look what we found! The search has certainly slowed but it hasn't stopped yet.