For the past couple of posts we have been exploring a state of Brazil called Minas Gerais and so far we have told you about a trip to Sete Logoas to see a cave, and a drive south to a quaint and beautiful historical town called Ouro Preto. The capital of Minas Gerais is a city called Belo Horizonte and it was the hub from where we took these trips and where we lay our heads.

When you mention this city to Brazilians they normally start salivating. This isn't because there is a high number of rabies cases but because the city is known for its delicious food. Katie will of course be blogging all about the food, which I'm sure by now you are all dying to see and read about, but for now, let’s take a trip around the city.

I guess our hotel is a good place to start. We stayed in Savassi, an area of Belo Horizonte known for its night life, and we had this wonderful view from our balcony on the 15th floor:

We spent the evenings walking around to bars and restaurants and enjoyed the fact that the city was considerably less manic than Rio. It also felt safer. Not safe but certainly safer, although the usual precautions needed to be taken. As mentioned, Savassi is well known for bars and music and on the first night we sat outside drinking craft / micro-brewed / alcoholic liquid beer, listening to a live band. It was relaxing and sitting outside on a warm evening, drinking a beer is always going to feel like a treat to us Brits.


BH has plenty of daytime activities, besides gorging on delicious food. Very close to where we stayed was the Praca da Liberdade. This little square was very pretty and very popular with runners and joggers, which was entertaining in its own right as the place wasn't that big and they looked squished together.

After a walk around the little park we went to a museum called Memorial Minas Gerais Vale, and what a great museum it is! It is very interactive, explaining the history of the state from its slave roots, through the gold rush and beyond. Nearly everything is in Portuguese so a lot was lost in translation but even still, it was a couple of hours well spent.

Walking around town, it was impossible not to notice a number of old churches, buildings, and graffiti that were worthy of being snapped. 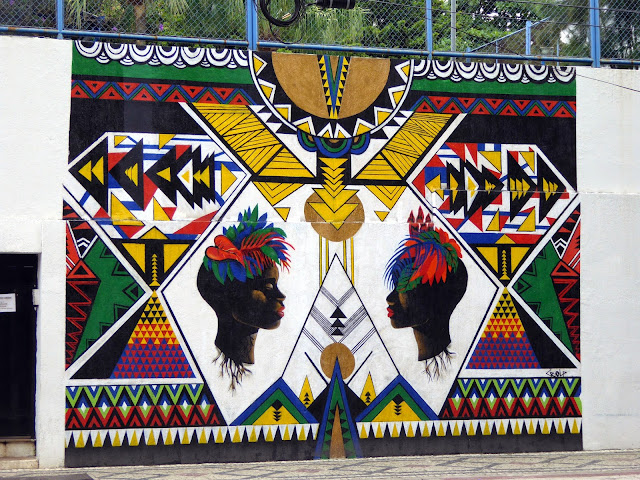 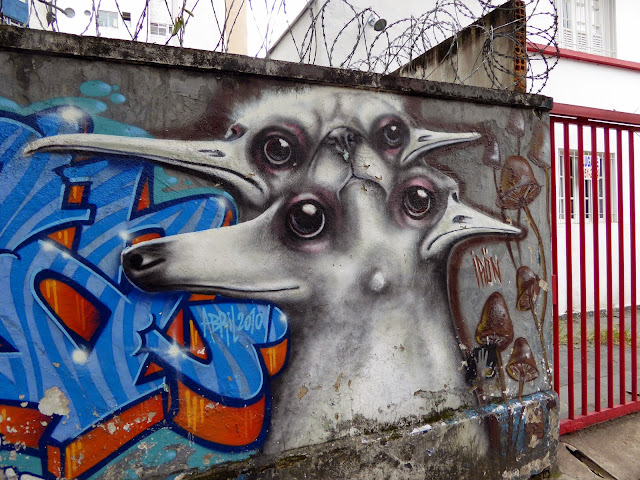 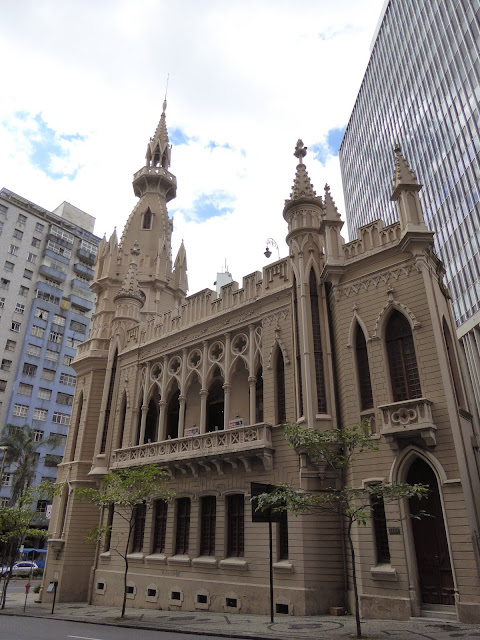 The central market or Mercado Central is a very busy market. Recommended as one of the top things to do in the city, it was an interesting place to visit and was the sprawling, confusing mess one comes to expect from most markets. As I mentioned last time when talking about markets in Rio, the attitude of stall owners was very welcoming and not so “rich foreigner – let’s pull him into my shop and barter aggressively.”

Interestingly, there were several bars nestled in between the stalls, overflowing with people washing down the delicacies with beer. There were also plenty of coffee shops and places to try traditional Minas snacks. Aside from the food, there was a good balance of tourist tat, local produce and useful household items, and the general cost of things in the market seemed fairly low by Brazil standards.

The parking situation was bizarre. Cars drove in and up a ramp, and literally parked on the top of the market, which resulted in a rather annoying ricochet effect, with all of the constant horn-beeping bouncing off the walls and filling our ears. It also made me question the air quality inside the market…

We ate some fresh pineapple in the aptly named Pineapple Square, where they also sold watermelon. As we were leaving we came across “bird corner” where there were hundreds of beautiful birds for sale in small cages. Interesting but cruel… We didn't eat any this time. 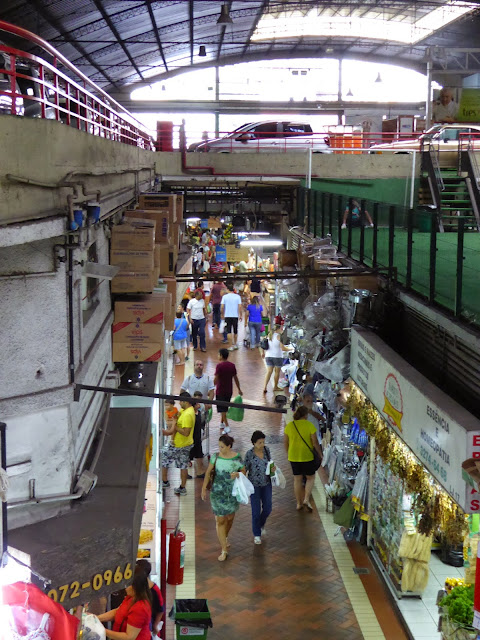 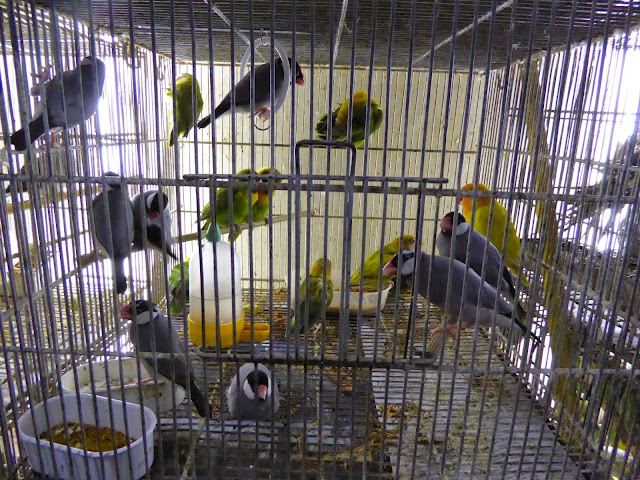 The next part of our journey in Belo Horizonte was a visit to a combined botanical garden and zoo. We saw a huge number of animals there, from birds to monkeys to snakes. It was a great way to spend half a day, as the sheer size and outdoorsy feel made it different to other more concrete-concentrated zoos. 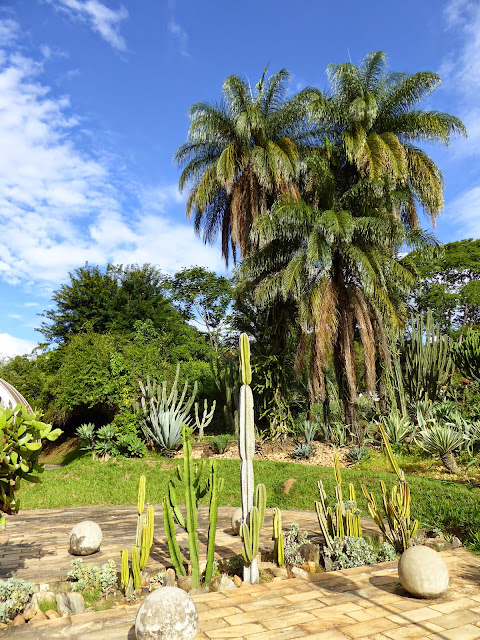 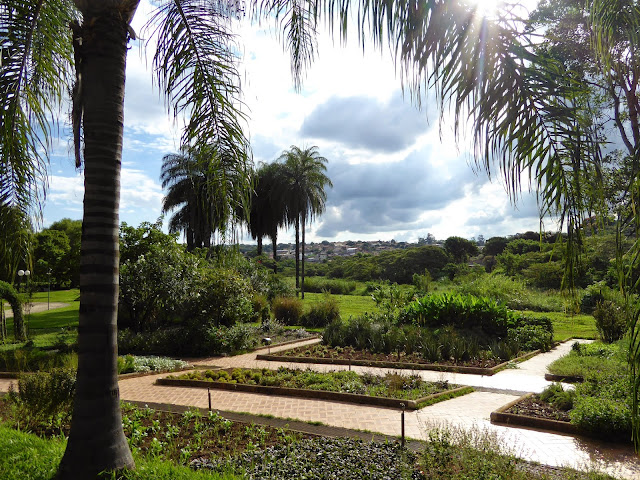 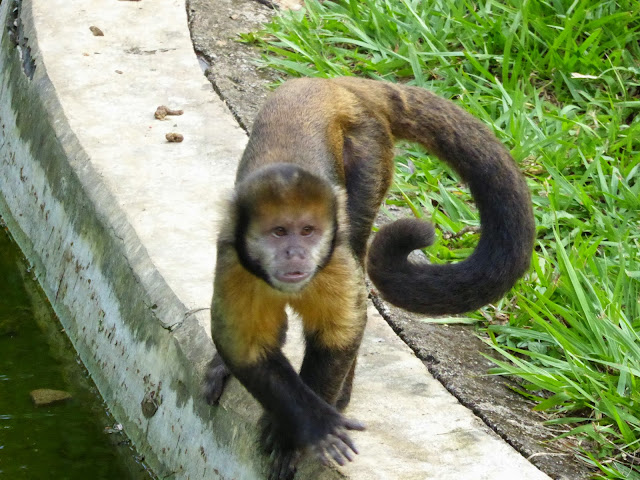 Next up was the Hippie Fair. This Sunday-only market was hectic and huge! It was fun to walk around and take it in but it is definitely a bit manic. I bought Katie some earrings because I am a great boyfriend and we both had a smashing time window shopping (or whatever the market version of that is!) around all these stalls. We even bought a new pet for our flat and we named him in honour of his birthplace. 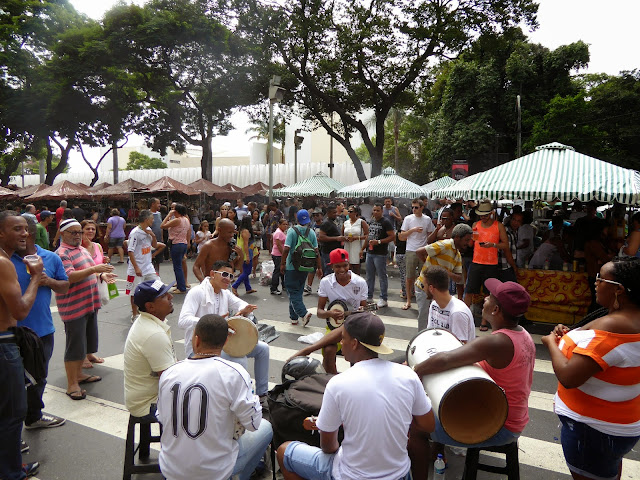 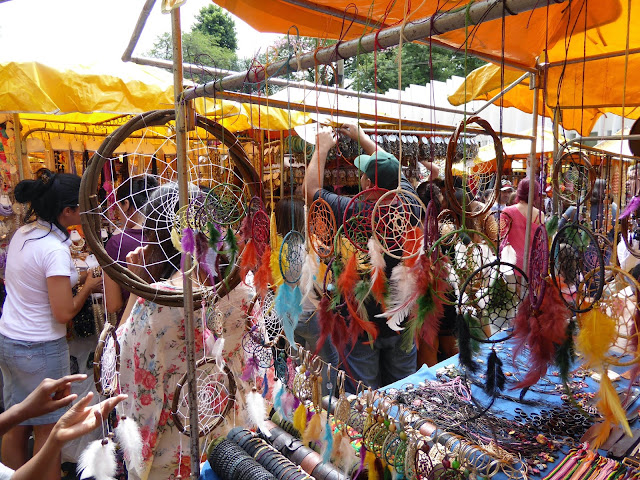 Next to the market is a municipal park that is worth a gander. A little bit calmer than the market (although it also had a theme park at one end!). 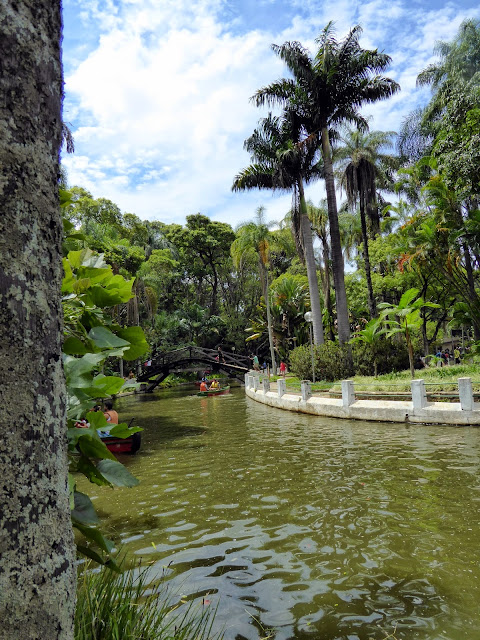 On the final day of our holiday we took a drive south to the area of town called Mangabeiras, which has a great view point to watch the city from. First we mistakenly went to the park in search of the mythical view point. It was interesting but not what we had come to see.


After some soul searching and anxious clock-watching (our flight was soon!) we managed to find the view point. It was definitely the best view of a city I have seen for a long time. A must-do if you have a clear day and transport to get here. For everyone who wants to find this place – it is here. The info on google is surprisingly sparse.

So there you have it. Our wonderful first holiday in Brazil. I know some of your will be rolling your eyes, wondering how I (Katie – italics remember!) can possibly call it a holiday when I have been on holiday since February. But it’s hard work being so relaxed! Oh and David has been working really hard so whatever you think about me, I'm sure you'll agree that he deserved it.

I'll be back soon with another food post for you to feast your mind's mouth on and then we'll be whisking you off to the dizzying heights of Rio de Janeiro's mountain city, Petropolis.