It seems like we have barely explored Rio, having been here for less than three months. We recently had a three-day weekend (cheekily boosted to four thanks to my annual leave) so naturally we...decided to leave the state of Rio de Janeiro for the first time and head north to Minas Gerais. We would be spending four days exploring the foodie hotspot of Brazil. Trust Katie to pick our first holiday based around food – she is only doing it for blog material.

It is about an hour's flight from Rio to Belo Horizonte's Confins airport, which is spelled suspiciously close to the word coffins. Seeing a sign for the Comfort Coffins Hotel was an amusing trick of the mind as we drove past it. What was that you say? Drove?!...Yes, this 27 year old maverick ticked off another activity from the “Are you a fully fledged adult?” list and hired a car. It was a Volkswagen Gol(f). The F was missing because Brazilians have trouble saying the letter. Somewhat ironically the airline we flew with was also called Gol and Katie effed the whole way through the journey. That last sentence wasn't irony but a coincidence…and a joke.

Anyway enough semantics, I want to talk about renting a car with a left-hand drive. Us Little Britains (probably) invented driving, roads, and the concept of left and right. We chose to drive on the left-hand side and therefore (rather ironically I might add) it is the right side of the road to drive on. Just because the majority of the world disagrees, it doesn't make us any less right, or left. But nevertheless I had to do it the Brazilian way. Here are some interesting things about driving on the other side:

1. I kept looking over the wrong shoulder when reversing.

3. My cute little glance to the left to check my back mirror had to be switched to the right as well.

The road surfaces we encountered weren't as bad as everyone had warned me, nor the traffic as heavy as Rio. But here are a few curious observations:

1. Brazilian road architects love the old "retorno". A somewhat frustrating system that involves driving passed a left turn you want to take until there is a designated point to do a u-turn into the opposite lane, after which you can return and take the turning, which is now on your right. It might not sound that bad but it sometimes took five minutes to complete the manoeuvre.

2. Speed cameras saying 60 km/hr means everyone would suddenly slow down to about 30 km/hr. Maybe they know something I don’t about camera accuracy in Brazil.

3. Signs don’t like to give you too much warning. I flew over a few speed bumps because of this. Thank god it was a rental.

Anyway enough waffle, let’s talk about what we did on that first day. It started with a journey north of the Coffin airport to a place called Sete Lagoas (literally Seven Lagoons, although we only counted five!) We stopped at a kilo restaurant for lunch and were served by a very friendly man who knew exactly how to speak to foreigners new to a language: slowly and repeating things with a smile. How I wish more people had this man’s awareness.

We spent something crazy like £5 for both of us to a lot of delicious food and drink fresh juice. We hopped back into the VW Gol and went to a cave called Rei Do Mato, which means Forest King. This forest king was apparently a fugitive that lived in the cave many moons ago. Inside this cave were a lot of interesting formations and it brought back memories of our previous adventure to the world’s largest cave opening with all the bats.

The cave uninterestingly didn't have any animals because there was no nutrients for an ecosystem to thrive. My limited knowledge suggests that when bats use caves as dwellings, other animals can thrive by living off the bat guano, the bats themselves, or the guano eaters! As no bats live in the Cave of the Forest King, there were no other animals. Except a rock lion, which the photo didn't really capture.

Some of the formations in the cave, such as the apparently globally unique double column, were fascinating. There was also a squeaky water drip coming from a stalactite, which was unusual. Check out the rock formations below:

The best thing about the tour was that we did it alone with only our tour guide for company. It was the middle of a working Thursday and no-one else was about. What a great way to visit a cave. We decided we would be keeping a low profile on this trip and used our aliases when we signed the guest book, to ensure that we didn't attract too much attention. 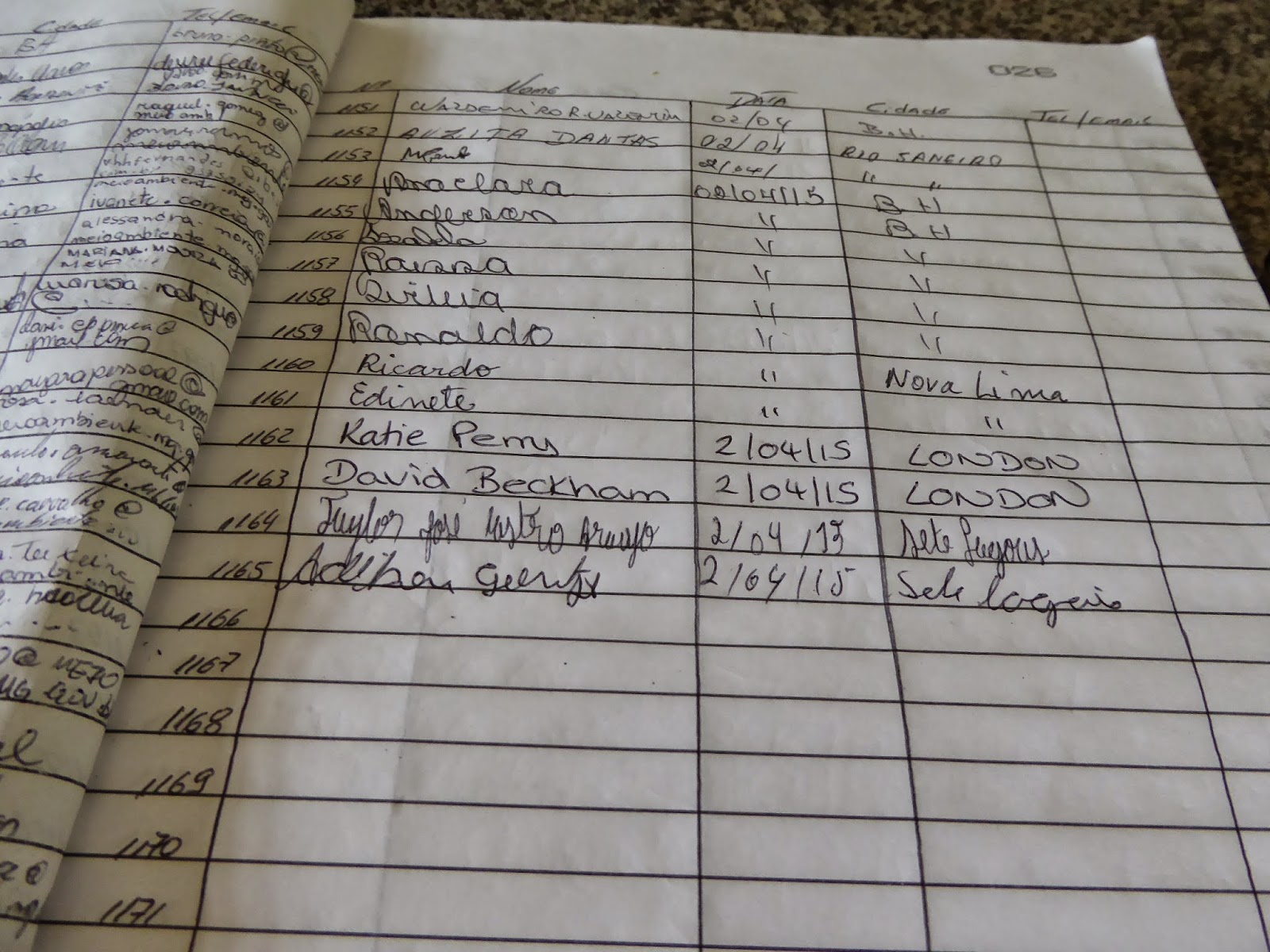 We obviously did a lot more over the four days than just visit the cave so join us next time and hear all about Belo Horizonte and Ouro Preto.