UFC Octagon Side in Rio!

For me, a big reason for coming to Brazil was the UFC. Mixed martial arts or cage fighting is a sport like no other. It is a modern version of the gladiators except they are not slaves or Russell Crowe - they are expertly trained athletes. I was fortunate enough to get tickets (premium Octagon side) to see an event in Rio. For those who don't know, UFC is huge in Brazil – perhaps the second or third biggest sport. Basically Brazilians love whichever sport they are good at and they are great at MMA. 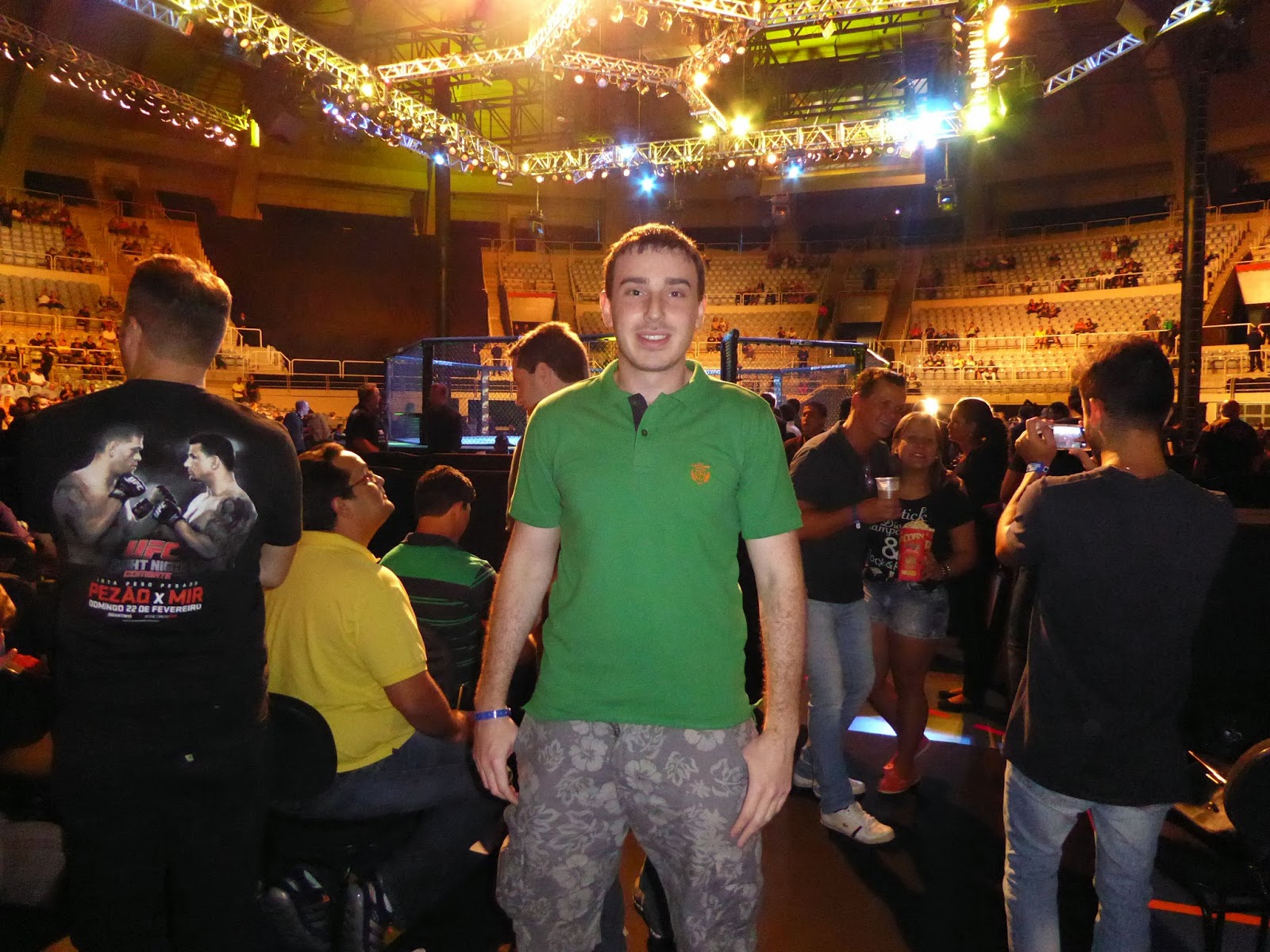 There are many brilliant Brazilian fighters and I got to see the new lightweight champion displaying his belt. I also saw a host of UFC celebrities and grabbed some selfies with them.

The fights were awesome and a more detailed information is available on my other website, which I am not linking here but which you can find from my facebook page.

One amusing thing about the night was that I was surrounded by children of around twelve years old. I don’t know about you but I think this sport is a little too violent for kids so young. By a little too violent, what I really mean is that it can be horrendous at times and is definitely not suitable for those that are so young. But in Brazil, it is part of their culture. 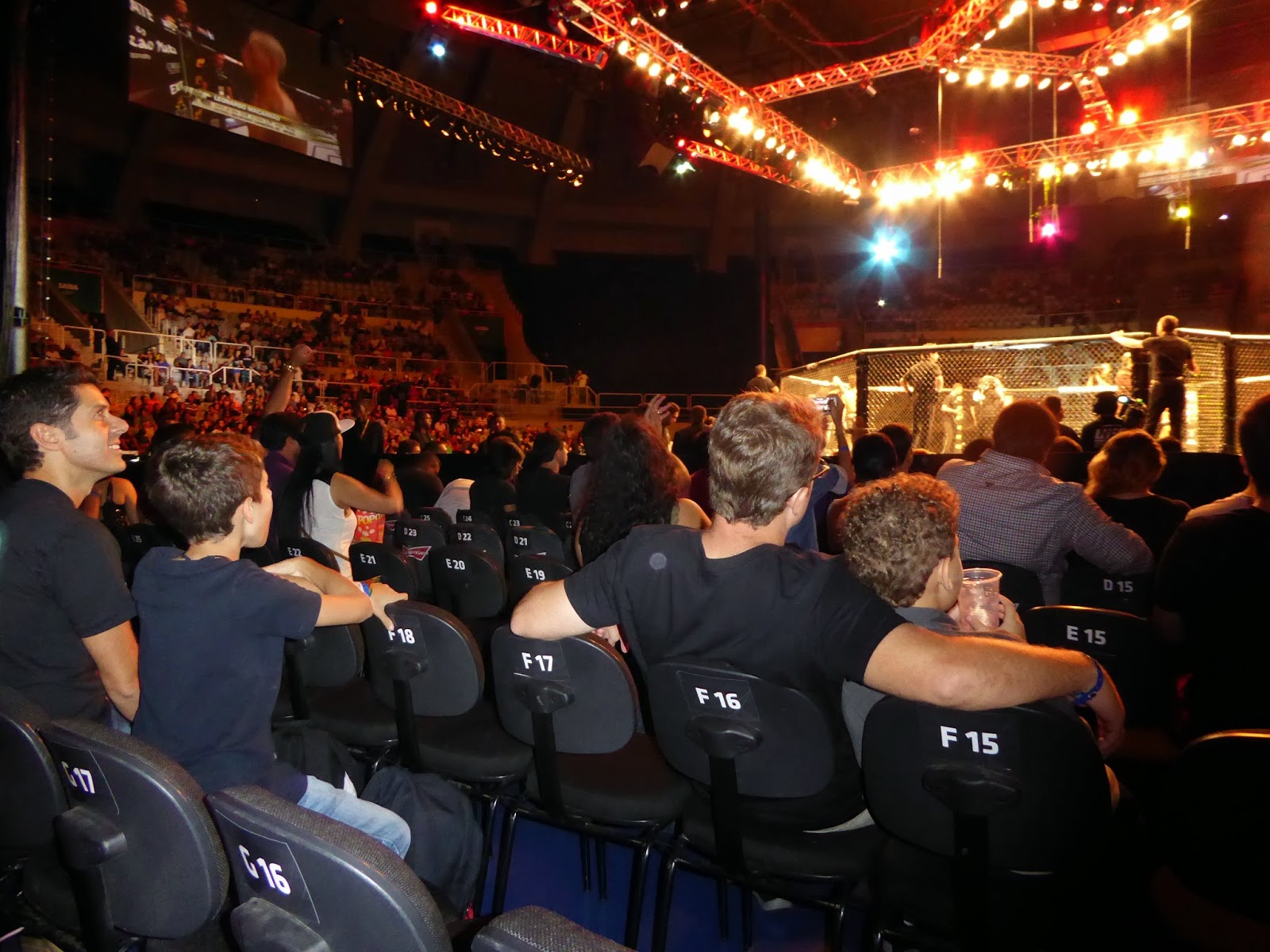 I also found out that during decision victories, the announcer tells the ref who has won before they enter the Octagon, presumably so the ref knows which hand to put up when the call is made. This is interesting and only something I noticed late on as so many fights ended in submissions.

The tallest man in the arena sat in front of me before (thankfully) changing seats with his partner. 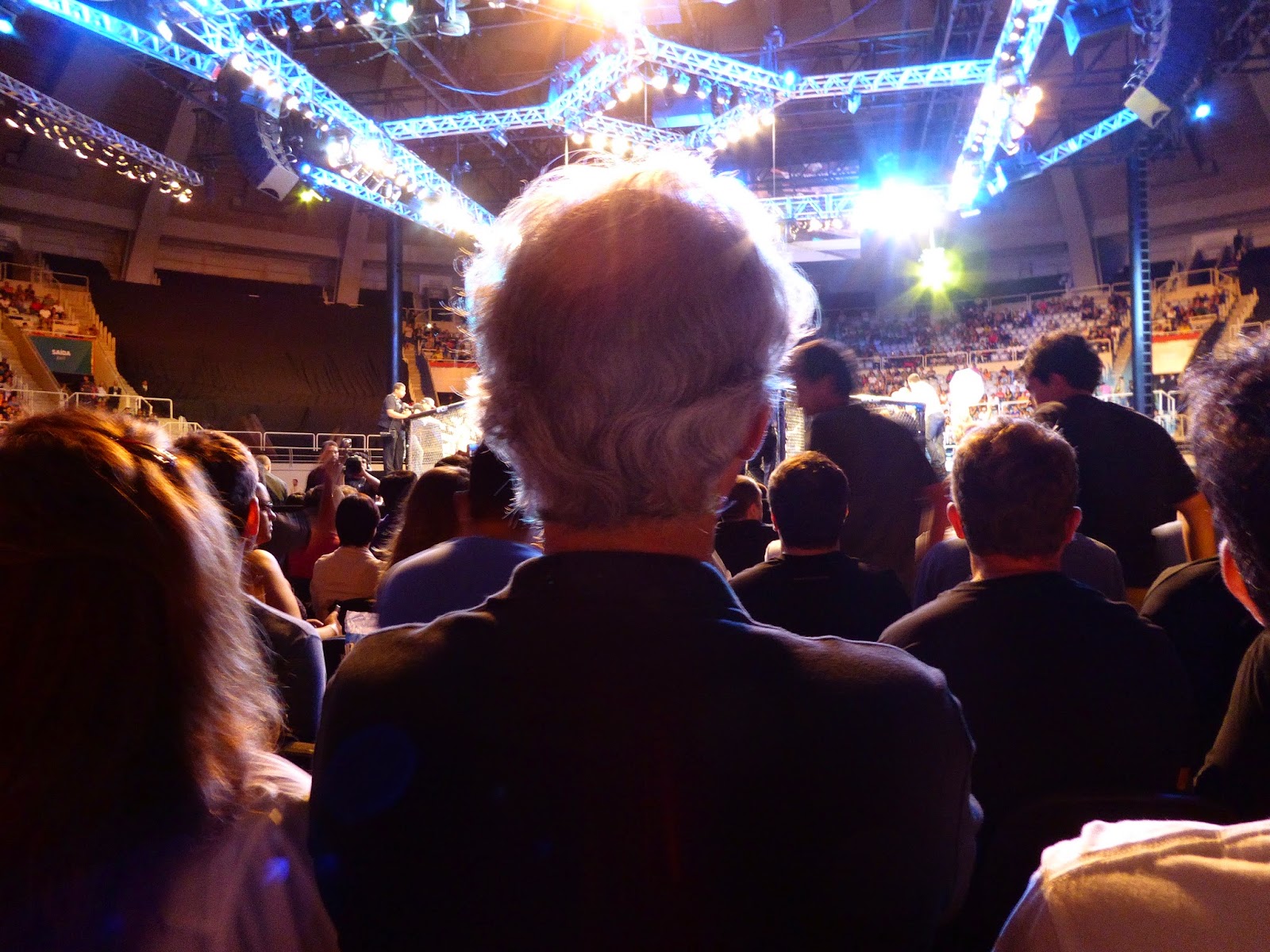 I want this man’s job! 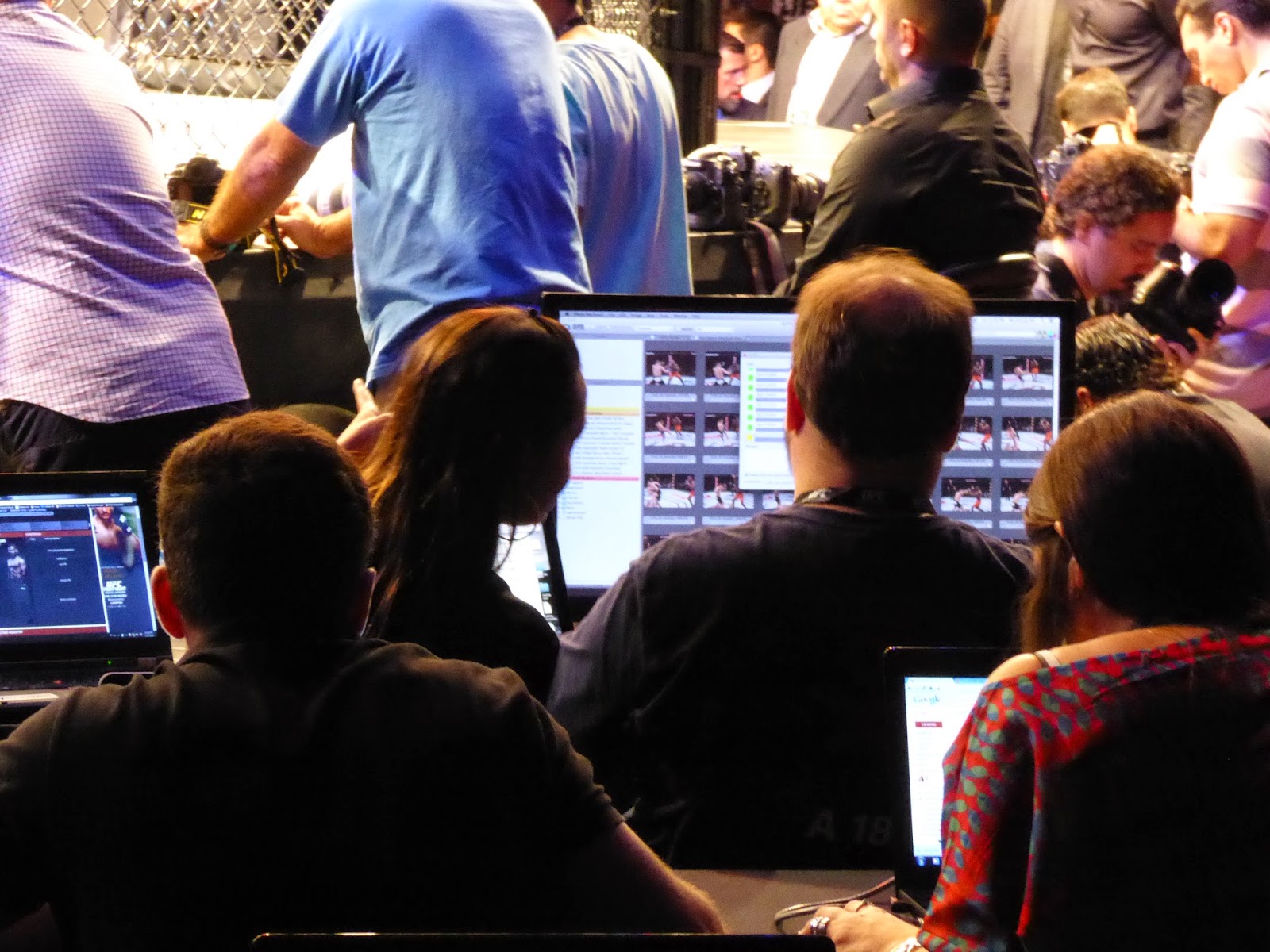 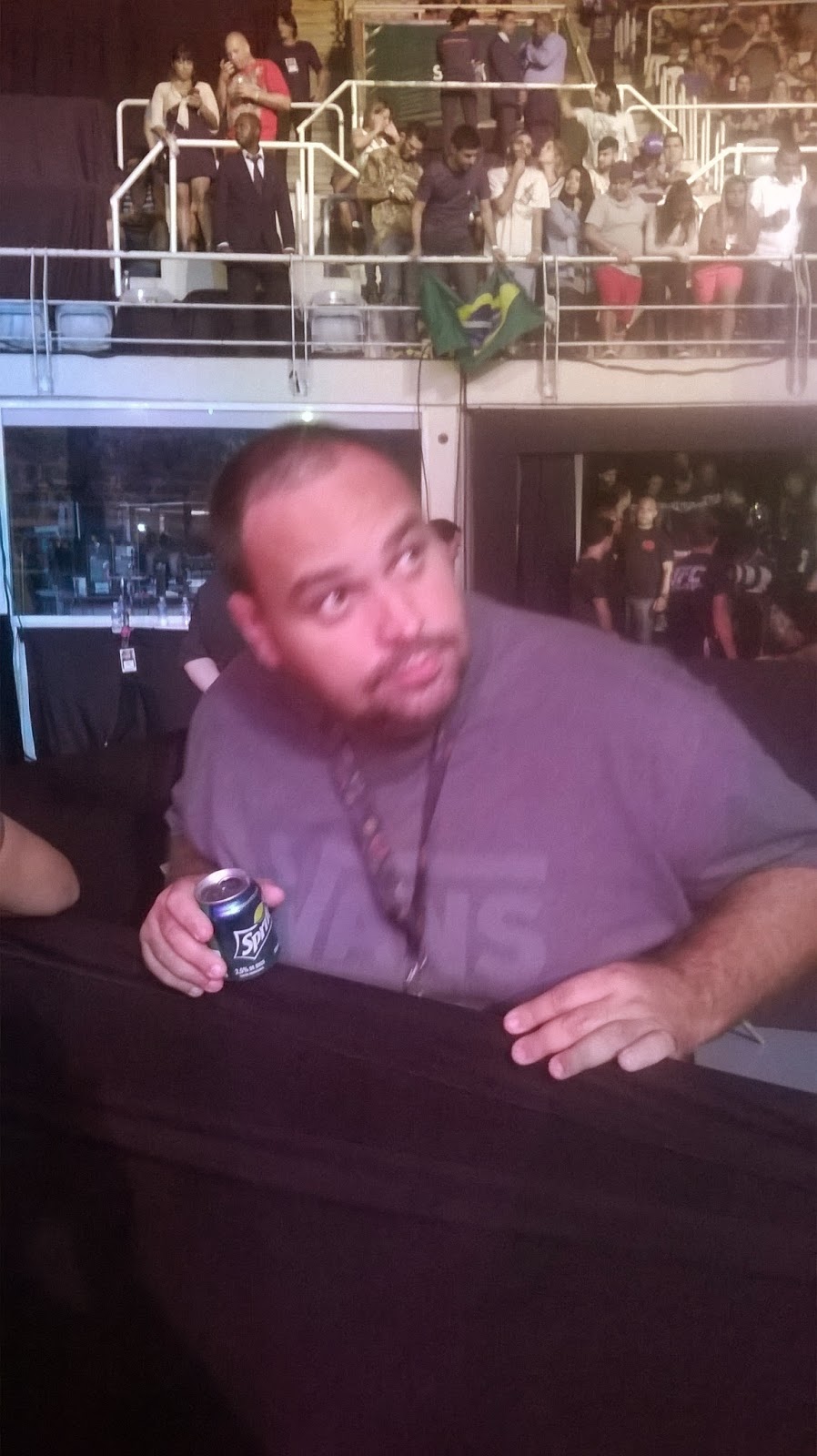 I also had an (several) official beer(s) of the Octagon. 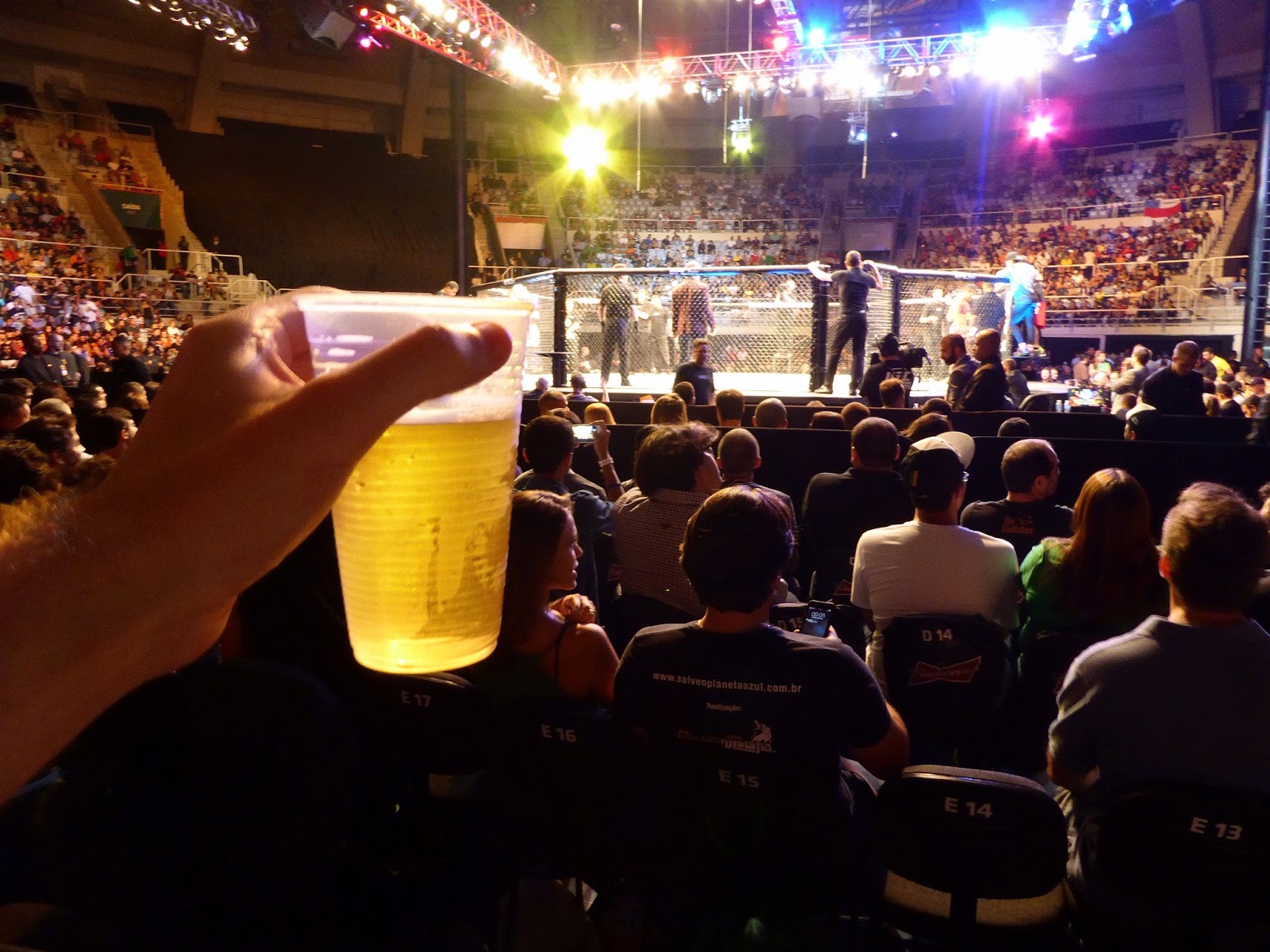 The fanfare over Dana White was a little OTT. 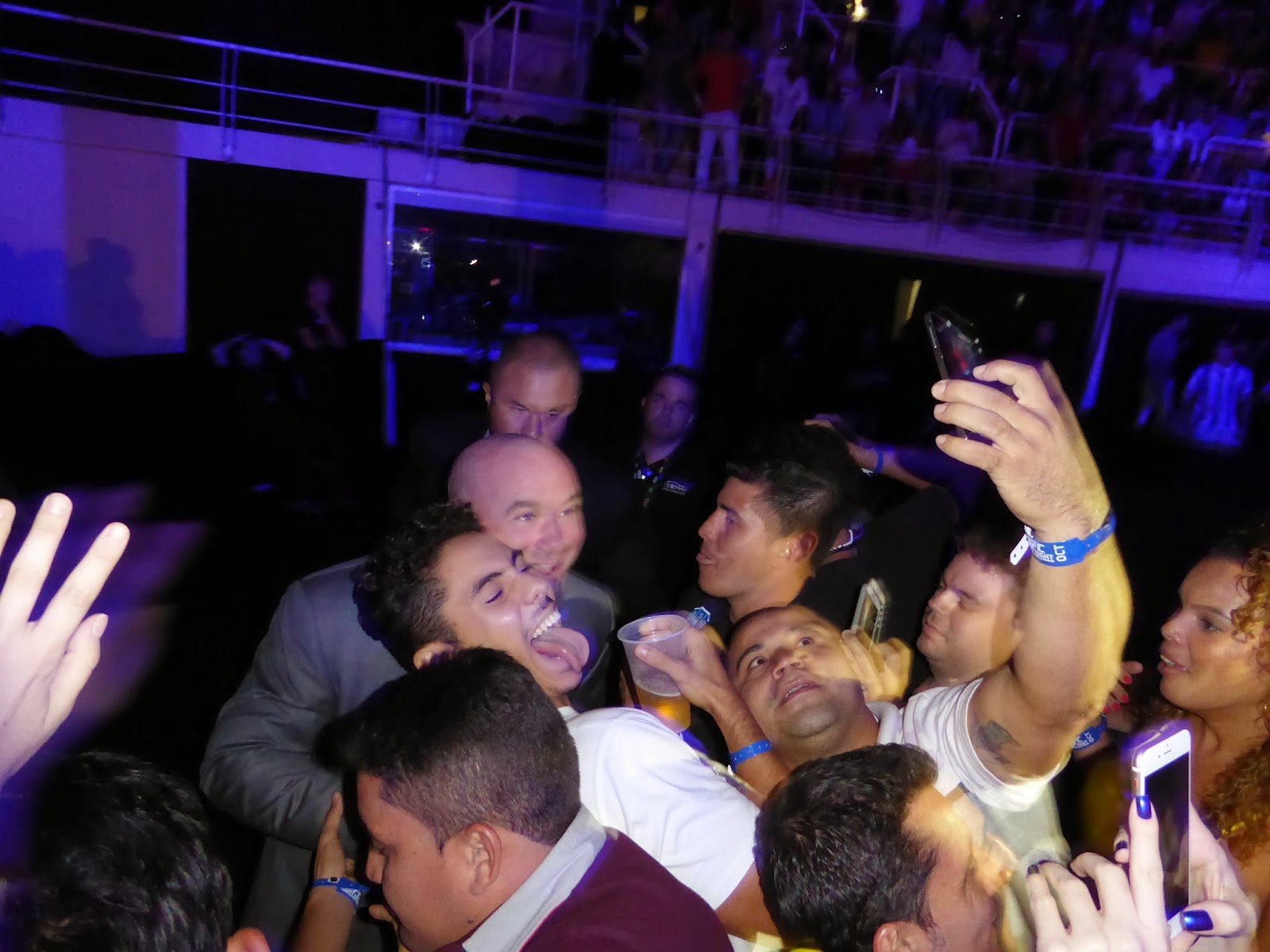 I also felt that the Premium Octagon seats should have had some freebies. A program would have been perfect. All in all I had a great night and am looking forward to the next event. Here are a couple of my favourite photos... 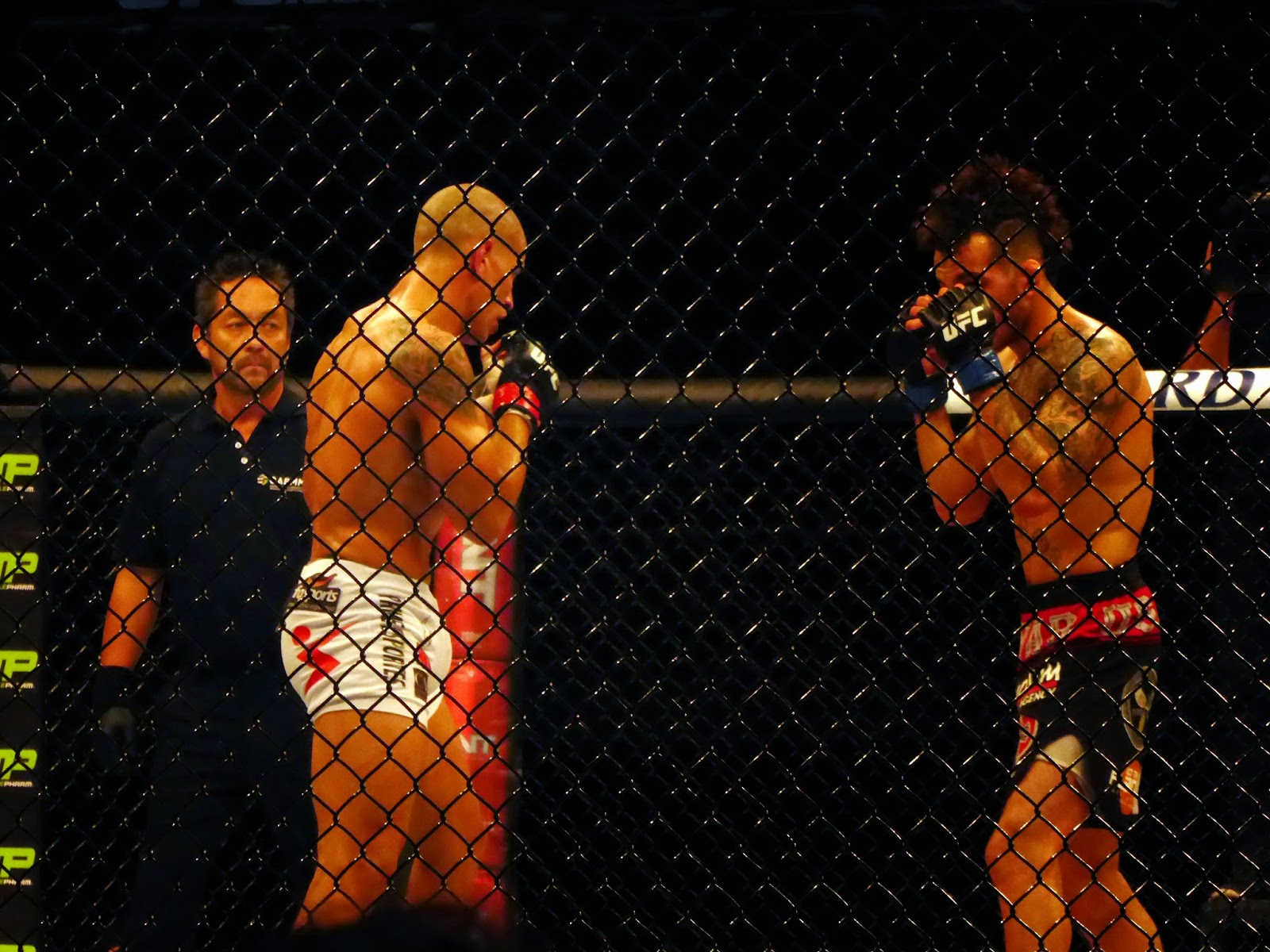 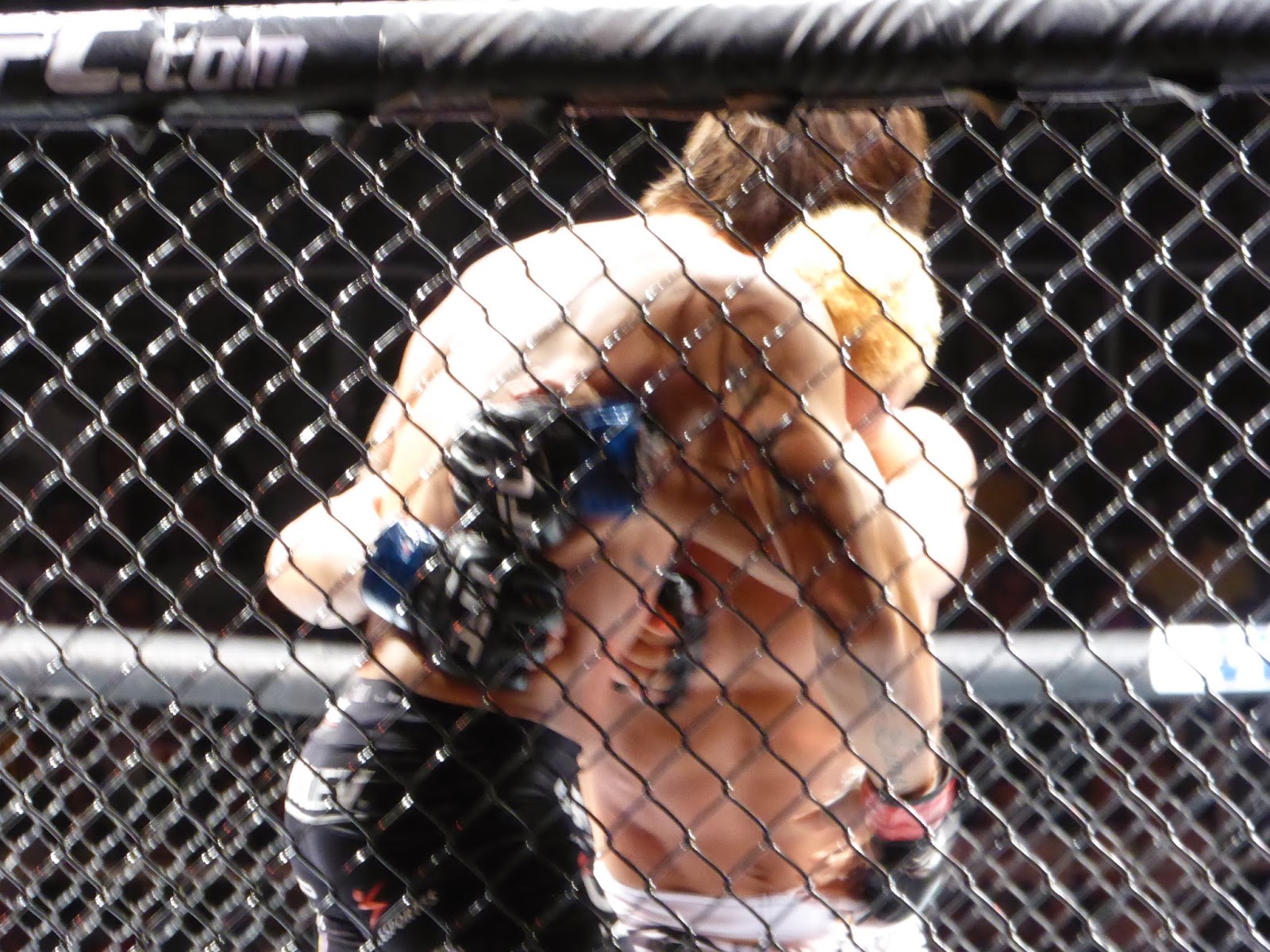