Hello again readers. In this blog we'd like to tell you about a lovely town called Cáceres, which we visited on the final day of this brilliant road trip with James and Emily.

On our way to the town we stopped in a Monfragüe National Park to check out a viewpoint, but unfortunately the immense amount of thick fog meant there was no view to be had!

After climbing a bit of a hill and enjoying being inside a cloud, we forged on to Cáceres. This city is the capital of the province of the same name, which shares a border with Portugal. It's a medieval walled city and has been declared a UNESCO World Heritage Site because of its blend of Roman, Moorish, Northern Gothic and Italian Renaissance architecture.

If that sounds like your cup of tea, why not check out our 360 video? You can see it all for yourself in VR (including the foggy viewpoint!) and tick another UNESCO site off your list.

One of the first things we saw in the city was this slightly unnerving statue. It turns out it isn't actually a statue of a ku klux klan member, but a guy in a traditional hat called a capirote, which is worn in Spain and Italy during certain Catholic festivals. It definitely looks a bit odd though. 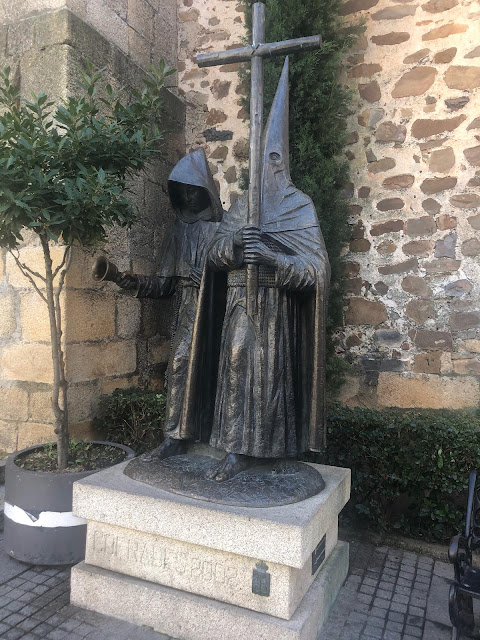 The town's impressive main square is full of old buildings and there was a lively atmosphere; we went just before Christmas so there was a lot of festive cheer in the air and decorations in the streets. Although, as we've mentioned before, none of the lights were actually switched on!

We really liked all the old stone that had been used to build the ancient city. There's just something about old stone buildings that we both love.

That's about it for Cáceres, apart from some photos and the 360 video of course. Next week, we'll tell you about to the neighbouring town of Trujillo, which we all agreed was even more beautiful than Cáceres! 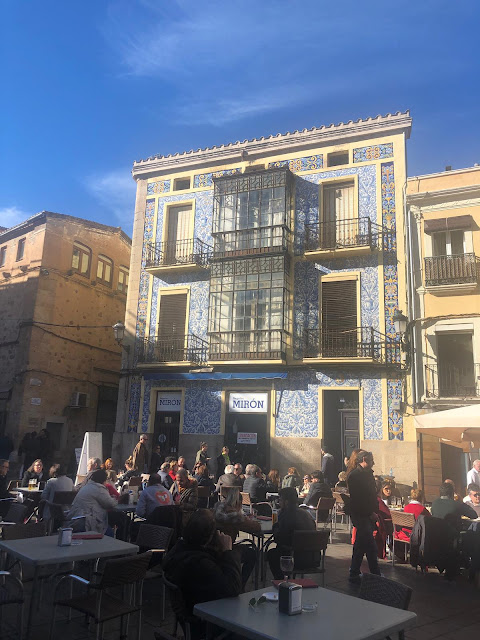 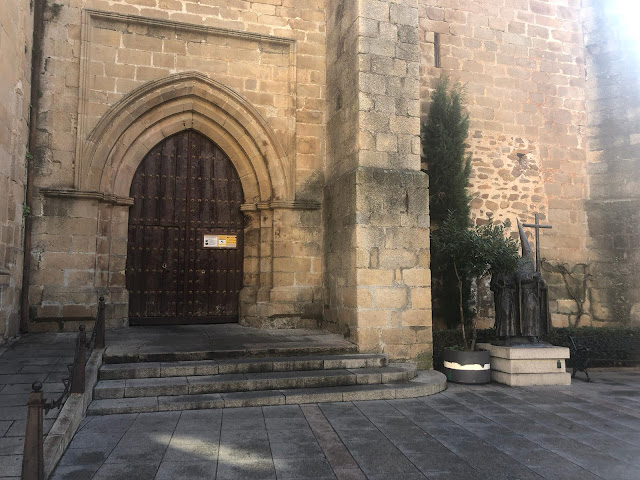 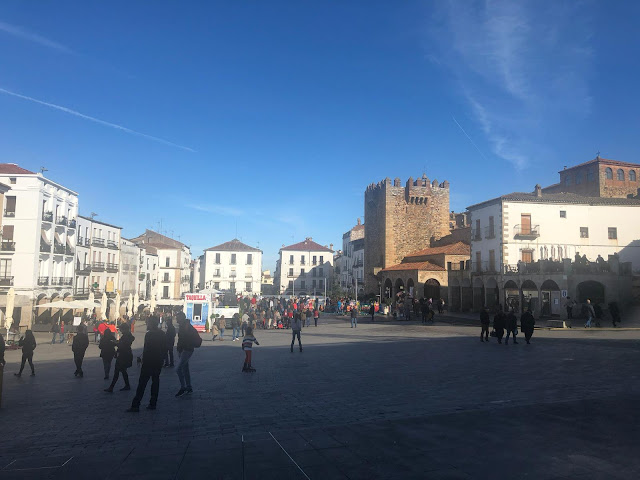 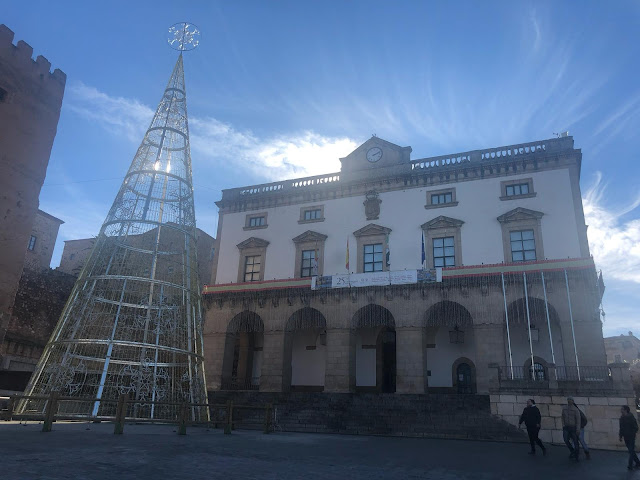 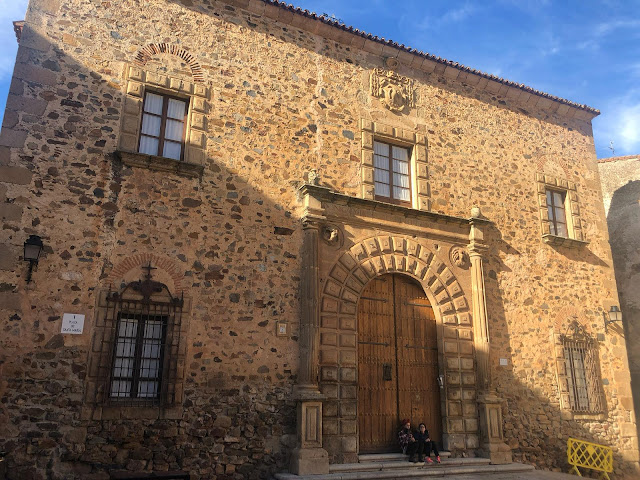 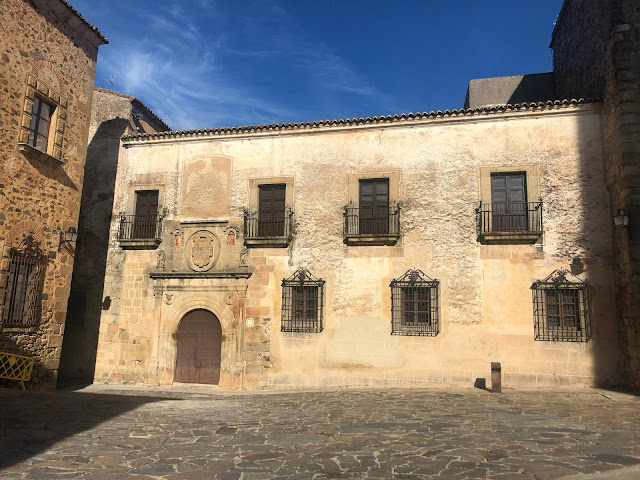 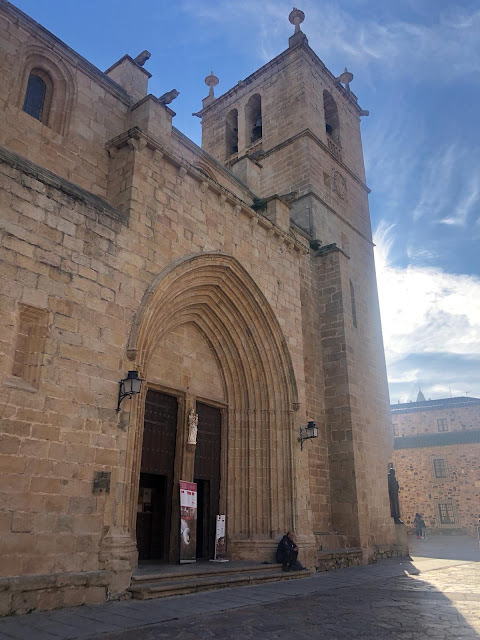 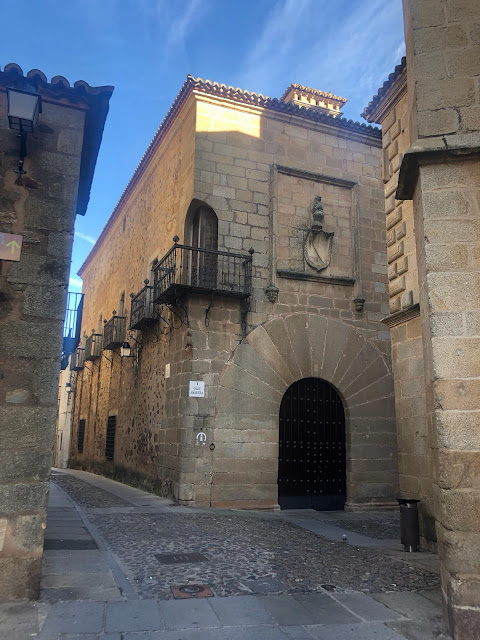 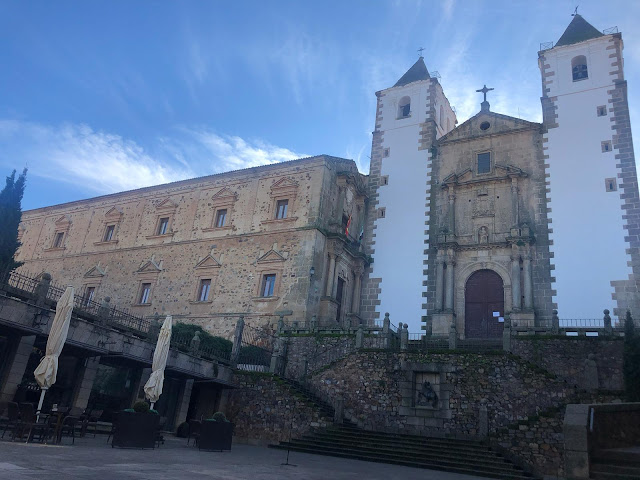 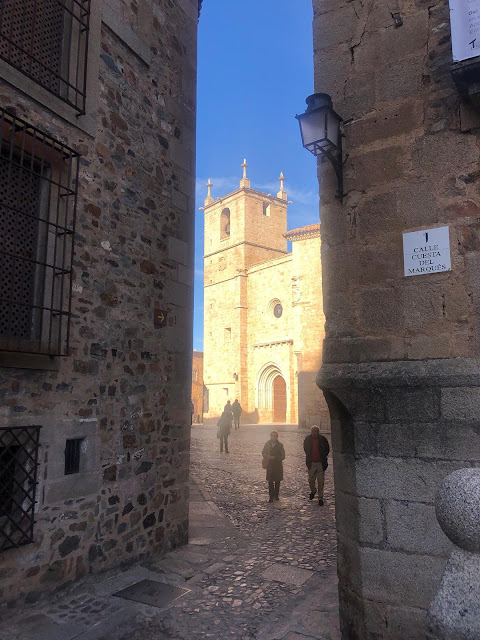 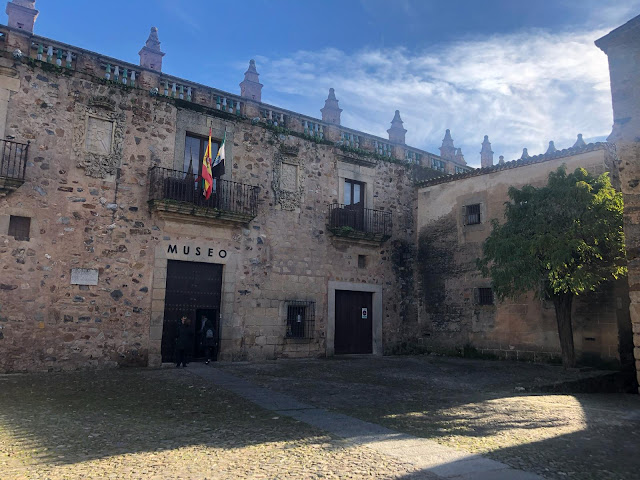 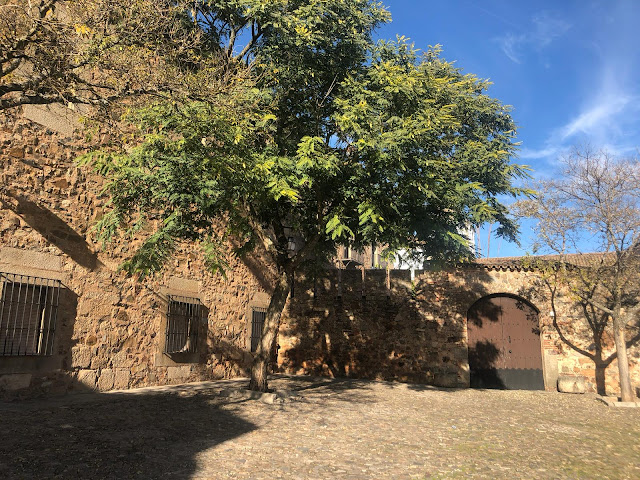 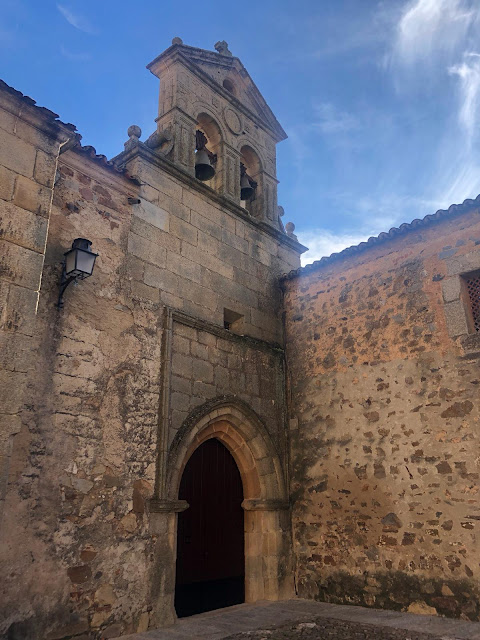 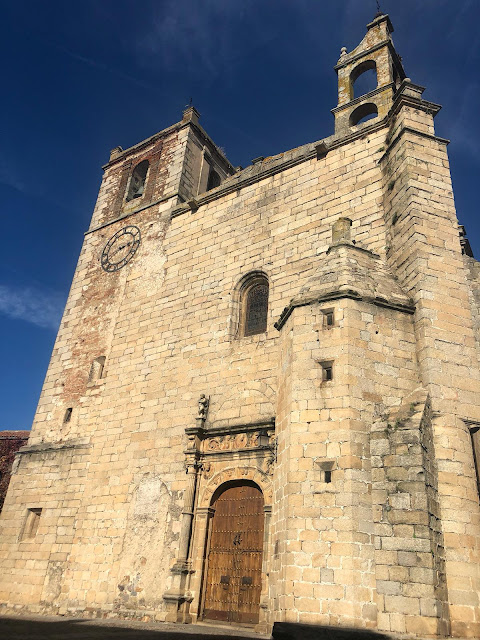 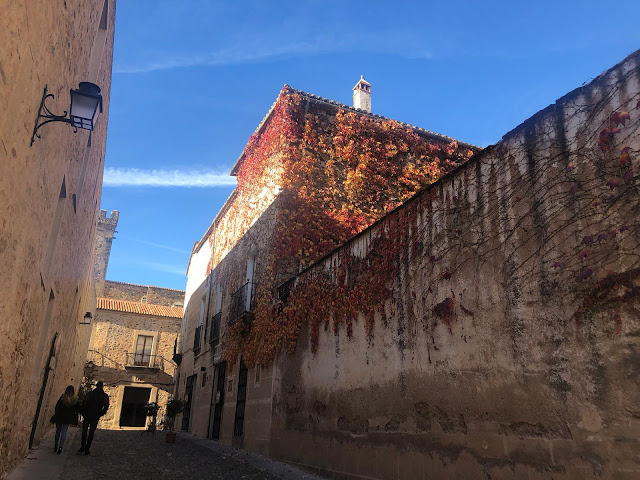 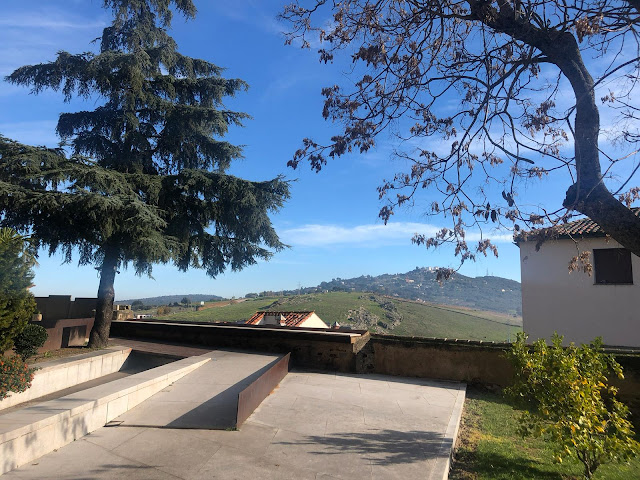 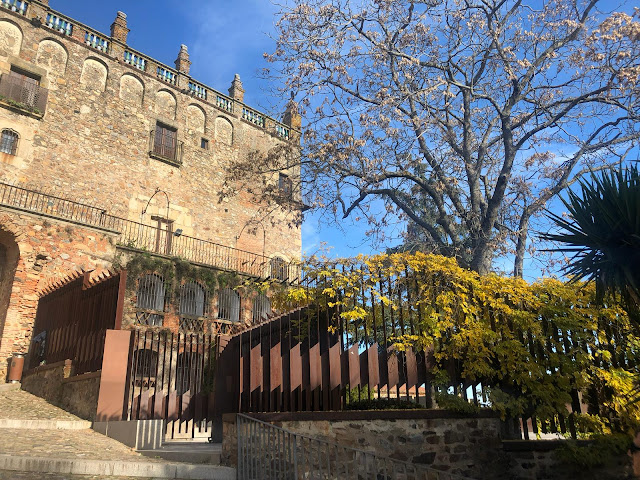 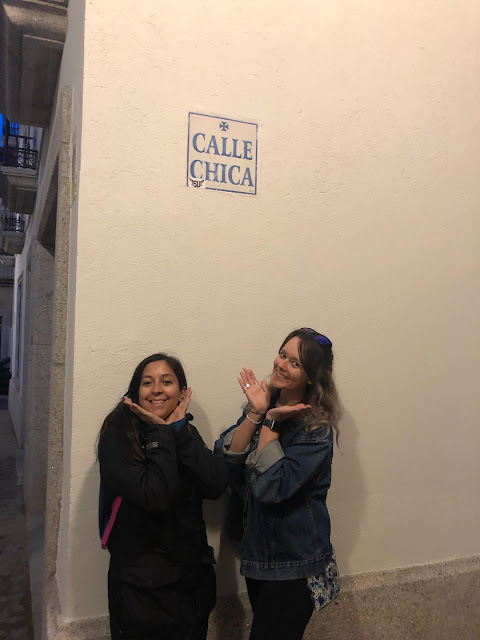 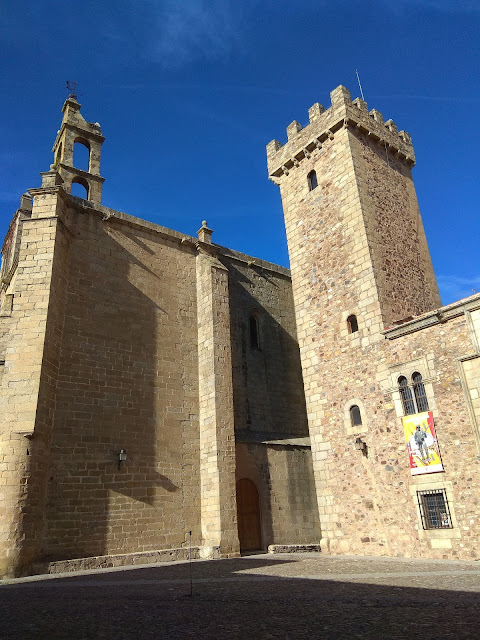 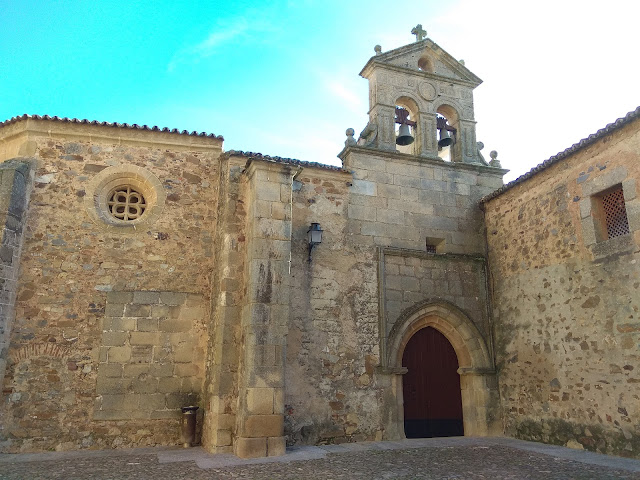 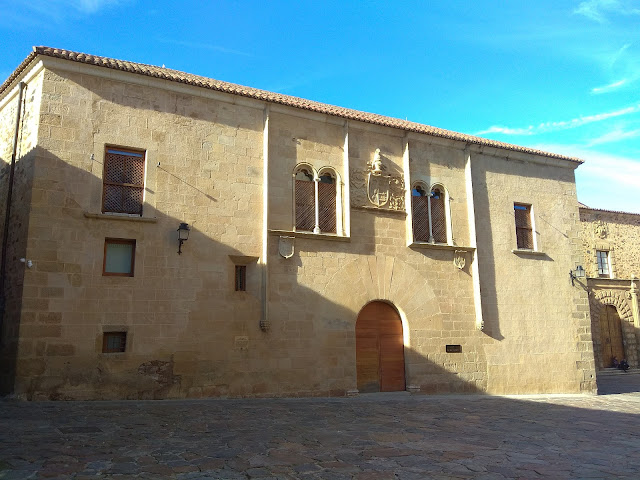 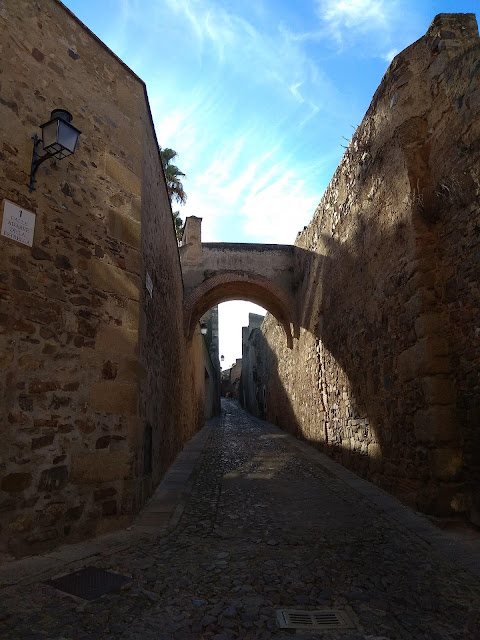 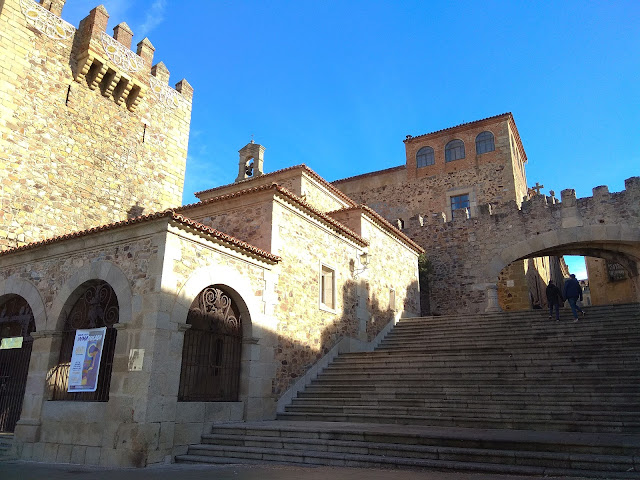