Tenerife is the largest of the Canary Islands, and I was lucky enough to visit in January and do a driving tour around the island. What made me even luckier was that I did it alone, away from the old “trouble and strife”.

You probably know by now how much I value alone time and solo travelling. Of course, and it should go without saying, I love travelling with my favourite travel buddy Katie, but there's something extra freeing and tranquil about a solo trip.

I love waking up and having only my own needs and desires to think about. I can truly do what I feel like doing. It's ultimate self-expression.

Note: I was staying at my uncle's apartment and my parents were also visiting, so I wasn’t alone the whole time…

Anyway, during this trip to Tenerife, I was on a mission! A mission that my family, who wanted a relaxing holiday, were not after.

I'd had a fun, relaxing, family Christmas and now wanted an island adventure with me and my car. I planned on pushing the rental vehicle to its limits, while capturing 360 video of all the wonderful sights I would be exploring.

As I'm sure you know, we're releasing weekly videos for virtual reality headsets, and we're tying these blog posts in with our releases. For our readers this means you can get closer than ever to our travels by using a headset (or watching on a phone/desktop) - all from the comfort of your pyjamas.

The first video in this new series, and this corresponding blog post are about volcanoes and Teide National Park, the premium sight on Tenerife. 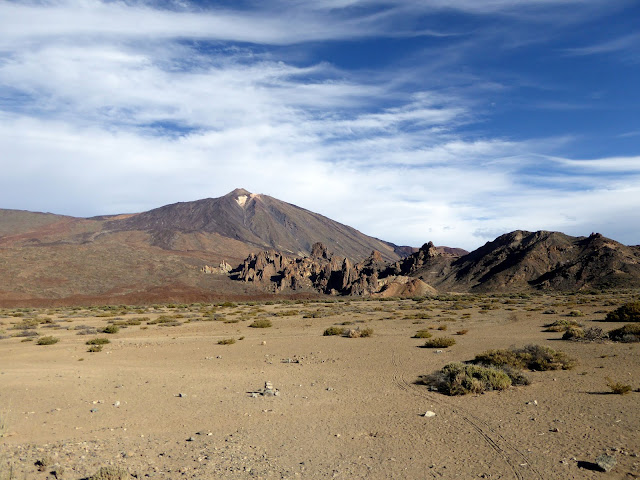 There are over 300 volcanoes on the island, some of which have erupted in living memory, so there's a lot of cool things to see in this national park. The highlight (and highest point) is Mount Teide itself, at 3718m high. Getting there involves a cable car, and you need a permit to reach the very peak.

I did NOT have the permit so had to weasel my way in using an "alternative" rock climbing method to escape the wrath of the guards. Nothing and no-one could stop this adventurous SOB.

At the top, there was a distinct smell of sulphur (and not from my packed lunch, which of course included boiled eggs!) as well as a phenomenal panoramic view.

I did a lot of walking and got out of breath a few times, but didn't succumb to any altitude sickness like others have in the past.

Down from the peak, you can find all types of interesting terrain in the national park. The minerals from volcanic eruptions have left the soil incredibly fertile and I saw forests, lush green areas, and a host of hardened lava.

Lava has two distinctive types: Pahoehoe and Aa - these are Hawaiian names, as the majority of volcano research has been done there. I learnt a lot about volcanoes at an amazing tourist spot called Cueva del Viento - the cave of the wind. 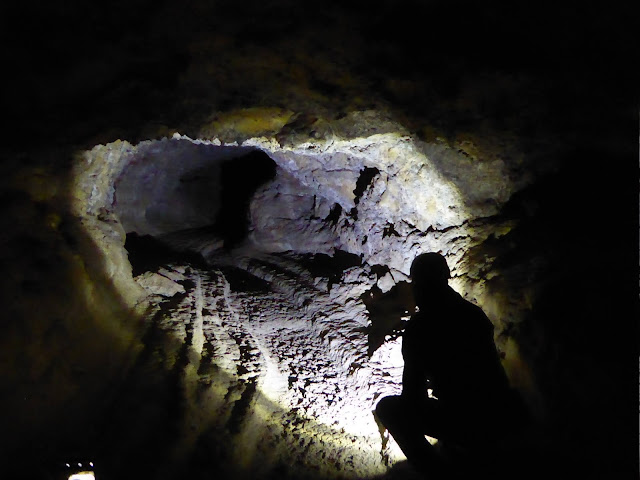 An amazing Dutch tour guide took us on a three-hour adventure into caves that were formed by lava. These long tubes were created during an eruption many years ago and now there is a cave complex that is over 21km long. It's a remarkable place to visit, made all the better by the well trained staff and informative museum / waiting area.

I'll leave you with the series trailer and a load of other photos I took of my breath-taking first stop on Tenerife. Ciao for now. 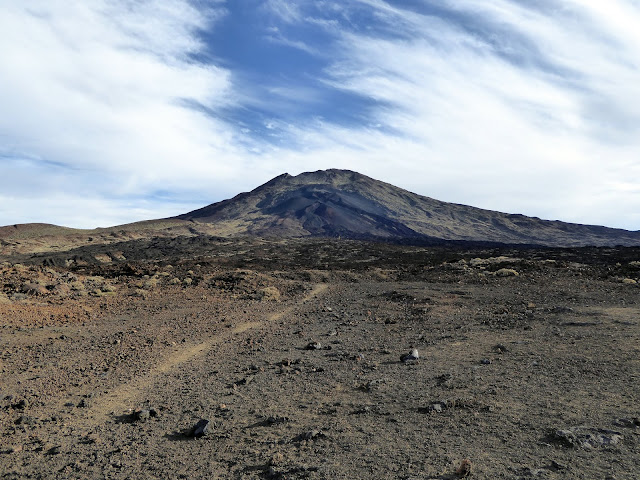 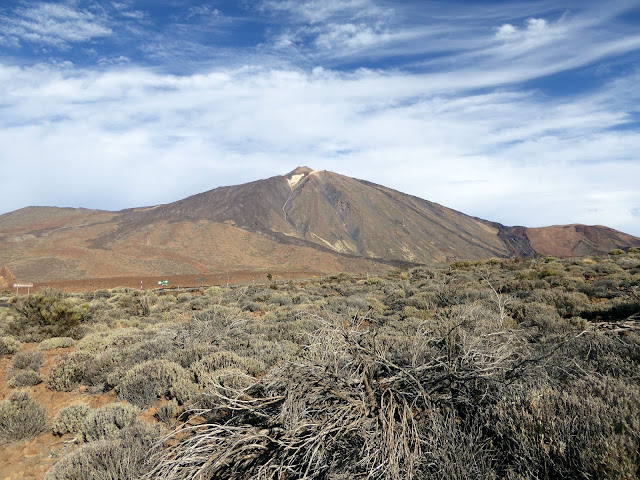 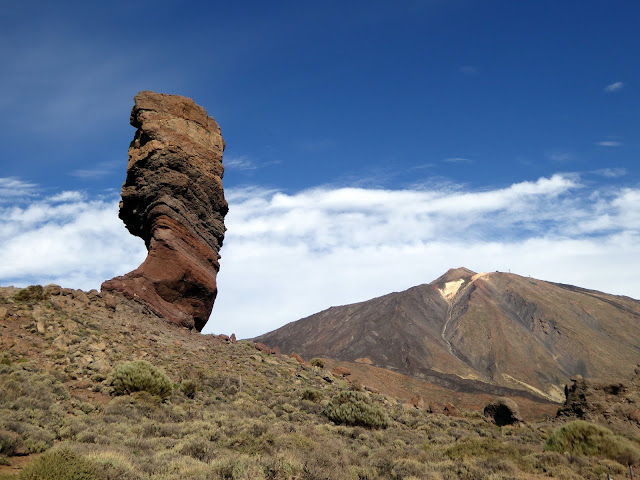 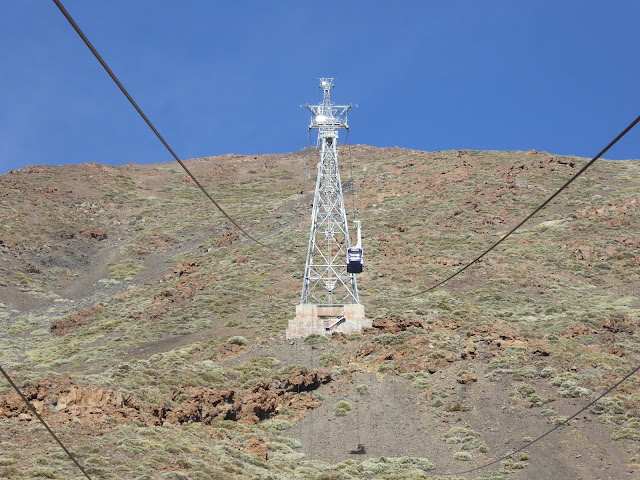 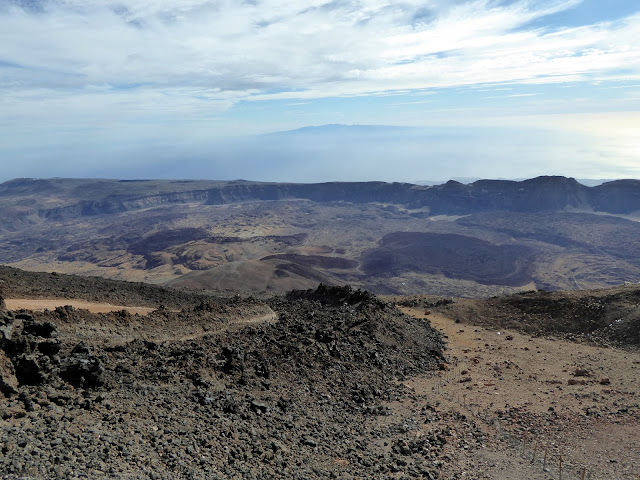 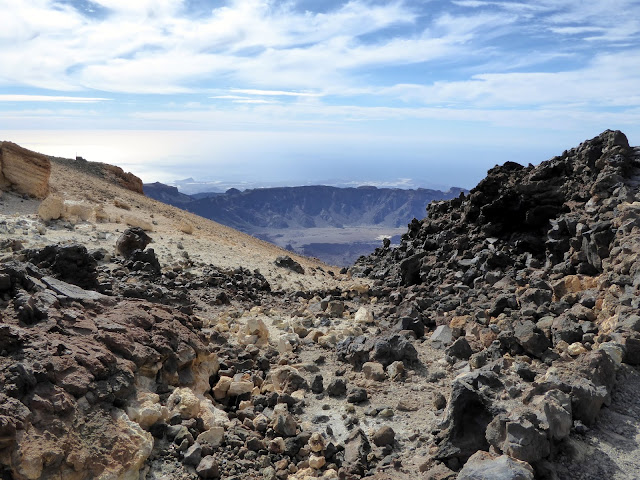 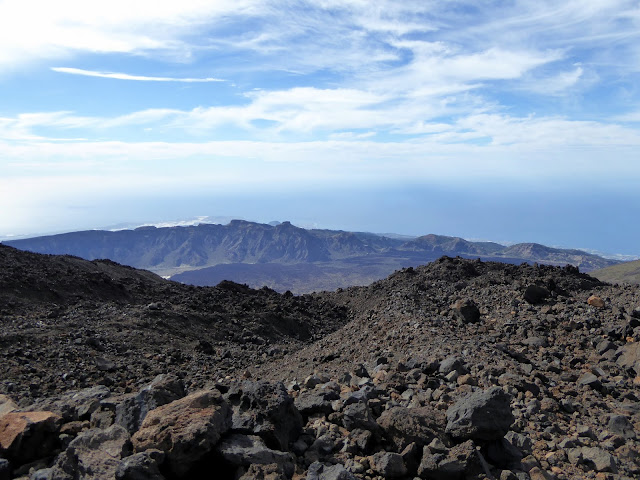 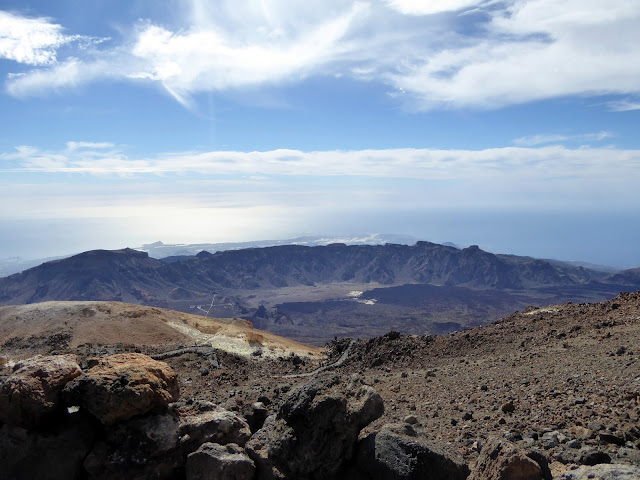 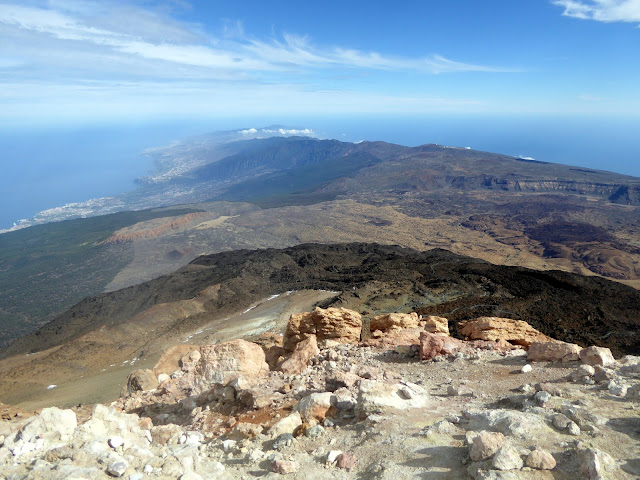 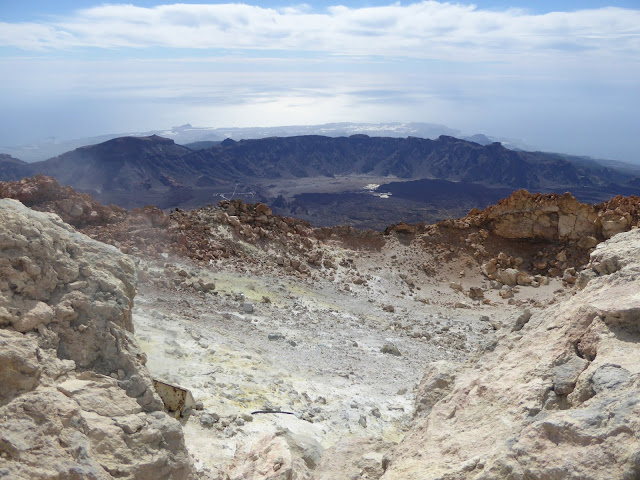 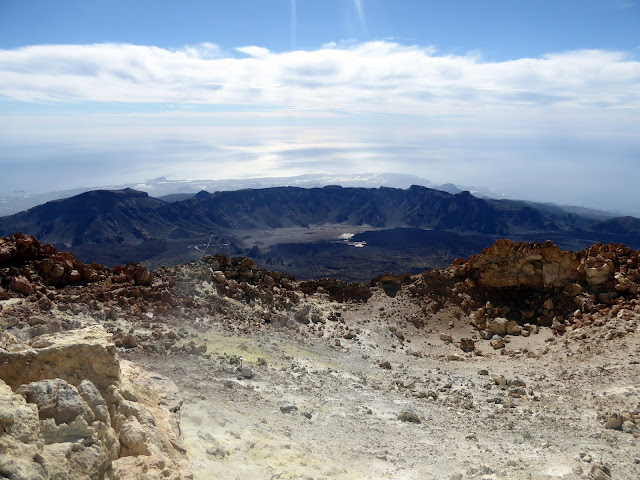 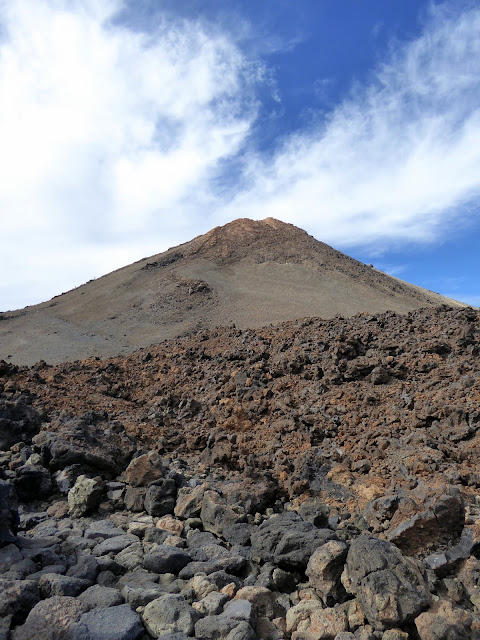