One Day in San Jose

The capital of Costa Rica is a city with around two million inhabitants/habitants known as San Jose (pronounced Hoe-say). Costa Rica is a fairly popular holiday destination but your average holiday makers aren’t too interested in the capital and are generally much more intrigued by the incredible nature and surroundings away from the city.

Unfortunately my business trip was not located on one of the lush beaches or hidden away in a forest; it was in the capital. This meant I got to spend some time in a city known to be the safest in Central America. I wasn't sure how to interpret that stat as don't have a Central American safety scale to refer to. Does safer mean I can wear a watch out at night? Take out $100 from the cash point? Personally I believe every city in the world can be dangerous and I generally just keep my head low and don’t carry anything of worth (besides my camera) with me. When there are citizens who have next to nothing and see a rich tourist, you can easily see how things can turn nasty.

I walked around one night and I wouldn’t say I felt particularly uneasy. I mean, no more uneasy than I feel walking around parts of London on my own. I always scan my surroundings like Jason Bourne and I walked with a purpose, attempting to disguise myself as Costa Rican, i.e. I wore a fake moustache and browned up. I have since been told that it is quite dangerous and I should not be walking alone. So I guess "safest in Central America" doesn't mean safe, and I was naive and a bit lucky.

One thing I did notice on my racist night walk was the abundance of working girls. It’s very sad to see these young ladies in a country with little opportunity, where their best way of making a living is selling their fertile flesh to overweight westerners. I enjoy sex as much as the next pervert but the idea of this being the best job young women can get is upsetting. The ladies whistled and smiled as I walked by and I realised how lucky I was to be born in a place with all the opportunities of a developed economy.

On the day I arrived, I spent the afternoon wandering the downtown in a zombie-like jetlagged state. Brazil and Costa Rica have a 4 hour time difference and I flew at night. I only had the one afternoon in the city though so I wanted to make best use of it despite being knackered. This involved a trip to the National Theatre. It’s a shiny little thing that tops the TripAdvisor sights in San Jose and was well worth the $10 entry fee. I also stumbled upon another market. This was more of a market aimed at tourists and was open until later. It was full of cool ornaments and the tat looked different from the usual suspects in Asia. 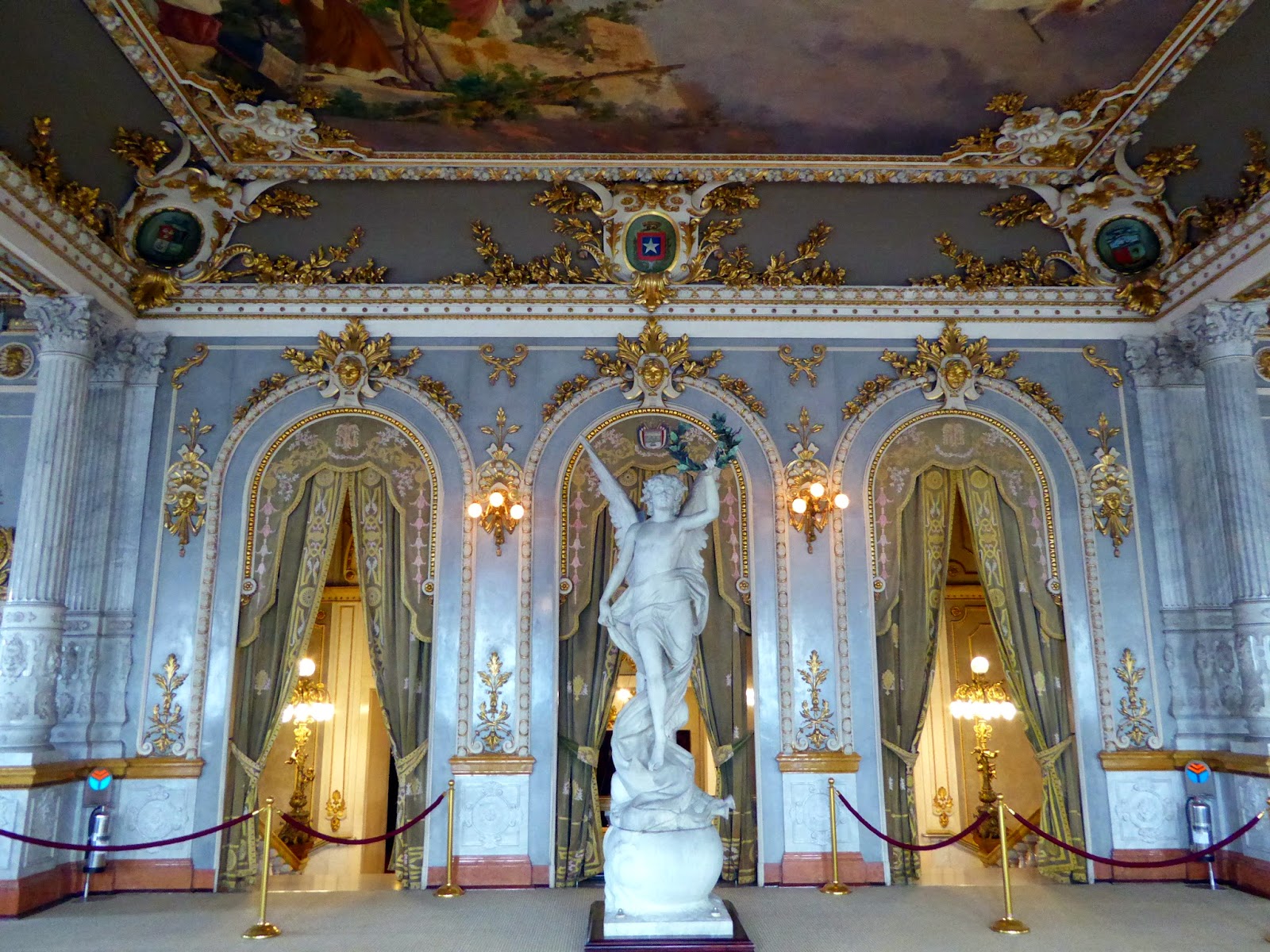 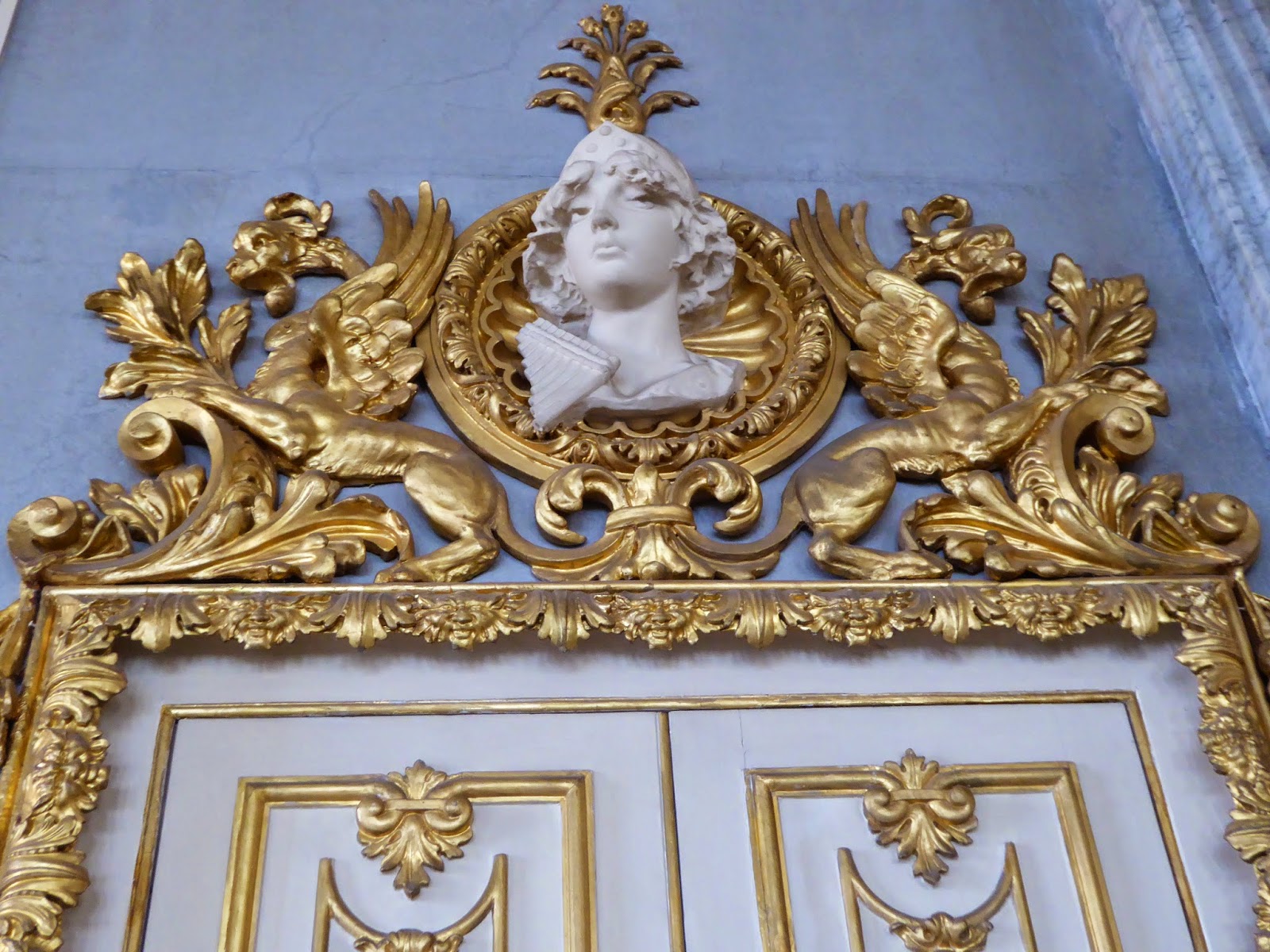 There is a market in the centre of the city that sells street food and traditional dishes, as well as trinkets and all things for the Costa Rican people. It was cool but unfortunately I didn't get a chance to eat there on my one afternoon in San Jose, as it closes at 6pm - I don't even have a decent photo. The food looked great and I would recommend it though. 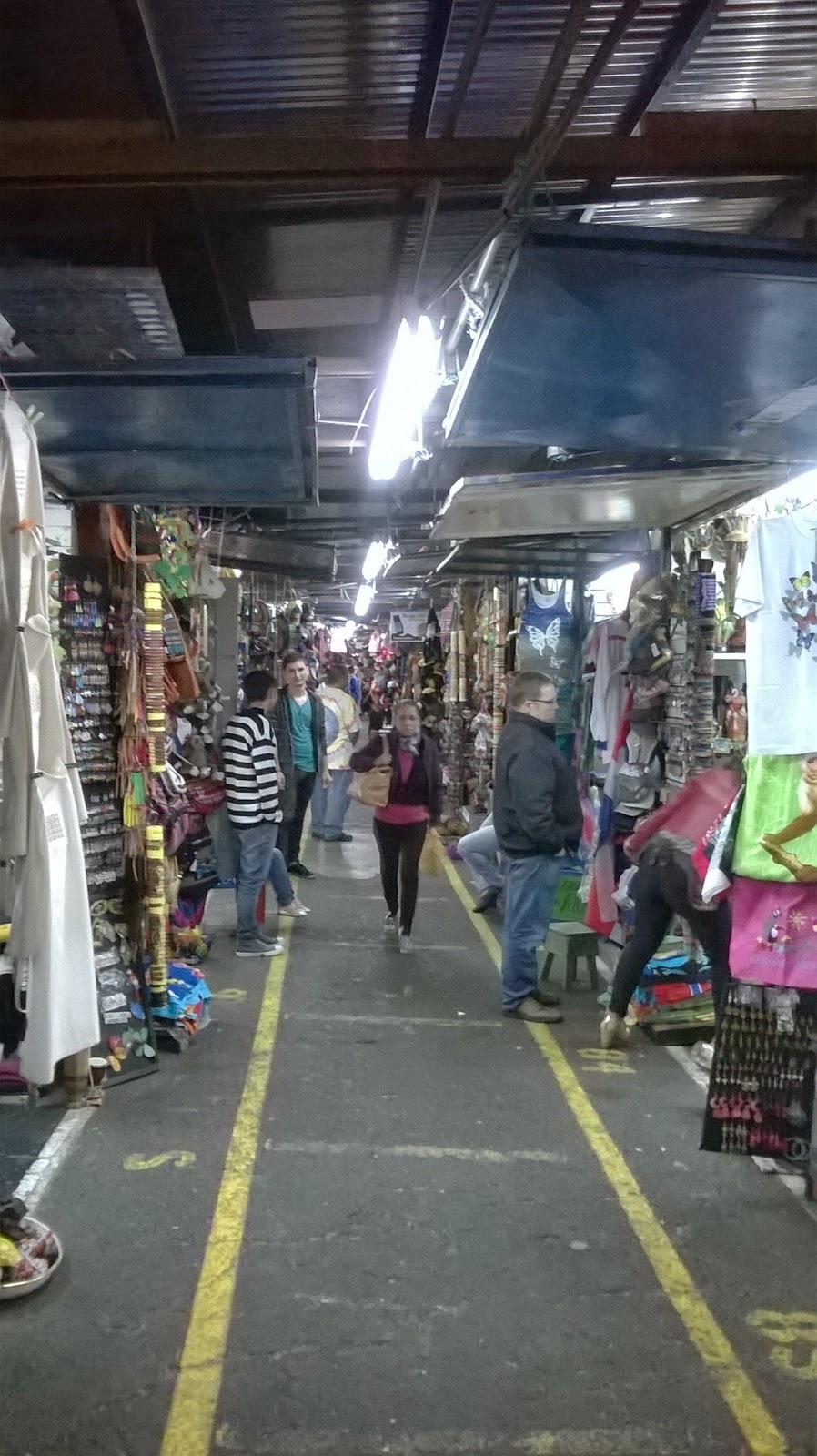 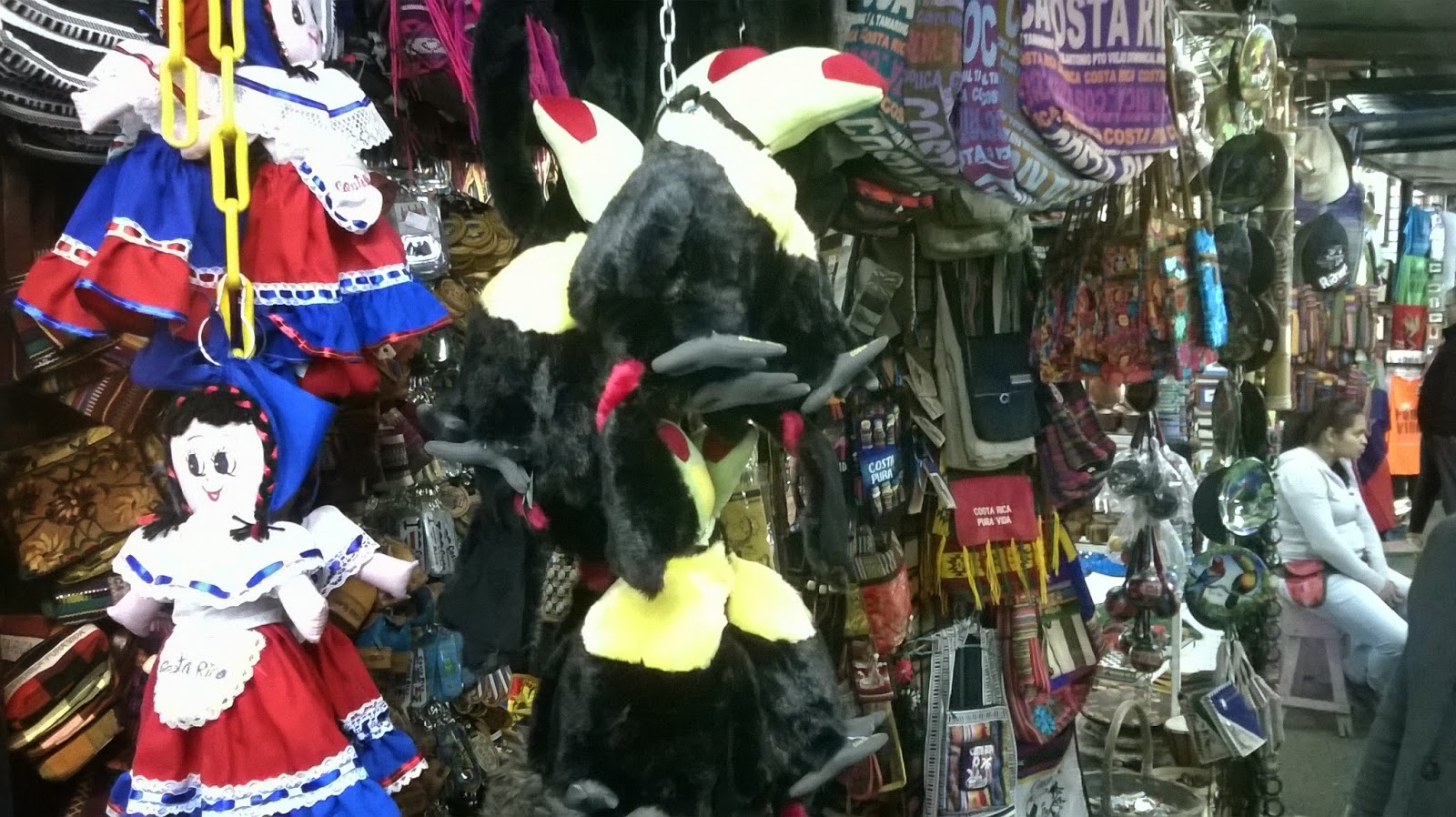 I noticed something quite unusual as well. There were a lot of scaffold towers with police officers stationed on them, looking over the main parts of the city. I guess this is what they mean by safest city in Central America. 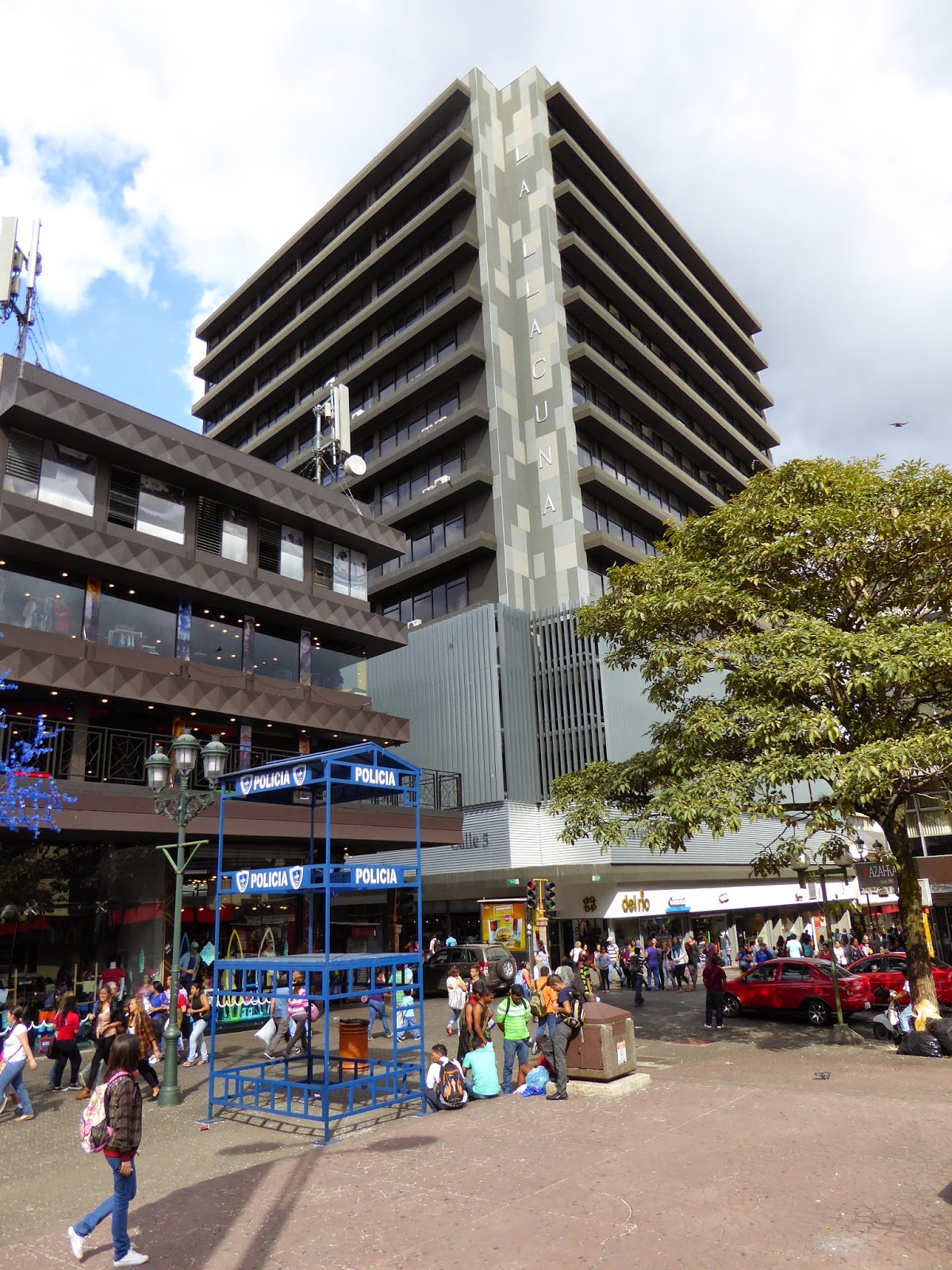 There is not a lot to see in San Jose, at least not what I found. But walking about I got a feel for the country. A lot of happy smiling people who are full of pride about their country (their flags are everywhere) with its sustainable existence and peaceful history.