Our Future Plans and a Visit to the UN Memorial

Katie and I have decided to leave Korea at the end of our contracts in February. This may be a welcomed relief to our families (and students) but the time of worry is far from over as we will be travelling for four and a half months (137 days, to be exact) before we return. We have planned our trip roughly and we would like to share so you can come and meet us during our travels. I only really expect Dan to come visit as that is the sort of guy he is but please don’t hesitate to contact us if you fancy meeting up at any of our destinations.
The dates are saved on the map under the description if you follow the link and view the larger version. You can also see a simple table of information here: https://docs.google.com/document/d/1gY-OPJfcqQbIViODMcq3_TllEOGQBwjNwiVsMFsL3K4/edit
And there is a facebook group at https://www.facebook.com/groups/272633589446339/.

Anyway before we go travelling we have about a million things to talk about so I would like to share what I got up to one day not so long ago.
I went to the only UN memorial cemetery in the world and I would like to say that it was an honour to see a memorial to all the brave servicemen of the 11 nations. The entrance to the memorial forces you to walk through a park with various pieces of “art” that these nations donated to the cemetery. I wonder if some nations just had some spare bricks and thought they could donate them in the form of a tower. 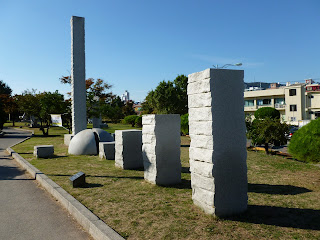 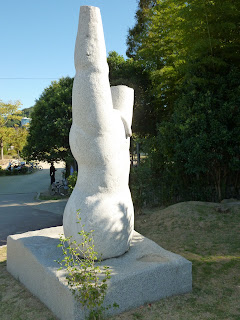 One country decided to donate the above statue, which obviously pays homage to the naked handstand regiment that lost so many lives during the torrid Korean War.
The first thing I noticed upon entering the cemetery was the pristine nature of the memorial. There isn’t much flat land in Busan that isn’t covered in horrible grey looking skyscrapers so I was shocked to find a huge space that was absolutely stunning inside. The main pathways were lined with trees and some had streams running alongside them as well, and both were beautiful to look at. 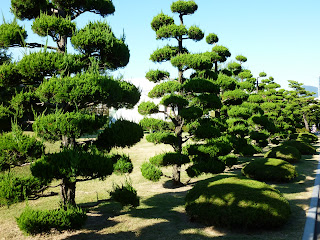 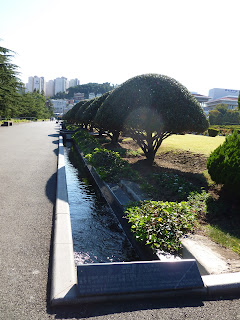 There are hundreds of graves in this beautiful park, that act as a sort of reality checker, serving as a reminder of the horrors that war creates in so many beautiful people’s lives and lands. 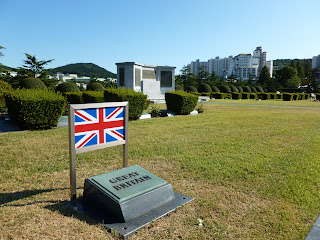 There were three other main memorials in the cemetery, one was a wall of the fallen and another was a building with a pretty design, while the last acted as a reminder of all the unknown soldiers who had died in the Korean War. 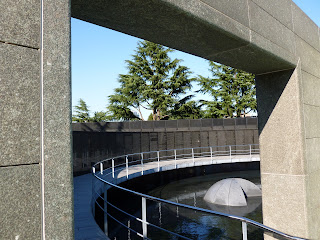 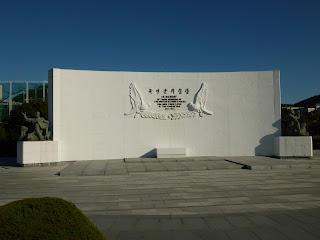 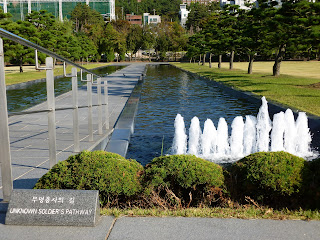 The memorial continued to surprise with a stunning lake surrounded by trees in an area that looked under construction. 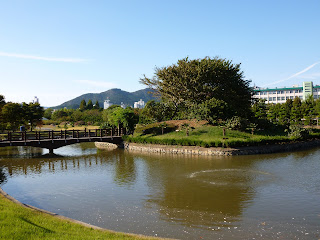 I whole heartedly recommend the UN cemetery to everyone visiting Busan or living there as it is a spectacular sight, and acts as a constant reminder of how many people died to bring freedom to Korea and get people like me easy jobs, where I can save enough money to see the rest of the free world.
How to get there:
Get off at Kyungsung University Station (Subway Line 2). Have a look at this map to see how to walk there. It's fairly straight forward to get there and it's signposted in English (look at road signs). Or just get a cab, it's a 10-15 minute walk otherwise.