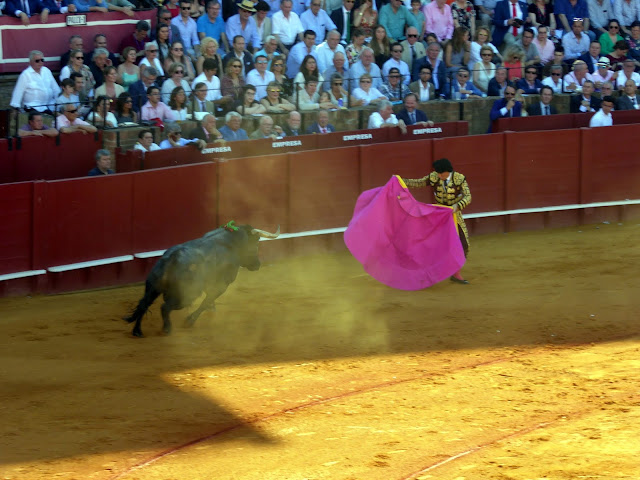 I never finished telling you all the wonderful, and sometimes bloody things we did in Seville. We'll get to the wonderful shortly, but let's start with the bloody. I don’t like to stay away from controversy and if a culture accepts extreme violence towards animals, in the name of sport, I'd be damned if I weren't to watch it. I'm referring to the bullfighting, La Corrida, which involves matadors, barbed sticks (banderillas) and the slaughter of several bulls during an evening.

I had so far managed to widely ignore what goes on inside these bullrings that look so beautiful from the outside, despite the prevalence of bullfights on TV. Who uses TV when there's Netflix and YouTube? I think part of me likes surprises and I knew I wanted my first time to be in the flesh. For example, going into the experience, I did not know whether the bull definitely dies in the ring… I left Seville's bullring knowing that they most certainly are killed (except in rare circumstances) and they are toyed with beforehand. 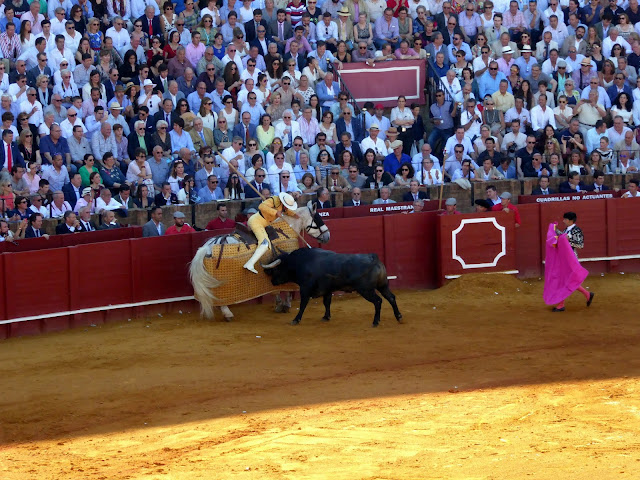 What is brutal by today's standards, probably was fairly pedestrian back in the pre-Roman times when the tradition started along the Mediterranean coast. It really has a rich history going back millennia and that makes it particularly difficult to stop. I'm not convinced it should be stopped.

Katie (who didn't go to the fight) and I get into quite a rich conversation about it in our 360 experience, where we discuss the life of the bull compared to an average cow. You also get to experience the atmosphere inside a bullring, getting up close and personal with the grim climax, as the bullfight advances through the various tercios (stages). It's a more nuanced topic than I would have thought at first glance. 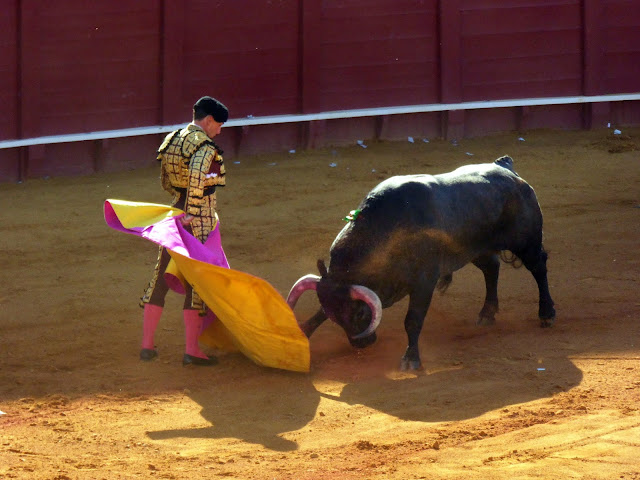 Right, that's enough violence for one post. Let's go back to Seville and the reason why these bullfights were happening in the first place. We visited during their biggest celebration of the year, their Feria de Abril (April Fair), and it was magical. Everyone dresses in their best attire - men in suits and women in the most extravagant flamenco-inspired dresses Euros can buy. They all head to a section of town that is taken over by casetas - private marquees belonging to different social clubs and organisations. Hundreds of clubs throw private parties in this festival area. It's an odd collection of marquees that are sectioned off from one another with doormen at every entrance, ensuring that no trespassers with 360 cameras can enter…

Inside the casetas, everyone is drinking Rebujito to stay hydrated. Rebujito is a dry white sherry called manzanilla that is mixed with Sprite. Delicious, refreshing and not too strong, which is good because you need to stay hydrated! A big part of the feria is the dancing, and people all over the place were spinning, clapping and twirling in a style called sevillana. It's not too dissimilar to flamenco (though there are a few differences) and it was really fun to watch. People in Seville learn this dance when they are kids and people of all ages were getting up and joining in the fun. 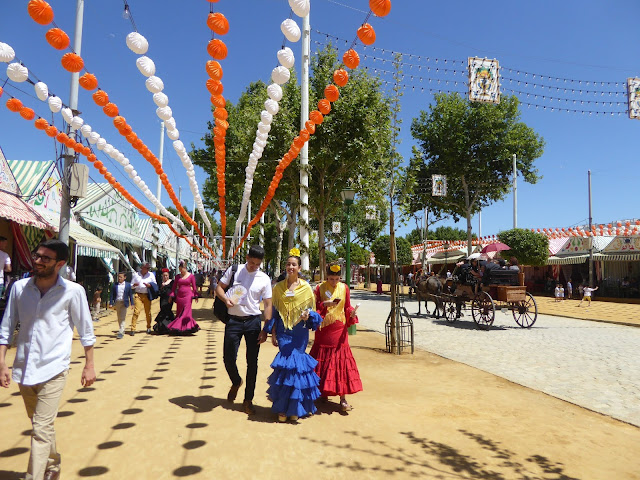 As well as dancing from place to place, people take a horse and carriage, which is very traditional and reminds me of an old school western. The issue with horses is the smell that comes with them. With a dusty floor and this distinct odour in the air, the Feria really is a Spanish cowboy festival! 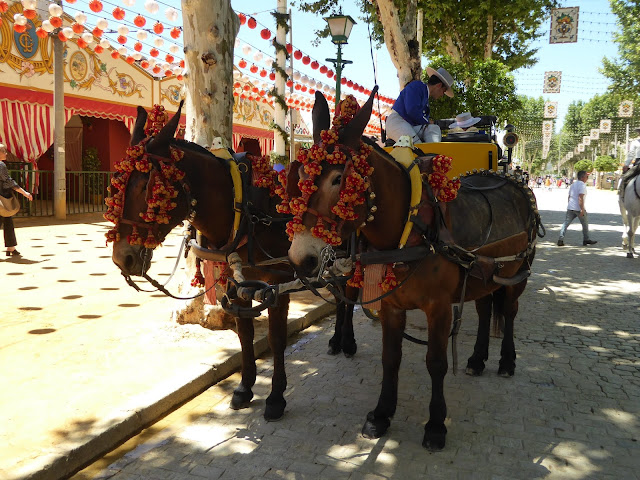 It's a great festival to visit, and with clothing fashions changing and the grand entrance way into the festival site designed anew each year, I can see why people would flock to Seville year after year. The only downside for a tourist is that much of the festival is off-limits, as the casetas are nearly all private celebrations. There are a few public casetas but they don’t seem have the heart and atmosphere of the private ones. The sense we got was that tourists were welcome but not encouraged. And that's okay. This is a festival for Seville and an Andalusian holiday, and we still got pretty close to the authentic experience… Just like you can in the 360 experience!

And that about wraps up Seville. What a city! From the buildings, to the culture and the atmosphere, we were blown away. It's definitely one of our favourite cities in Spain and that's saying something because Spain is pretty damn awesome. Thanks for reading, enjoy the photos, and see you next time.