Whenever we talked to people about this trip before we went, everyone that had visited Italy had expressed their delight with Florence. It was the highlight of many people’s trips and has a reputation for fine food and even finer art.

Besides a mix-up with where we believed our hotel to be and where it actually was, the journey from Bologna was very pleasant in our first class carriage. I say pleasant - we shared it with two toddlers and two weary Italian parents desperate to keep their energetic boy in check.

Once in Florence, we went around all the usual hotspots - the Duomo, the cathedrals, the basilicas, and the archways.

The difference between a basilica and a church, by the way, is that a basilica was originally used in Roman times as a meeting point and public space where markets and trades would take place. The Christians soon took over and used the word to denote large and important churches. Yay religion.

We saw literally dozens of statues of various naked dead men and fictional beings. Nipples were never too far away and the odd pair of animal testicles was also a common sight. It was all very sophisticated and cultural.

Florence has an interesting bridge called Ponte Vecchio, which is like no other I have ever seen, although Katie recognised it from the film Parfum. Instead of a bridge being just a simple crossing over some water, the wise old Italians decided that it could also have shops and presumably houses on it as well. If you approached the bridge a certain angle, it was actually possible to miss the fact you were crossing water at all.

The second day we were in Florence was a Monday, which in Italy means that all public museums and galleries are closed. What to do in a city of culture when the culture palaces are closed? Why eat, of course! Katie will go into detail in an upcoming food post, but needless to say the search for gastronomic bliss took us on a short bus ride to a nearby hillside town called Fiesole. And it was magnificent. We walked around this small Roman town, taking in the rural beauty, while examining Florence from above, from this idilic Tuscan viewpoint.

Back in Florence we continued our exploration of the city. We saw a market that had some excellent fresh produce, although it did seem a little geared towards the tourist bandwagon.

One of the days we went and decided to queue for the Uffizi. It became clear after five minutes that we would be queuing for around 3 hours unless we did something that went against our morals and our budgeting nature. We paid a tout for a reserved ticket (€25 euros each) that would get us in to the museum quicker!

We were inside in 15 minutes and it was a good decision. I would like to point out that the Uffizi really doesn’t help itself with the buying tickets and queuing. It was nearly impossible to figure out which of the dozen queues was worth joining. We could have bought a ticket on the day for €11 but the signage and instructions were awful and the museum was poorly run from a ticketing standpoint. I sometimes feel like venues and arenas don’t do enough to stop touts or to quicken the ticket buying/queuing process.

I also find it strange that people are willing to queue for several hours to go round an art museum. Since when was your average person so cultured and interested in art? You would never get such a long queue for a classical art museum in the UK. It is the pull of the guidebook that implies you haven’t seen Florence until you’ve seen the Uffizi – a tick-box exercise for all “well travelled” persons.

We weren’t allowed to take photos in the museum so instead of my shoddy handiwork, I will google and add our favourite pieces below.


After walking round what can only be described as one of the best art museums in the world, we came to an important decision. Neither of us is too fond of art. We have tried to initiate ourselves into this game by going to a top museum but it’s simply not for us. We appreciate the skill required and enjoy looking at the paintings but thousands of similar style paintings and sculptures do not excite us.

We like architecture and I definitely prefer sculptures to paintings but generally it is just a bit dull. Room after room of very stylistically similar paintings gets a bit tedious. I prefer to explore a church, which has paintings and sculptures (preferably with a description). However, this dislike didn’t stop us spending nearly 3 hours in the Uffizi and we certainly enjoyed a few bits of artwork.

One thing we did not see was the original statue of David by Michelangelo in the Galleria dell’Academia. We saw a couple of replicas around the city and decided that this was enough. We weren’t going to queue for several hours (or pay a tout!). I realise now I didn’t actually photograph any of the replicas so you’ll have to make do with pictures I stole off the internet of this famous David, and also pictures of the one who wrote this. 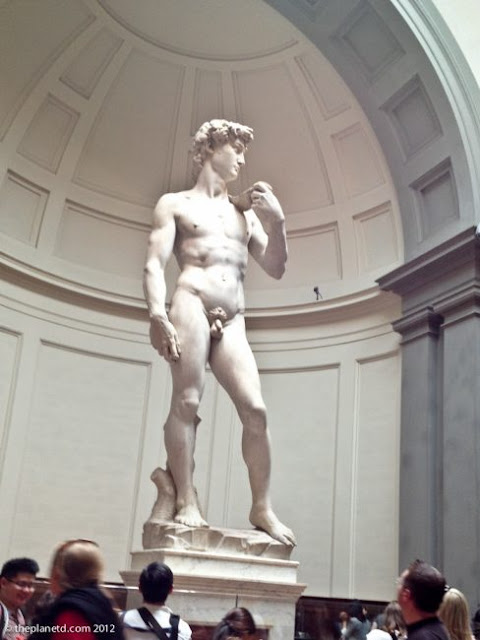 We also walked round the Forte Di Belvedere, although were unable to enter due to it being closed.

Something we try to keep in mind when travelling is that it's one thing to see a city in the day, but another to see it at night. Beauty seems to be amplified at night and even ugly cities can turn into treasures with the right lighting. It is like when you spend all night snogging some stunner in a nightclub and then the last song finishes, the lights come on, and you realise you have been kissing the Elephant Man’s uglier sister. Basically, things look better in the dark...Let’s leave it at that.

Anyway, on the first night we were both in good spirits and were intrigued to see what the beautiful fully lit Florence would like in the darkness, which has caused so many clubbers such deep regret the next day.

We traipsed up a stubborn hill (we had been walking all day and we were tired) to the summit of Piazzale Michelangelo. From here we stood and enjoyed a panoramic view of the city – it was immense. The colours of the river, the lights of the city - it was all in full beauty that night.

We spent the subsequent two nights going around already visited tourist hotspots, admiring them in the orange glow. What a way to spend an evening - care-free and gelato-full.

All in all, Florence was a master class for wondering around looking at pretty buildings and taking in the sights. We left the city happy bunnies with tired feet, unaware of how much walking was still to come... 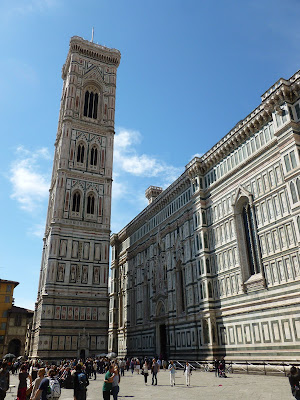 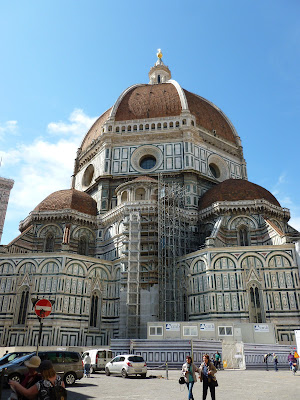 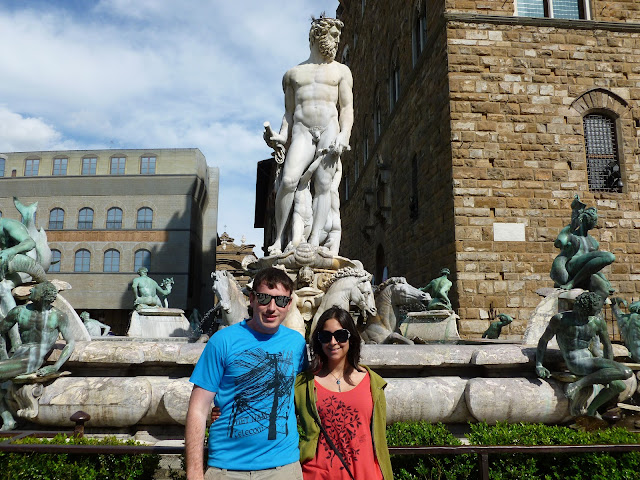 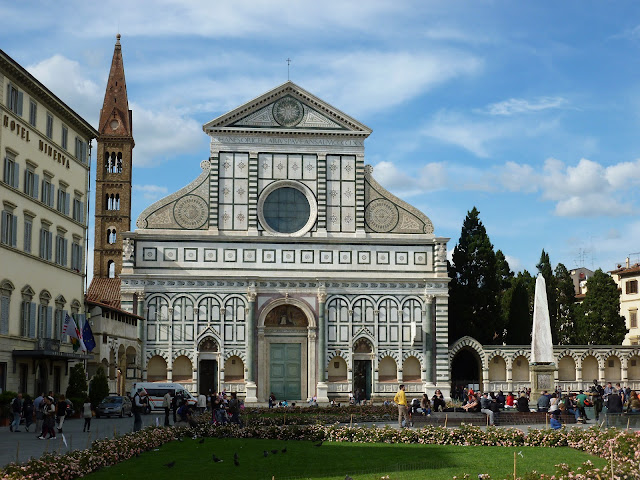 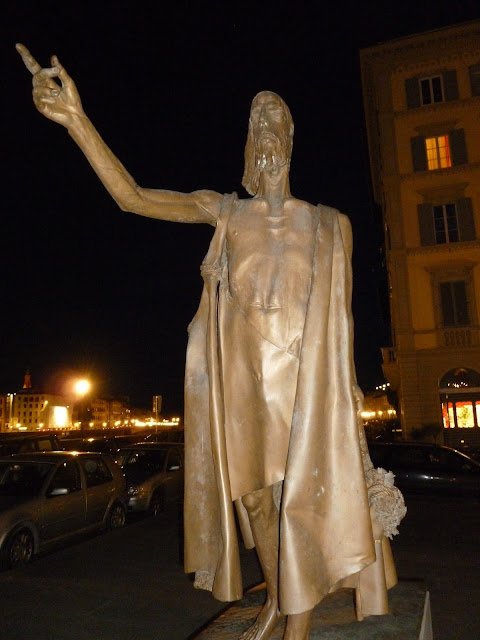 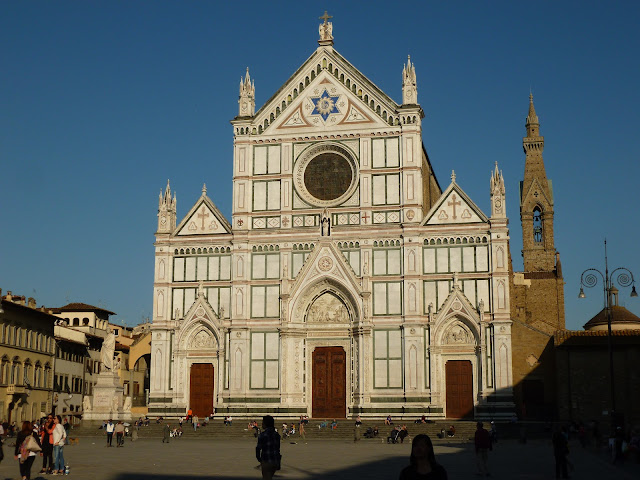 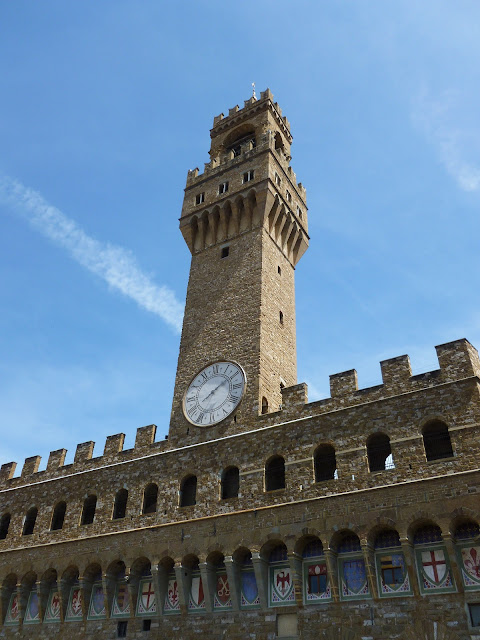 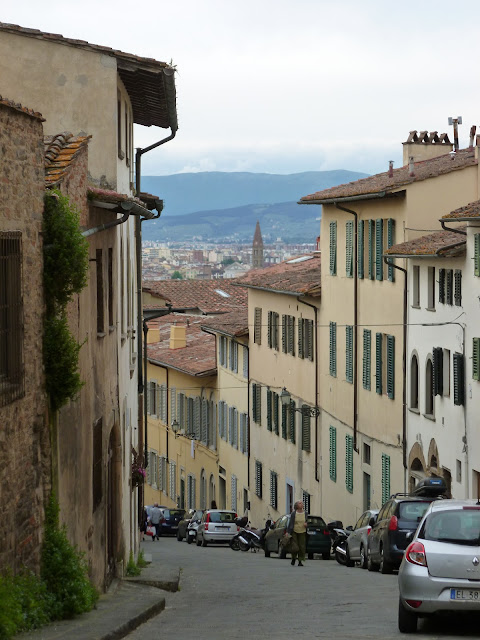 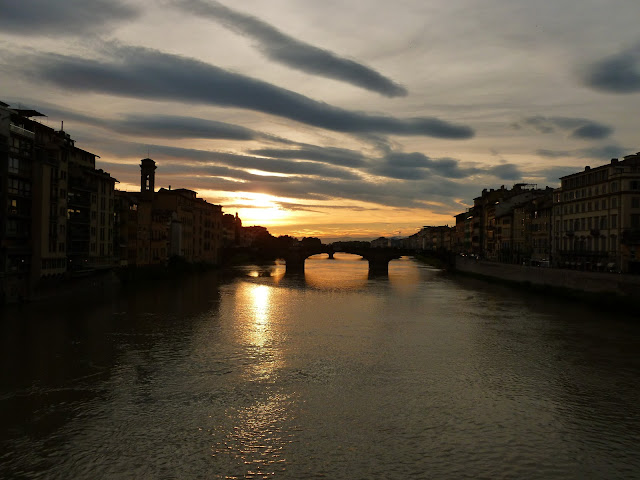 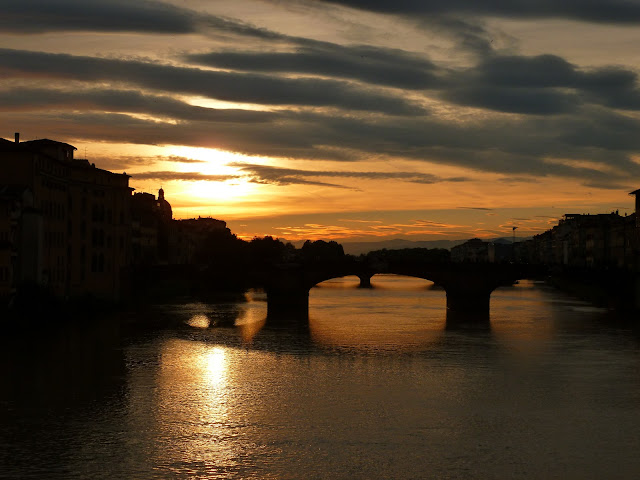 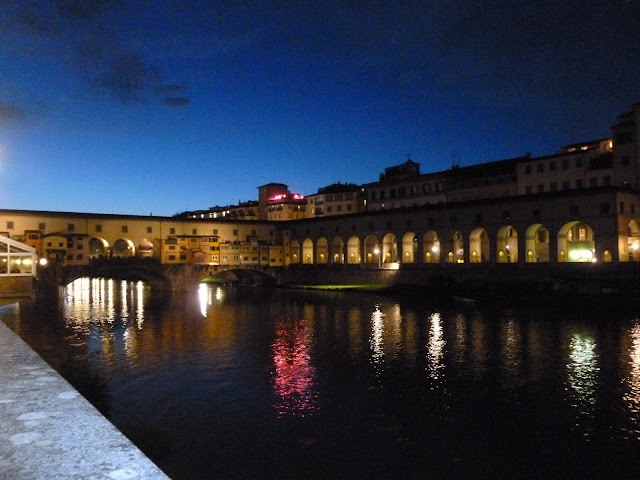 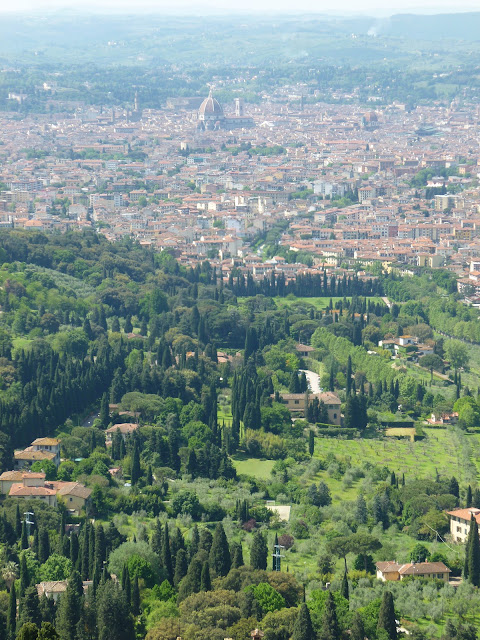 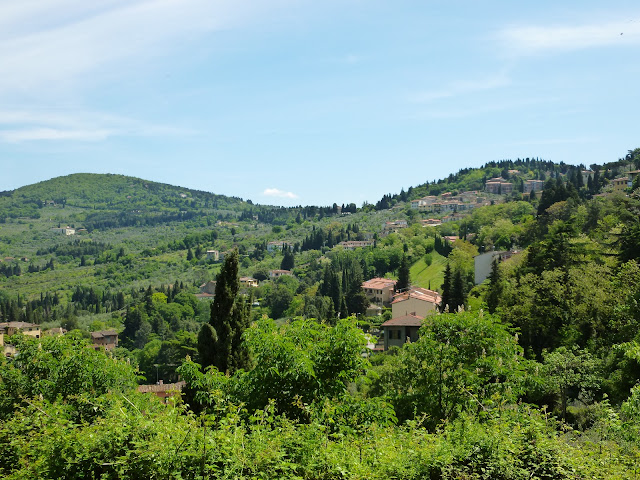