In the spring of 2014 we took a two week trip around northern Italy. It was my first time in the country and our first stop was Venice. Expectations were high, to say the least - could the city live up to all of the cliches? Spoiler alert - yes it could!

What could I possibly say about Venice that hasn’t already been said? Probably nothing as I am not a Venicistorian and neither are you, but I’m gonna give it a go.

The island of Venice is situated off the Eastern coast of Italy and is accessible via boat or train. We stayed on the neighbouring island of Lido, which is quieter even though, unlike Venice, it has motorised land vehicles (commonly referred to as cars). We ended up staying on this picturesque island because it was a bank holiday weekend in Italy and we were priced out of the fancier hotels on Venice island. No way is this guy paying over a £100 a night for a 2* hotel!

We forked out for a Best Western hotel instead, which was delightful. We arrived on the hottest day of the year so far and the temperature continued to rapidly rise... The room we paid for had air con, however we weren't allowed to use it. Apparently 26 degrees is not A.C. weather in Italy. In Britain that is hot enough to walk around with only a thin piece of fabric separating your genitals from the world. But not hot enough for chilled air in Italy. (I did find out this was for environmental reasons, as air con isn't used until June, as a rule, and this was only April. I’m all for saving the environment but the CO2 that bellowed from my lungs as I moaned and complained about the heat probably cancelled everything out, so they might as well have turned the A.C. on).

As I sit writing this, on a beach surrounded by men and women wearing jeans, I start to question my temperature control. Am I going through some kind of early on-set male menopause? Is this how Scots feel when they wear shorts in five degrees and call me a southern pansy? Or is my South England attitude / culture / acclimatised body the perfect model?

The downside to having this British temperaturement is that it makes us stand out like tourists more than I would like, as we never seem able to blend in with the locals' attire. And besides, my five Italian phrases are rarely used, as I only ever get responses in my native language. It is both the curse and blessing of a native English speaker. It's incredibly helpful to navigate the globe as almost everyone speaks a little bit of your language, but impossible to learn a language as everyone wants to practise their English.

Anyway, we have spent the last two days walking for miles around Venice, taking in the beautiful buildings and delicious foods. The sheer visual beauty of the place both during the day and at night really added a feeling of warmth and romance like no city we have visited. Unfortunately when this is coupled with excessive consumption of delicious food with many generous scoops of gelato, one struggles to reach that romantic climax as often as one would like.

Venice has no cars, no mopeds, and it does not stink – that myth has officially been debunked by one of England’s greatest sniffers. I realise that calling myself England’s greatest sniffer makes me sound like either some kind of deranged glue addict or a human version of an overly forward bottom-smelling dog. But I am neither. I am merely an expert in bad smells thanks to having an older brother who enjoyed the nasal torture of his siblings and a diet that didn’t help the situation either. 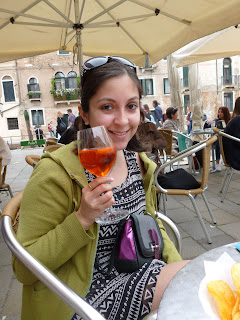 We decided that going inside museums wasn’t going to be our thing in Venice. I would like to say that I love learning and love culture. But so often going around museums is too structured and organised to allow the sort of creative learning I like. I need to dip in and out of cultural learnings and not be overwhelmed by information in one burst. I feel museums are often too much like that teacher in school who loved to lecture at you for an hour rather than let you express your own understanding and thoughts on a subject. That coupled with the exorbitant museum entry fees really left us little option but to sit in piazzas and drink coffee and Spritz (the Italian Pimms!), staring at the beautiful museum buildings. What a shame!

We walked and we walked around Venice enjoying the sights, tastes, sounds, and lack of smells. We wanted to be more observers of beauty than tourists of destinations. I didn’t even make a note of anywhere we went besides seeing the Grand Canal and St Marco’s Square – two things even a blind man could see walking around the city.


Some people choose to sit on beaches for 10 days, drinking margaritas and watching the waves splash into the sand. We chose to sit in restaurants and cafes guessing people’s ages and nationalities. I think you can learn a lot from just watching people go about their lives. It puts certain things in perspective, especially in such a romantic, idealised city. 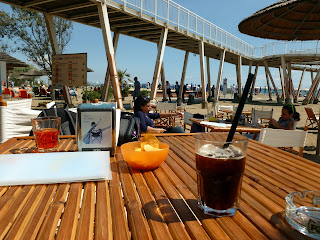 Back to Lido and back to the beach. As I write there is this giant flying beetle wasp thing that seems particular fond of the free crisps we got given with our iced drinks. I was told to ignore it by our waiter but I feel like it’s one of those natural things that I seem ancestrally scared of. Like birds pooing on my head when flying over me. Actually maybe that came from when a bird pooed on me after a particular hair cut in Manchester... by an Italian man. Too many coincidences. If a coincidence is really a coincidence, why does it feel so contrived?

Also there is a metal stair case that protrudes onto the beach spoiling the view somewhat. However it will take more than these things to throw me off my stress-free existence at the moment. Having a city so full of romance, culture, beauty, and food with a beach a mere twenty minutes away is something of a dream scenario. And the alcohol helps too.


Before sharing a carefully selected snippet of the hundreds of photos we took of this breath-taking city, I will just briefly mention the train ride from Venice to Verona. We ended up sitting opposite a Czech man and Argentinean woman who were delightful. They were friendly and we very much enjoyed swapping stories. We also forgot to validate our ticket but no-one checked – ka-ching! 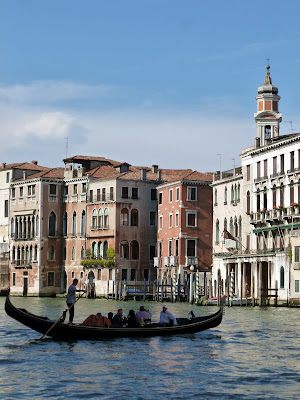 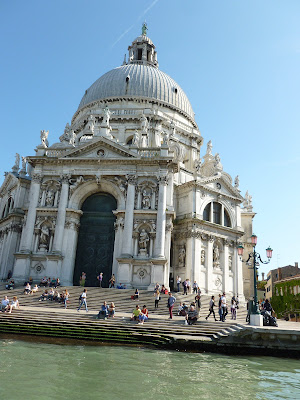 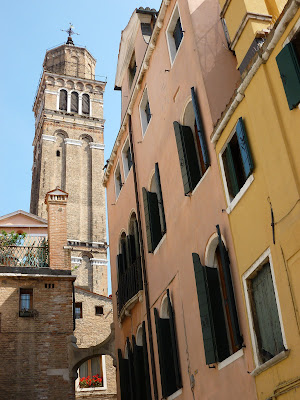 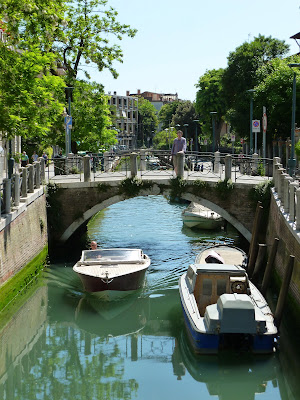 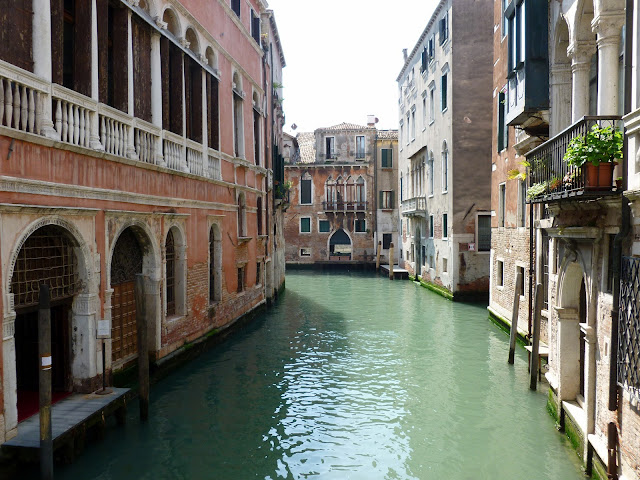 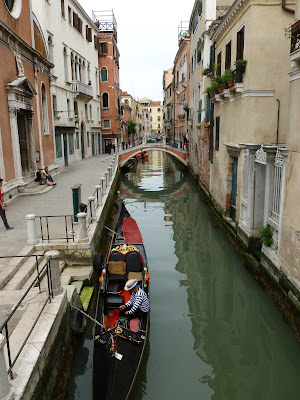 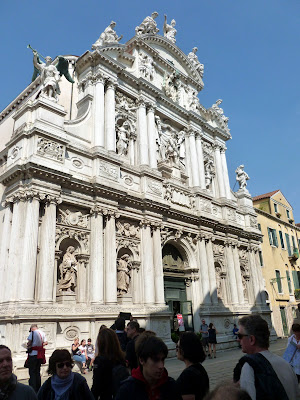 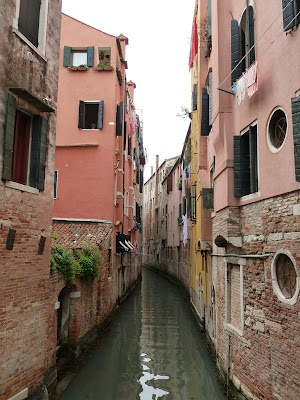 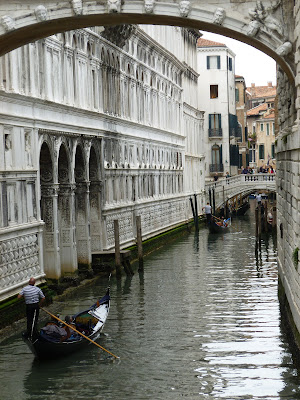 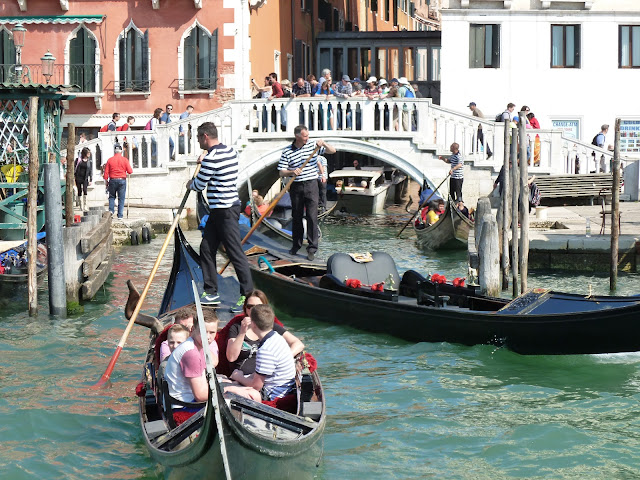