On the Saturday after Katie's birthday, we decided to celebrate by being travellers again in the city we are growing to love. We took the free* walking tour around the city of Rio de Janeiro.
*Of course it is not free, they need tips to survive so be generous.

Rather than bog you down with the old word-speak, I thought we could use a medium called photos to help explain the journey. 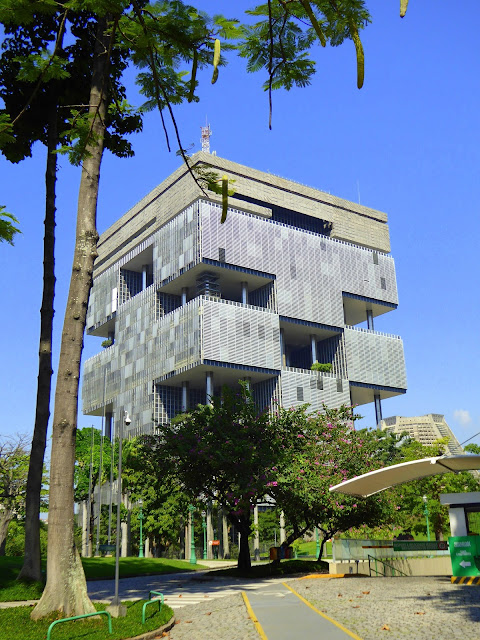 Nearby was one of the world’s ugliest buildings – the head quarters of Petrobras. It is shaped to resemble an oil rig. 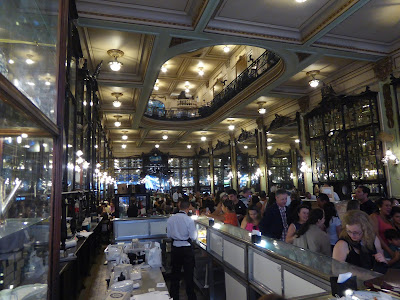 We then did a Columbo by walking to a famous bakery called Colombo to partake in a quick urine break. It was a delightful quaint place to lay down a stream.


Along from the bakery are these fine cobbled streets and colonial buildings, pictured below. 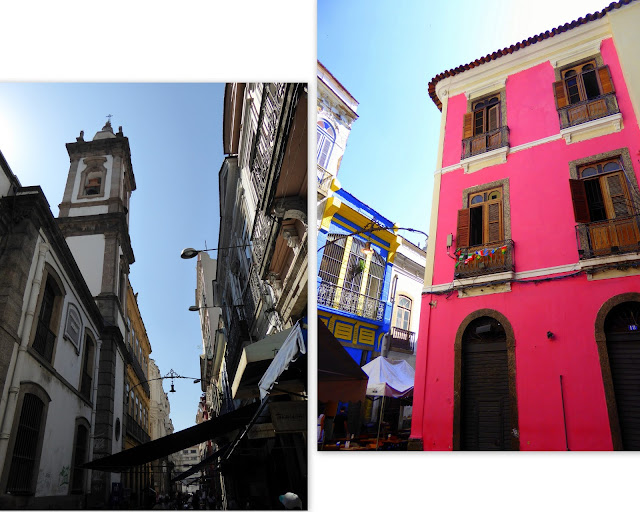 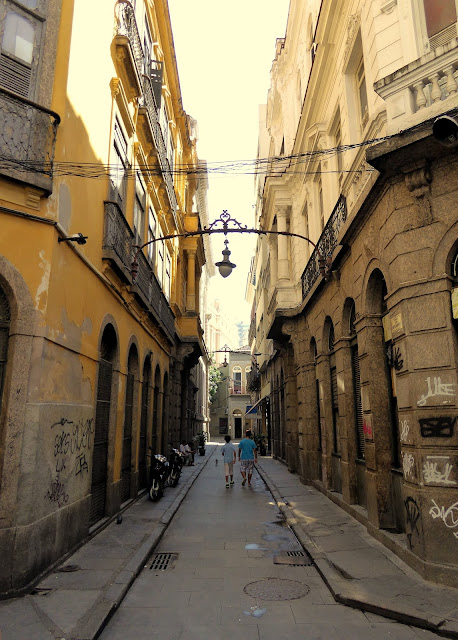 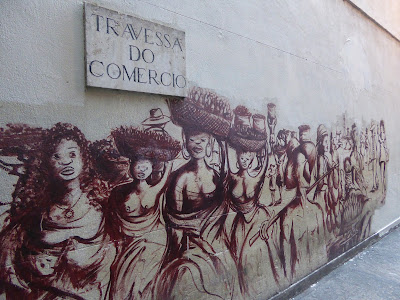 This little street was famous as a market back in the day. When the Portuguese opened the port to the British, we decided to bring thick wool fabric to try and shift in exchange for a six-pence. Obviously no-one had googled the weather systems in Rio back in the 17th century. They must have sold less than Woolworths.

We walked about and saw the Imperial Palace (top left), Tiradentes Palace (big photo underneath), Cinelândia, Municipal Theater (bottom right) as well as some other cool cathedrals, churches, and political buildings. 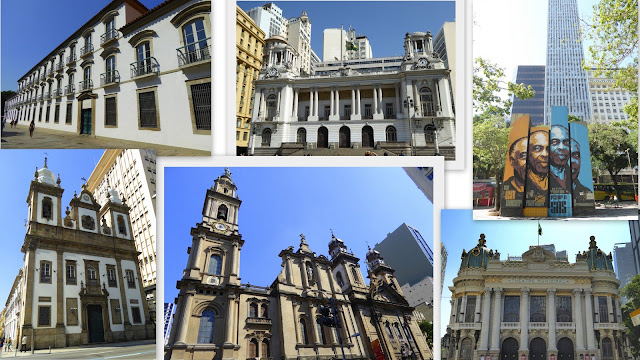 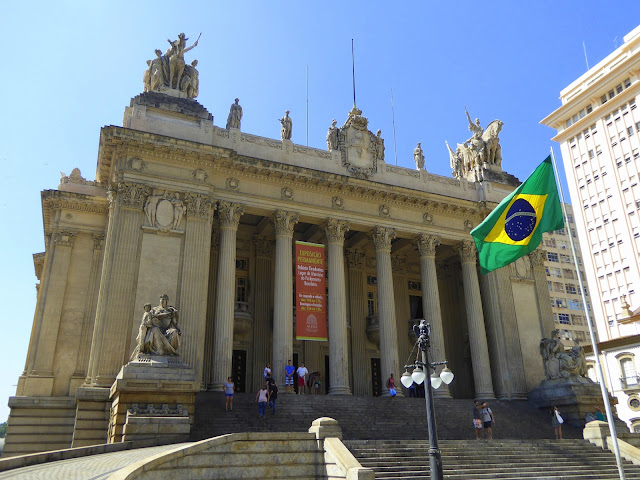 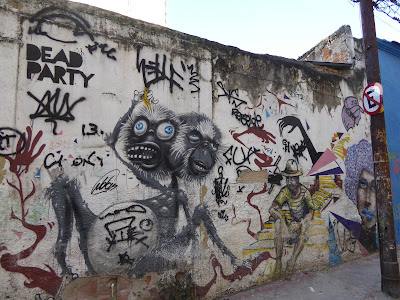 The Selaron Steps were next on the tour and along the road towards them we caught some great graffiti.

The steps (Escadaria Selarón) were designed by the Chilean artist Jorge Selarón. What started as a hobby, quickly turned into an obsession, and was soon being internationally recognised. People sent him tiles from around the world. Can you spot any recognisable faces (besides us)? 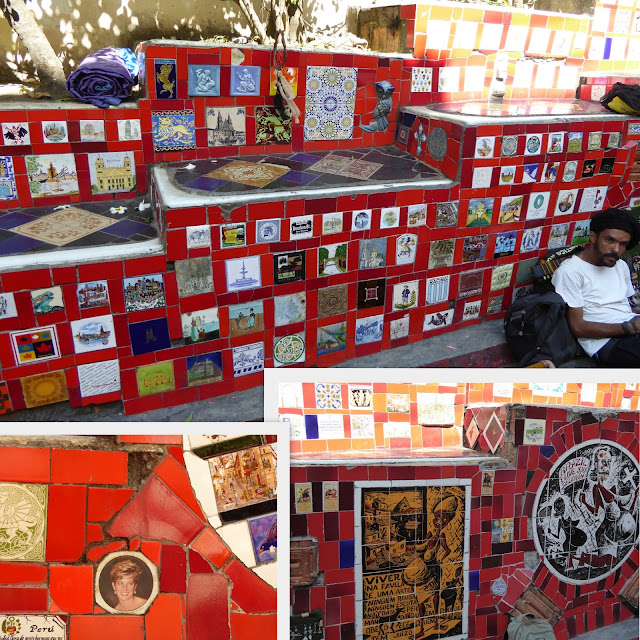 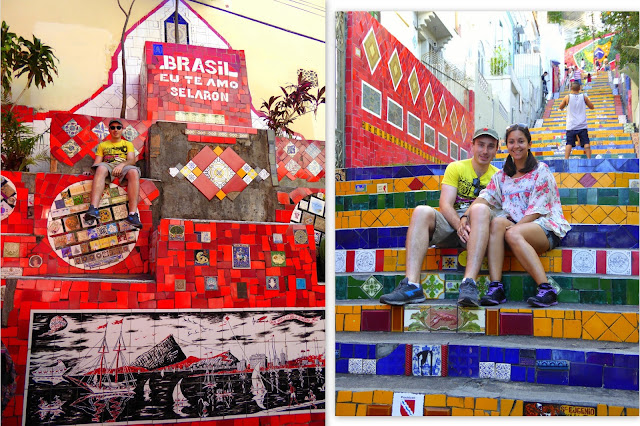 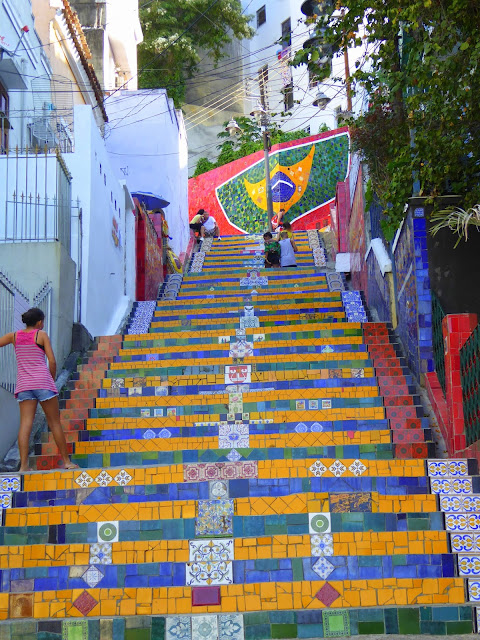 The walking tour finished here but we weren't finished. After grabbing a well deserved juice and meal, we took to the surrounding streets of Lapa - a popular area for bars and such. The famous Lapa Arches are below. Absolutely beautiful. 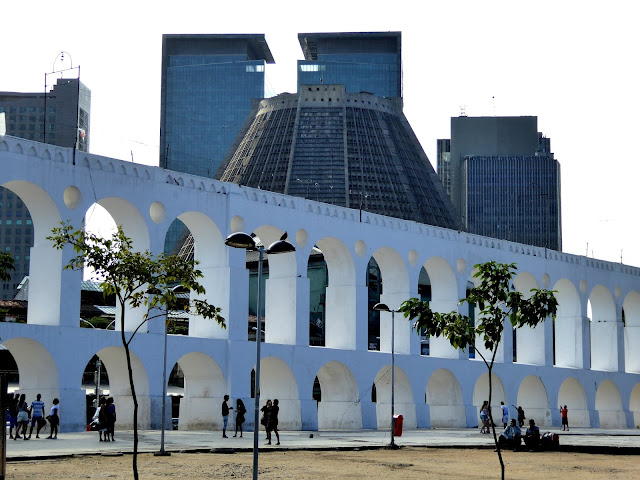 We walked round a nearby Saturday antique market and saw the bar above with some more cool graffiti. Being Brazil, there is of course always music and dancing.  I really love this photo below. 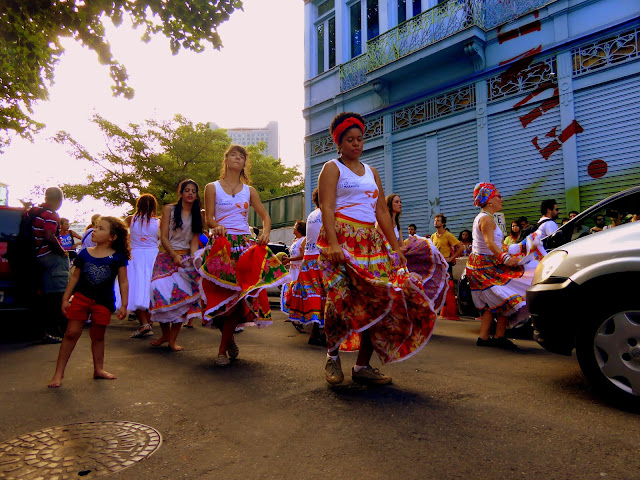 We finished the day with a trip to Arpoador, a rock in between Ipanema and Copacabana beaches. It was a great way to finish a great day, watching the sunset behind a mountain. We even took a new banner photo for the blog. 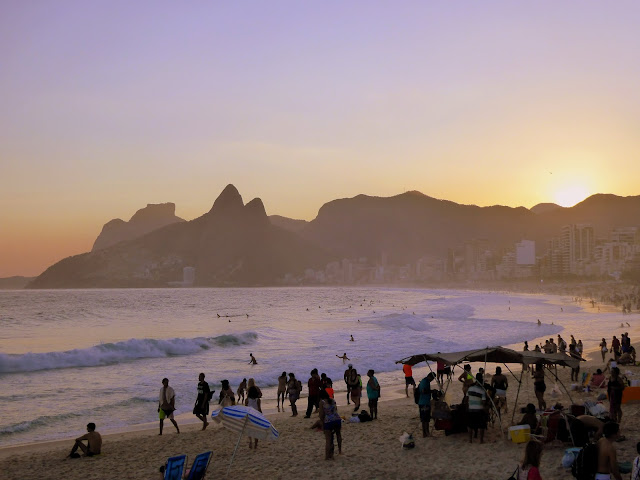