So what else did we do in Tokyo besides celebrating false birthdays? Me, Katie and our tour guide Toshi went to Akihabara – the electronic district. We saw a huge queue to an arcade and decided to take a peak… 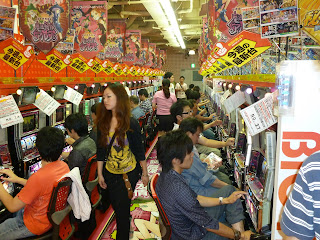 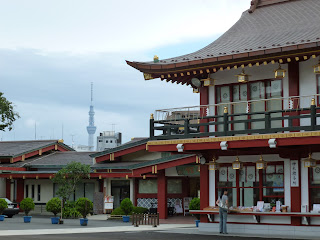 Followed by a little trip to Takeshita street full of funky shops and the nearby bridge full of even funkier shoppers. 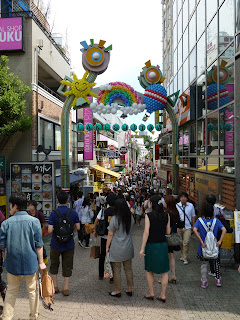 Toshi and I saw a Japanese garden while Katie looked at some dresses. 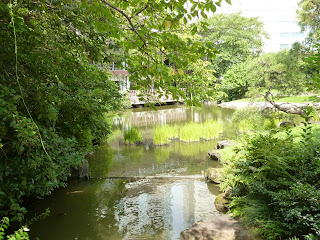 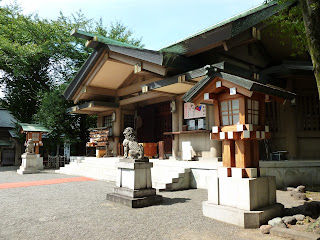 We then went and saw lots of fat men in nappies try to push each other out of a circle of sand – commonly known as Sumo.
Watch in HD!
There are a lot more videos on my youtube account. 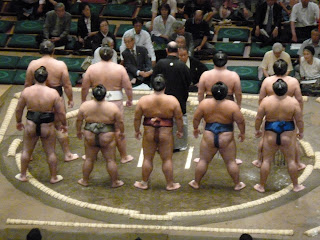 If a night of watching fat men grapple with each other wasn’t homoerotic enough, we then stumbled across the most extravagant Hello Kitty store ever. It was fabulous! 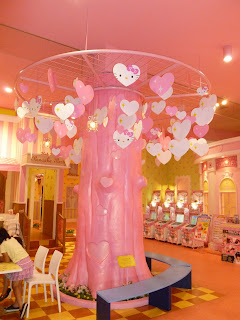 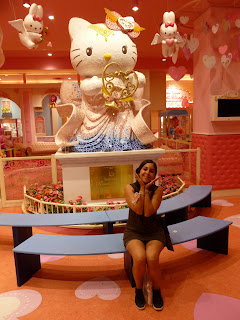 We finished the night by going round a Ferris wheel and saw the city at night, (I didn't really see it because I was too distracted by the impending sense of doom that I always feel when I'm more than 2 meters off the ground. It was horrible) which was spectacular… or generic, as all major cities look the same at night. In fact I feel so strongly about this that I vow to never go up a tower or round a Ferris wheel again to see a major city at night. A side note but look at this photo taken by NASA of India at night during Diwali. 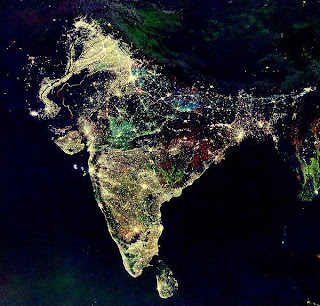 We’re gonna finish with a quick sprint of our last two days. We went to another temple, which was really beautiful.
Actually, in Japan they are called shrines, since they are more spiritual than religious, and I personally found them much more calming and contemplative than the Buddhist temples we've seen so far in Korea and China. There were lots of interesting things going on, including a big thing with smoke coming out, that people were patting all over their bodies to get rid of evil spirits. 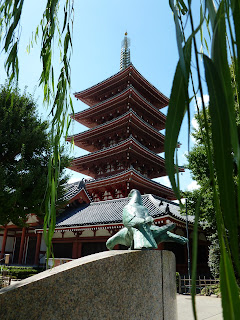 Then we went to a cool market to look for goodies!! 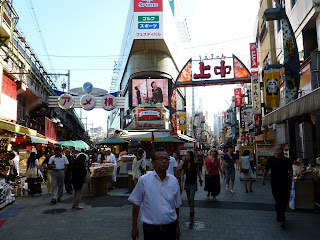 Went to a park with a lake and saw an incredibly strange mime. 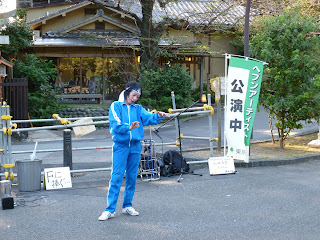 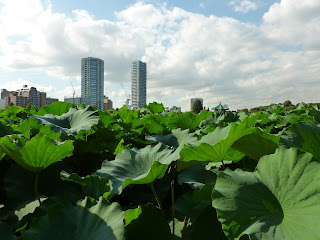 After, we had a look around the business area called Tokyo Midtown in Roppongi, and it was full of tall buildings. 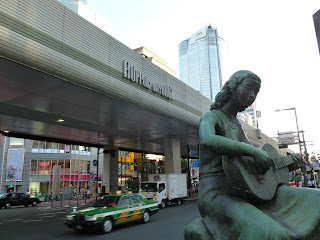 And we finished in Shibuya to do some people watching…
I would like to finish by saying that you should not fly with a cold. I did and I lost hearing in my right ear for over 10 days. However during the flight, we did snap a few photos of clouds as it was a lovely clear day – helped me forget about my troublesome ear!
And the several free beers that I had helped me ignore Dave's moaning about his troublesome ear. So all in all a lovely time was had by all :) 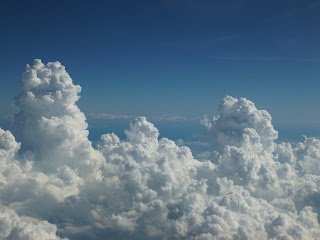