Norway in my Mouth

I'm not going to beat around the bush - Norway is expensive. Very expensive. And so we ate very little that we didn't cook ourselves in Jadz's uni halls kitchen. Our diet for the week consisted mainly of eggs for breakfast, cheese, salami and lettuce sandwiches for lunch, and then spaghetti, tuna and pesto for tea. But we did have a few tasty treats because we were on holiday, after all!

I'm going to buck convention here and put the best first, rather than last, because I just need you to know about this if you don't already. Brown cheese, or Brunost, as the Norwegians call it. This is one of my top culinary discoveries of the last four years, having first tried this caramel-like cheese when Anita made traditional Norwegian waffles and brown cheese for me and Mum one morning in Salt Lake City. The cheese has a long history, and is made from goat's milk and whey, which are cooked down until the sugars in the milk caramelise. What you're left with, after hours of boiling, is a cheese which is rich and moreish, savoury and sweet and very addictive. It pairs perfectly with cardamom-spiked waffles, as pictured below. We only had them once, from Jadz's favourite bar in Bergen, which was super quirky and very studenty, but a pint still cost a fortune! 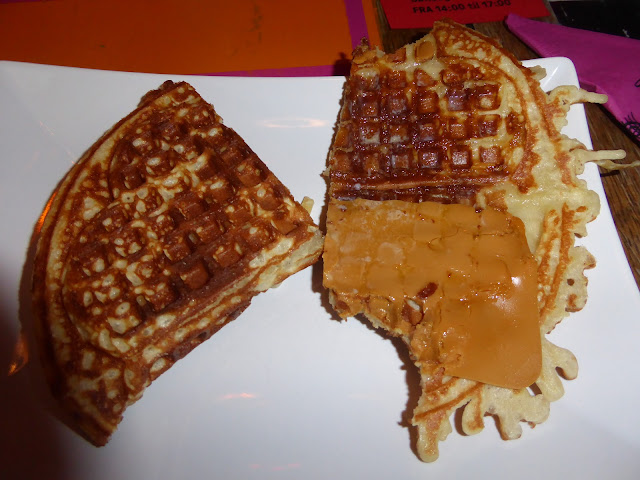 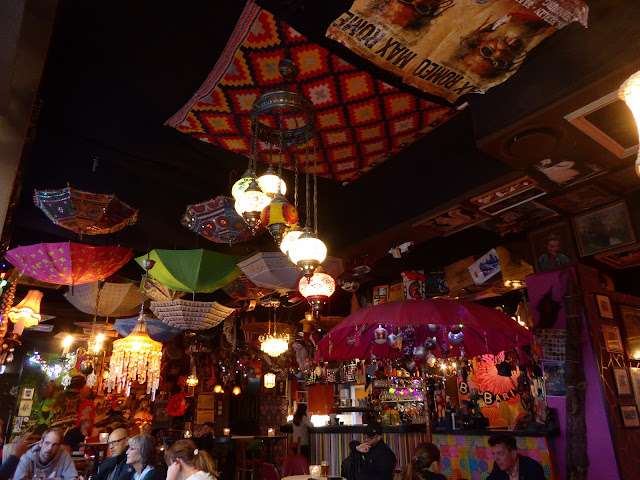 As I said, we made a lot of our own food and below is the mega-sandwich we made in the beautiful cabin in the mountains. For dinner that night we had the usual spaghetti, tuna and pesto but prefaced it with two whole litres of tomato soup from a packet. These culinary delights were paired with more than a couple of glasses of vodka and orangeade. What a feast! 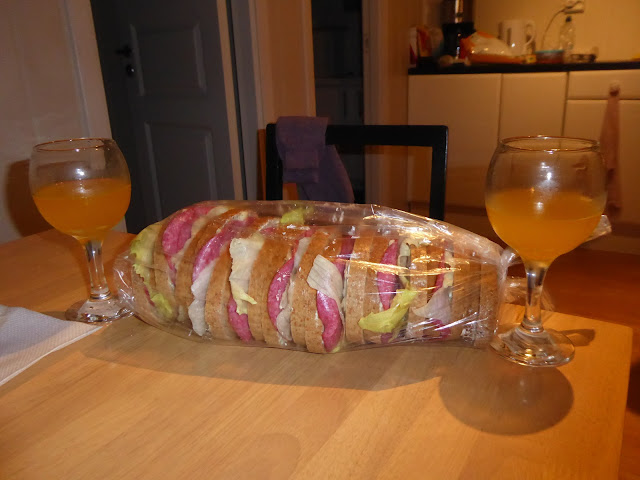 I feel I need to give another shout-out to the sandwiches of the trip, whose company we enjoyed in some spectacularly beautiful places. 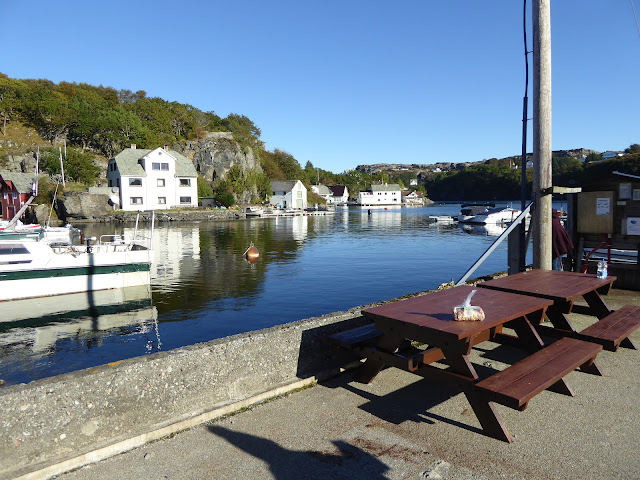 Seven Eleven and all of the supermarkets we went in had a very tempting selection of pastries and buns. Below is a bun with a custard centre and coconut-sprinkled icing around the top. It was huge, and the ratios were a bit off, making most of it plain bun, but it was a cheap and tasty enough way to fill a hole when on the road. 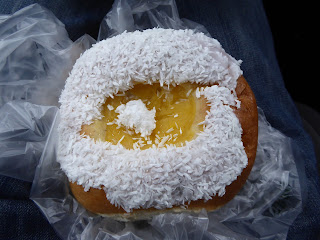 This one, on the other hand was a delight - my absolute favourite pastry - the cinnamon bun. Now the ones we got were all a lot breadier than the ones we had in Sweden, so again, the ratios were a bit off but I can't be anything but happy when I'm eating something cinnamony. 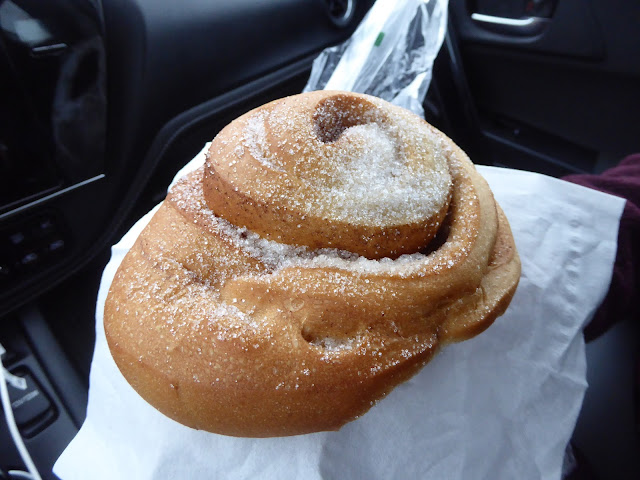 Finally, we had an extravagant meal in Bergen's fish market. Jadz and I had salmon burgers, and it confirmed that I am not a big fan of salmon. But the chips were nice and the burger had lots of nice garnish. 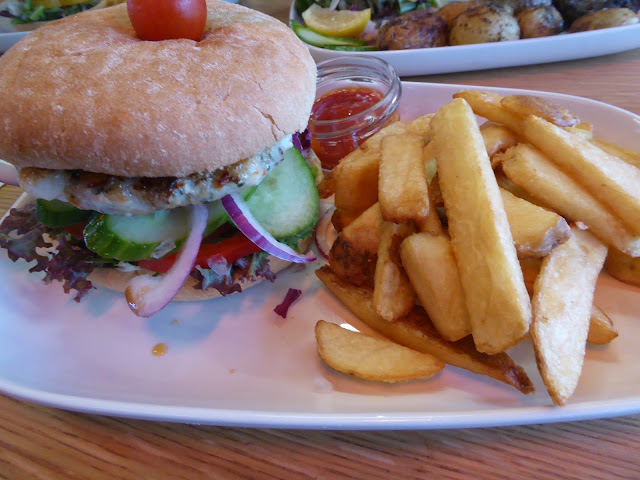 And Dave went full Norwegian and got a whale steak, which I'll let him tell you about...

Having a Whale of a Second Time

Avid fans and disgusted vegans might remember the time I ate whale in South Korea. It wasn’t very tasty and I felt a little guilty about the experience. 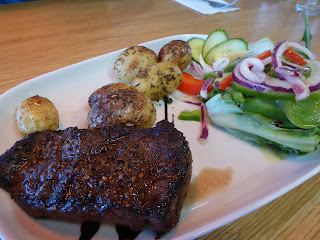 This time, eating whale, I enjoyed the meal a lot more. These legally caught, non-endangered whales are commonplace in Norway, despite some people being offended by the brutality of it all. The steak was very similar to liver in taste and texture. Softer than beef of chicken so more like a fish texture wise but with this strong liver flavour…

I felt less guilty than when I tried whale in Korea so either my moral standards have declined or the sustainable fishing method was more agreeable to my pallet. Or the deliciousness of this meal compared to the Korean meal made the whale’s sacrifice worth it. Either way, I’d recommend it to anyone with questionable morals like myself. The things I do in search of mouth pleasure.

Email ThisBlogThis!Share to TwitterShare to FacebookShare to Pinterest
Labels: Spain, In My Mouth, Weird and Wonderful Food, Food and Drink, In My Mouth, No Food, Norway, Whale
Newer Post Older Post Home