We have recently had the opportunity to take advantage of our young(ish) bodies, free time, nice weather, good friends, and the motivation to do some exercise and be more active. We have been using the BikeRio bikes, which are the bright orange Boris Bikes of Rio, to travel around our local area of Barra. Katie has been cycling to the shops and back and I have been waking up Saturday mornings to go for long cycles, like some kind of guy who cares about his fitness.

The joy of cycling where we live is that there is a dedicated two-lane cycle path, completely separated from the mayhem of the Carioca drivers. Carioca is a term used to refer to a person from Rio. The cycle lane runs alongside the longest beach in Rio and is a great place to watch the sunrise, the sunset, and the bums of every beach goer – old and young. It truly is spectacular. The BikeRio bikes cost R$10 (£2.20) to use as much as you want for a month and the best way to use the system is with the app (for all those interested – do not use the telephone system, it never works!) There is also a docking station right next to where we live so it is a very convenient and cheap way to get around the neighbourhood. There are stations all over Rio and the same concept is used in some of Brazil's other larger cities.

A few weeks ago we were invited to a friend's house in Recreio (west of Barra) for a classic Brazilian barbeque. It was around 13km away, straight along the beach, so we decided to cycle...during the hottest part of the day. Wow that was a mistake. Not only were we both shattered, red and sweaty by the time we arrived at the party but we also both got sun burnt to varying degrees. Yes, mine was significantly worse than Katie's, considering the paleness of my skin. I remember when being pale was a sign of beauty in South Korea. Here it is like a crosshair on my white back, while the largest object in the Solar System is hunting me down ready to paint it red. The week that followed involved a lot of after-sun and a vow to always wear P20 and never to rely on any of the other SPF 50 we brought with us. Damn you Hunter Sun.

Although the cycle was tiring and hot, it certainly was entertaining. We saw a lot of cool birds, mainly in bikinis on the beach, but also the flying kind.

The barbecue was great and Katie got to meet the other cool grads that I work with. We don’t have any memories, I mean photos, of the event but it was a fun way to spend a Saturday evening with some truly smashing people.

A few weeks later and we were back on the orange wagon, cycling around Barra in an attempt to buy dinner, beer, and supplies for the hike we had arranged for the next day. The hike was up in Alto da Boa Vista (roughly translated as “top of the good view”) and the experience truly lived up to the name. We went with two guys from work: Thiago and Jorge. Both are brilliant and we are happy to call them friends. Thiago picked us up and we drove to get Jorge, who was of course not ready. Jorge is the epitome of a Carioca hippy. He is a laid back surfer with a great attitude to life and an irresistible charm. We could not believe his house. It was situated in the mountains in a kind of commune with other houses that his aunts, uncles, and cousins live in. His cousin had awoken once with a snake wrapped around his neck – the perils of living in Tijuca forest! Jorge also told us of his weekly task of trimming the mushrooms that grow in his bathroom plug sockets – yes we did understand this correctly...and no this is not a normal Brazilian chore.

There is a room in Jorge's house dedicated to his Grandfather's hobbies of stuffing animals and making statues. Truly unbelievable and freaky at the same time. 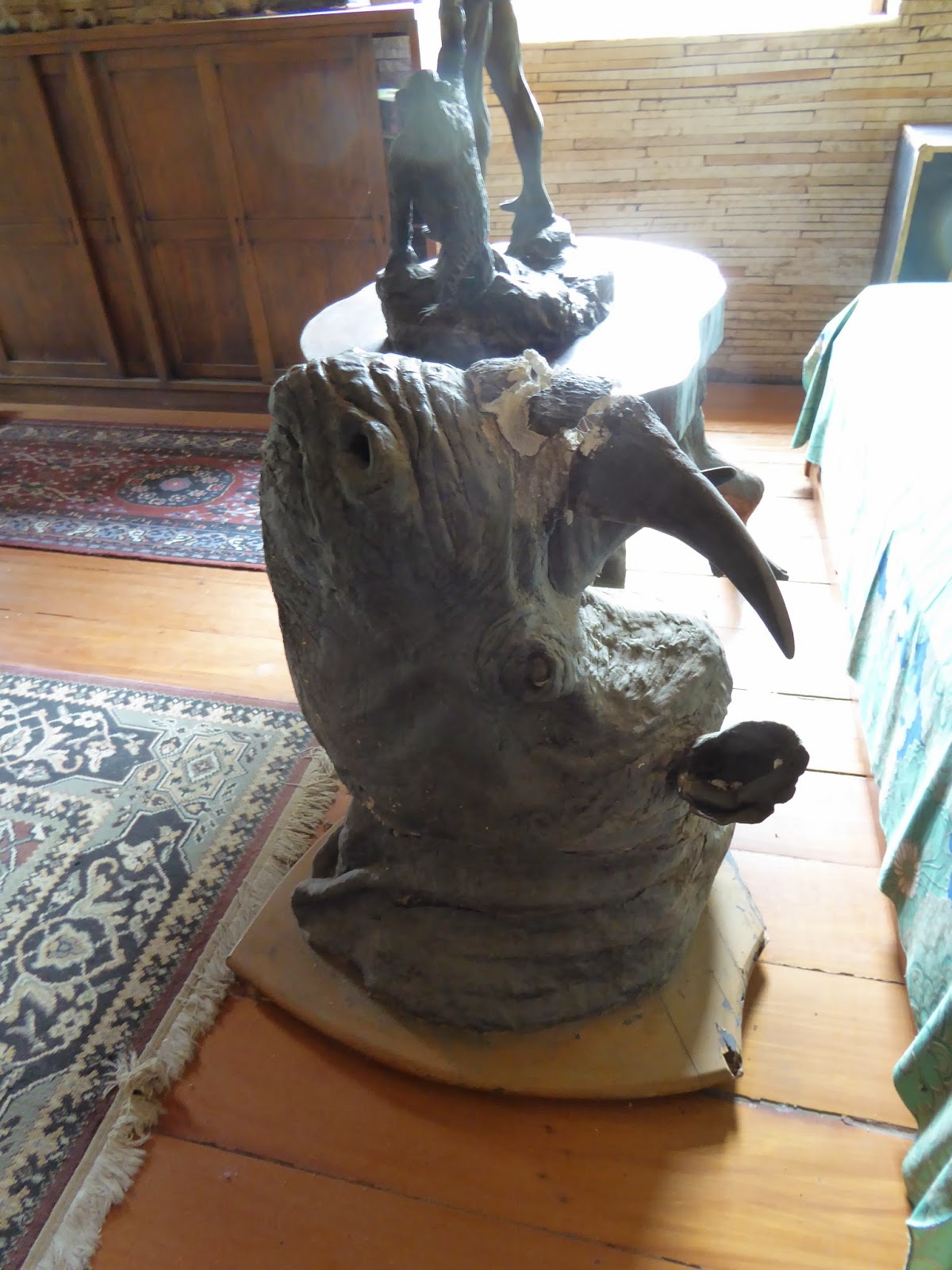 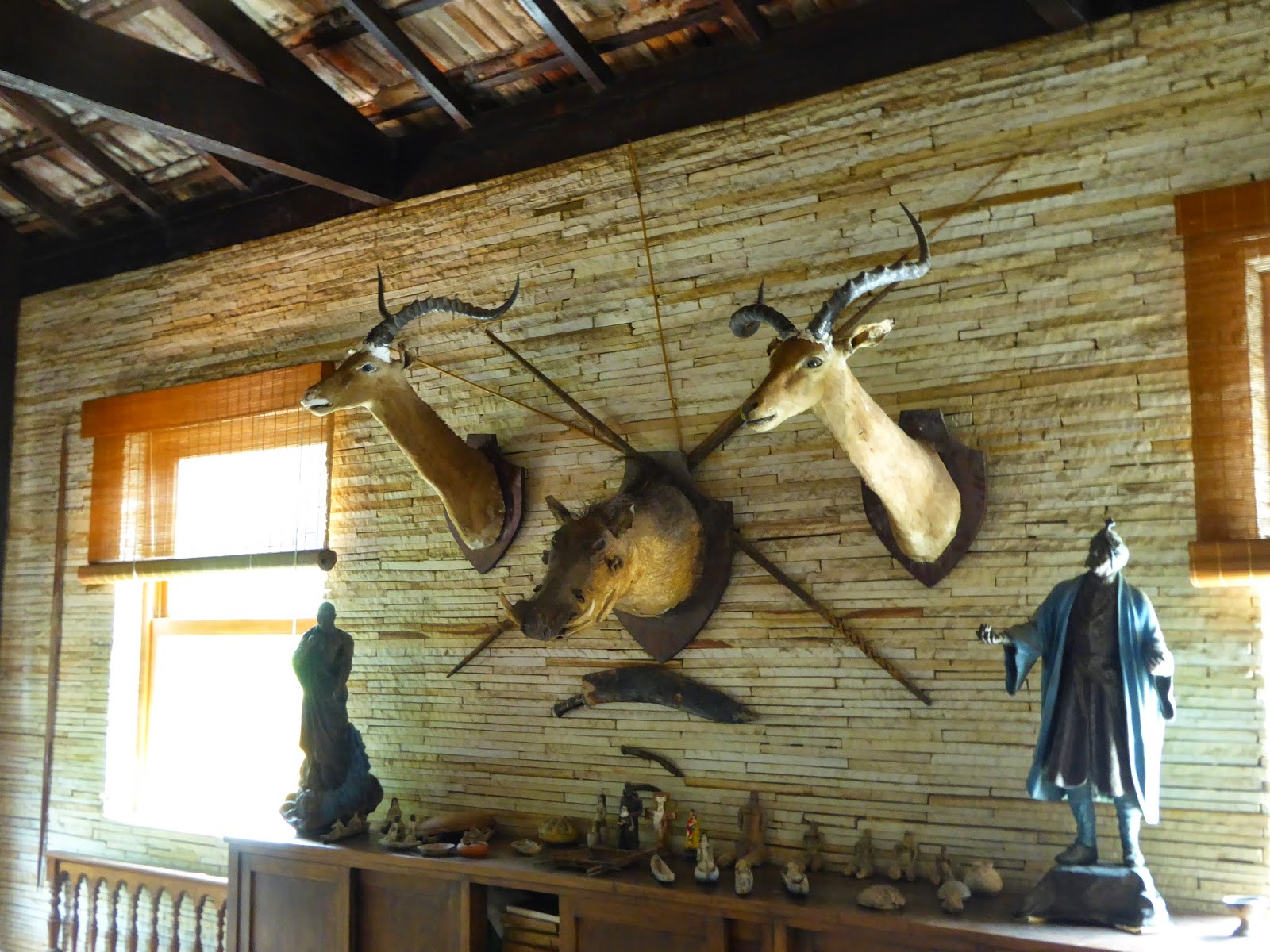 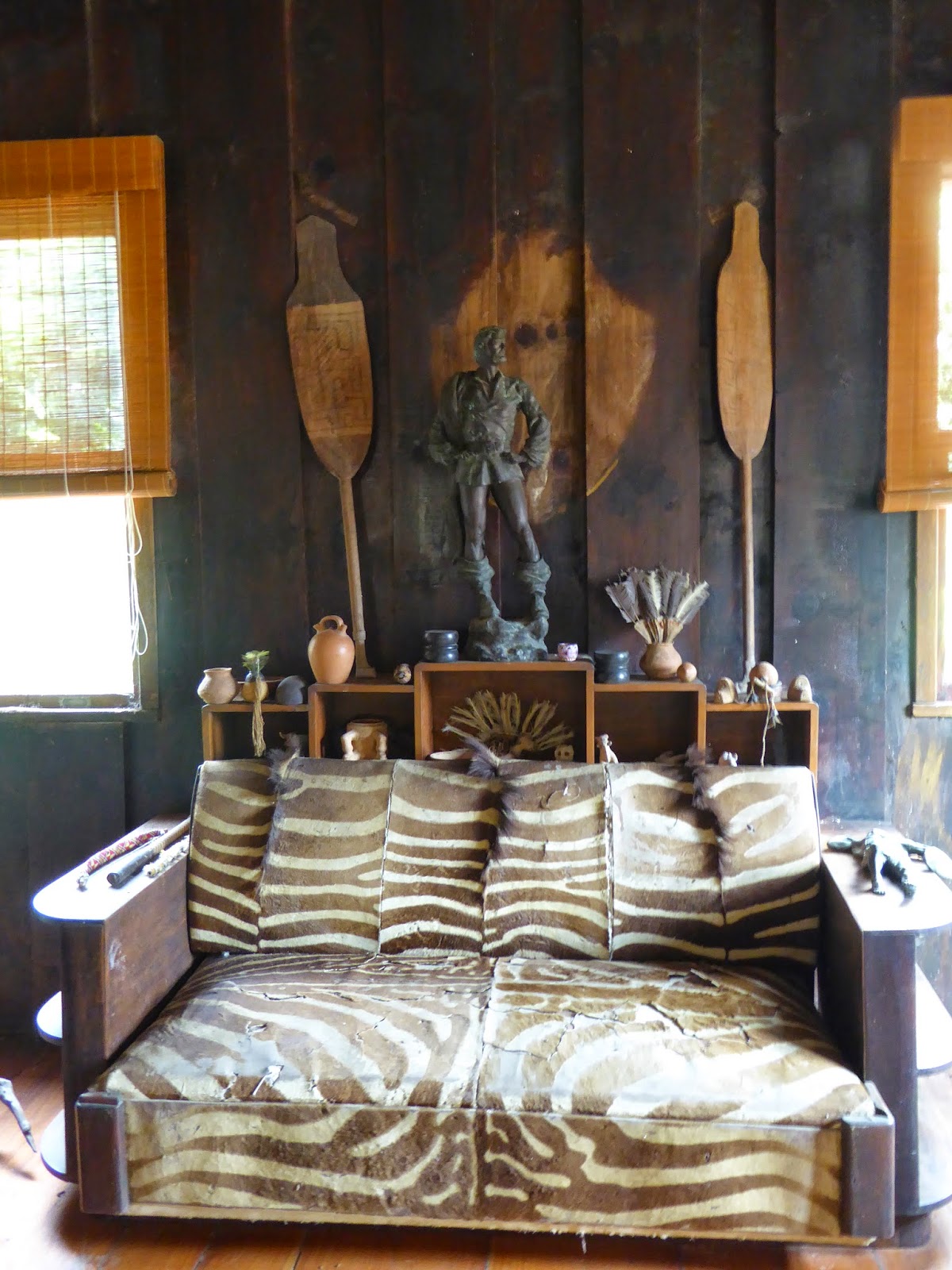 Once again we set off at around midday (when will we learn!?) but this time we had strong sun cream and the shade of the forest to protect us from the Hunter Sun. It was very humid though and sweat was pouring from the three of us, while somehow Jorge stayed dry. The Rio Mowgli has clearly adapted to the extreme humidity of the forest. 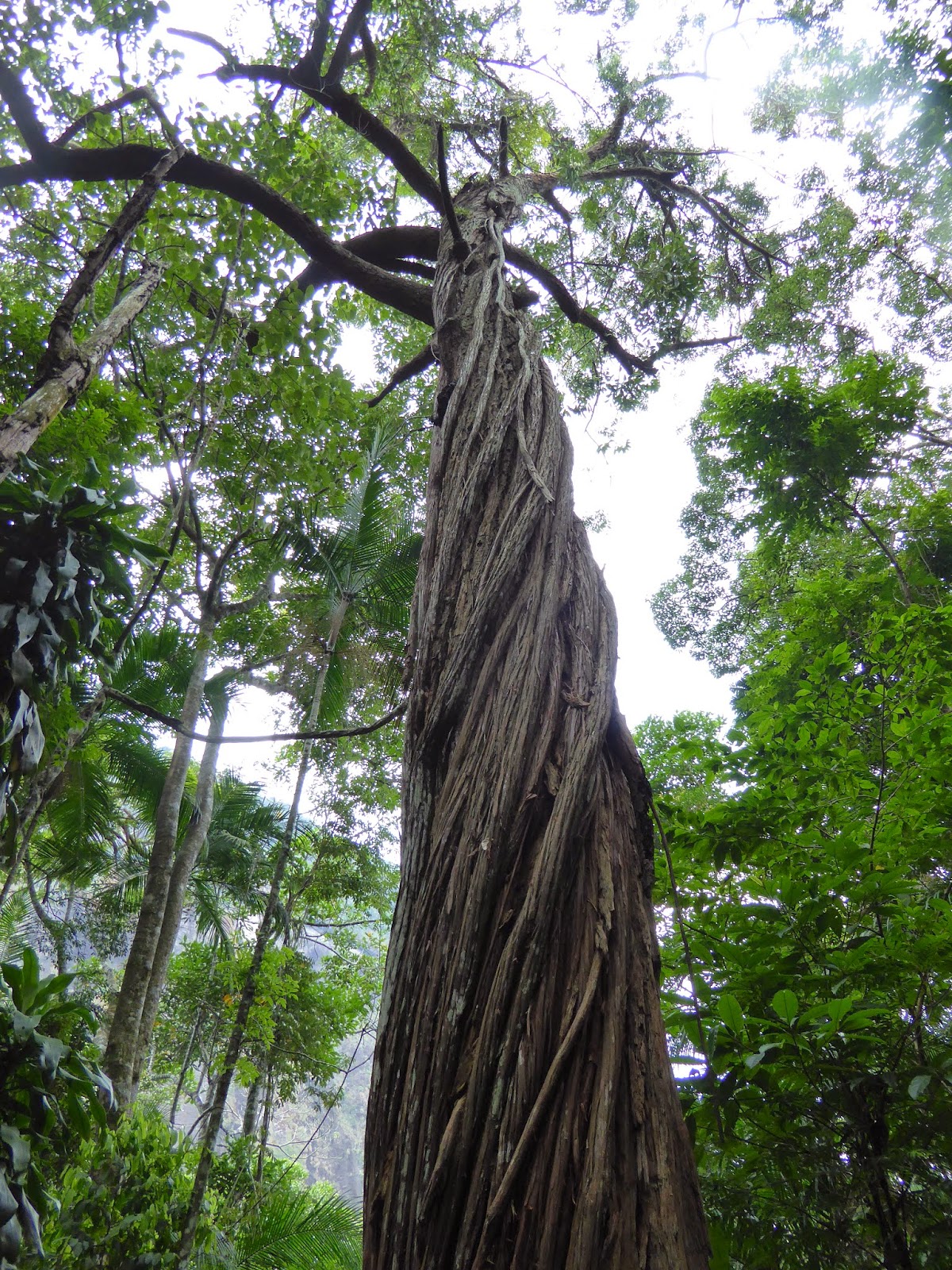 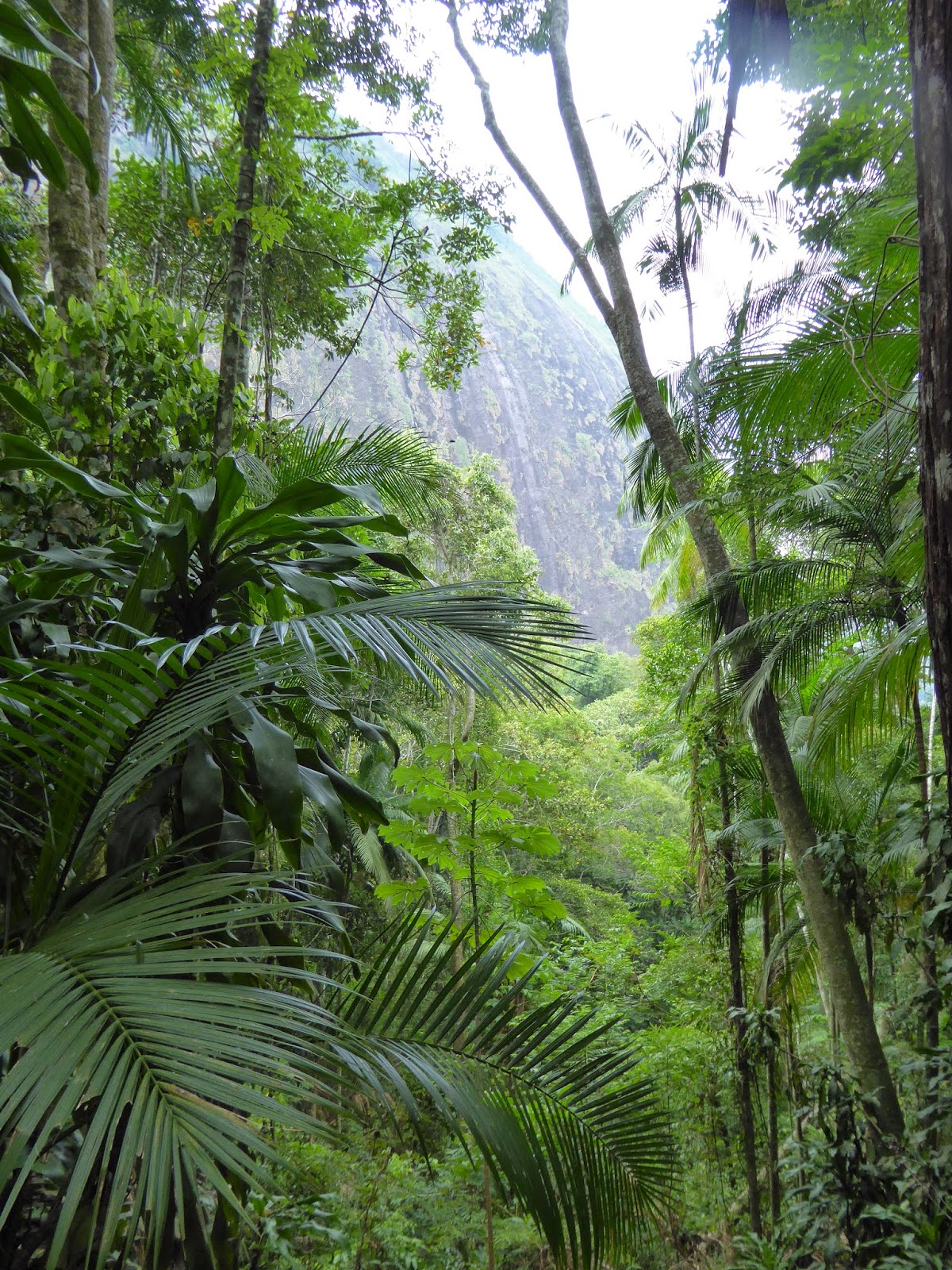 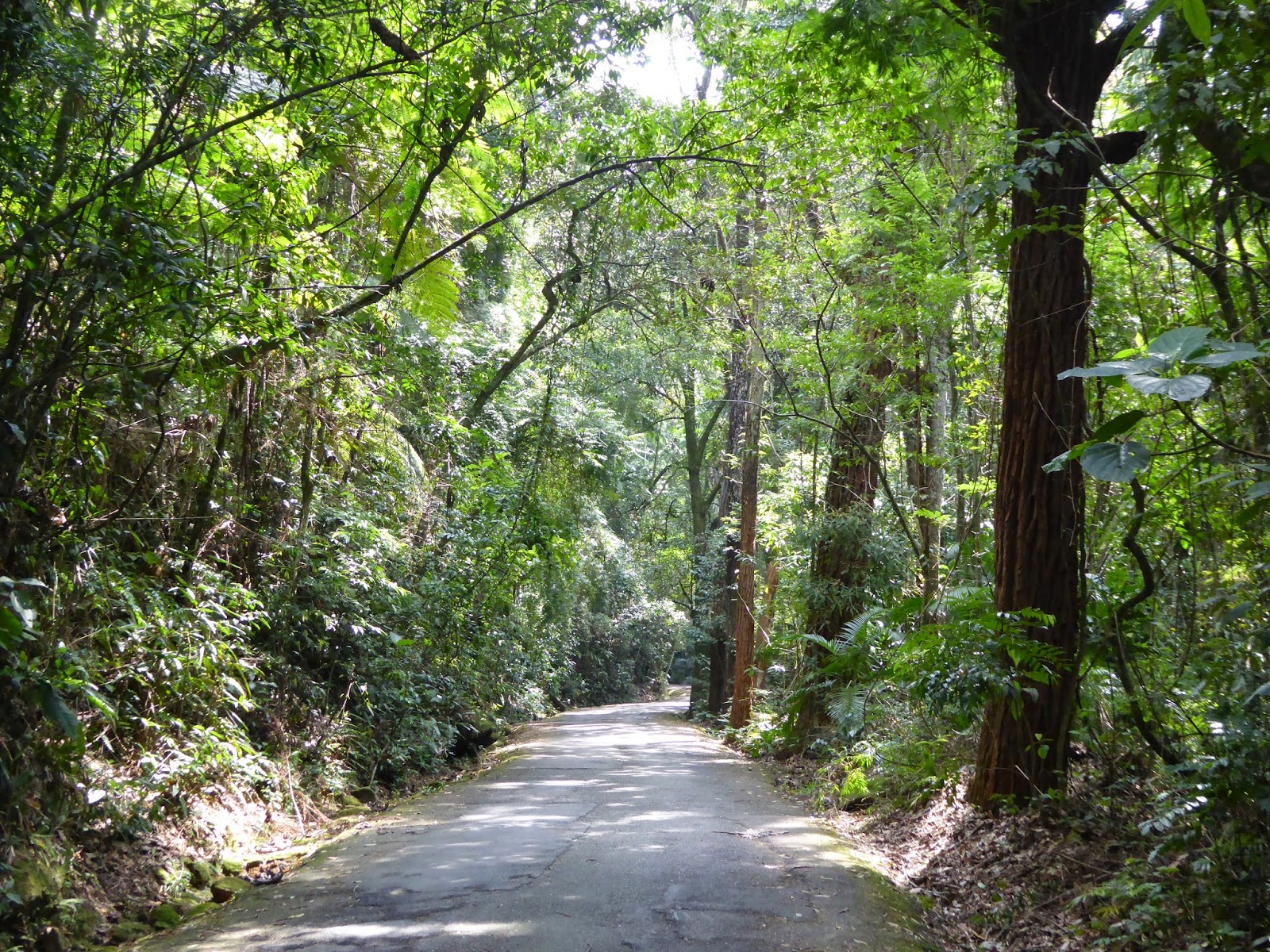 By the time we reached the first vantage point of “top of the good view” it was clear to the sweaty members of the troupe that this place would not be known as “top of the good smell” after we had contaminated the fresh mountain air. We climbed to two peaks (Tijuca Mirim & Pico da Tijuca) and both were spectacular. The first place we reached was Tijuca Mirim and it was there that I got my first peak at the two big football stadiums in Rio. The Maracanã, home to Flamengo & Fluminense, and the Engenhão stadium, home to Botafogo. 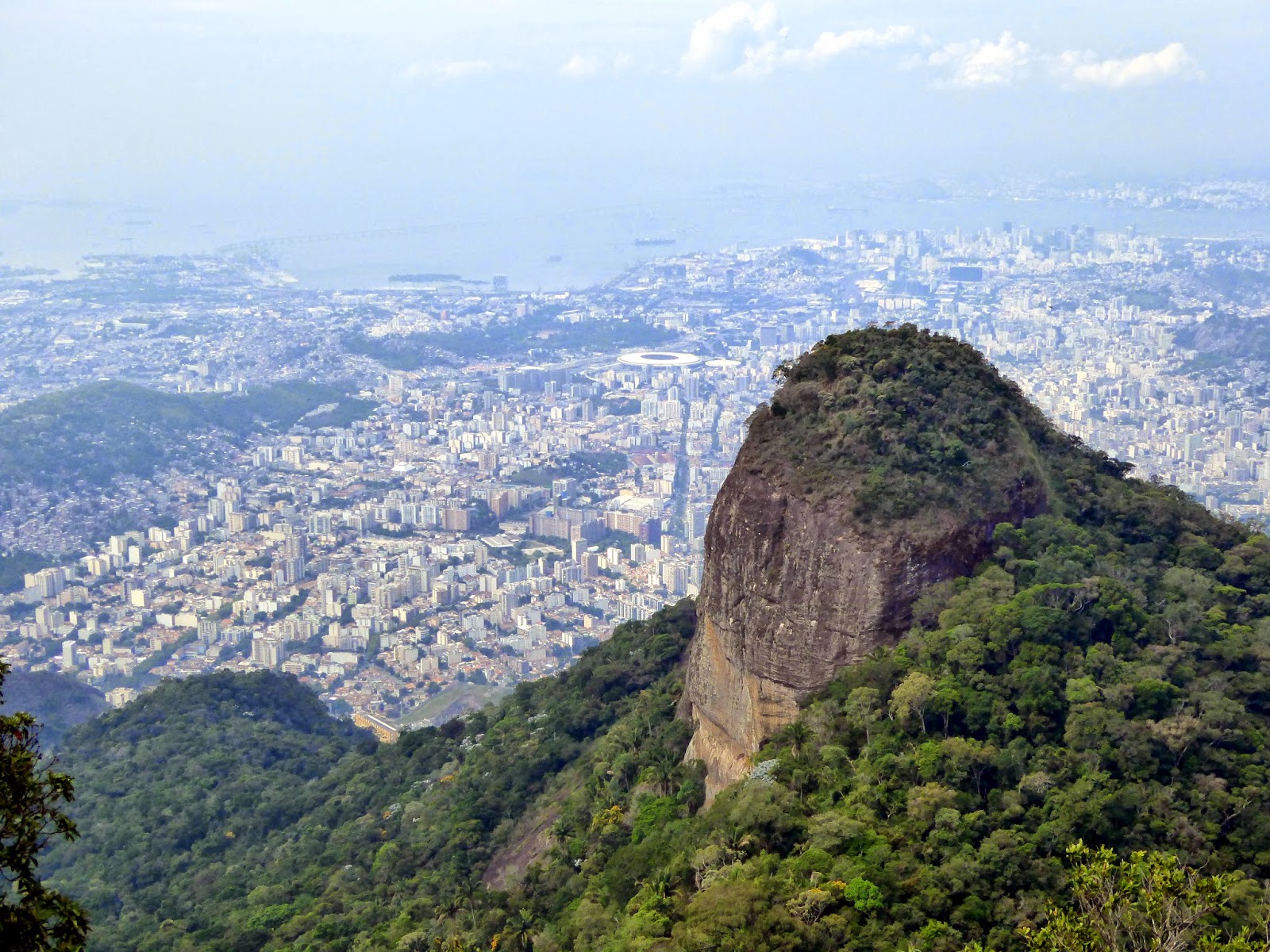 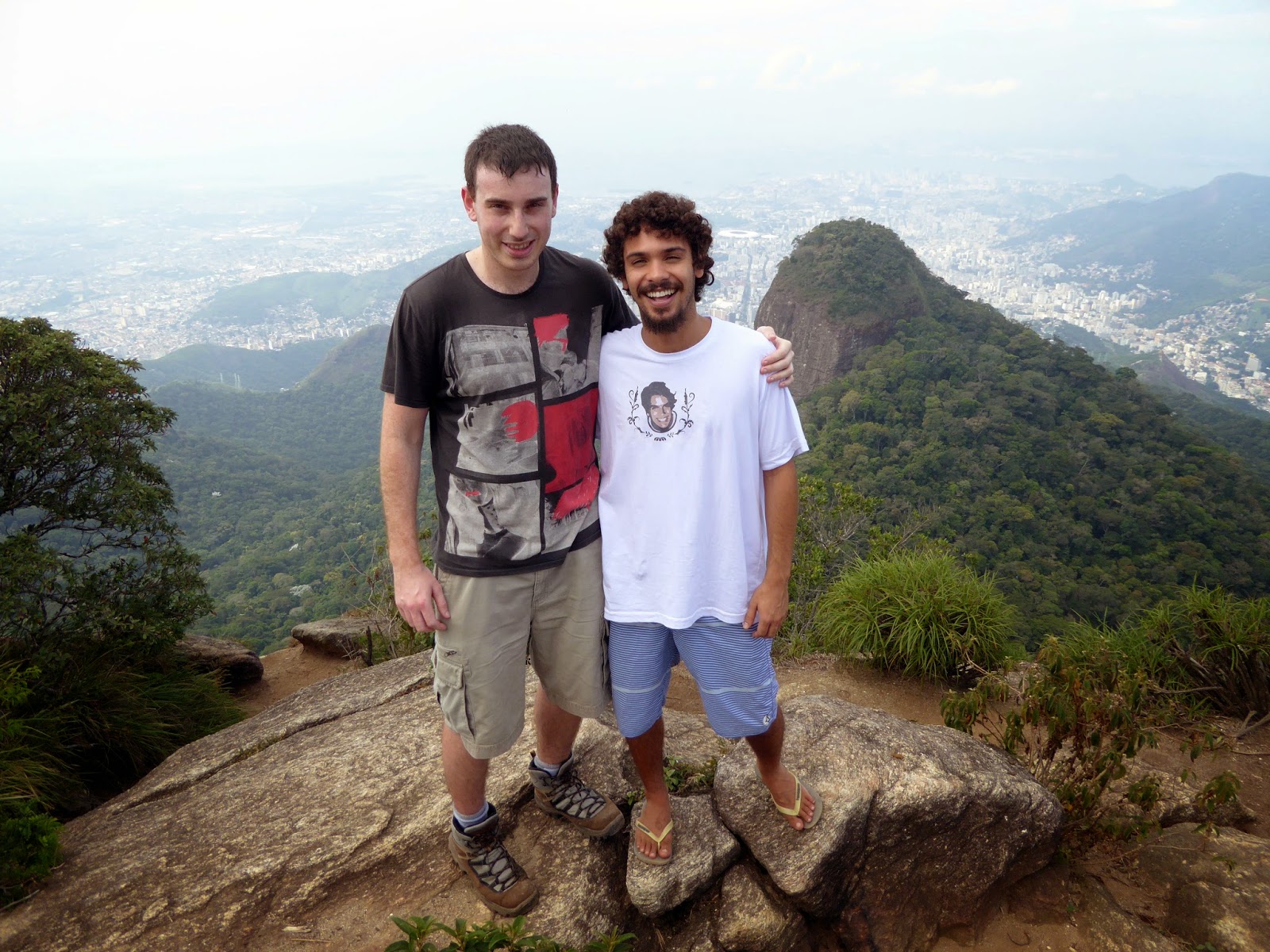 This brief stop on Tijuca Mirim gave us a good view of what was to come during the final leg of our journey to Mordor, I mean Pico da Tijuca, the highest peak in Tijuca forest. Huge steps have been carved into the rockface by slaves. Steps that were soon to be conquered by us. 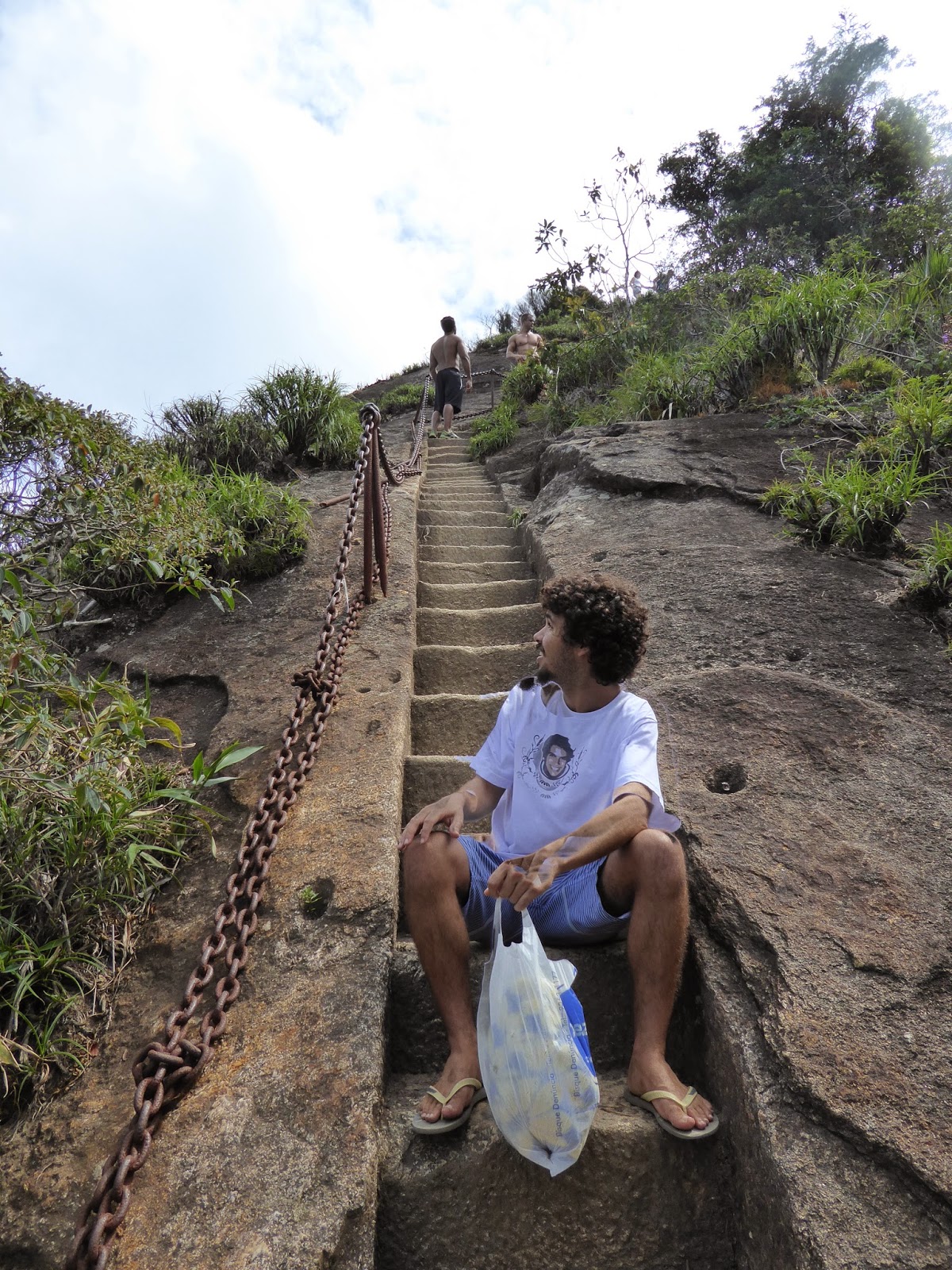 Tijuca forest is allegedly the biggest urban forest in the world, besides another one in Rio that was recently incorporated because of the expansion of the city. The area was previously used as a coffee plantation which then shrunk massively in the beginning of the 20th century. However in the second half of the century, the forest was replanted with over a 100,000 trees by Major Manuel Gomes Archer and the help of slaves (I hope Major Archer was kinder than Agent Archer). The variety of trees made this hike particularly interesting. 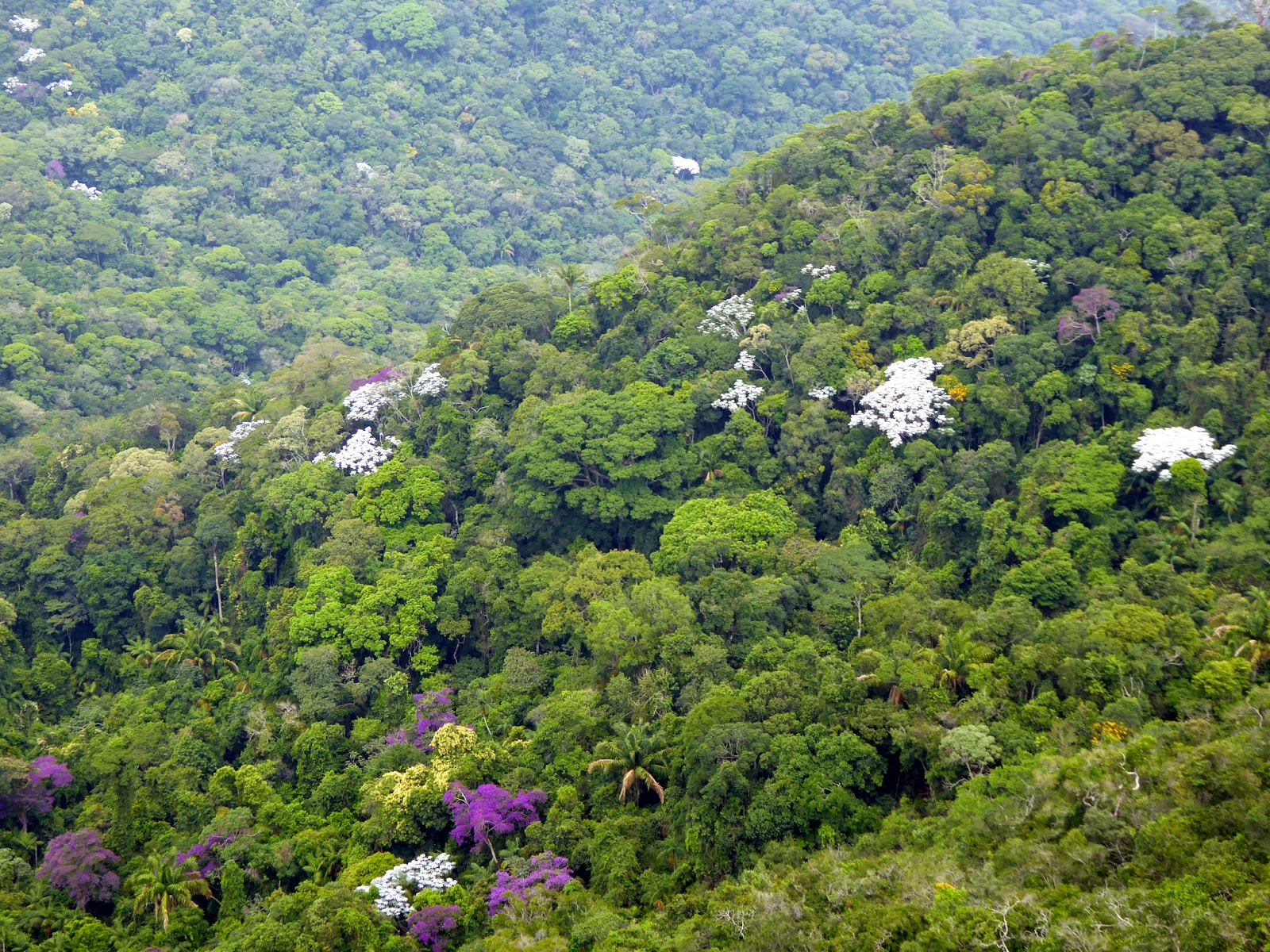 We reached the top and celebrated by sweating some more. 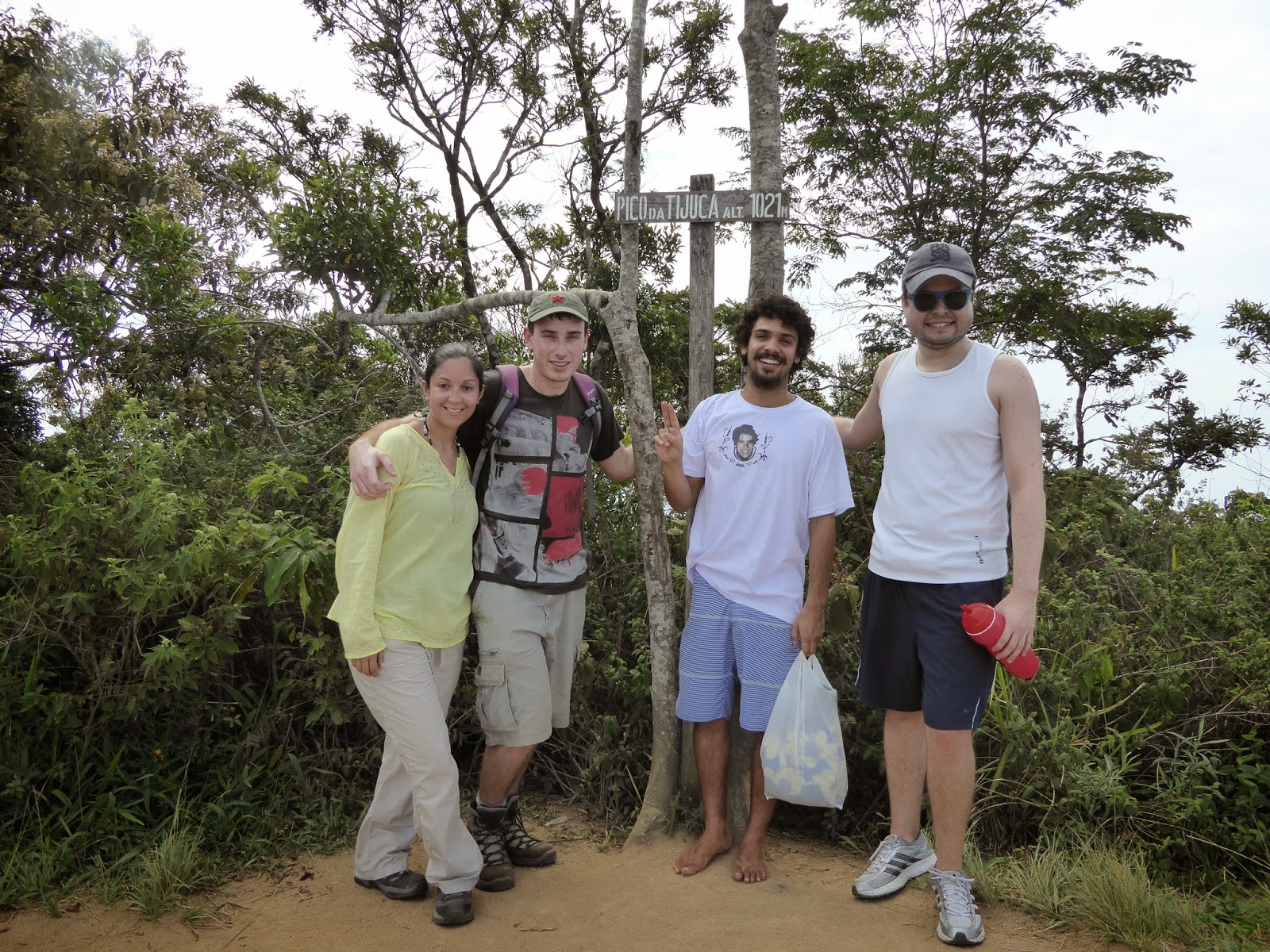 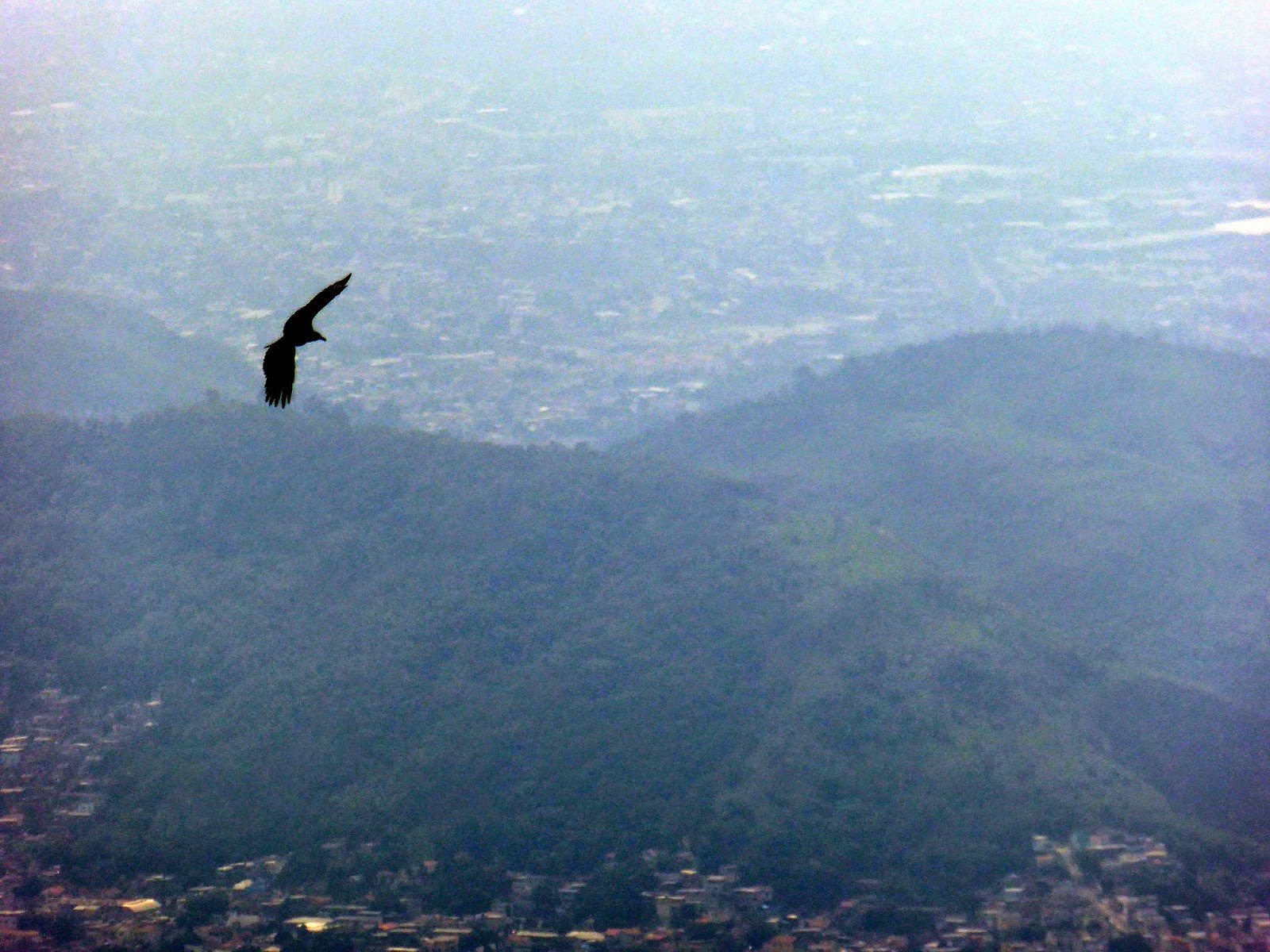 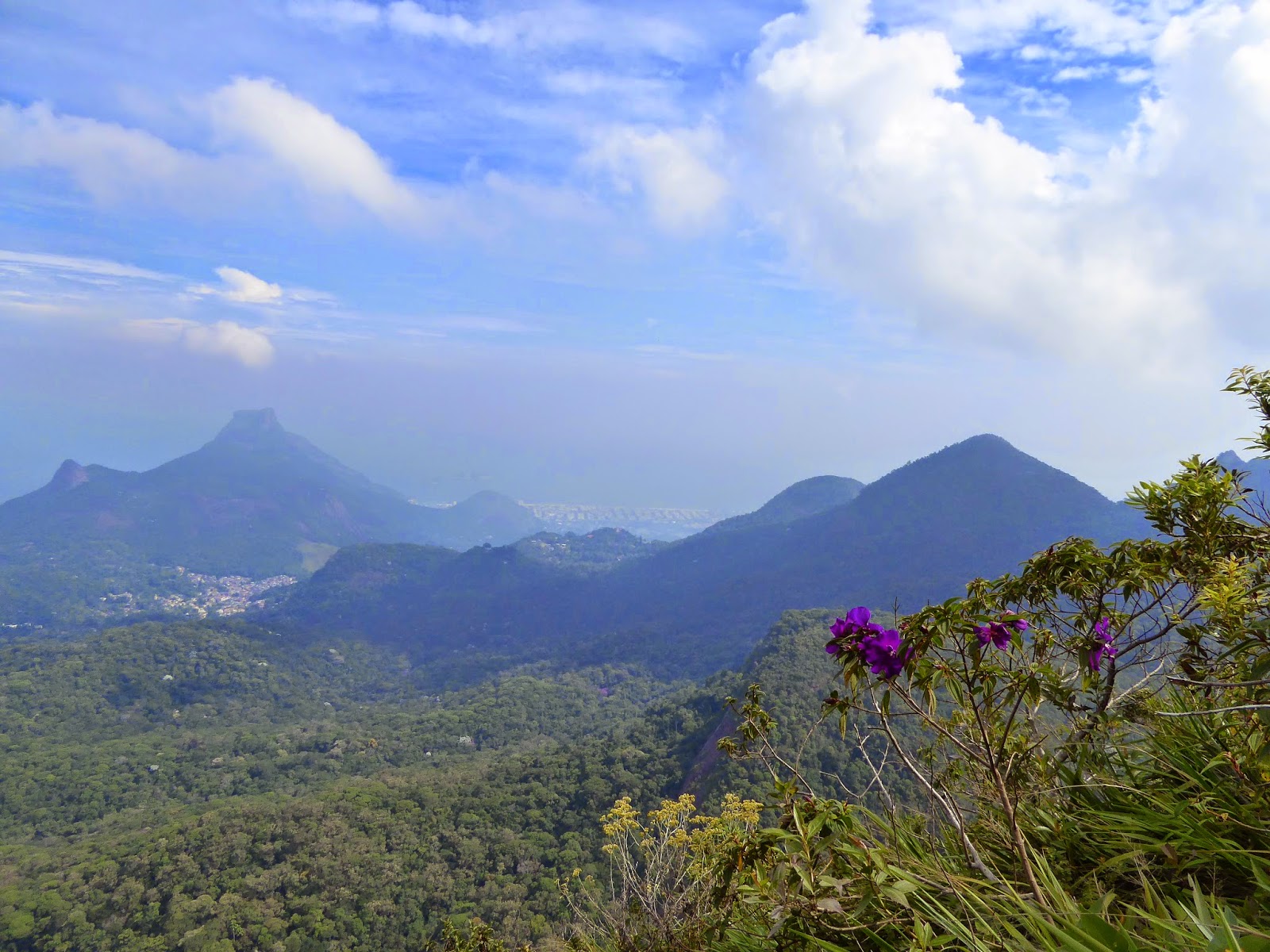 We saw some interesting wildlife at the top. Jorge was fascinated by this spider and took a video of it eating. It was a nephila clavipes, a species of golden orb-web spider. 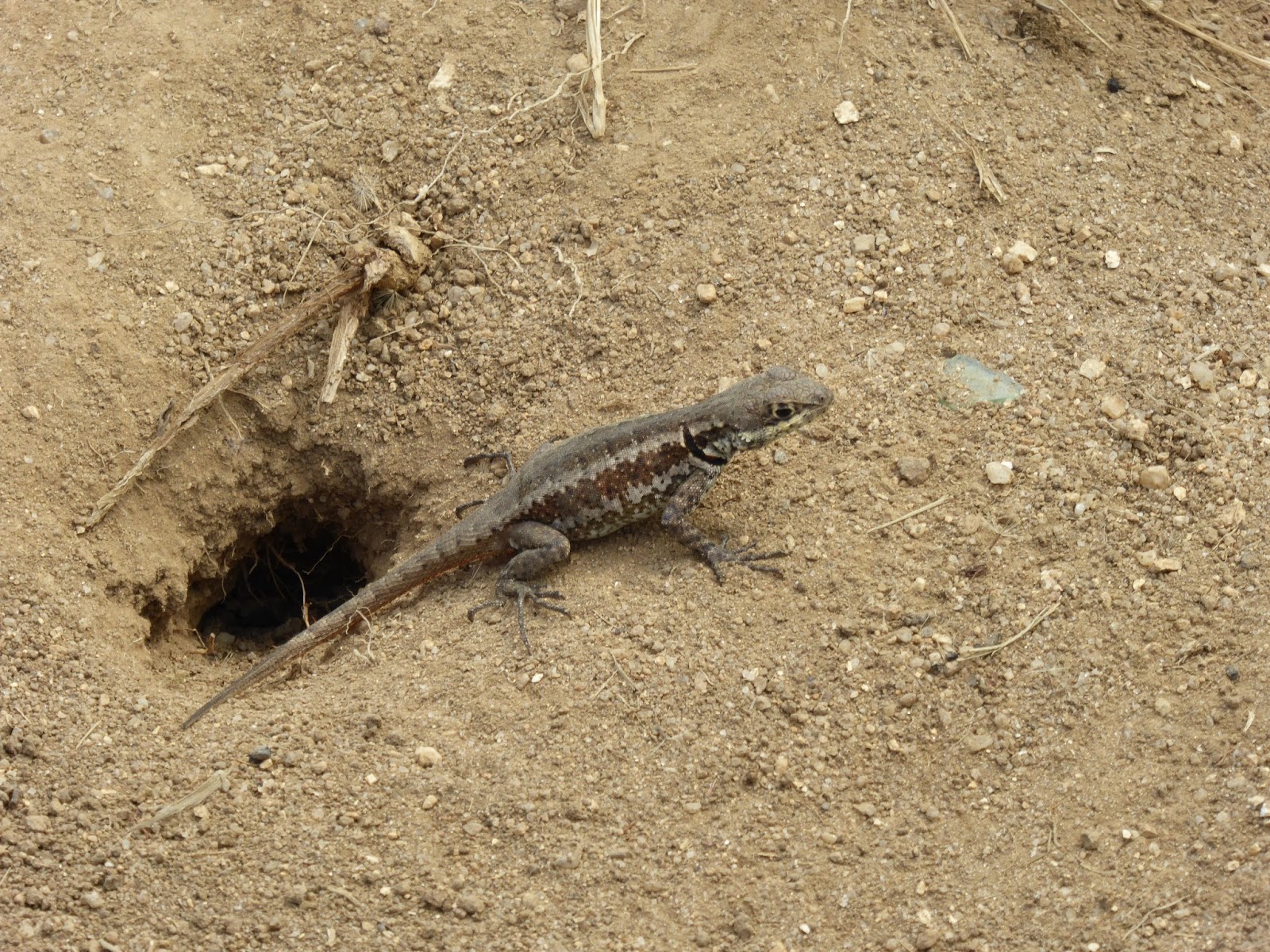 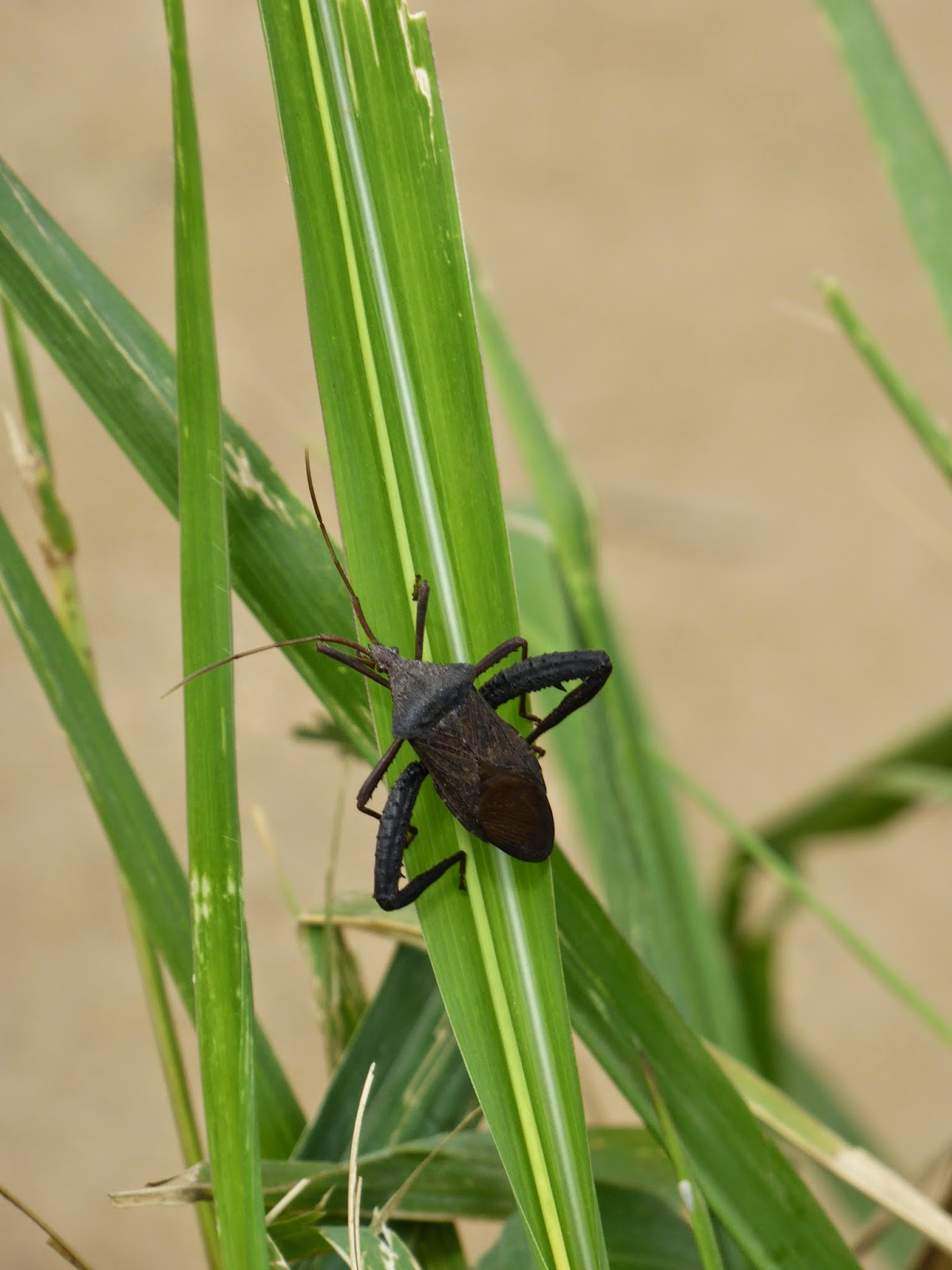 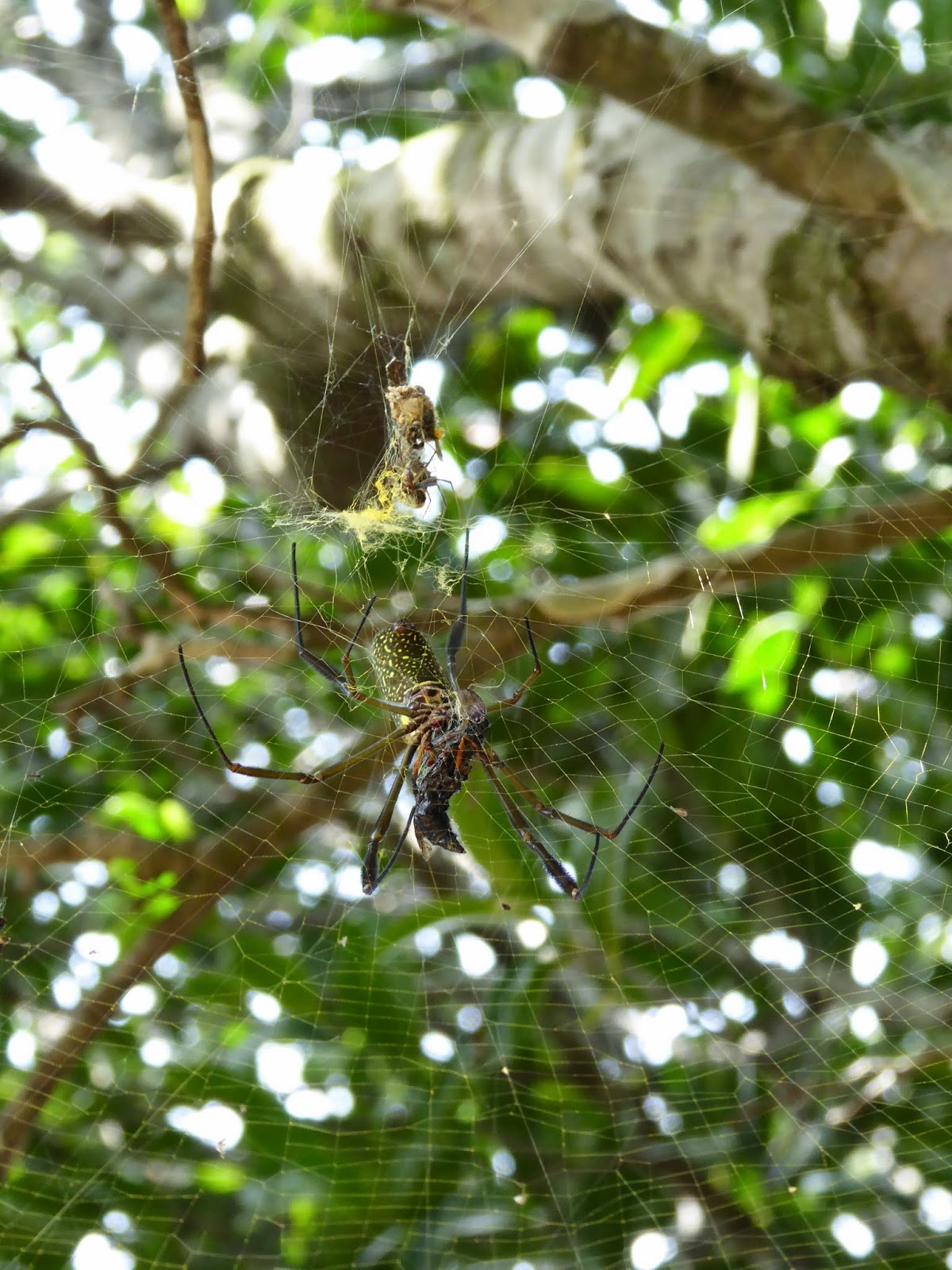 We had a brilliant day and like all good hikers, we rewarded ourselves with a grand feast. We ate a mountain of feijoada and steak, which Katie will talk about in a later food post.

P.S. Tried out a new feature on my camera and tracked the hike.