A Working Trip to Costa Rica

“What?” you say. “Costa Rica? But you only just arrived in Rio!”

Yes, this is true. Some would say that flying another 9 hours to go to Costa Rica is a bit mad. I would tend to agree but my boss wants me to attend some training several thousand miles away. I am but a wheel in a corporate machine and I am happy to make a good impression and follow orders from my new boss (who is a real gent btw.) The benefit of flying on a different cost centre means I get to enjoy the benefits of business class. This means a VIP lounge with free food, booze, truffles, and coffee. It also means I can get electricity and begin this blog about Costa Rica before I have even stepped on an aeroplane. I’m very happy I went to bed at about 9pm so when I woke up at 2:45am to get to the airport, I had enough energy to enjoy this new luxurious world. 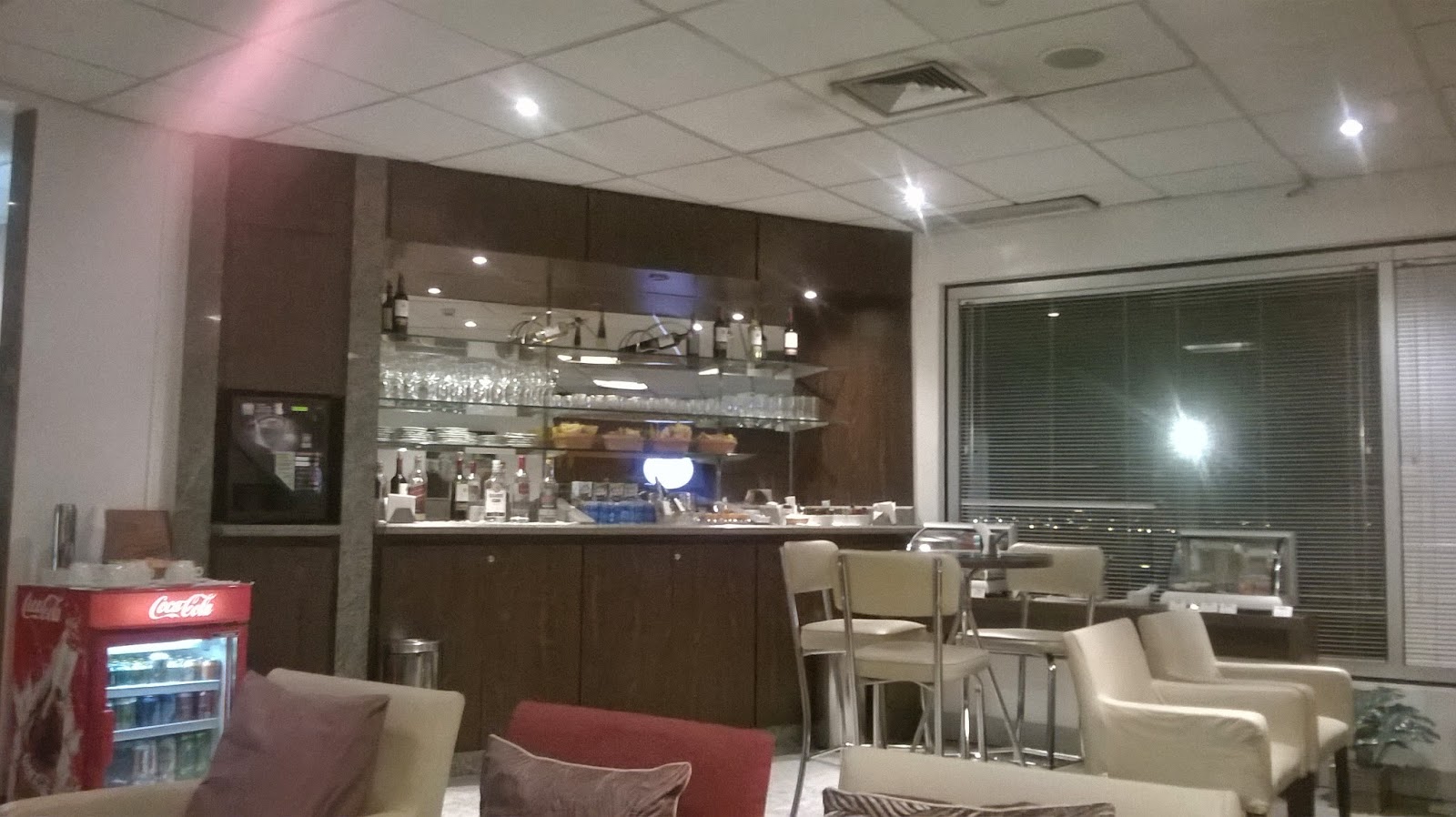 As I start to come to terms with my new business class existence, I have noticed several things. In the executive lounge, it is silent and no-one talks to anyone. It may be because it is not 5am yet and people aren’t as well prepared as me with 9pm bedtimes, but it feels like this is the norm. Why waste time on frivolous conversation and try to understand the human condition when you can immerse yourself on an iPad / newspaper / muted TV?

I am also beginning to understand why people who have grown up with money in their lives feel like they can just take any food or drink they desire when anywhere. The lounge has a free buffet of course and the plane has service, as you’d expect. It breeds this attitude, which I first noticed at University, where people feel like they can just take (they would say borrow but they often don’t buy back unless a “big deal” is made of it) some chicken for example and finish it. I would go to make dinner and my chicken would be gone. “Oh I ate that, don’t worry about it.” Well I am worried because now I don’t have a succulent protein filled bird to chow down on!

In their world view, chickens are as free as a bird and are just handed to them by attractive air stewardesses or available on the buffet cart. There is no cost or effort associated with getting them. And if there is a cost, it’s negligible and they don’t have to think twice. Someone poorer, say me, who was counting every penny at University, sees that yellow stickered chicken and is now wondering what they will have to sacrifice to afford to replace it. Don’t get me wrong, I was never that poor at University but it’s interesting to recognise these different mindsets; something I may only be able to contemplate as I transition from chicken-poor to chicken-rich.

I of course can now afford chicken and will slowly begin to take chicken from others without thinking because it is just a buffet item to me. It has no value, it’s included (soon to be expected) in my VIP lifestyle. In fact sometimes I even buy other animals, such as cow or porcine. I learnt the word “porcine” this week and I am very happy I got the chance to use it. It means pig by the way. I do this thing I think everyone does where I learn something new and then when it comes up in conversation a week or so later and another person does not know the word, I act like they are foolish for not knowing that piece of information that I just learnt... A bad habit that I am trying to stop. (Note from editor: I thought he has just misspelled "porcupine").

I was first to board the plane and before I had even sat down I had a juice in my hand. This was followed by a never-ending supply of drinks, food, and hot towels. The irony of business class, where you are too busy constantly consuming to be able to work, was not lost on me.

Some pictures of the food I received... 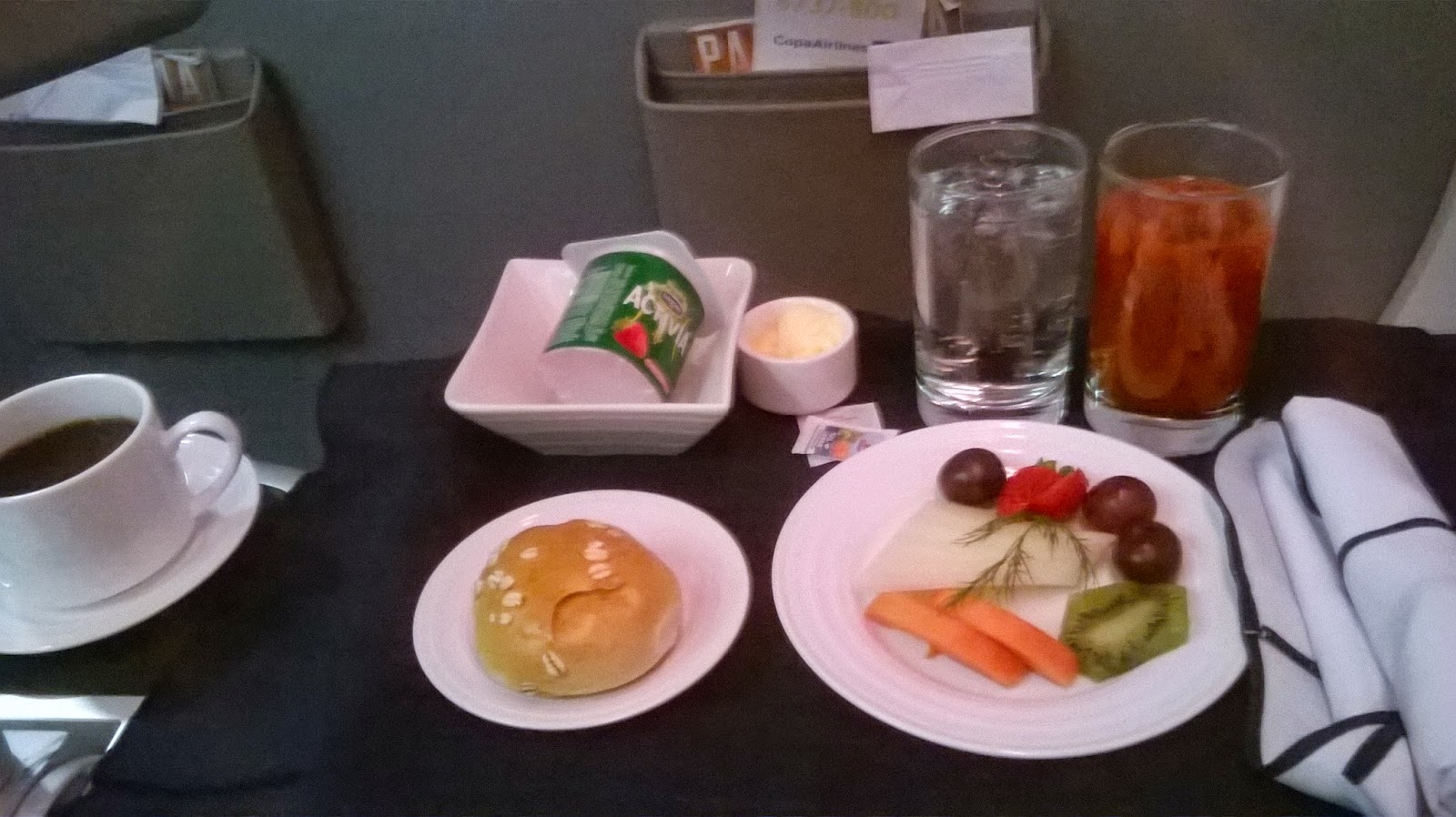 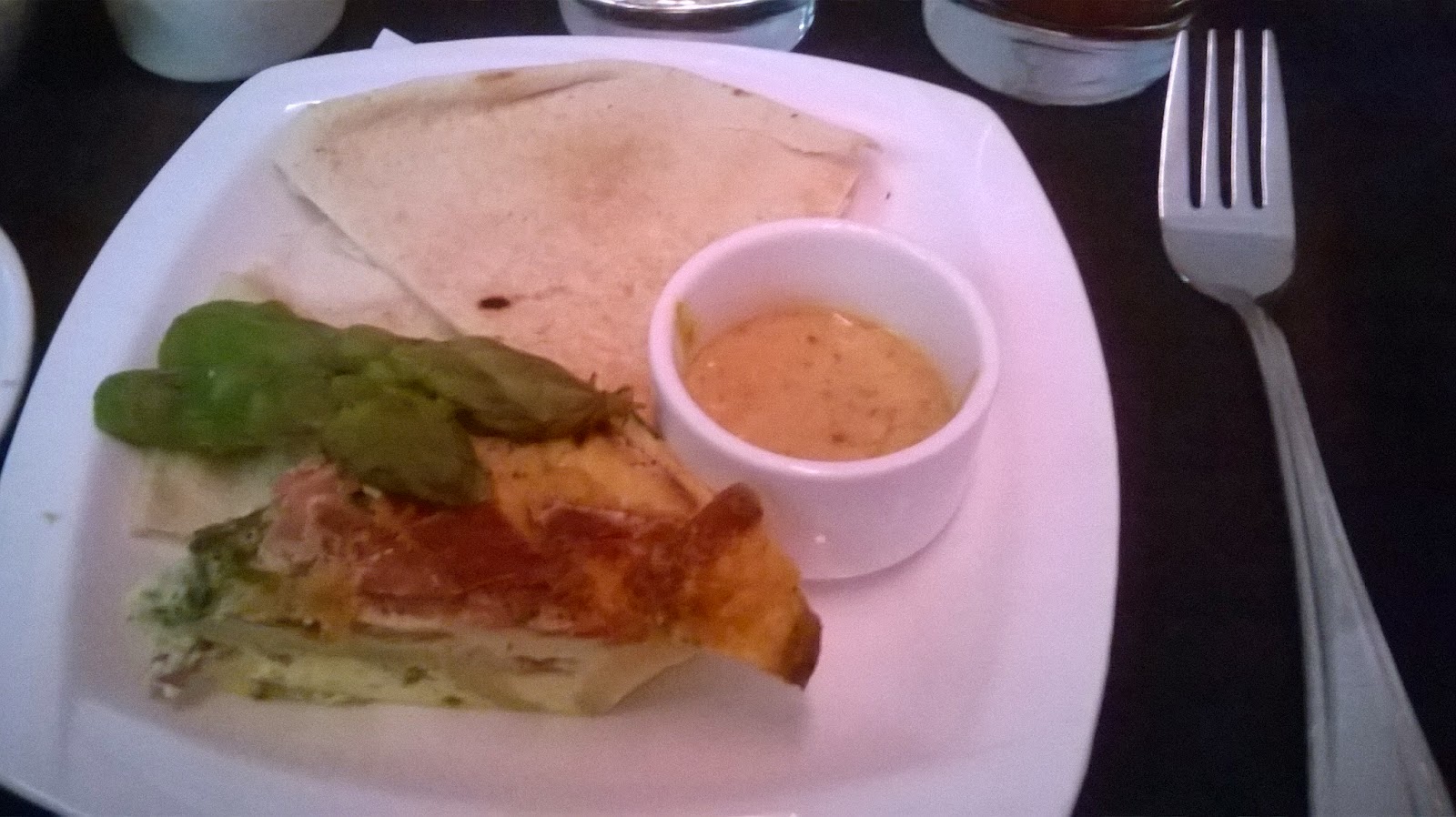 Reality soon hit home though as my connecting flight was back with the cattle in economy. My food was a lot more usual... and this was pretty disgusting. 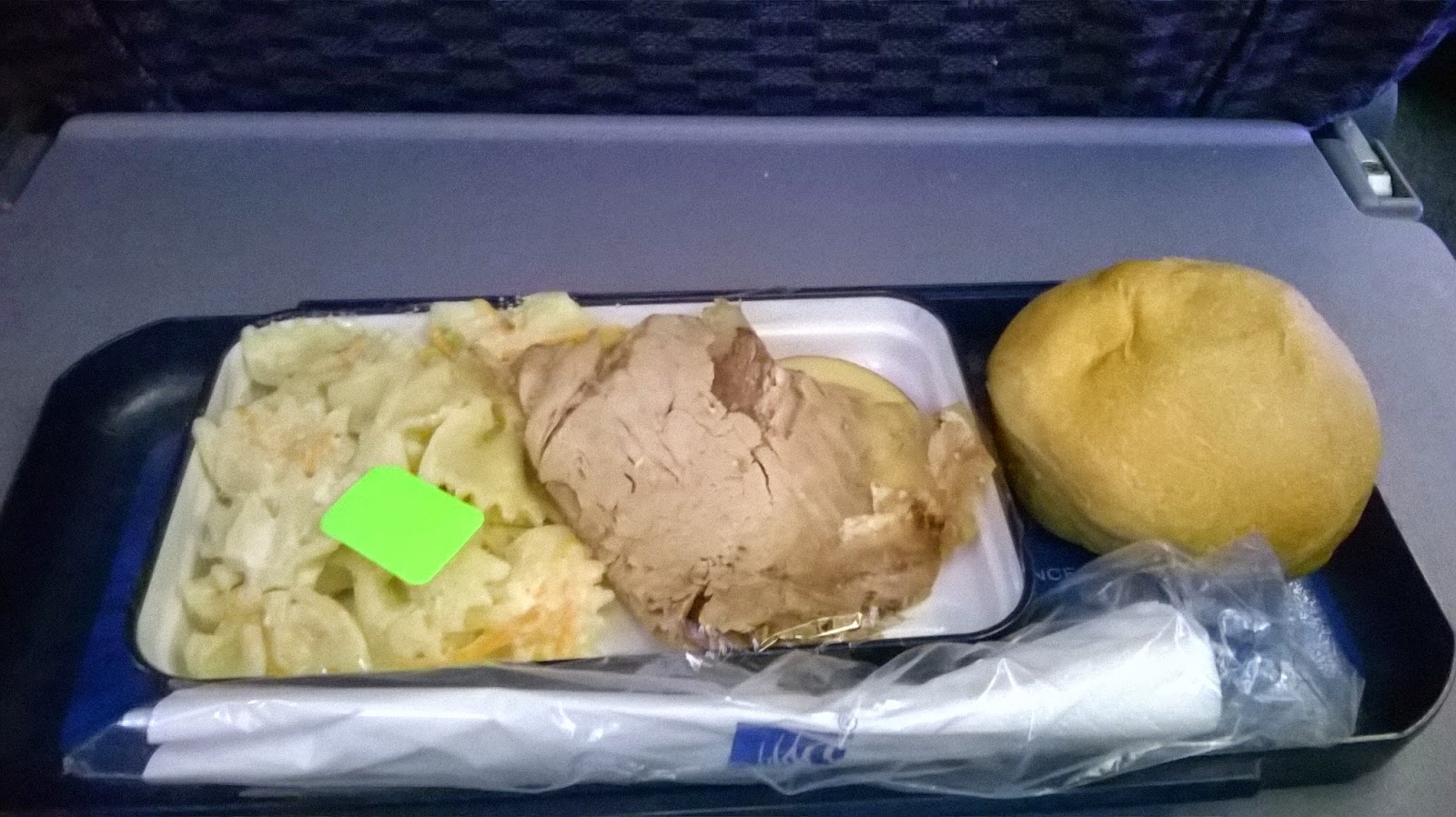 I was queuing for my visa at immigration when I started speaking to a young American chap who had just graduated and was now travelling. He had come from Cuba and was sporting lovely travelling beard hair. He was on his way to meet a friend who lived in the jungle on his own after the environmental studying camp he had lived in became too commercialised / busy. It all sounded like very “Into the Wild” type behaviour and he would be staying with this friend of his for a week. And there was me, who three years previous would have been that guy, but was now about to be picked up and taken to the Radisson where he would be treated with luxury. This moment has stayed with me. Don’t get me wrong, I am aware that I am very lucky and am enjoying my time travelling with work. But I still also crave that freedom to explore and experience, which this young beardy chap was about to get. The grass is always greener and we are never satisfied with what we have I guess...

Anyway I reached the front of the immigration queue when I remembered my current predicament. I am running out of pages on my passport for stamps and need to make sure that the passport control people stamp the right area to ensure I have space for Visas, etc. It is probably the biggest first world problem I have ever experienced. 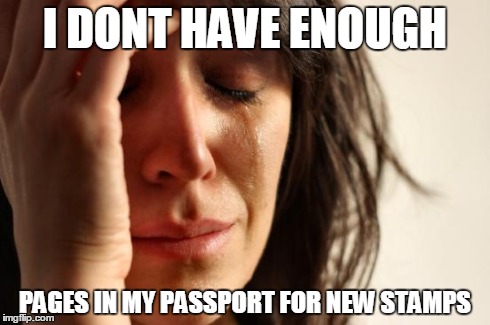 The next blog post will talk about my time in San Jose and a day trip I made to a nearby volcano and botanical gardens. Until then.